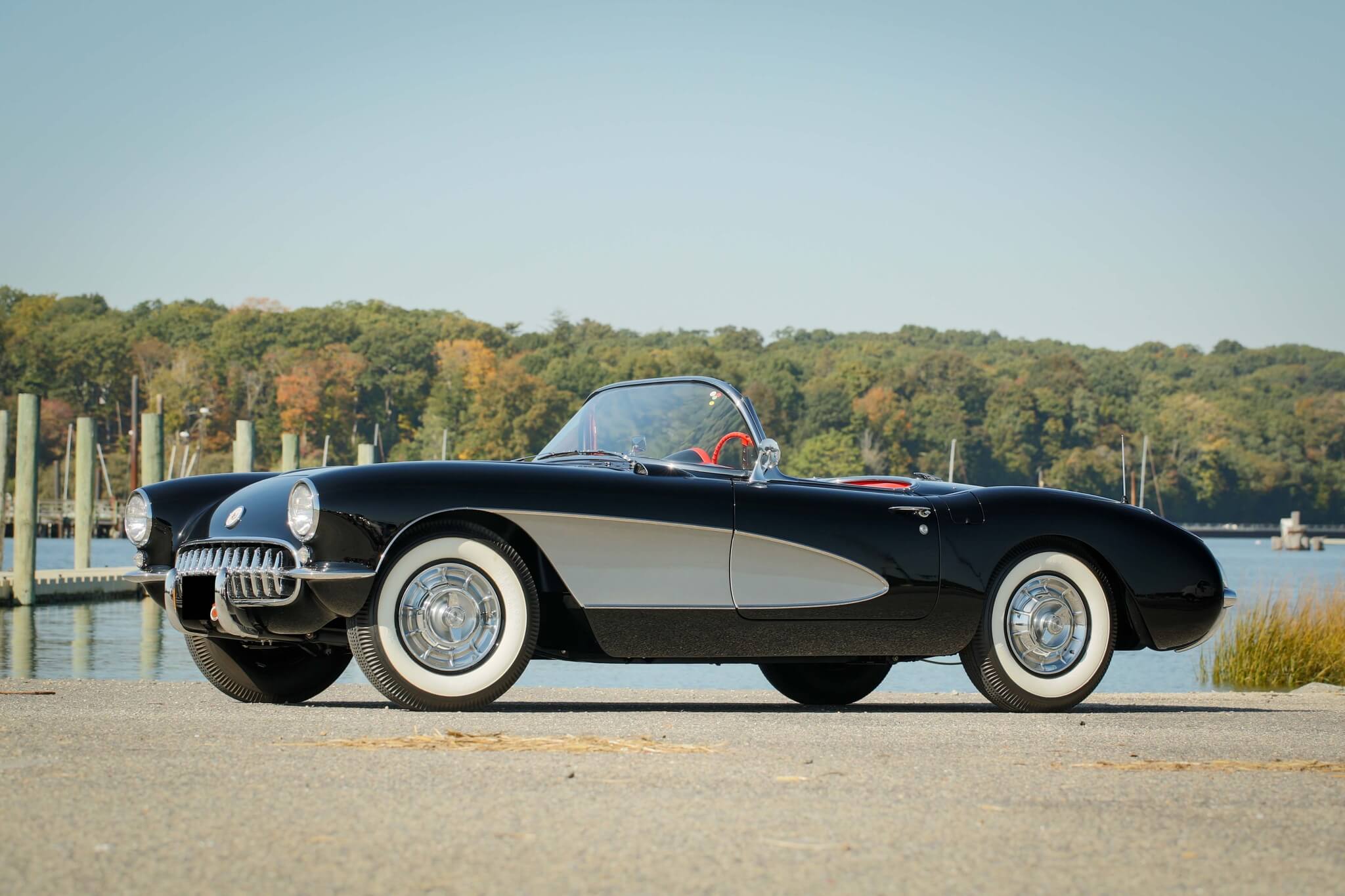 It is our pleasure to present this 1956 Chevrolet C1 Corvette finished in Black over red.  Representing the first generation of Chevrolet’s iconic Corvette sports car, this C1 debuted several notable changes for the 1956 model year including a new body, glass roll-up windows, and a more robust convertible top.  In 1966, this Corvette was advertised for sale by its original owner in the classified section of The New York Times with attributes including a removable hardtop and dual carbureted 225 HP engine.  It was subsequently purchased by its second owner who would care for the car over the next 30 years while keeping a log of maintenance.  It was later acquired by Mike Vietro of Corvette Mike in 1995 with only 18,365 miles showing on the odometer.  Mr. Vietro found the car to be beautifully preserved while retaining its numbers-matching 265 cubic-inch V8 engine.  The car would go on to campaign in various concours events while earning accolades from the Antique Automobile Club of America as well as a Bloomington Gold certification.  It was thoroughly restored sometime before the current owner’s acquisition in 2010 and has traveled less than 1k miles since.  This beautifully presented 1956 Corvette is now being offered for auction by its owner out of New York with just over 19k miles showing on the odometer. 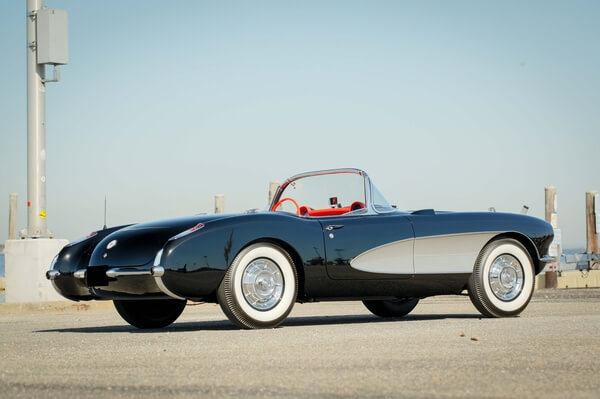 This C1 comes finished in Black with chrome brightwork and a metallic silver accent. Judging by historical photographs, this Corvette was likely refinished in the current nonmetallic shade during the early 2000s.  The factory color of the car was White, as noted in the original owner’s classified listing.  The finish currently shows very well along with the chrome brightwork and matching painted hardtop.  Detailed images are provided in the gallery along with historical photos, concours certificates, and judging sheets.  The factory 15" wheels are currently dressed in Firestone whitewall tires, and the original U.S. Royal tires are said to accompany the sale. 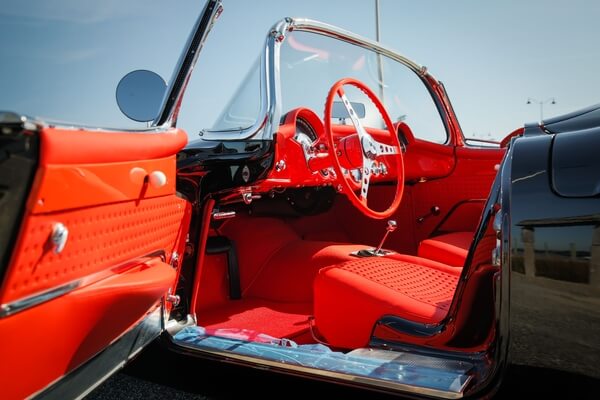 Inside, the cabin has been completely refurbished with new red vinyl upholstery and matching carpets.  The dashboard was refinished in red along with the steering wheel rim, and many new trim pieces were installed including the doorsill plates which remain preserved under a plastic film.  A period-correct Delco radio is mounted in the center dashboard. Under the care of Mike Vietro during the late 90s, the power convertible top mechanism was restored with new rams, flushed hoses, and new fluid. 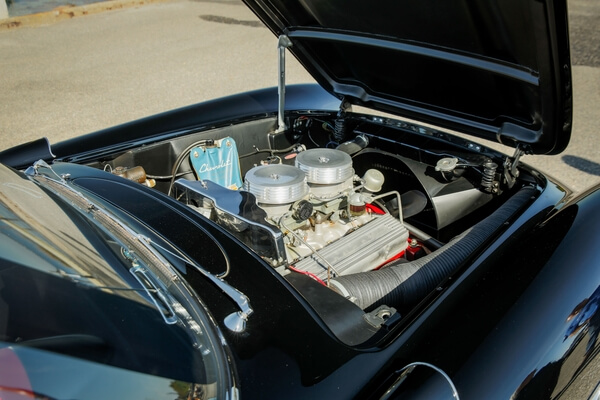 This 1956 Corvette is equipped with a 265ci (4.3L) Small-Block V8 featuring dual four-barrel carburetors and an output of up to 225 HP.  The rear wheels are driven by way of a 2-speed Powerglide automatic transmission. The engine bay appears to have been thoroughly gone through during the restoration and the seller has performed routine oil changes and replaced the battery during their ownership. A handwritten service log covering the second owner's 30-year custodianship is provided in the gallery 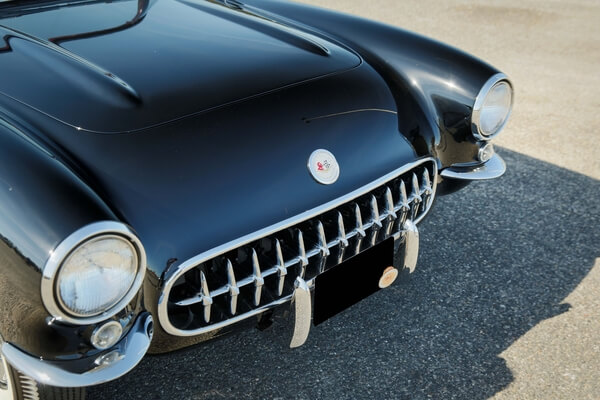 This sale will include a clean title as well as a binder of historical records, photographs, and concours accolades.  A fine representation of America's most iconic sports car, this low-mileage 1956 Corvette is just waiting to be cherished by a new caretaker.