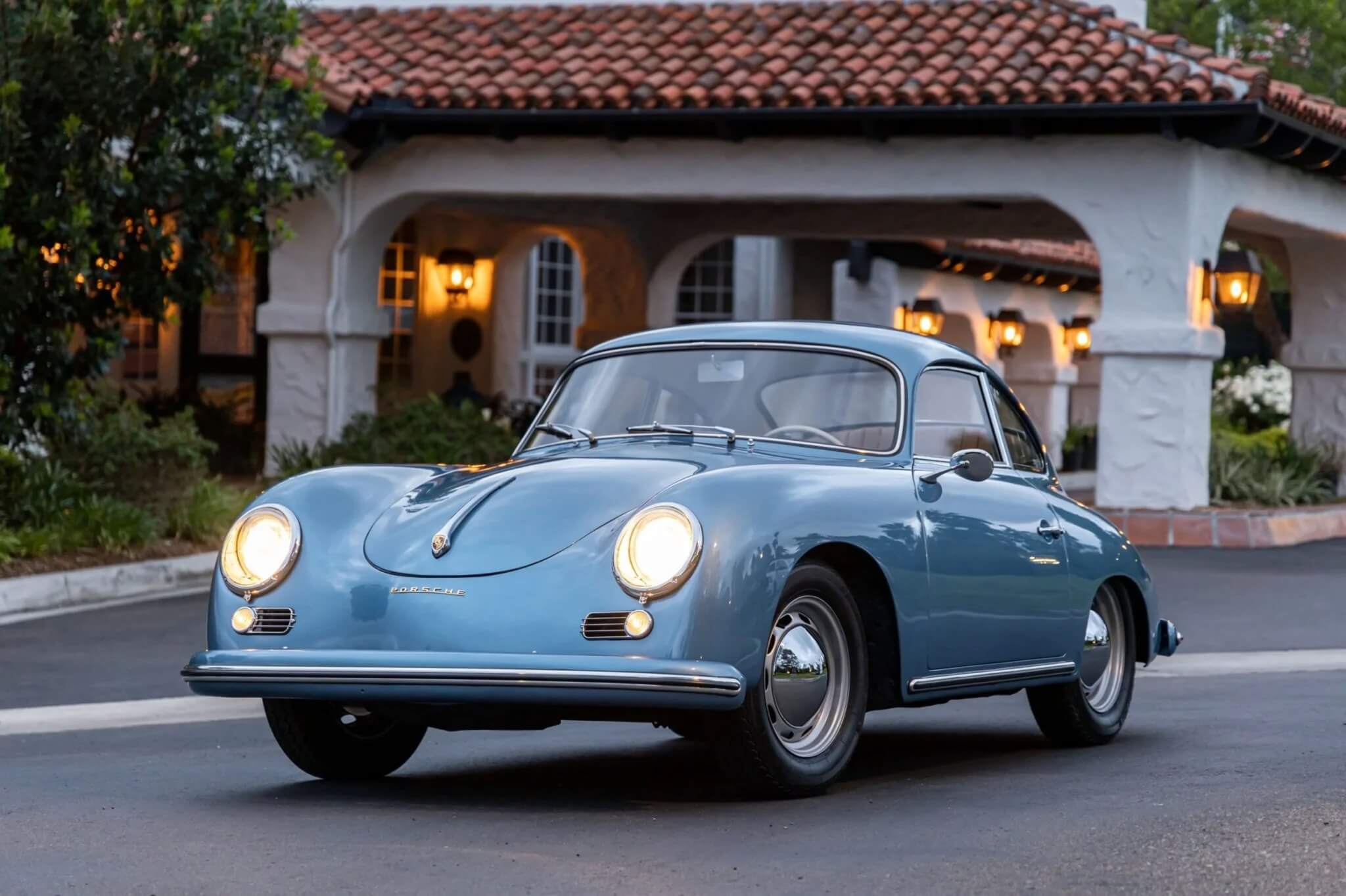 Available for auction is this special 1956 Porsche 356A 1600 Reutter Coupe finished in Aquamarine Blue Metallic over a cognac leather interior. Built on February 27, 1956 this 1956 356A was sold new in Austria and imported to California. It was then exported to Mexico where it remained until being rediscovered in Tijuana by its current owner where it had reportedly sat covered for approximately 30 years. The car underwent an extensive restoration including rebuilds of the numbers matching engine and transmission, metal and paint work, re-chroming of wheels and trim, and reupholstery of the cabin. Said to be a special wishes build, this unique 356 is now being offered for auction by its seller out of California, while showing approximately 24k miles on the five digit odometer. 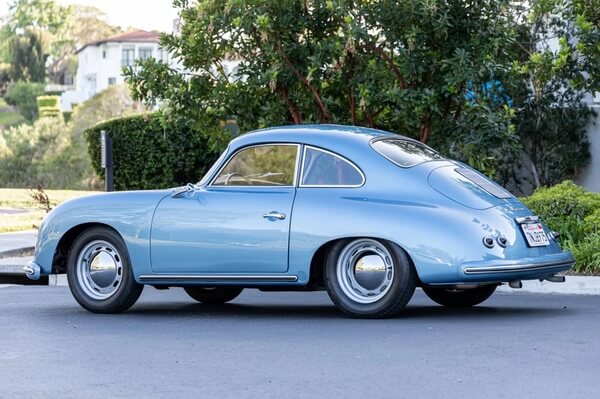 The 356A debuted new T1 bodywork with a single-piece curved windshield, front indicators integrated into the horn grilles, a redesigned Porsche-crested bonnet handle, and new 15” wheels. This example was refinished in Aquamarine Blue Metallic by its current owner. During its restoration process a dent was removed from the right rear quarter panel and the wheels and trim were re-chromed. It rides on a set of 15” wide-five wheels finished in silver with chrome hubcaps and dressed in a set of Vredestein Sprint Classic tires. 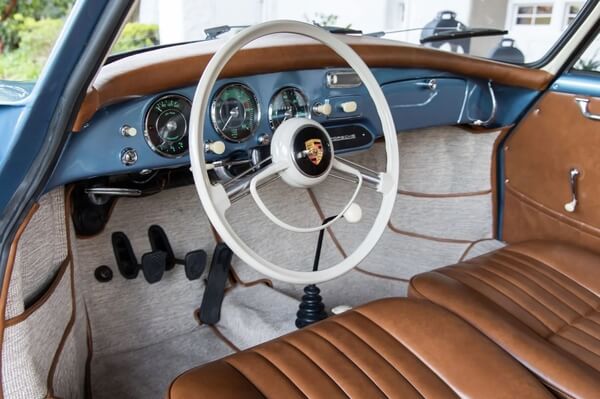 The cabin was reupholstered with cognac leather on the front and rear seats, door panels, and dashboard top. Grey square-weave with cognac bindings cover the floors, and features include a refurbished two-spoke steering wheel, VDO instrumentation, an ashtray, a Porsche-branded radio blanking plate, and a locking glove box. The seller reports that all gauges, accessories, and electronics remain functional. 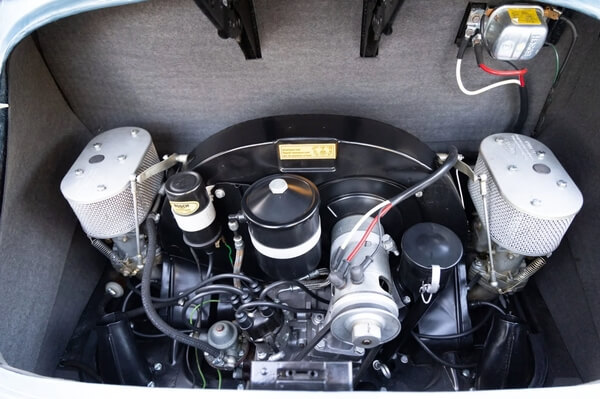 Power comes from a 1600cc air-cooled flat-four cylinder engine (60875) which has been fitted with twin Solex carburetors and Knecht air cleaners. The rear wheels are driven by way of a  four-speed manual transaxle. Under current ownership the numbers matching engine and transmission were rebuilt, and approximately 400 are said to have been added since. Detailed images can be found in the gallery including photos of engine stampings, and the Porsche COA. Two oil and filter services are noted to have been carried out since the restoration of the drivetrain. 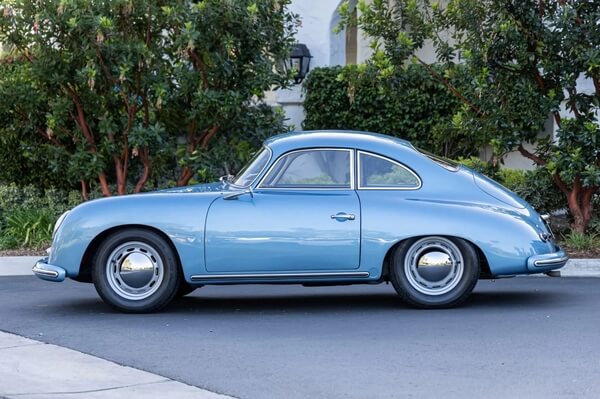 This sale will include a clean title. For enthusiasts of early air-cooled cars this first-year 356A is not to be overlooked.