We are pleased to present this incredible 1956 Porsche 356 A Training Chassis used at the legendary Hoffman Motors dealership in New York City.  Stripped of its iconic bodywork, this 356 A represents 1 of only 2 technical training chassis ever produced for dealerships in the United States.  Originally delivered to Porsche pioneer Max Hoffman, this example had been used to train technicians on the basic mechanics of a Porsche at his famous Manhattan showroom.  At the end of its usefulness, this 356 was eventually acquired by Bill Jones of Jones Autowerks who commissioned a painstaking 11-year restoration project.  Having since spent its time in prominent collections while being featured in various events and publications, this fascinating 356 A training chassis is an incredibly unique piece of drivable Porsche history. 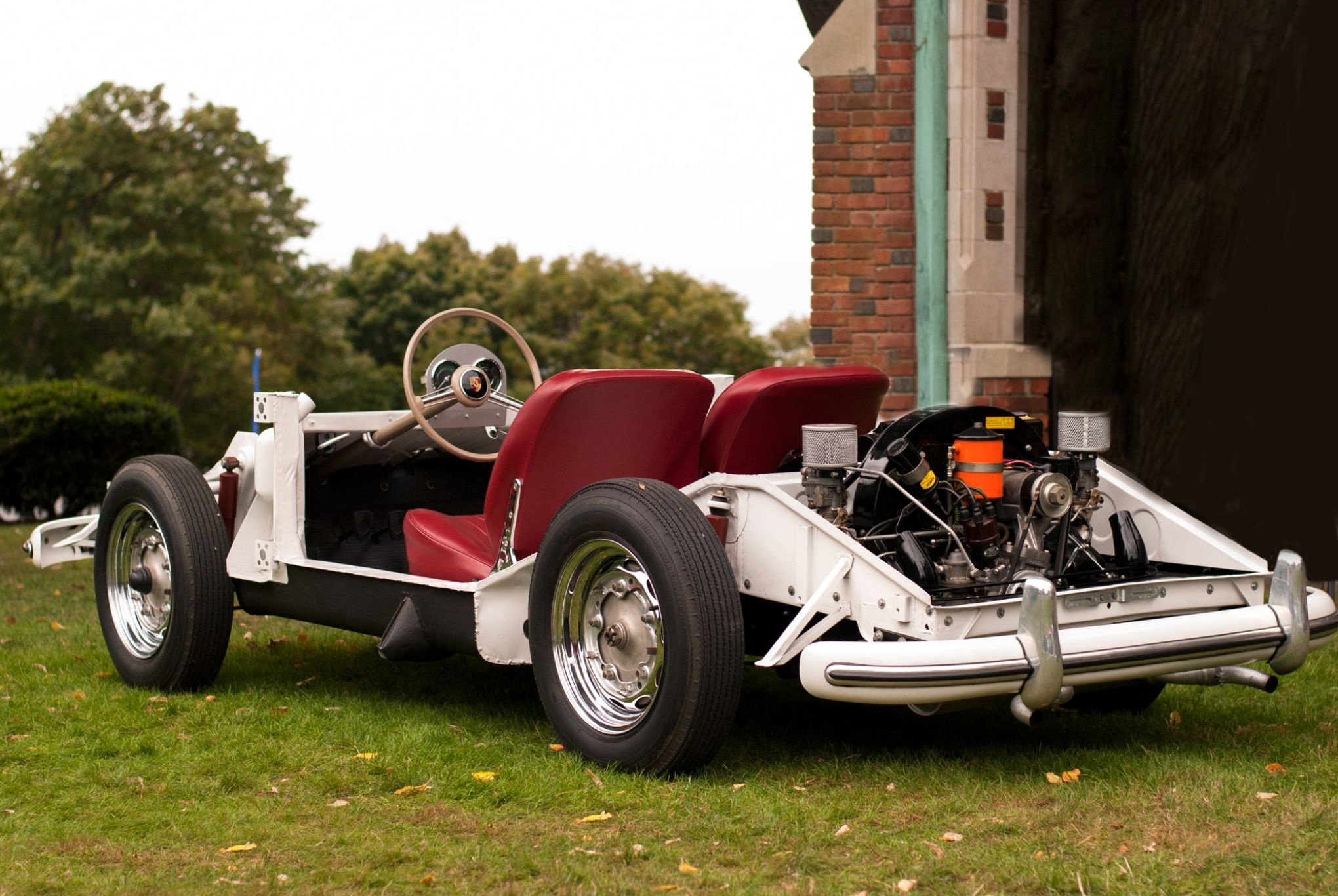 This 356 features a bare white painted frame which fully exposes the inner workings of the car.  This functional chassis is equipped with an asymmetrical suspension setups that differs from the left to right side, so that mechanics-in-training could easily learn to work on both early and late designs.  A unique 4-gallon gas tank originally handmade for a Carrera model is equipped, and the factory tolerances were also intentionally relaxed allowing the components to be more readily disassembled and reassembled.

After moving several times, this 356 was eventually located by Porsche Club of America past National Secretary Ernie Groves, who alerted Bill Jones to its availability.  Jones, a longtime admirer of the car, would go on to carry out an extensive 11-year restoration while preserving as many of the original components as possible.  Horns and bumpers were also added during this time to “fill out” the design while also providing additional safety for spectators. 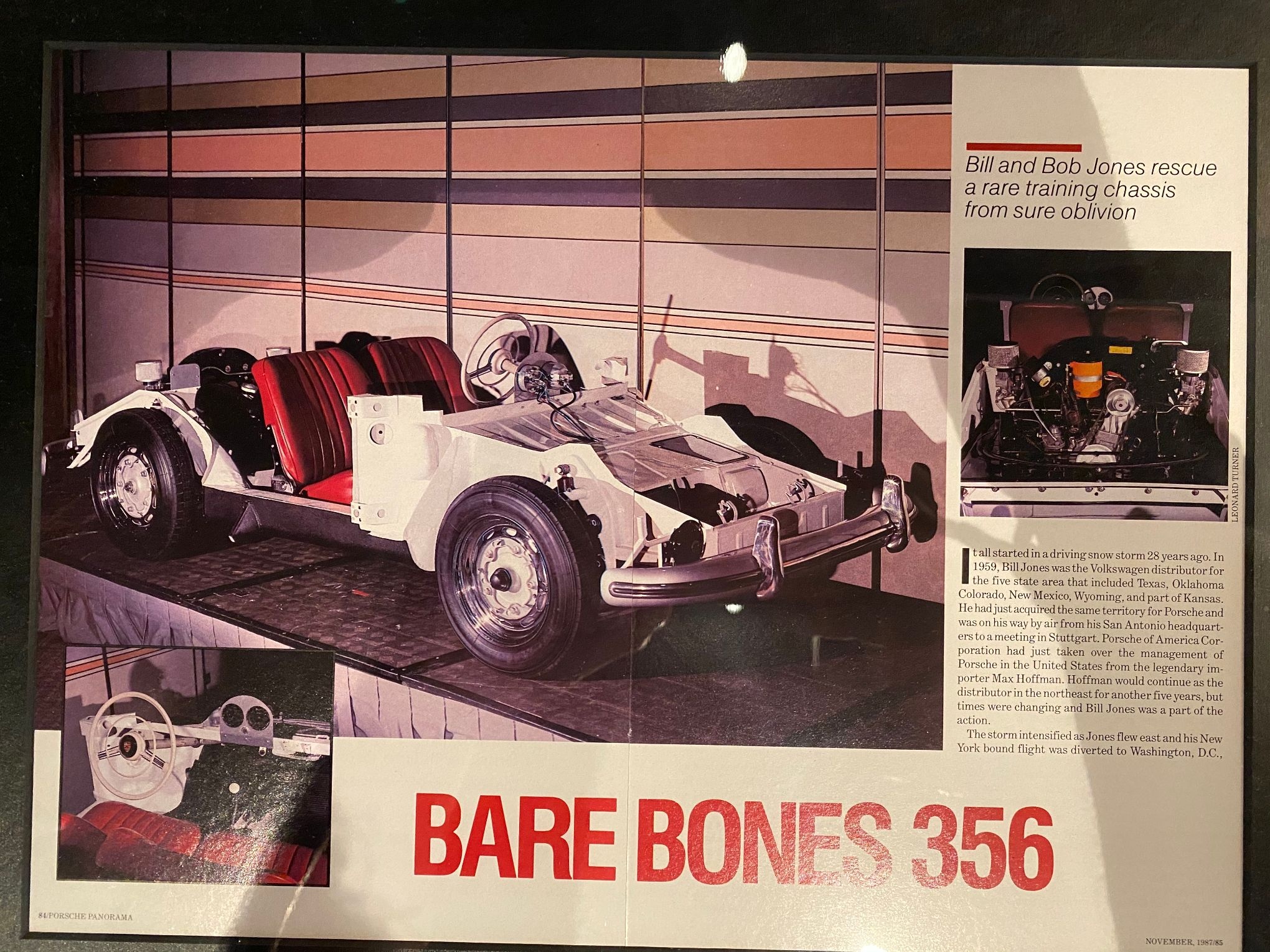 Following its use as a training aid at Hoffman Motors, this chassis was moved to the Porsche of America headquarters in New Jersey where it would be used until the introduction of the new 356 B.  The only other training chassis produced, which was delivered to John Von Newman in California, had been disassembled and sold upon its obsoletion.  The fully restored training chassis made its initial public debut at the Dallas-Fort Worth Porsche Parade in the summer of 1986, shortly before being featured in the November 1987 issue of Porsche Panorama. A copy of this article is included in sale and available for reference within the photo gallery.

The sale of this amazing Porsche artifact will include some featured publications, a collection of documentation, a set of two keys and an assortment of photographs.   Do not miss out on this exceedingly special opportunity to own the only surviving 356 A training chassis in existence.