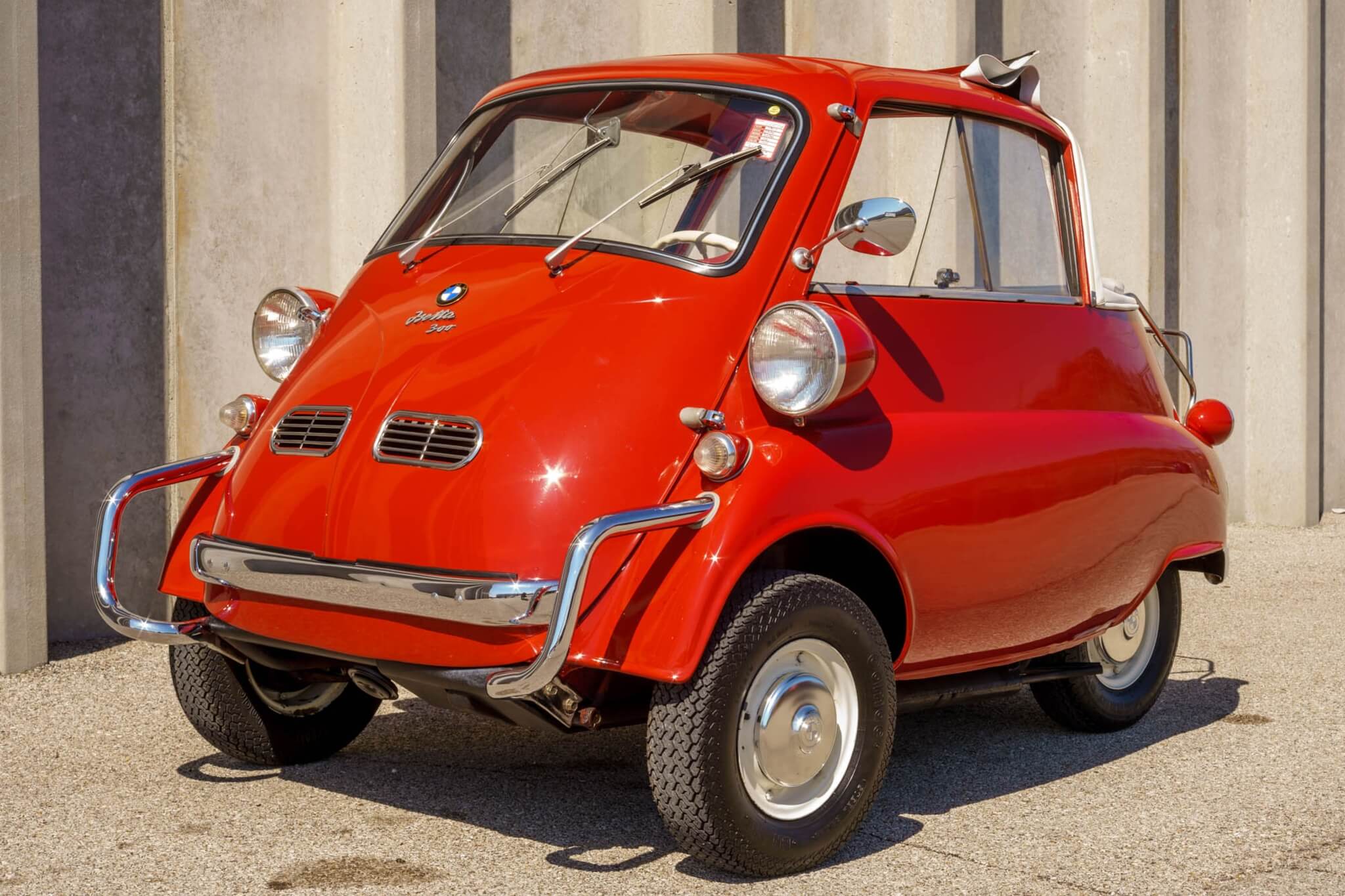 The BMW Isetta was introduced in 1955 and built under license from the Italian firm Iso, retaining the original car’s body while incorporating a new front suspension, upgraded cooling, and a single-cylinder four-stroke motorcycle engine. This 1957 Isetta 300 Cabriolet was originally delivered in the United States and is said to have undergone a restoration in the early 2000s including a repaint in red and re-chromed bumpers as well as a refurbished suspension, steering system, brakes, and a new exhaust. This Isetta 300 Cabriolet is now being offered at auction by its seller out of Missouri. 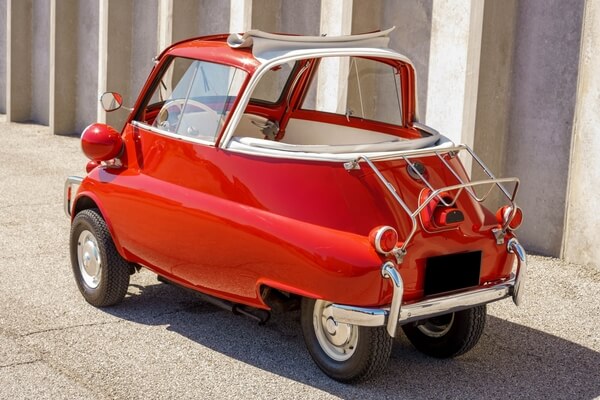 The exterior was refinished in the current shade of red during the restoration and sports a white canvas soft top that folds into a boot behind the seats for storage. The car came factory finished in Birch Green and currently wears U.S.-spec bumpers with overriders, a chrome rear luggage rack, a polished driver’s side door mirror, and a hinged opening front end with “tropical” air vents and dual windshield wipers. The polished 10” wheels are mounted with Camac tires, detailed images are provided in the gallery. 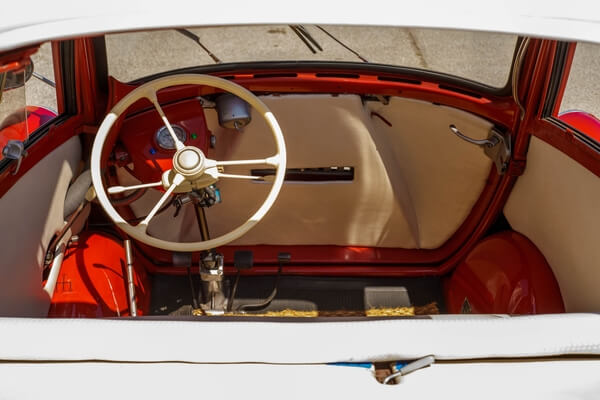 The cabin includes a bench seat trimmed in white vinyl with matching side and front door panels. Amenities include a floor-mounted three-spoke steering wheel, black rubber floor liners, coco mats, sliding side windows, a reverse-sweeping VDO tachometer, and a rearview mirror. The seller states the windshield wipers are currently inoperable. 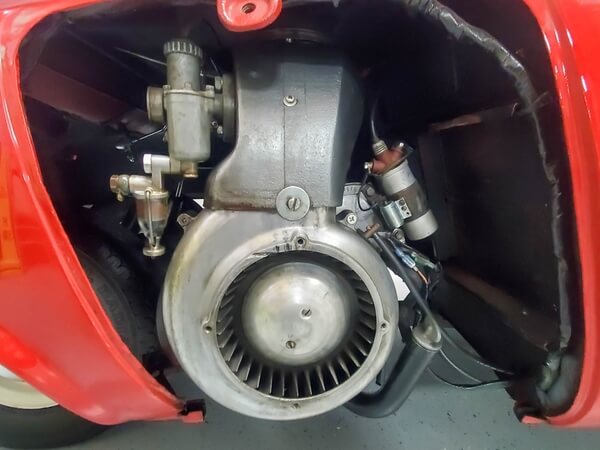 This Isetta 300 is equipped with a replacement 297cc engine rated at 13 HP and 14 lb.-ft of torque. Power is delivered to the rear wheels through a 4-speed manual gearbox. The suspension consists of coil springs in front with leaf springs in the rear, while braking is handled by two hydraulic front drums and a single drum assembly in rear. The seller reports this Isetta received a new spark plug, drive chain, a new battery, a new fuel tap, and an oil service in February 2021. 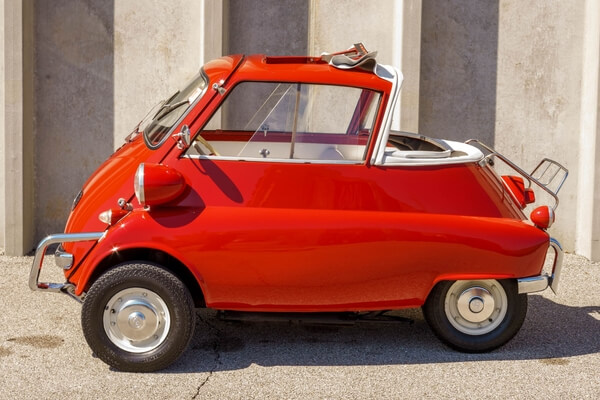