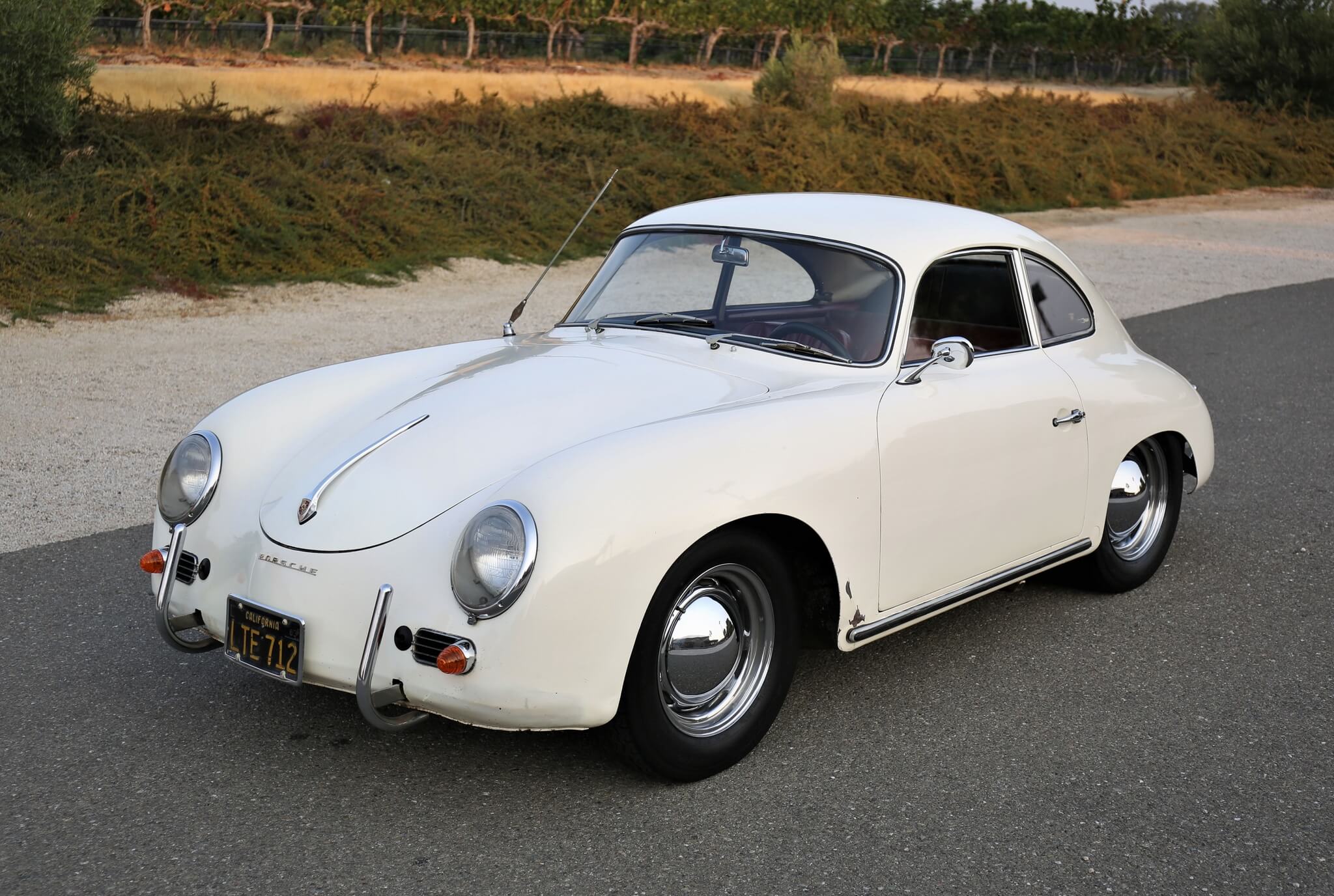 Finished in Ivory over red vinyl, this 1957 Porsche 356A 1600S coupe was originally sold from International Sports Cars Ltd. of Sacramento, California, and later purchased by the current owner on April 3rd, 1963.  Records show extensive repairs and refurbishment efforts over the course of the past 50 years including the installation of an updated Porsche 912 engine in 1975 and a comprehensive rebuild of that same engine just over 40k miles ago.  Accompanied by a collection of original parts including the original numbers matching engine, this 356A Coupe is now being offered for auction on behalf of its longtime owner out of California. 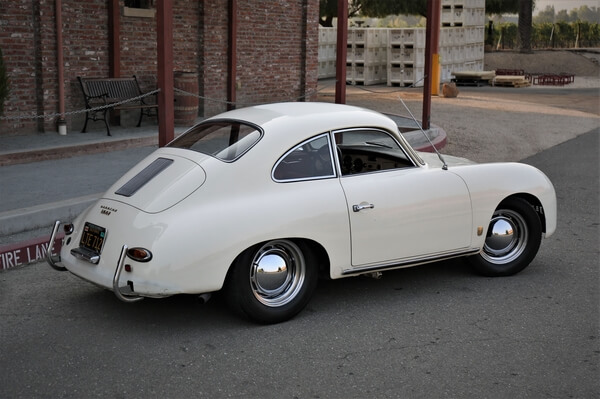 The Reutter bodywork is said to have been refinished once before during the 1980s in its factory specified color of Ivory (5704).  Aftermarket chrome nerf bars were installed during the 1970s and the original bumpers are said to accompany the sale as well.  The 15” chrome-finished steel wheels come fitted with polished moon hubcaps and older Dunlop SP Sport Super Radial Formula 70 tires.  The seller notes evidence of various dent repairs throughout the body as well as several paint touch-ups and other cosmetic imperfections. The car's owner states that no panels were replaced since their purchase in 1963. 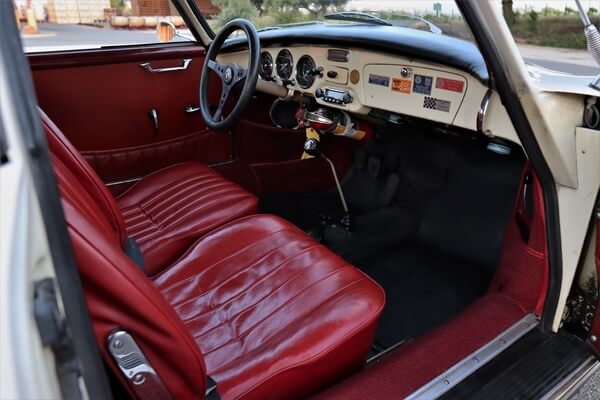 The red vinyl interior has been customized with a Racemark 3-spoke steering wheel, Porsche emblem shift knob, and period race plaques mounted on the glovebox door.  The upper dashboard and rear panel have been replaced with black vinyl to reduce glare while driving, and the original red vinyl panel is said to accompany the sale as well.  The original Blaupunkt AM/FM/SW in-dash radio is present and functional along with the front kick-panel speakers. Patina is visible throughout the cabin and the seller notes the driver-side speaker cover is torn, as is the black rubber floor cover.  The five-digit odometer shows approximately 65k miles, while the owner's log reports the car to have traveled a total of 265,722 miles in its lifetime. The total mileage remains unknown. 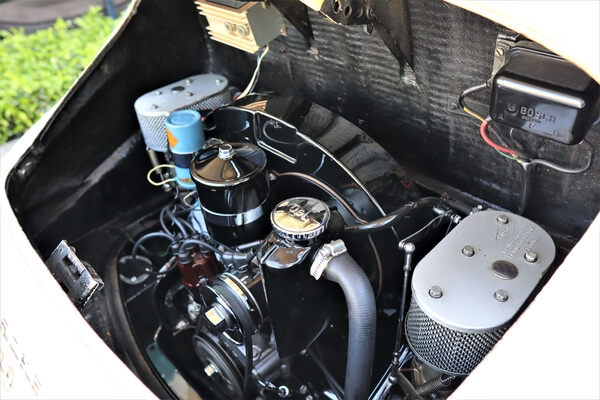 In January of 1975, this 356A was equipped with a replacement 1,600cc flat-four engine sourced from a 1968 Porsche 912 (#1280620).  Records also show the installation of a newer replacement 4-speed manual gearbox in March 1966.  The car’s original 1600S flat-four engine (#81170) is included with the sale and is said to have been rebuilt and modified in 1969 with aluminum cylinders, 912 connecting rods, 1,700 pistons/cylinders, new Solex 40PII-4 carbs/intake manifolds, 912 springs, and an aftermarket camshaft.  The currently installed Porsche 912 engine has just over 40k miles, corresponding invoices are included in the car’s records. 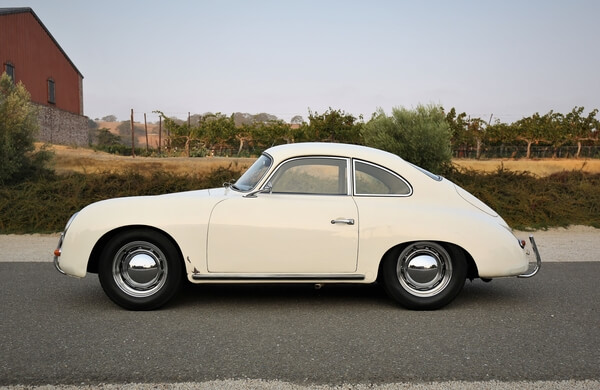 This sale will include the original motor, bumpers, steering wheel, various factory components, period photographs, a copy of the Kardex, and a clean California original “pink slip” title. Driven and maintained by its custodian of nearly 60 years, this 356A is ready to begin its journey with a new owner.