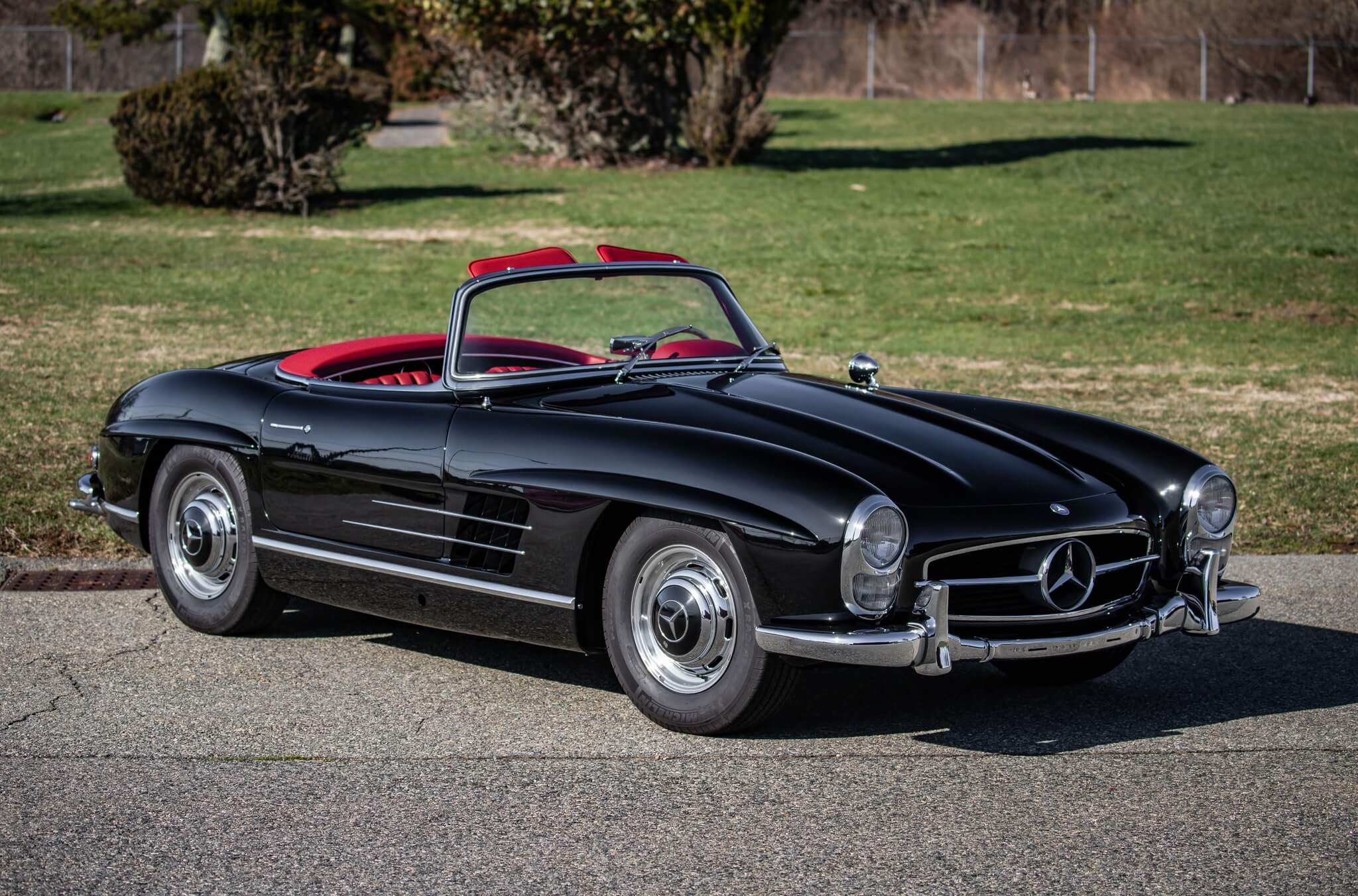 PCARMARKET is proud to present for auction this 1961 Mercedes-Benz 300SL Roadster from the esteemed Newport Car Museum. Originally conceived as a racing car then as a sports coupe, the 300SL Roadster was the brainchild of America’s then-official Mercedes-Benz importer, Max Hoffman. Introduced to the public at the Geneva Motor Show in May of 1957, the 300SL is one of the most significant motorcars of the 20th century taking claim for many technological firsts. Representing one of 1,858 Roadsters built over a 7-year period, this 1961 example is being offered for auction by its owner out of Portsmouth, RI. 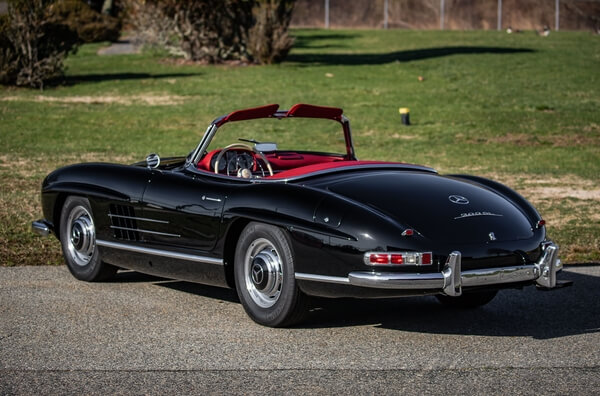 The 300SL was a direct descendant of the 1952 Le Mans W194 competition coupe. The SL's design incorporates the racer's rigid and lightweight tubular space-frame chassis, the first of its kind seen on a production road car. Compared with the Gullwing Coupe, the Roadster’s chassis was redesigned with lower sills to accommodate normal swing-opening doors. Said to have been beautifully restored prior to the owner’s acquisition, this Roadster is finished in its original color Schwartz Black with a red convertible top, detailed images are provided in the photo gallery. Some notable features include elegant stripes over the wheel arches, fender louvers and U.S.-spec headlamps. 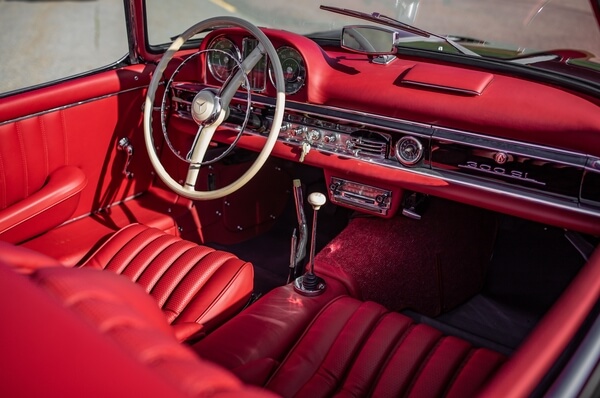 The interior cabin of this 300SL Roadster features factory-equipped, code 1088, red leather seats, dashboard and red carpeting, along with chrome brightwork, analog instruments and a 4-speed manual shifter. The driver is supplied with roll-up windows and a 2-spoke, horn-ring, Ivory steering wheel. Arguably the biggest benefit the Roadster gained over the Gullwing was superior ventilation, thanks much in part with larger windows and an open top. 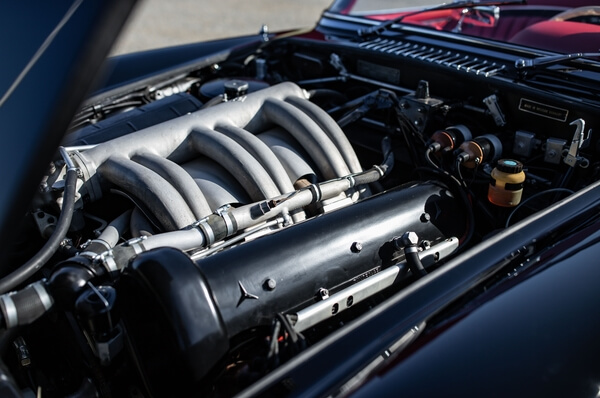 This 300SL is equipped with a type M198 3.0 L straight-six-cylinder motor canted at an unusual 45-degree angle, permitting for a lower hoodline. This front-mounted engine using a direct fuel-injection, the first for a production car, supplies 225 HP to the rear wheels, a boost of 10 HP from previous years. Per images of stampings and plate, it is believed that this 300SL is fitted with its original numbers matching engine. Tests by Road & Track in 1955 suggest the 300SL accelerated to 60 MPH from a standstill in 7.4 seconds, going on to achieve a top speed of 140mph. Suspension was independent at all four corners and low-pivot swing axles served both to lower the car and improve its handling. 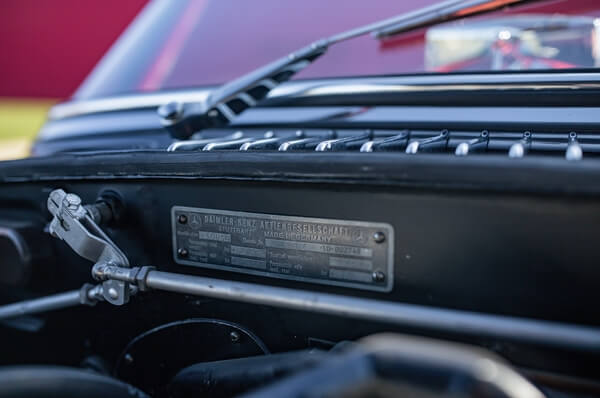 The sale of this 300SL will be accompanied by a hard top and an original mirror. Now six decades after it was introduced, the 300SL Roadster remains one of the world’s favorite sports cars. This example not only makes for an excellent Sunday driver, but a welcome ticket to the most exclusive motoring events such as the California Mille, the Copperstate 1000, and the Colorado Grand.