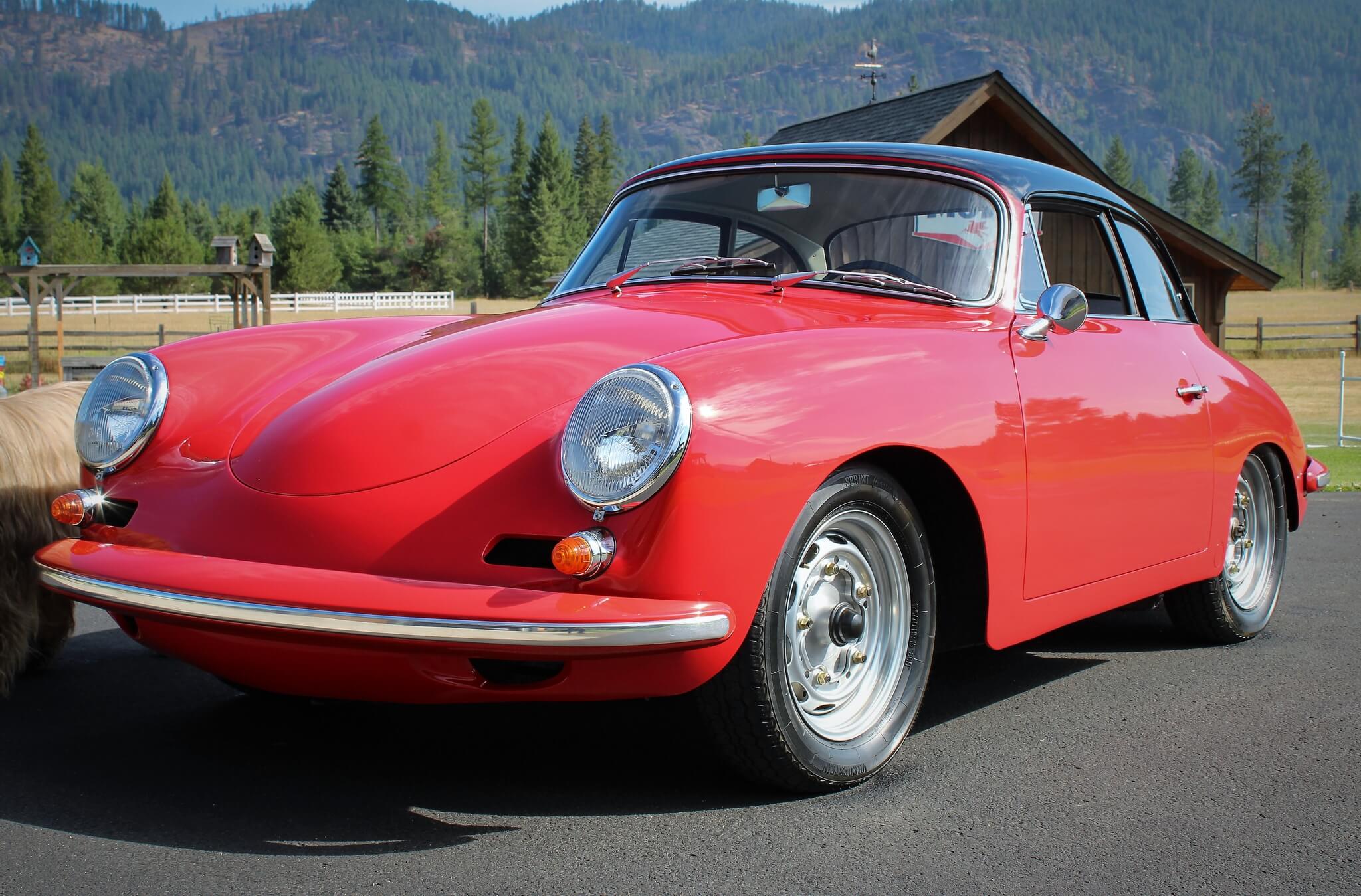 We are pleased to present this 1961 Porsche 356B T5 Hardtop Coupe finished in Signal Red over a black interior.  Among the first Porsche’s built by Karmann, the T5 Hardtop Coupe or “Notchback” was essentially a Reutter-bodied Cabriolet with a steel hardtop welded in place by Karmann.  One of only 1,048 356B T5 examples ever produced, this 1961 Hardtop Coupe is said to have been stored away for almost 20 years before it was acquired by famed 356 restorer Gary Emory in 2003.  The current owner later sourced the car through Gary Emory in 2007 and subsequently performed a nut-and-bolt bare-metal restoration over the next several years along with the installation of an upgraded 1720cc engine.  One of the rarest and most unique 356 models ever made, this nicely restored T5 Notchback Coupe is now being offered for auction by its seller out of Washington. 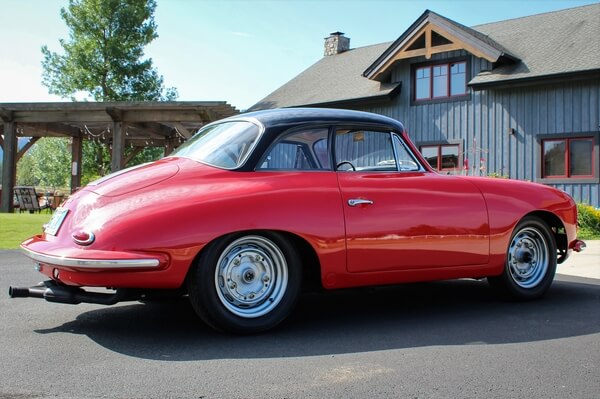 Upon their acquisition, the current owner thoroughly disassembled and inspected the car and found the metalwork to be in excellent condition with only minor rust on the driver and passenger footwells.  The owner adds that the fender and trunk wells retained all the factory under seal as solid as the day it rolled out of Stuttgart.  After the car was stripped to bare metal, it was refinished with PPG paint matched to the original shade of Signal Red.  The paintwork was applied in a two-stage base/clear with contrasting black paint for the hardtop.  The exterior was also streamlined for a GT-style appearance during the restoration with deletion of the reflectors, bumper guards, and emblems.  Additional images are provided in the photo gallery.  The factory steel wheels were powder coated and mounted with new Vredestein Sprint Classic tires sized 175/70HR15.  Longer wheel studs were also fitted along with ¾” aluminum spacers to provide a wider, more aggressive stance. 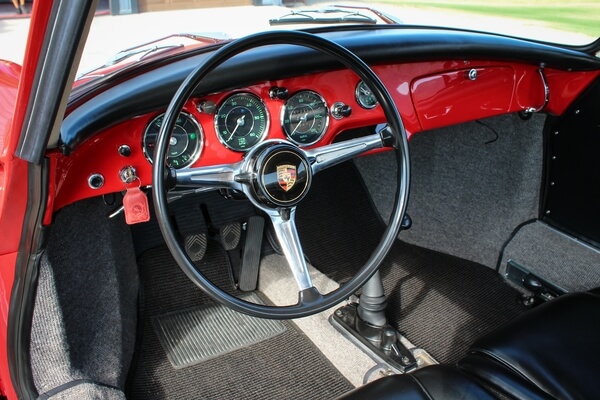 The cabin has been completely restored with all new upholstery, trim, and square weave carpeting.  Specially crafted GT bucket seats were fitted, and all the gauges were sent to Palo Alto for restoration.  The shop owner believes the odometer has never turned owner and that the current mileage is likely accurate.  All instrumentation and electrical components are said to be working properly.

Upon discovery of some issues with the case of the original engine, the owner opted to install an upgraded flat-four sourced from a 1964 356C.  This engine was subsequently rebuilt by Alpine Motor Cars in Hayden Lake, Idaho, and upgraded to a 1720cc displacement along with Porsche 912 cams, Weber 40mm carburetors, and a Sebring exhaust.  The 4-speed manual gearbox was also rebuilt by Alpine Motor Cars during this time.  The builder estimates the engine output at approximately 100 HP. A Wilhoit short shift kit has been installed along with a Wilhoit 17.5 mm front sway bar and an adjustable Elephant Racing rear spring plate setup.  The seller reports that less than 500 miles have been driven since the completion of the restoration. 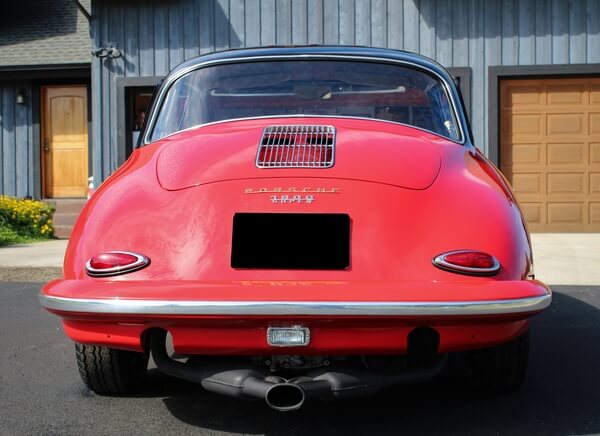 This sale will include a clean title. A rare and increasingly sought-after collector’s item, this beautifully presented 356B T5 Notchback awaits its next caretaker.