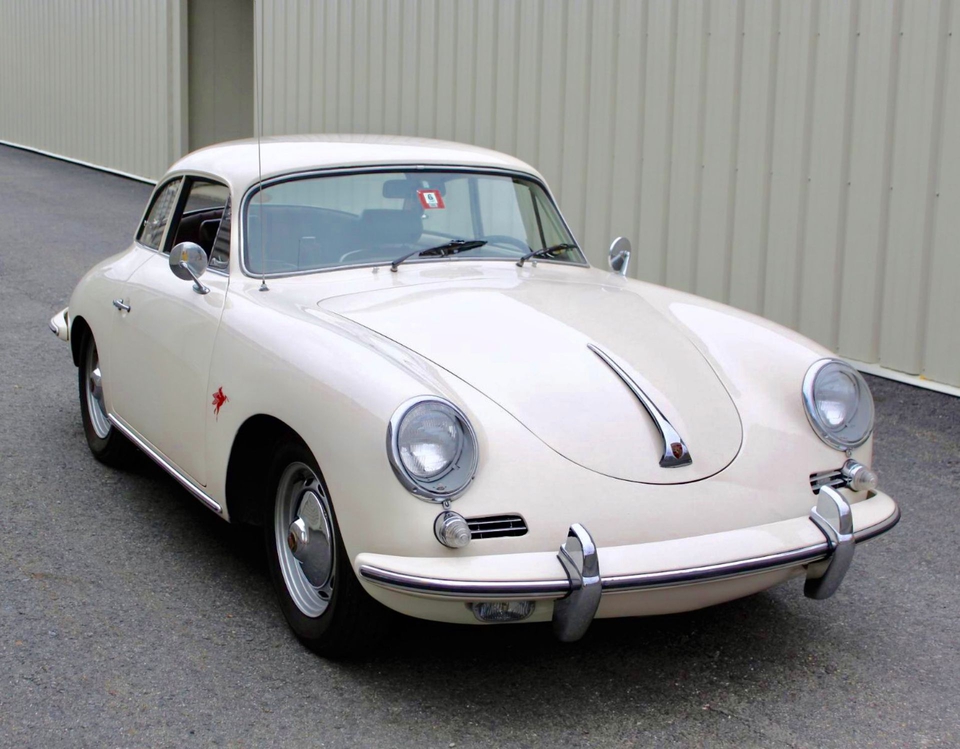 Up for auction is a very special and unique 1961 Porsche 356B Karmann Notchback Coupe.  T5 notchbacks feature cabriolet bodies that were converted to coupes at the Karmann factory.  This 356 was originally sold by Porsche Car Pacific in San Francisco.  The seller who owned this car from 1970-1973 was browsing the internet in 2013, found the car and purchased it back 40 years later! In 1973 it was bought by an Arizona racing group and campaigned for a year before being acquired by an engineering professor, who refurbished the car in 1974 and kept it until 2013. This 356 is one of 1,048 T5 coupes produced in 1961, and it is now offered with records dating back to 1970, articles and photos documenting its history, awards, a Kardex, and a transferable Vermont registration. 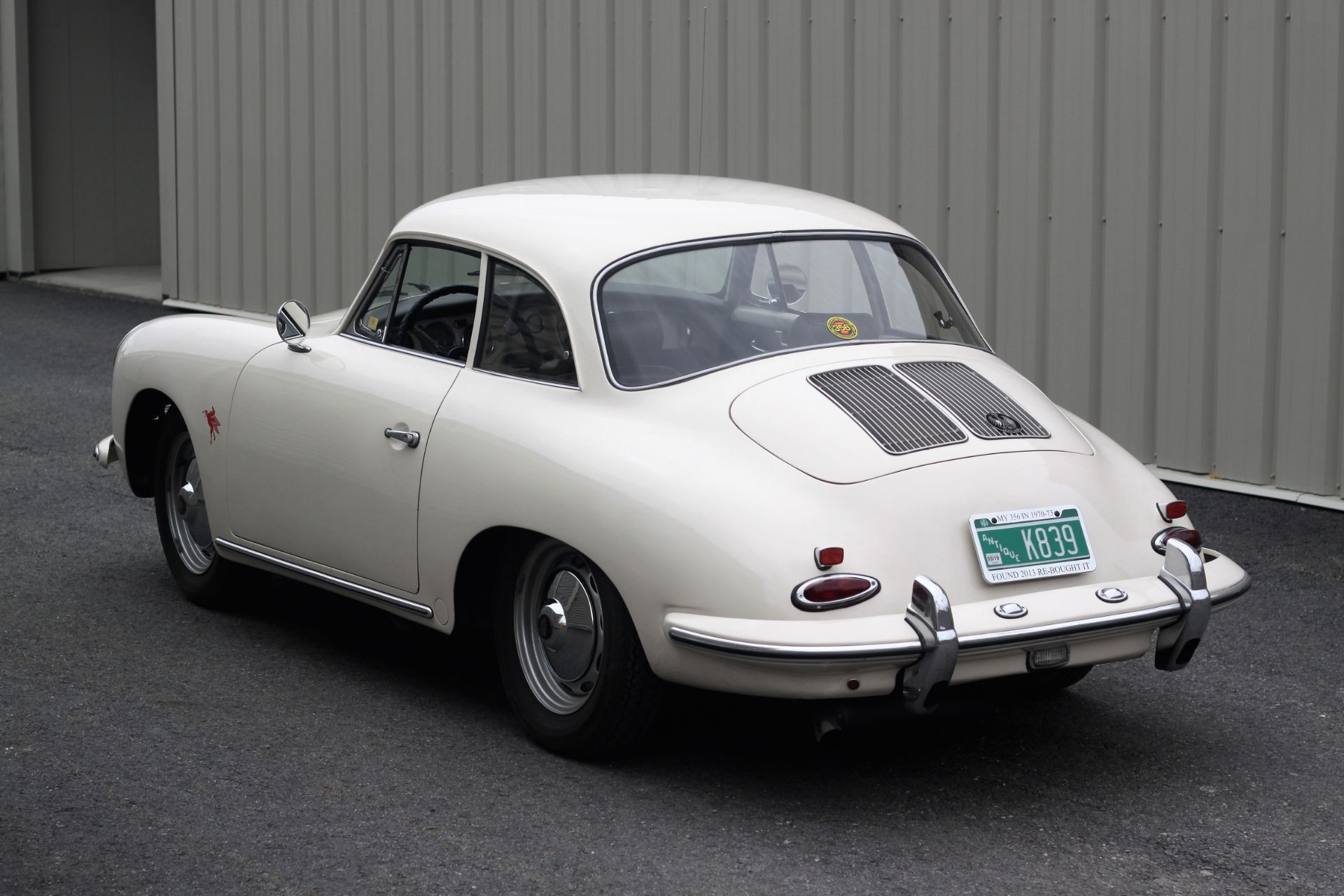 The seller put a strong emphasis on the fact that this car was in dry climates for its entire life and is incredibly solid.  This is probably the single most important factory when considering a 356.  The Light Ivory paint is stated to be in remarkable condition and shows exceptionally well.  In 1974, the trim, glass, lighting, doors, hood, and deck lid were reportedly removed for the Sikens repaint.  There had been prior bodywork in 1971 after the car was rear ended while parked at which point a later-style deck lid with dual grilles was installed. 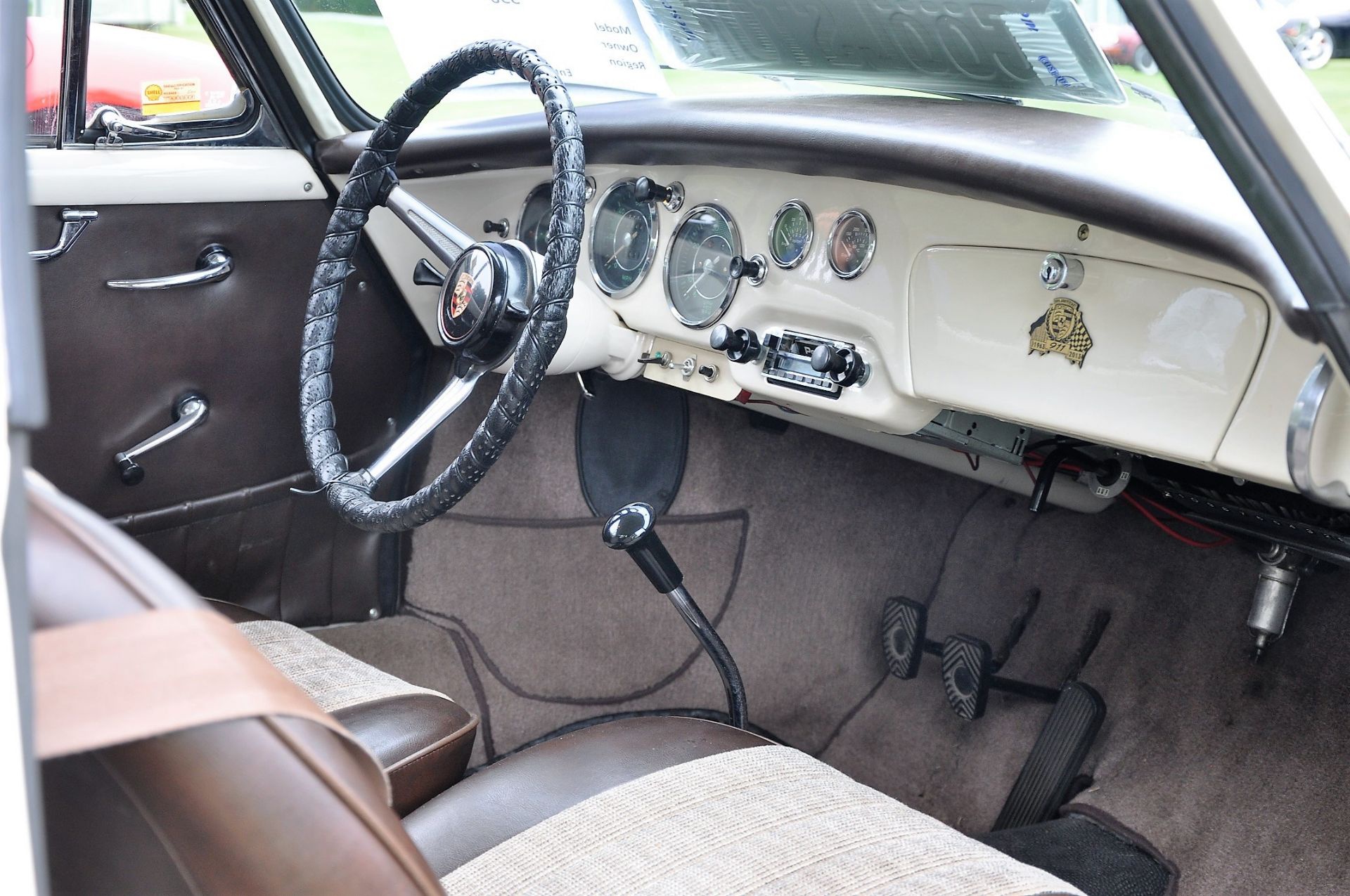 The interior was re-trimmed in 1974 with the seats upholstered in dark brown leatherette and corduroy inserts. Tan carpeting is protected by a set of Coco mats, and the 3-spoke steering wheel wears a perforated wrap. According to the seller the heater cables are not hooked up. The tachometer does not work, nor do aftermarket oil pressure and oil temperature gauges that have been added in the dash. The seller believes the sending unit for the aftermarket gauges needs to be replaced. 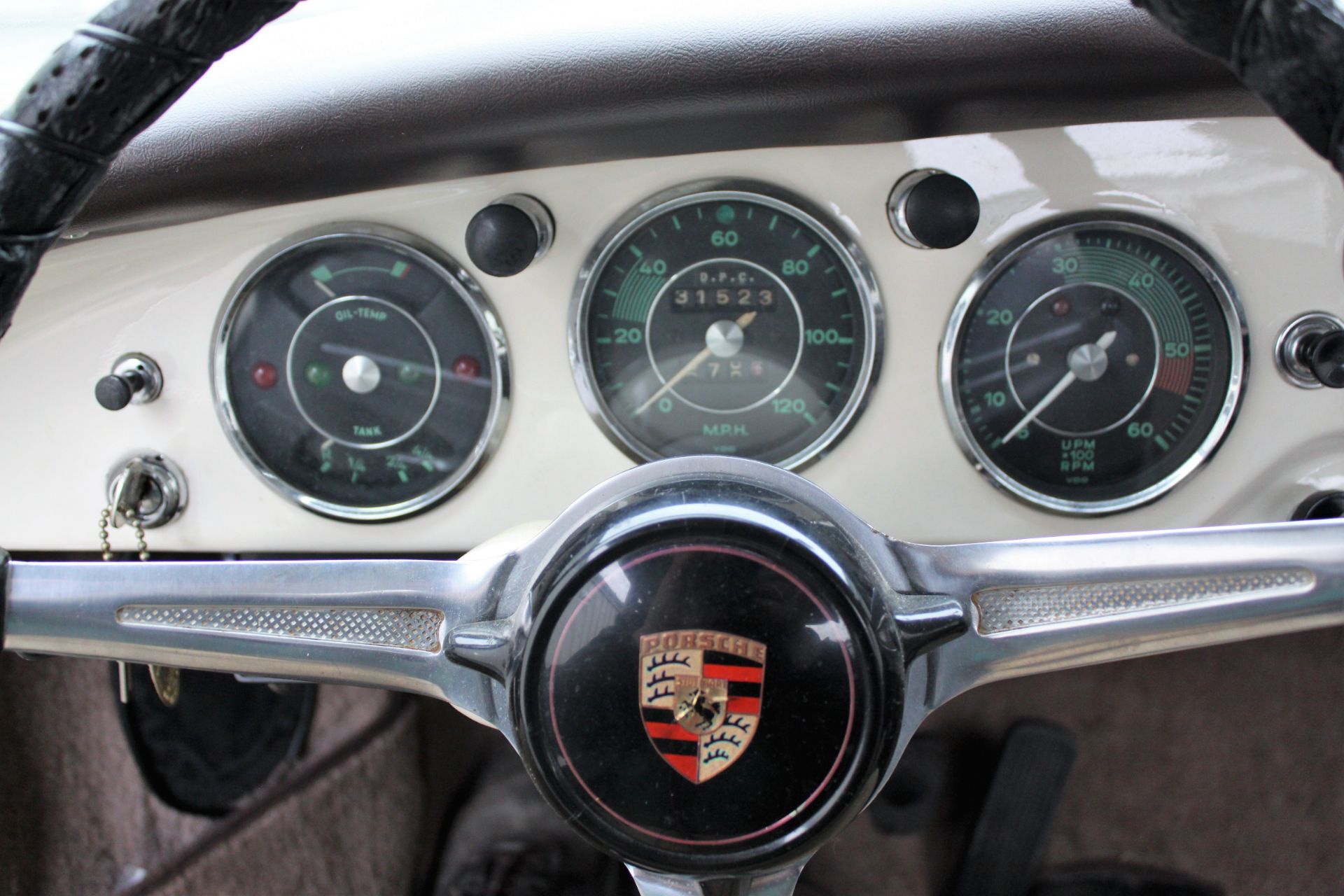 The 5-digit odometer shows 31k miles and is believed to have turned over once based on documents dating back to 1970. 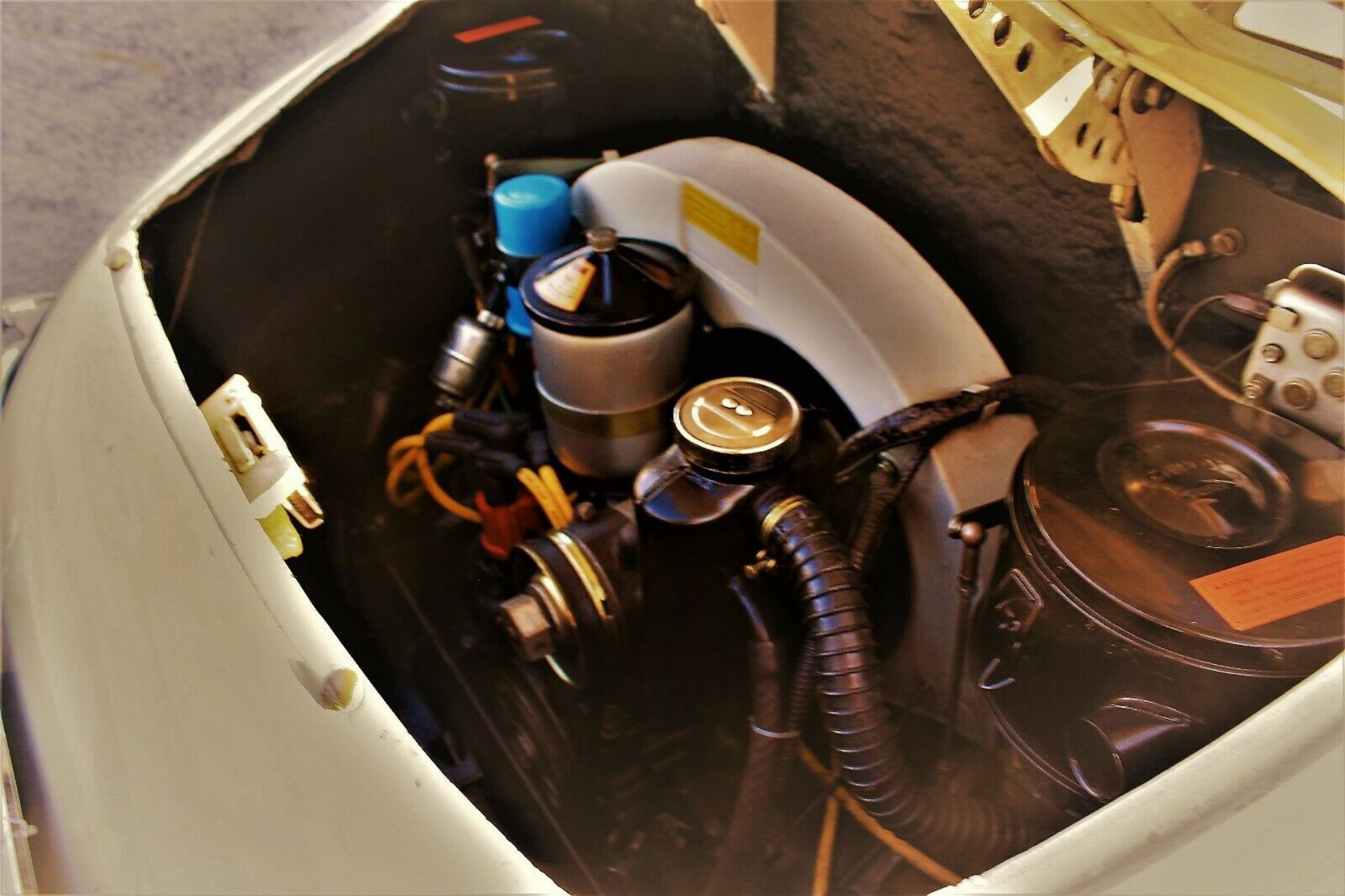 The seller reports that a compression test was completed following the rebuild around 3k miles ago and reportedly yielded results of 143 psi on cylinders 1, 3, and 4, as well as 147 psi on cylinder 2. A stock 4-speed manual transaxle was installed with the engine. A recent service included an oil change and a valve adjustment. 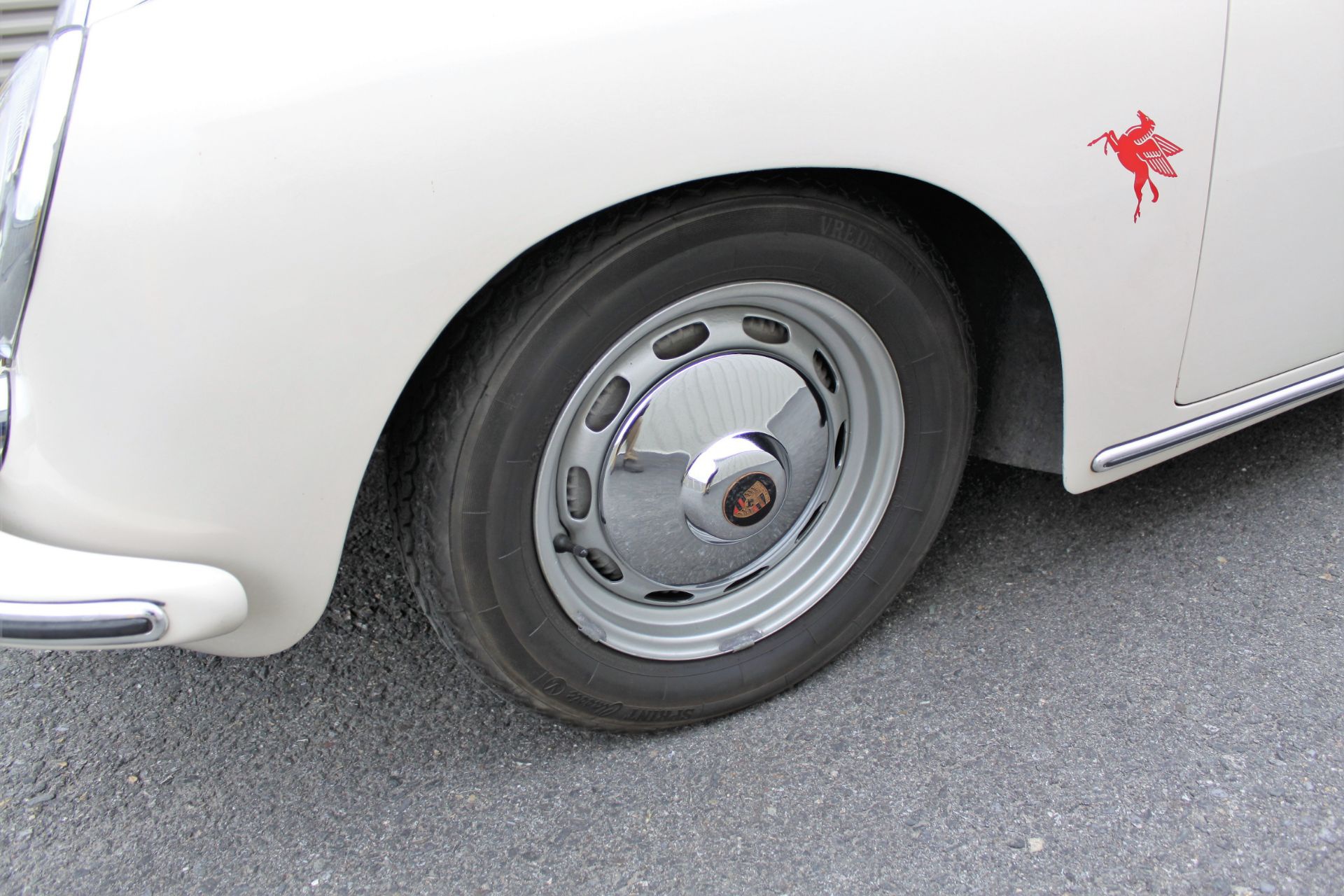 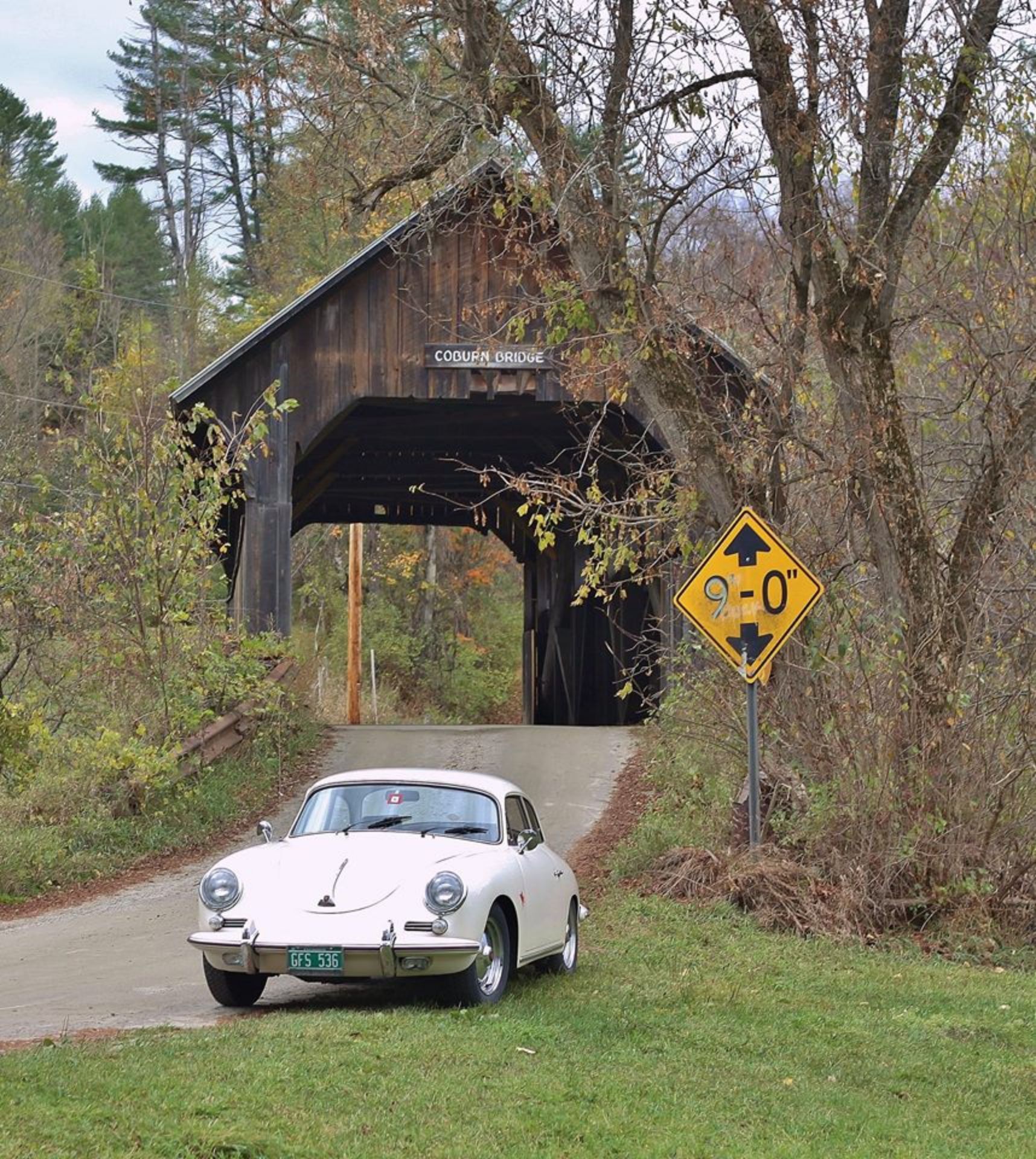 Accompanying the sale are photographs from the seller’s first ownership as well as the 1974 refurbishment. Also included are articles Porsche 356 Registry magazine (on the seller and this car) as well as a local newspaper, an obituary for the longtime previous owner who refurbished the car, and awards from various car shows attended during current ownership.