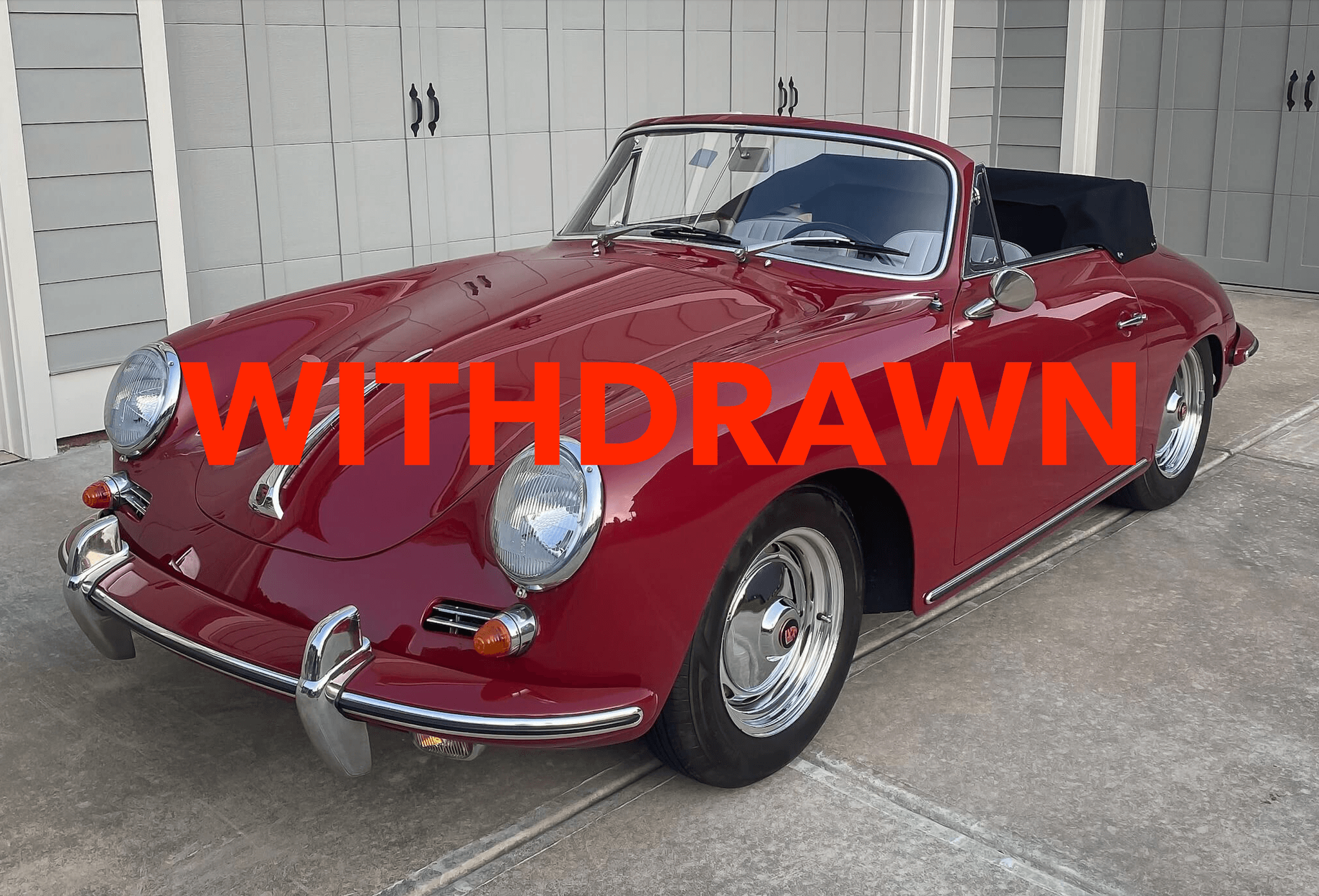 Up for auction is this 1962 Porsche 356B 1600 Super Cabriolet finished in Ruby Red over a grey leather interior.  Marking the inaugural year of the T6 program, the 1962 356B debuted revised Reutter bodywork including a distinctive twin-grille rear decklid.  This Super Cabriolet was treated to a considerable amount of refurbishment over the last four years including a complete repaint, engine-out service, overhaul of the braking system, re-chromed trim, and more.  Accompanied by a Porsche Certificate of Authenticity, this 356B is now being offered for auction by its seller out of Georgia. 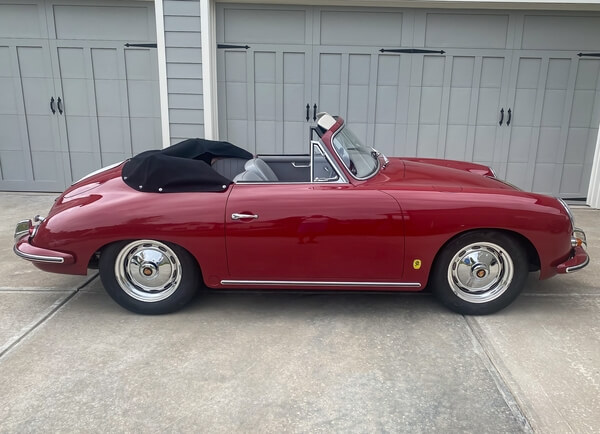 This Cabriolet reportedly underwent a color change during the early 2000s and was refinished once again recently in the current shade of Ruby Red.  The paintwork was carried out by Better Bodies of Edgewater, FL and much of the brightwork was recently re-chromed including the wing vents and door handles.  The Porsche Certificate of Authenticity shows the original color to have been Slate Grey, additional images are provided in the photo gallery.  This 356B rides on 15” chrome wheels with Porsche crested Super hubcaps and Nankang tires mounted within the last four years. 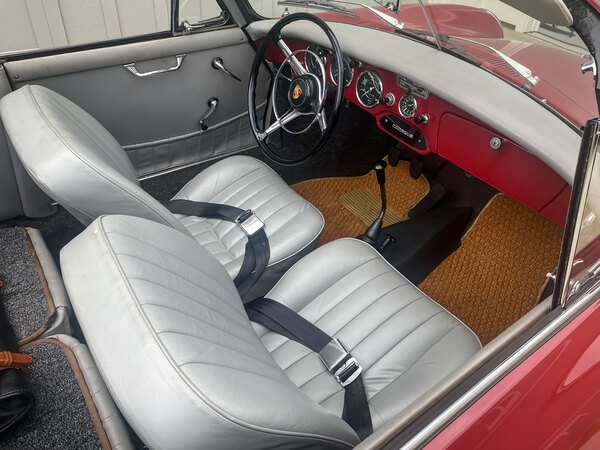 Inside, the cabin has been re-trimmed in grey leather and freshly refurbished with a re-chromed trim, new headliner, convertible top adjustment, and Stoddard sound insulation throughout the cabin.  The seller reports all gauges, lights, and accessories remain operational. 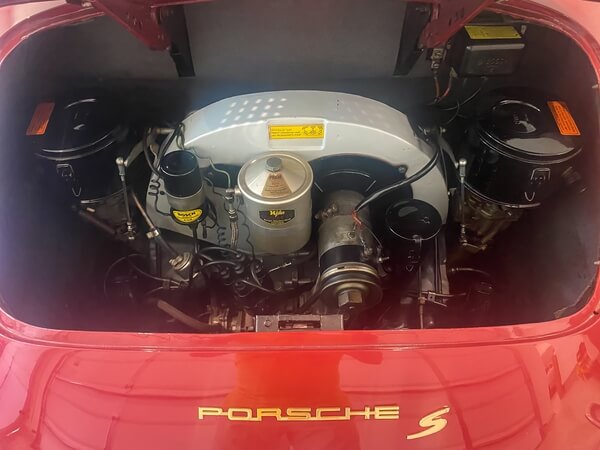 This 356B carries a 1600cc flat-four engine paired with a 4-speed manual gearbox.  The engine case was sourced from a later 1964 356C while the oil pump (3rd engine piece) was carried over from the original engine. Images of the drivetrain stampings and Porsche Certificate of Authenticity are provided in the gallery.  The engine was reportedly rebuilt during a restoration in the late 1990s by Berardelli of Alexander, VA.  More recently within the last four years, an engine-out service was completed by German Excellence of Orlando, FL including replacement of the flywheel, polishing of the crankshaft, and resealing of the gearbox.  The brakes were also serviced with new shoes and cylinders.  Images of the undercarriage can be found in the gallery. 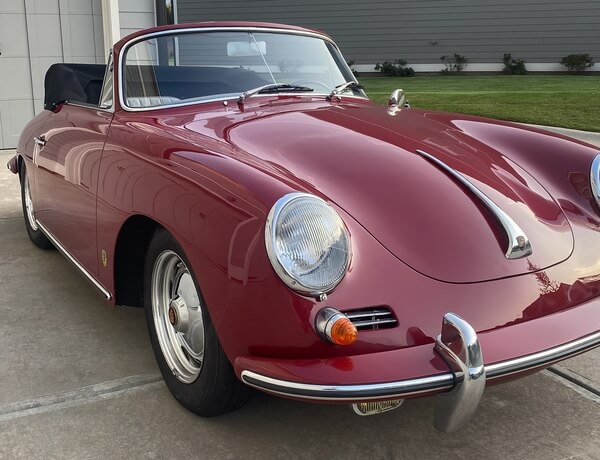 This sale will include a Porsche Classic toolkit, a Porsche Certificate of Authenticity, and a clean title. Now is your chance to own a beautifully presented example of a 356B Cabriolet, do not miss out.