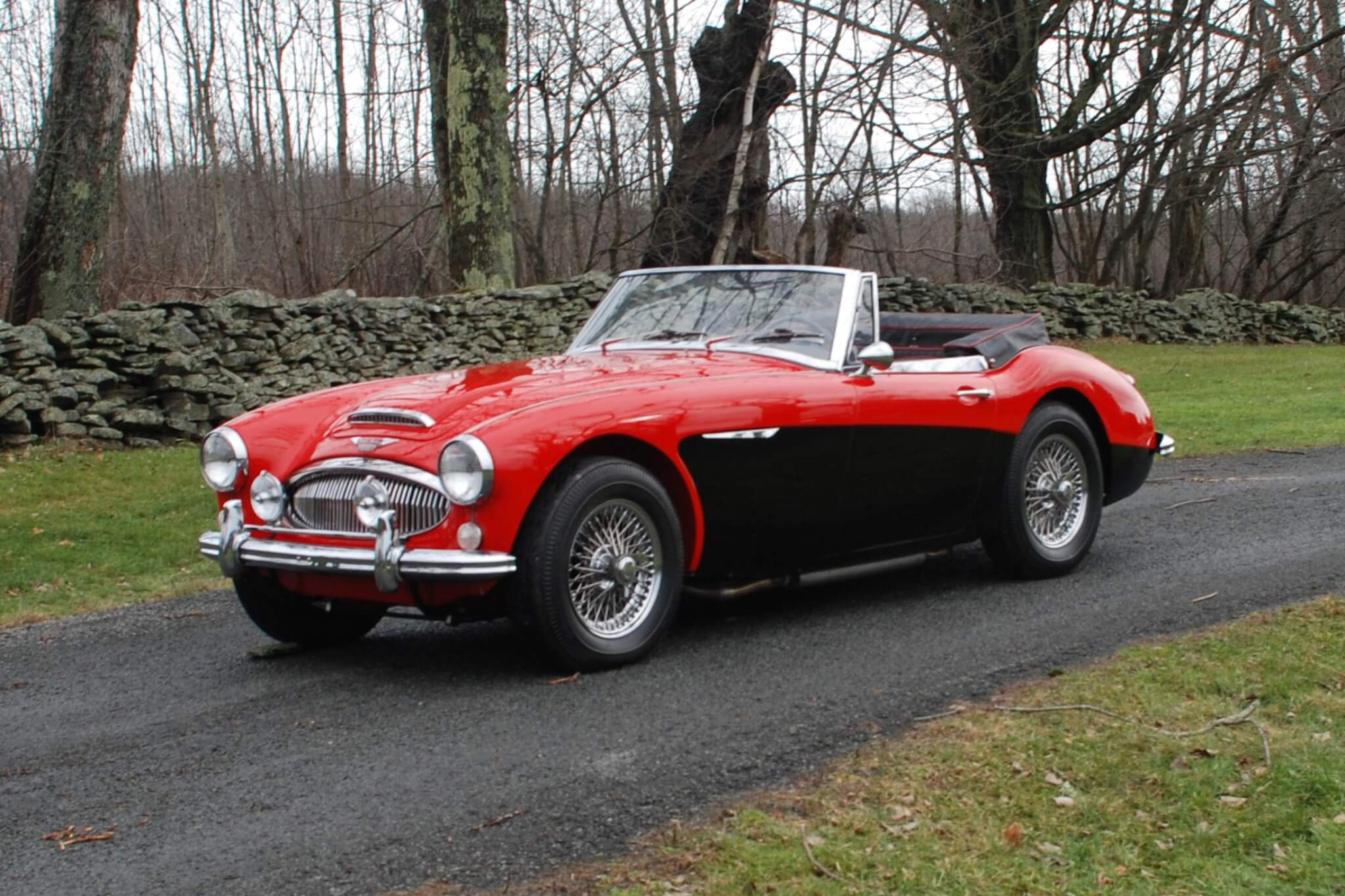 Now available is this 1964 Austin-Healey 3000 MK III BJ8 finished in two-tone red and black over a black leather interior. The Austin-Healey 3000 was produced from 1959 through 1967, and has been successful in numerous motorsport campaigns. This single-owner 3000 was acquired by its seller in 1982 from the original dealer while still on its manufacturer's statement of origin. Several years ago it was treated to a bare metal rotisserie restoration, during which time the frame was treated with a rust inhibitor, the engine and transmission were rebuilt, the interior was reupholstered, and much more. It is now being offered with a clean Pennsylvania “A title”. 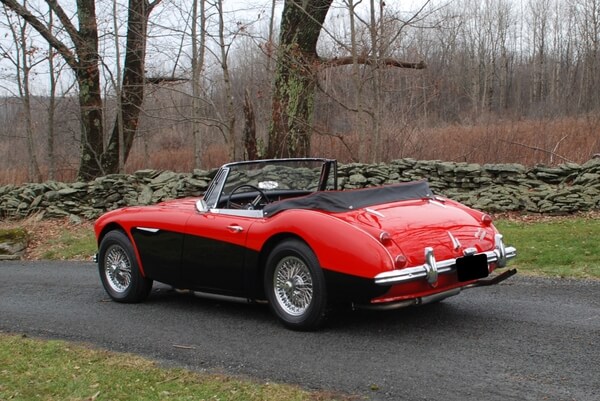 The Austin-Healey 3000’s bodywork was built by Jensen Motors and the final assembly was completed at British Motor Corporations MG Works in Abingdon, England. This 3000 comes finished in red with black side scallops and a black canvas soft top with a plastic rear window. During its restoration, the body was stripped to bare metal before being refinished and the frame was treated from the inside with POR15 while on the rotisserie. Areas showing rust were removed and replaced with new metal, the frame and suspension components were painted gloss black, and a new canvas top was fitted. A small imperfection is noted on the rear driver-side quarter and a collection of detailed images can be found in the gallery. Details include a single driver-side mirror, a tonneau cover, twin exhaust outlets, front fog lights, chrome bumpers and trim, and a set of 15” 62 spoke competition-rated wire wheels. The wheels are retained by 3-Eared Borani Style single wheel nuts and are dressed in a set of AVON steel belted radial tires which are said to be approximately five years old. 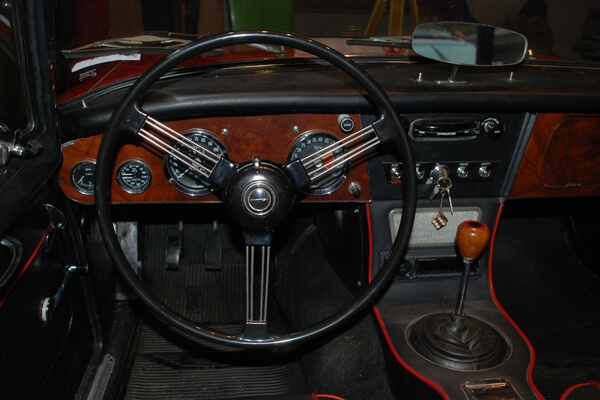 The cabin was reupholstered in black full leather with contrasting red piping and black carpets. The wood dashboard was stripped and refurbished with a furniture-grade wood finish, and the trunk was reupholstered and features a spare wheel and tire secured with the original leather strap and a custom battery retainer. Features include 3” Simpson competition seatbelts, a suite of Smiths instrumentation, a fire extinguisher, a heater, an upgraded Sony radio, and a dash-mounted mirror. The seller confirms that all gauges, electronics, and accessories remain functional. 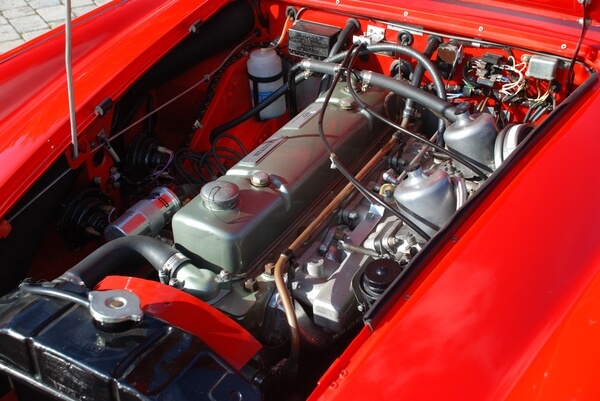 Power comes from a C-Series 2.9-liter inline-six cylinder engine which is said to have been replaced under warranty in 1969. The rear wheels are driven by way of a 4-speed manual transmission. The seller notes that the transmission is original to the car and that engine and transmission were both rebuilt by Jack Deren of Deren Racing in Pennsylvania. Approximately 50 miles are said to have been covered since the completion of the restoration, and service has been performed by Pocono Sportscar. 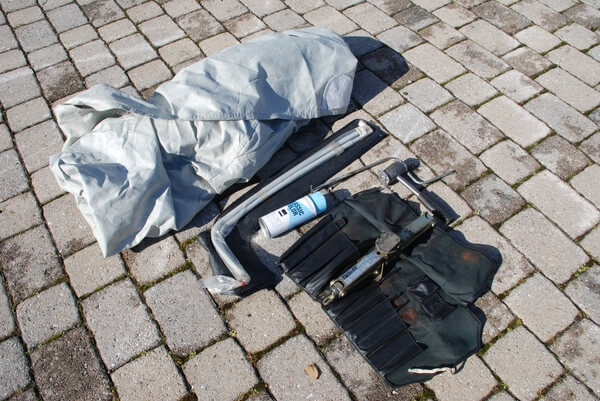 This sale will include owner's literature and a clean title.