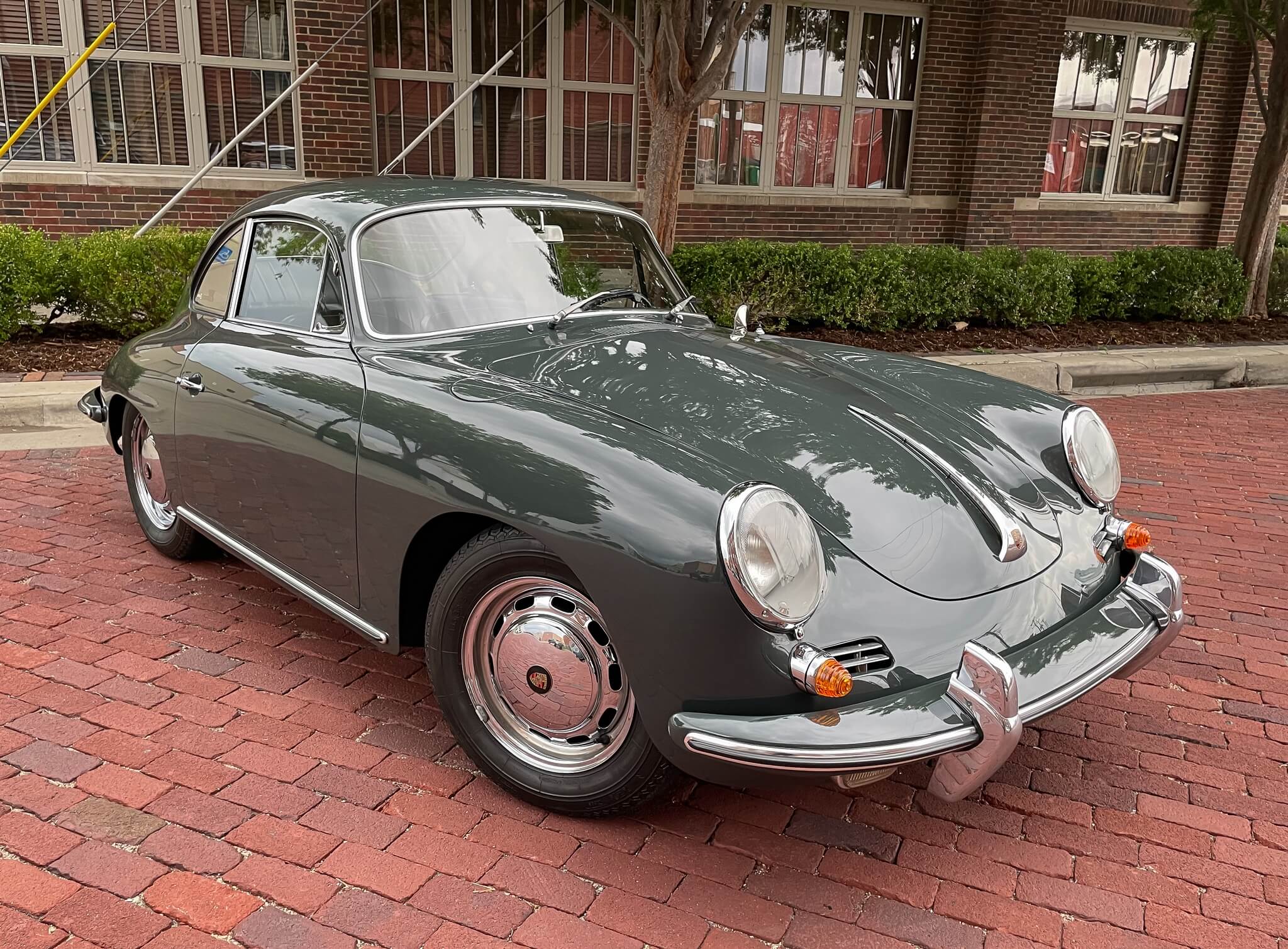 Now available is this 1964 Porsche 356C Coupe finished Slate Grey over a black leatherette interior. Marking the inaugural model year of the final 356 generation, this 1964 Coupe is said to carry a numbers matching drivetrain with a reported 62k original miles.  The car received new interior upholstery and is said to have undergone a bare metal respray in its factory original color.  Having been under the care of a prominent life-long Porsche 356 enthusiast since 2005, this beautifully presented 1964 Coupe is now being offered by its seller out of Kansas accompanied by a Porsche Certificate of Authenticity. 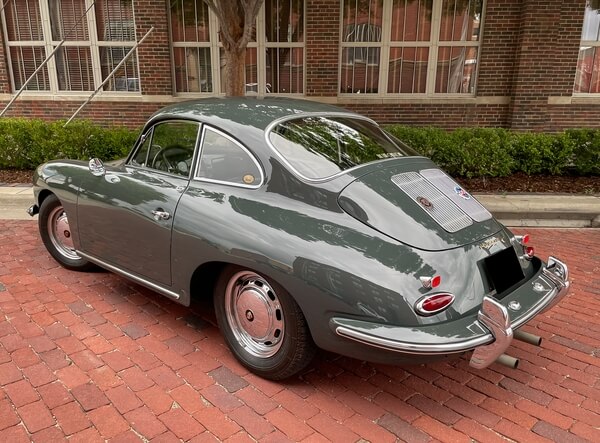 The Karmann bodywork is presented in its highly desirable factory-specified color of Slate Grey.  The car was reportedly stripped to bare metal and refinished in 2005, with all the original chrome trim retained.  The finish is noted to be nicely preserved with light patina showing on the original brightwork. Chrome exhaust port delete rear bumper overriders were added to accommodate the aftermarket sport exhaust.  Detailed images are provided in the gallery.  Visually, the 356C shares the same T6 bodywork as the previous 356B generation but can be distinguished by its redesigned 15” wheels with flat chrome hubcaps. The chrome ventilated wheels on this example come dressed in Michelin tires which are recommended for replacement due to age. 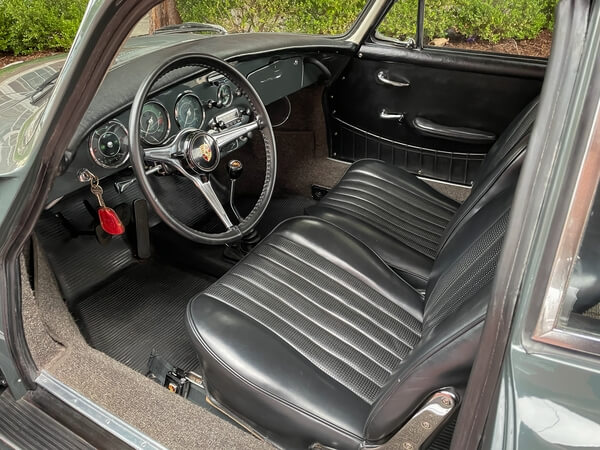 Inside, this Coupe features a black leatherette interior with grey square-weave carpeting and a painted dashboard.  The original red leatherette material was replaced in favor of the black vinyl upholstery we see today, apart from the original rear seat which was redyed black. The carpets, headliner, and visors are believed to be original along with the factory optioned Blaupunkt Frankfurt AM/FM radio. The seller confirms all gauges and accessories to be functional, although the clock runs slow. 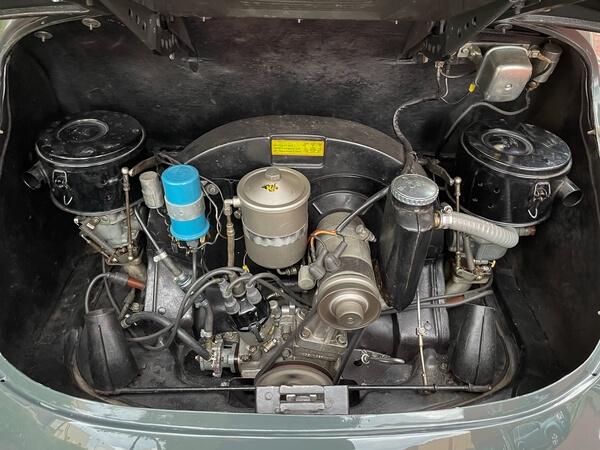 The original air-cooled 1600cc flat-four engine is equipped with dual downdraft carburetors and was factory rated at 75 HP.  Power is sent to the rear wheels through a 4-speed manual gearbox. According to the seller, the engine and transmission are both unmodified and have never been rebuilt. A sport exhaust system has been added as well as an electric fuel pump controlled by an under-dash toggle switch. The engine does have a few minor oil leaks, and this 356C is said to run and drive very well with a new 6-volt battery and strong brakes, clutch, suspension, and drivetrain. 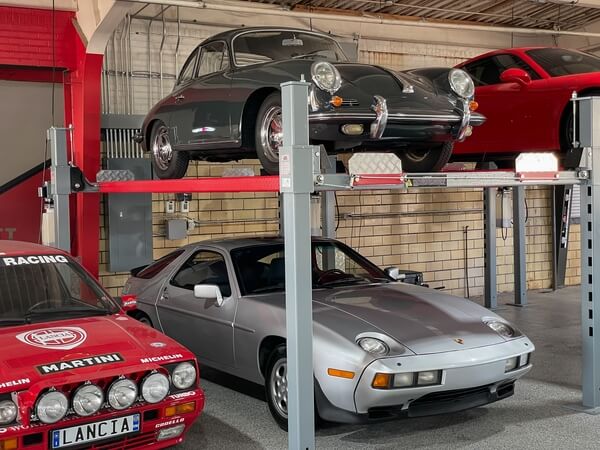 This sale will include a Porsche Certificate of Authenticity and a clean title.  If you have always dreamed of owning a classic Porsche 356, this nicely preserved 356C Coupe may just be the one.