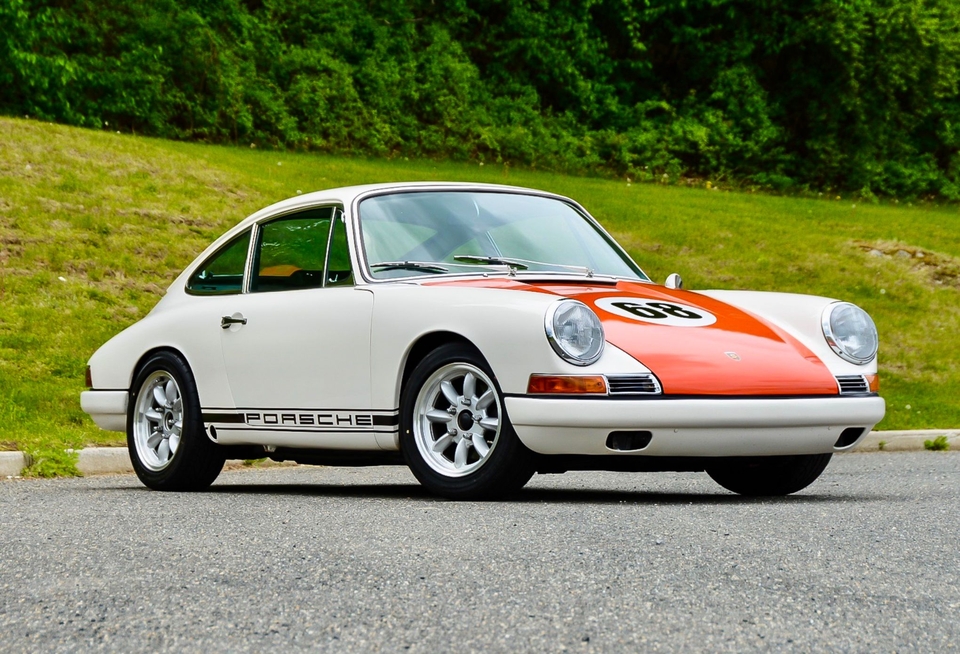 Now available for auction is this modified 1968 Porsche 911 coupe finished in Light Ivory and orange over a custom black interior.  Complementing its vintage racing inspired looks, this 1968 example has been upgraded with a later model 911 S 5-speed manual transmission mated to a rebuilt 911 S flat-six engine featuring Mahle 2.2L pistons.  Showcasing driver-oriented performance upgrades and custom styling, this beautifully executed 911 is now being offered by its seller in New York with approximately 10k miles showing on the odometer. 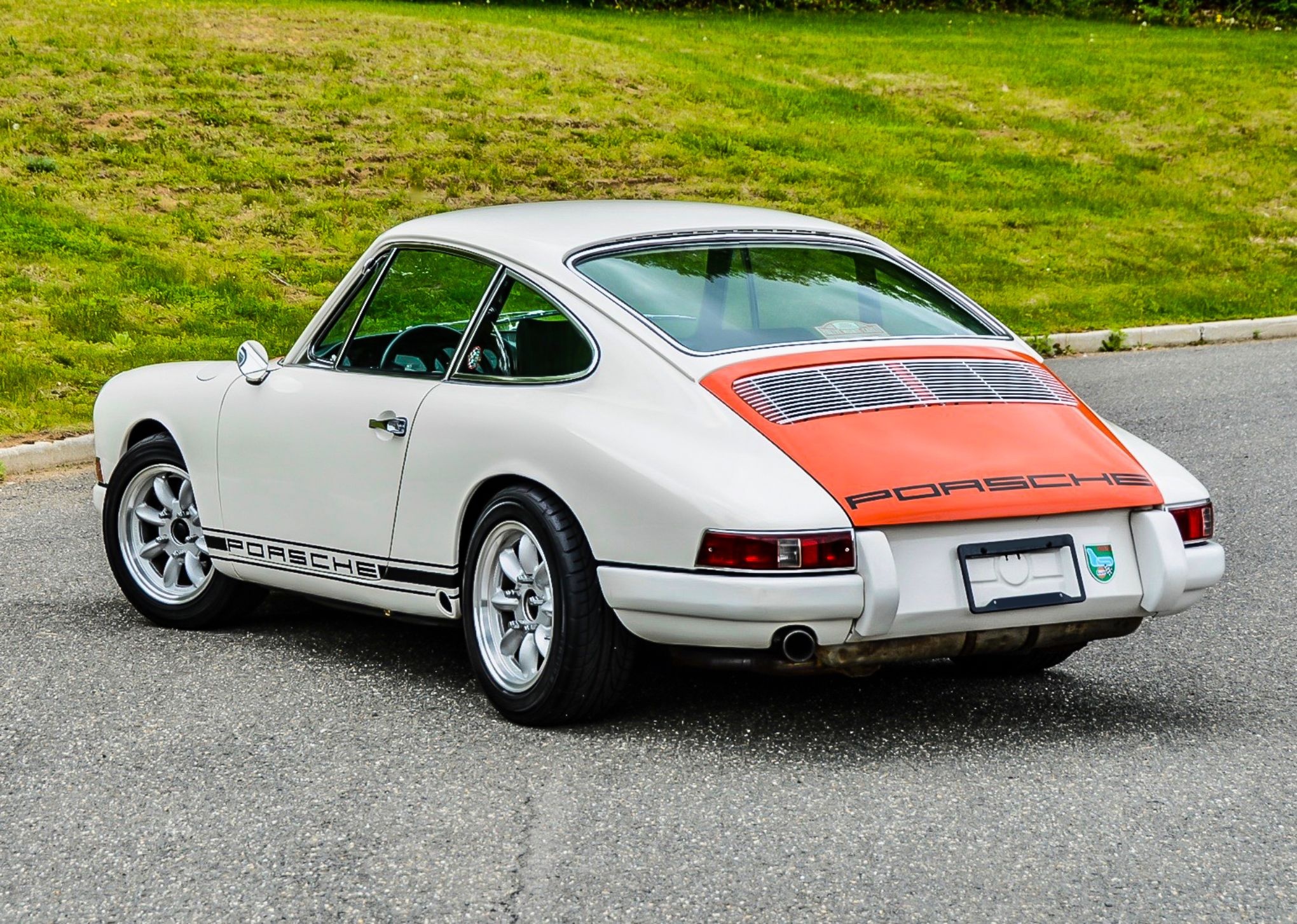 This 911 has been professionally refinished in Light Ivory with a contrasting Orange hood and decklid as well as a #68 racing livery.  The finish is noted to be in excellent condition with a few chips and some minor road-going wear (detailed images are provided in the photo gallery).  Visual modifications include an antenna and rocker panel trim delete, H-4 European headlamps and a single driver-side Durant mirror.  This 911 rides on Performance Superlite 15×7” wheels with a spare Lemerz 5.5” steel wheel date stamped from 1969 also accompanying the sale. 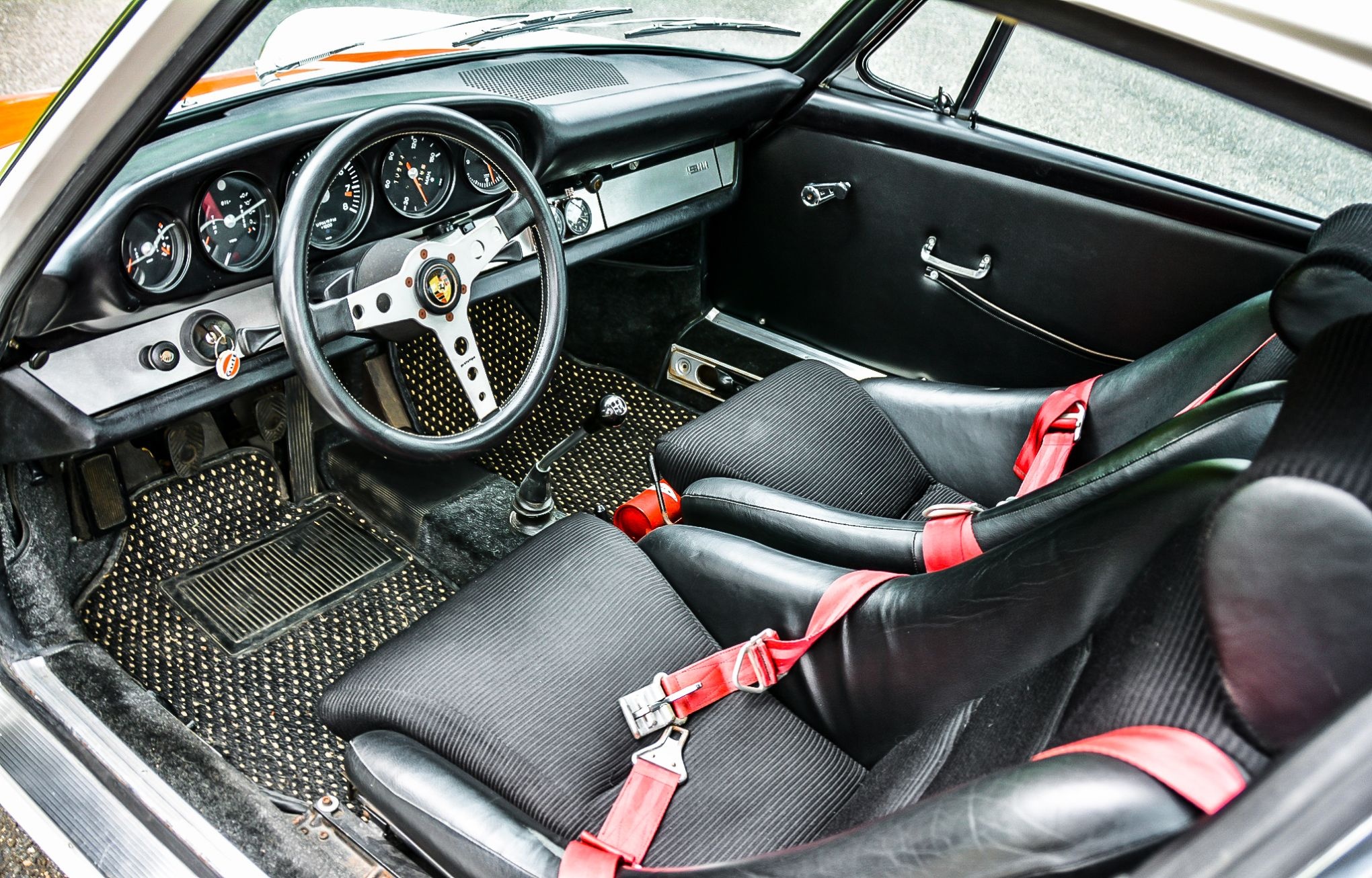 Inside, the cabin has been kept in very nice condition and modified with RS-style black leatherette door panels as well as reupholstered Scheel Model 100 sport seats sourced from a BMW 3.0 CSL.  New German carpeting has also been installed along with a new headliner, two-tone Coco floormats and vintage Porsche 3-point racing belts.  Other noteworthy details include a Momo steering wheel and Heuer lap timers which were refurbished by North Hollywood Speedometer along with the rest of the instrument gauges.  The radio and cigarette lighter have been deleted and there is no air conditioning, however, all other gauges and accessories remain fully functional. 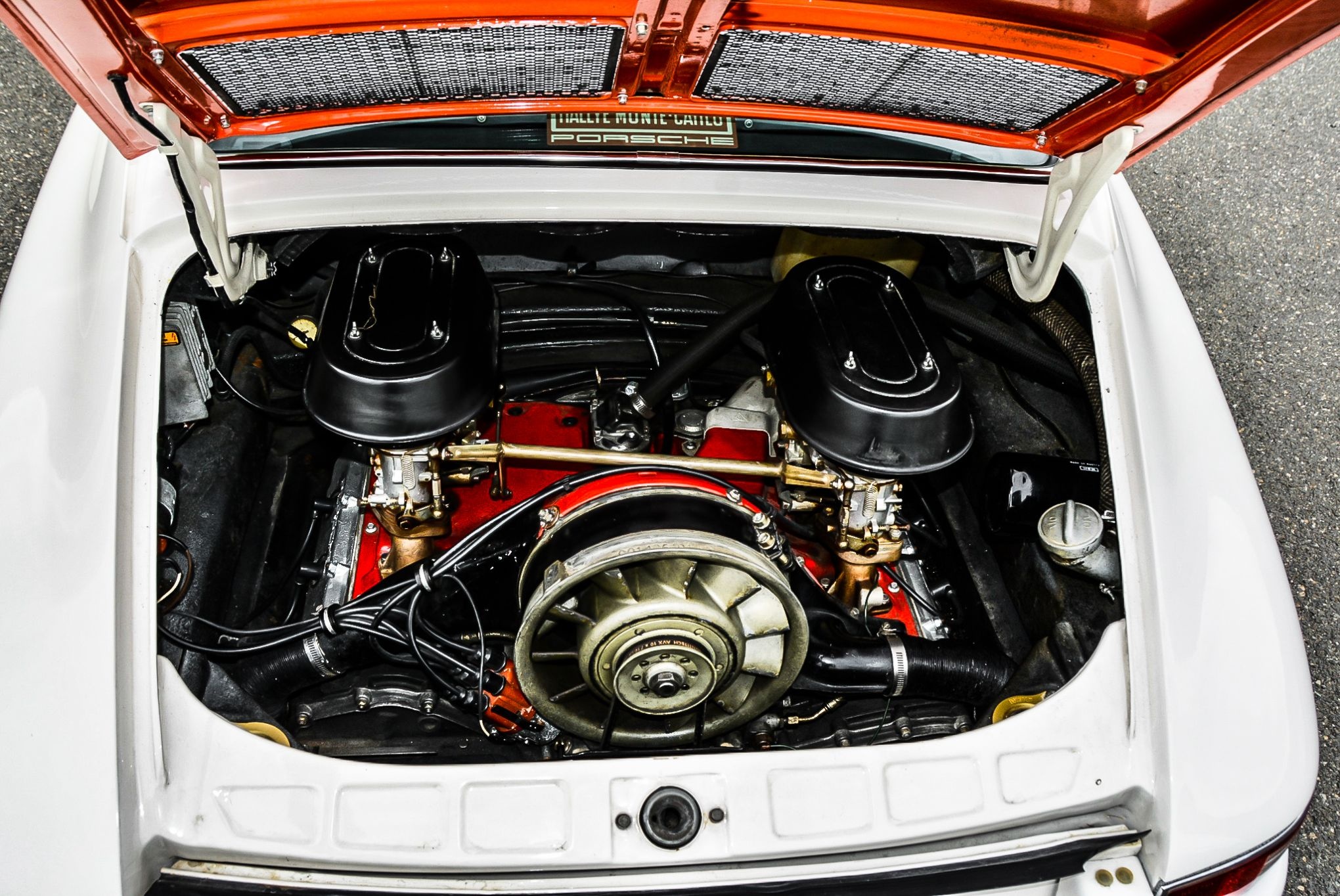 This 911 is powered by a rebuilt 1969 911 S flat-six engine which is mated to a 5-speed 901 manual transmission sourced from a 1971 911 S.  The engine has been upgraded with 2.2L Mahle pistons, a custom camshaft, Weber 40 carburetors and PMO intake manifolds.  Other modifications include:

A newer voltage regulator, battery, ignition wires and plugs have been installed and the distributor pickup and 3-pin CDI were also rebuilt.  Said to have been diligently maintained with a major service carried out in 2015 within the last 5k miles, this 911 is said to be in excellent driving condition. 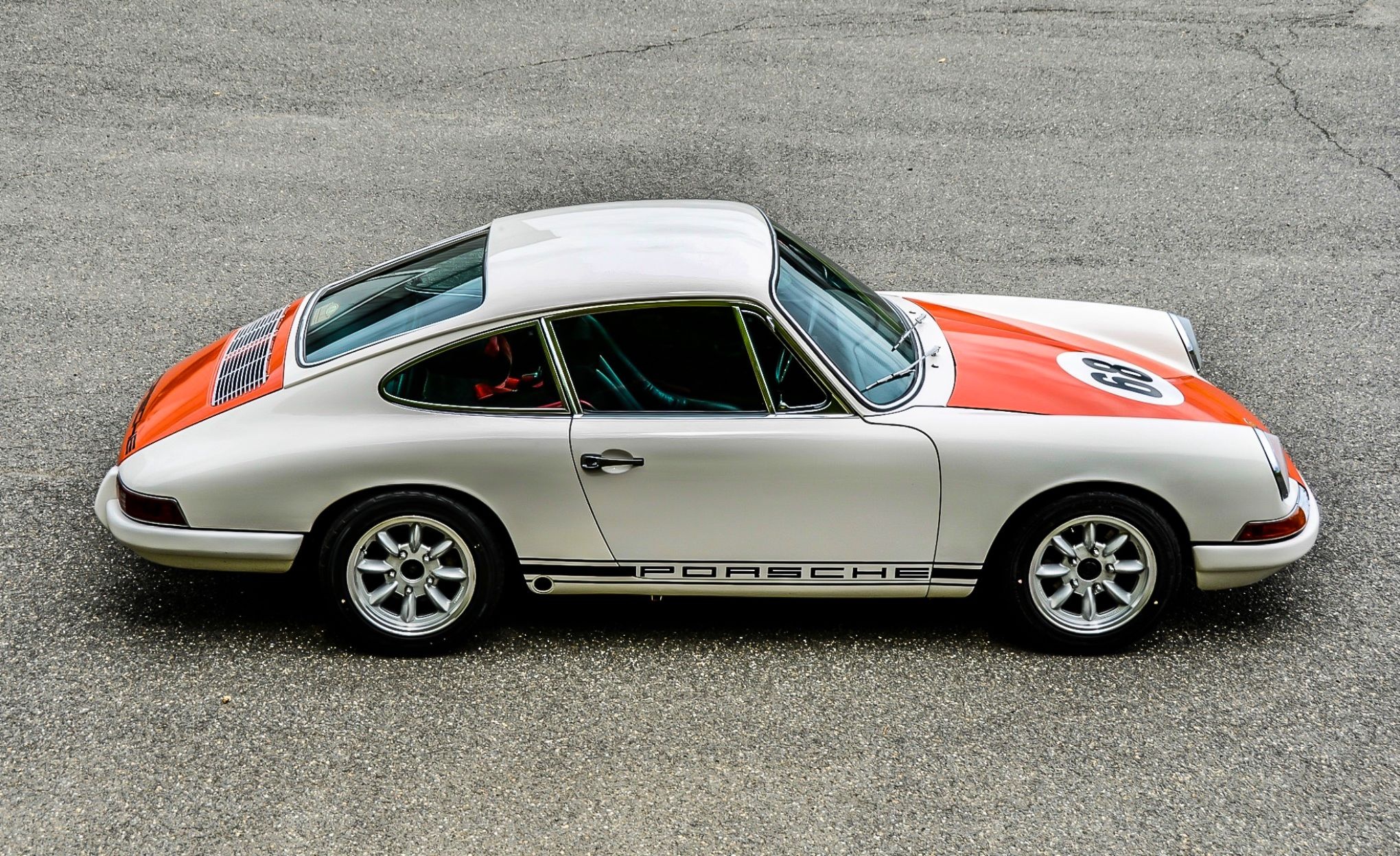 The sale of this one of a kind 911 will include a set of two keys and a spare tire.  If you crave visceral air-cooled performance, this uncompromising 1968 911 makes the perfect choice.