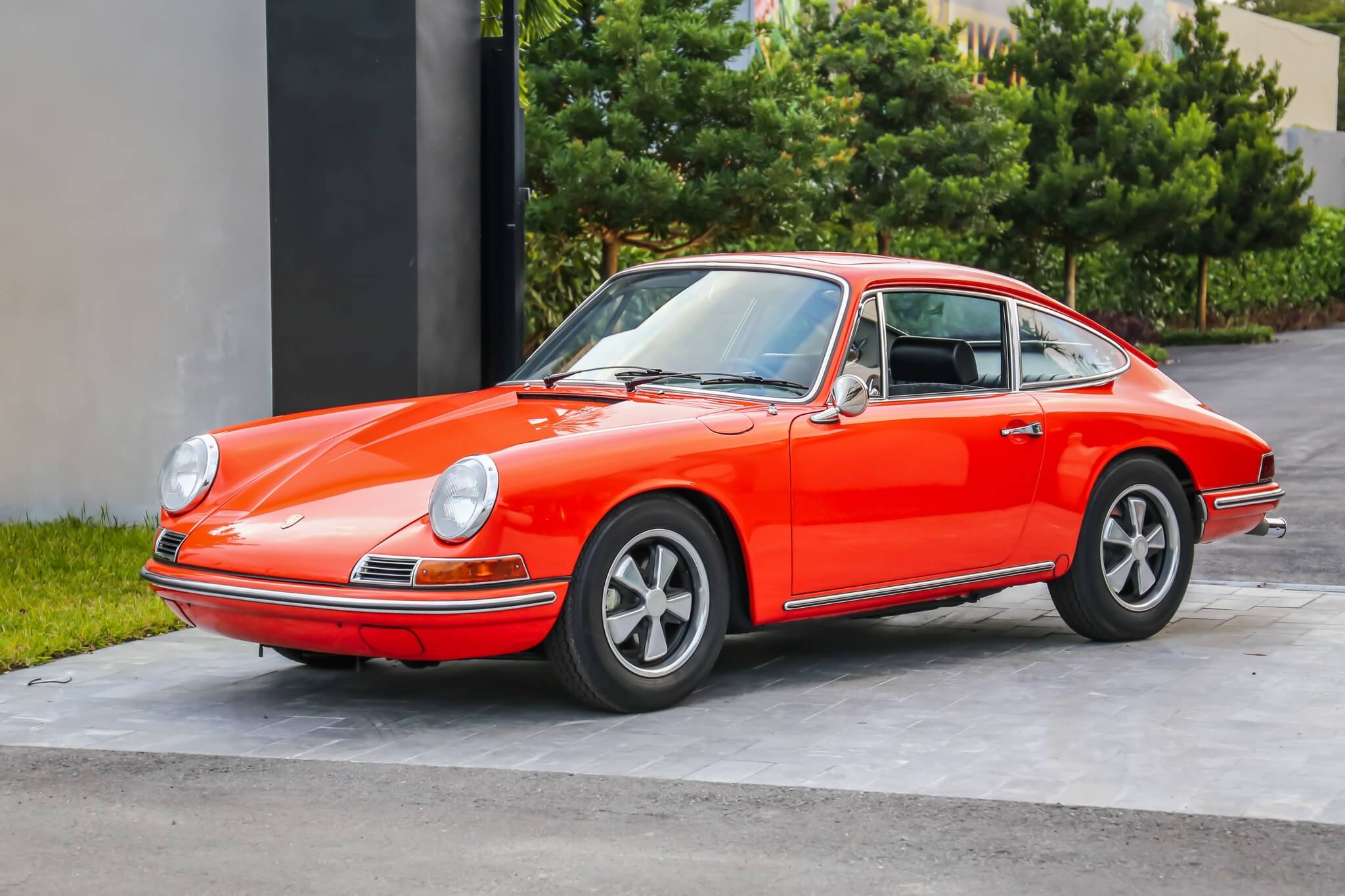 Now available for auction is this fully restored 1968 Porsche 911L finished in Tangerine over a black leather interior.  With the introduction of the 911T as the new entry-level model in 1968, the normal 911 was renamed 911L for “Lux”.  As the 911S was not offered in the U.S. at the time, the 911L became the top range model available for the U.S. market.  This 911L is believed to retain its numbers matching drivetrain and was completely restored under previous ownership by the specialists at CPR Classic in California.  It made an appearance at Monterey Car Week where it was personally signed by Dr. Wolfgang Porsche at the premier event hosted at The Quail Lodge.  Produced for one year only, this rare and beautifully presented 911L is now being offered for auction by its seller out of Florida. 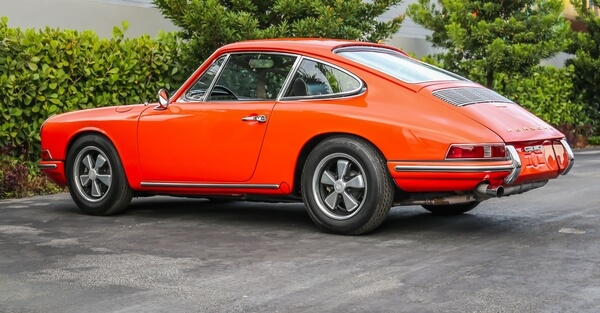 During the restoration, this 911L was completely disassembled and refinished in its originally specified color of Tangerine (6809).  Exterior details include chrome-plated bumper guards with rubber pads, chrome-plated horn grilles, gold-colored Porsche lettering, a single driver’s side mirror, and pop-out rear quarter windows.  Additional images of the exterior and undercarriage are provided in the photo gallery.  A signature from Dr. Wolfgang Porsche can be seen on the passenger side of the front windshield cowl. This 911L rides on 15” Fuchs wheels dressed in period-style Vredestein Sprint Classic tires. 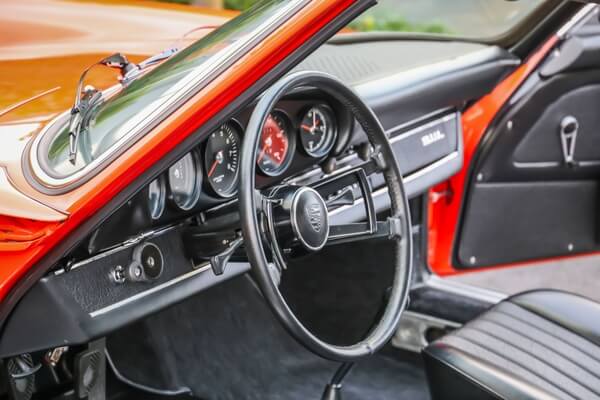 Inside, the cabin has been completely restored to its original appearance with correct black leather upholstery, beige headliner, and dark grey carpeting.  The 5-digit odometer currently reads just over 1,200 miles, of which the seller reports less than 700 were added since the restoration. 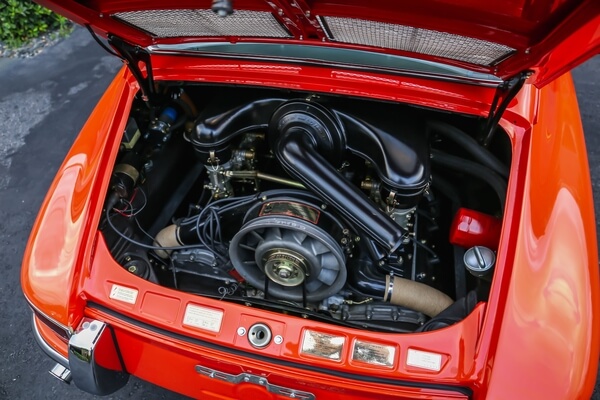 This 911L is said to carry its original 2.0L flat-six carbureted engine which features an aluminum sand-cast case and was fully rebuilt by CPR Classics during the restoration.  Approximately 130 HP is delivered to the rear wheels through a non-original 5-speed manual gearbox.  The 911L utilizes an 11mm front anti-roll bar along with the ventilated disc brakes of the 911S.  All mechanical systems were completely gone through and sorted during the restoration and an upgraded Dansk muffler was installed along with Koni shock absorbers.  Restoration and service documents are said to accompany the sale and there are no outstanding maintenance items reported at this time. 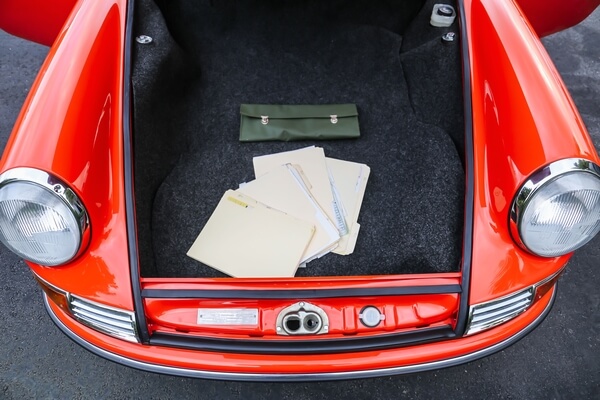 This sale will include a collection of records, a toolkit, and a clean title. A beautifully restored example of one of the rarest and most desirable short wheelbase 911's, this 1968 911L would make a perfect addition to any world-class Porsche collection.