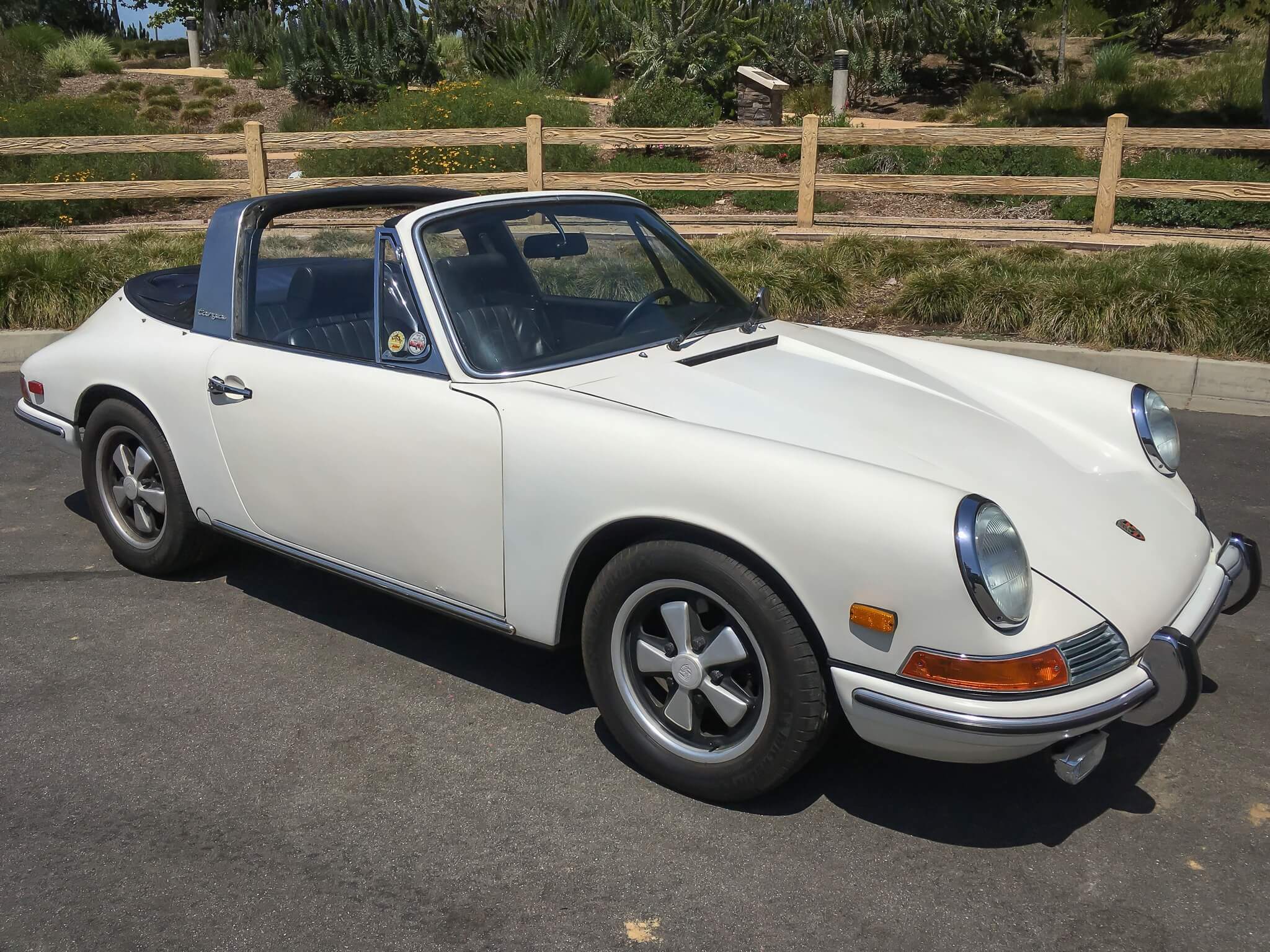 Available for auction is this 1968 Porsche 912 Soft Window Targa.  Contributing towards a very small part of total 912 production, the soft-window Targa models allowed for fully open, top-down, rear window down, or fully closed operation. This three-owner Targa left the assembly line in October of 1967 and was delivered new through the Culver City Porsche dealership in California. It was purchased by the current owner in 1985 and has been diligently maintained and garage kept ever since.  The car has been featured in the historic display at the 2014 Porsche Club of America parade as well as the German magazine Porsche Klassik. The Porsche Certificate of Authenticity shows bumper guards front and rear, an antenna, a loudspeaker, and chrome wheels as factory options.  A lifelong West Coast car remaining under the care of its longtime owner out of Southern California, this rare short-wheelbase 912 Soft Window Targa was previously listed on PCARMARKET and is now being offered for auction once again as the initial transaction was not completed. 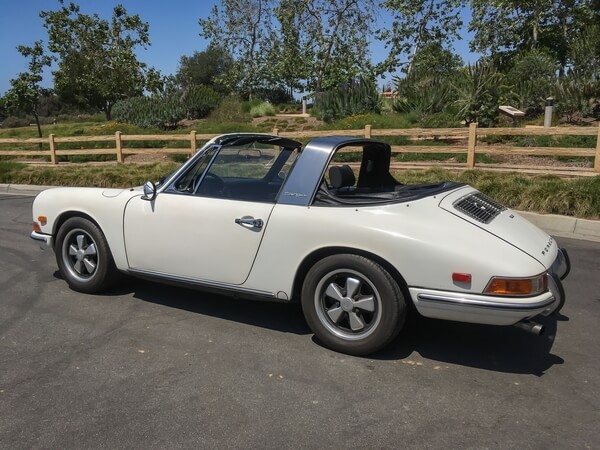 In 1983, this 912 was refinished in the current shade of Light Ivory from its originally specified color of Tangerine.  Several small imperfections have been reported throughout the exterior and the floor pans and body panels are noted to be in good condition. The 1968-specific front and rear side markers remain in place and the car is currently equipped with Bosch European headlight assemblies featuring glass aero covers and halogen bulbs.  Other features include chrome brightwork, factory-optioned bumper guards, a removable plastic rear window, and Hella 128 fog lamps which are mounted for appearance only.  This 912 currently rides on a set of 15" Fuchs wheels dressed in older Michelin tires. 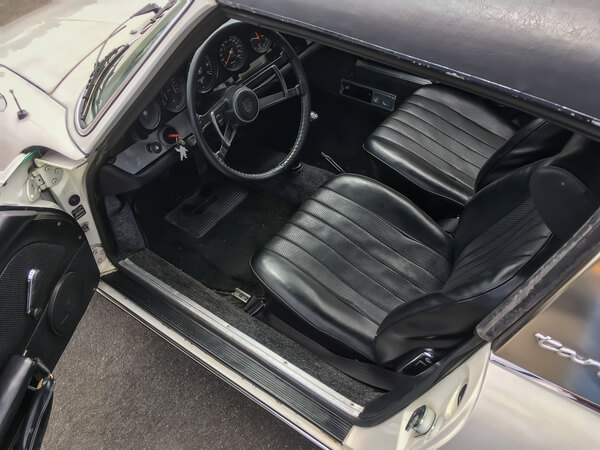 The black leatherette interior has been fitted with upgraded 911-style carpeting, elastic door pockets, and later-model seats sourced from a 1969 example which feature headrests, chrome recliner hinges, and three-point seatbelts.  A few small cracks are noted on the dashboard and the Targa top is reported to have been kept in good condition including the headliner.  All analog instrument gauges including the clock are said to be working properly along with the turn signal indicators and interior courtesy lights. 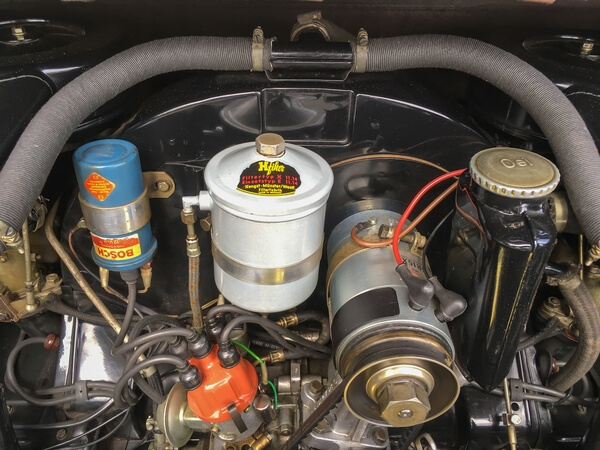 Within the last 65k miles, the 1969 1600cc type 616/40 flat-four carbureted engine was completely rebuilt and balanced with a set of new Mahle pistons. The engine has been paired with a 5-speed type 902/01 manual transmission. Other mechanical upgrades and refurbishment include a new Bosch generator, new brake master cylinder, updated rack and pinion steering, Turbo tie rods, new rear suspension bushings, and Bilstein shock absorbers.  Service invoices from the current ownership are provided for reference in the photo gallery along with images of the underbody. 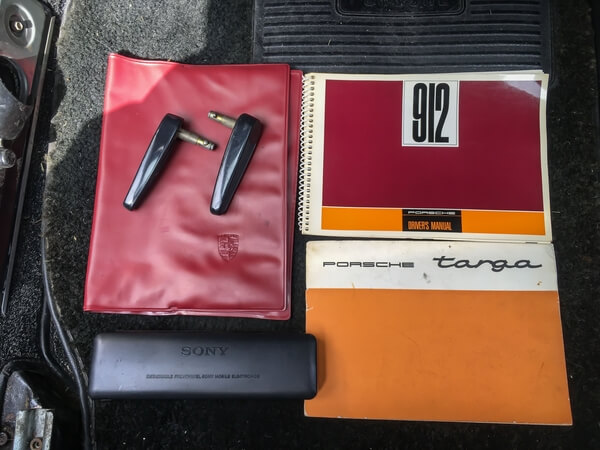 This sale will include a collection of service records, original owner's manuals, a Porsche Certificate of Authenticity, and a clean title. Whether you're in search of a restoration candidate or a classic air-cooled driver, this rare 912 Soft Window Targa makes an excellent choice.