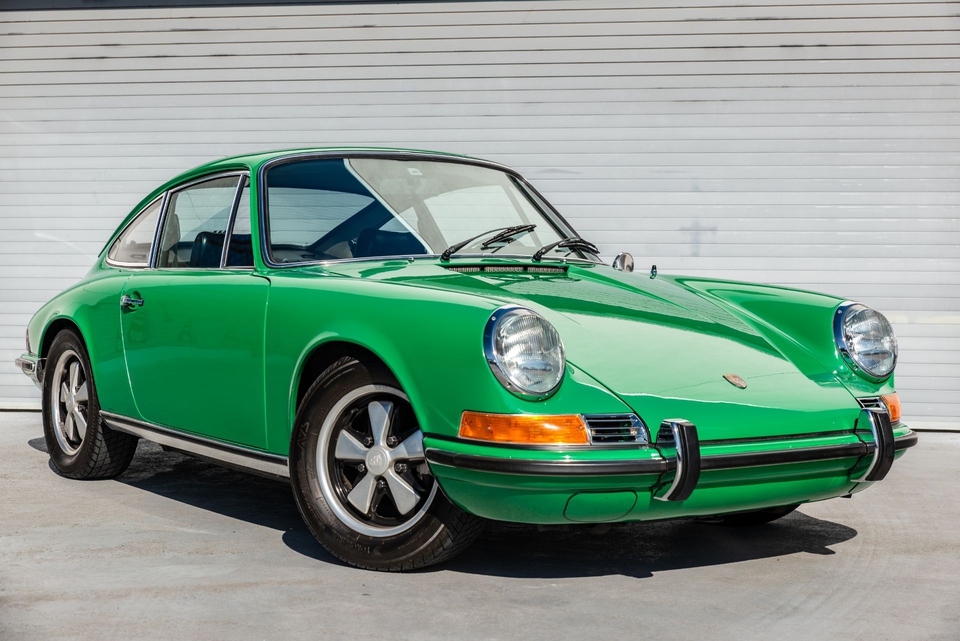 Up for auction, is this 1970 Porsche 911 E Coupe.  This beautiful Conda Green early 911 was sold new in Wisconsin and eventually found its way to Seattle by the late 1980’s.  The second and third owner were brother and sister and collectively owned the car for 30 years.  In 2006, they sold the car to a collector in Idaho, who kept the car for just under a decade.  Today the car is being offered up for auction by a factory-authorized Porsche Dealership. 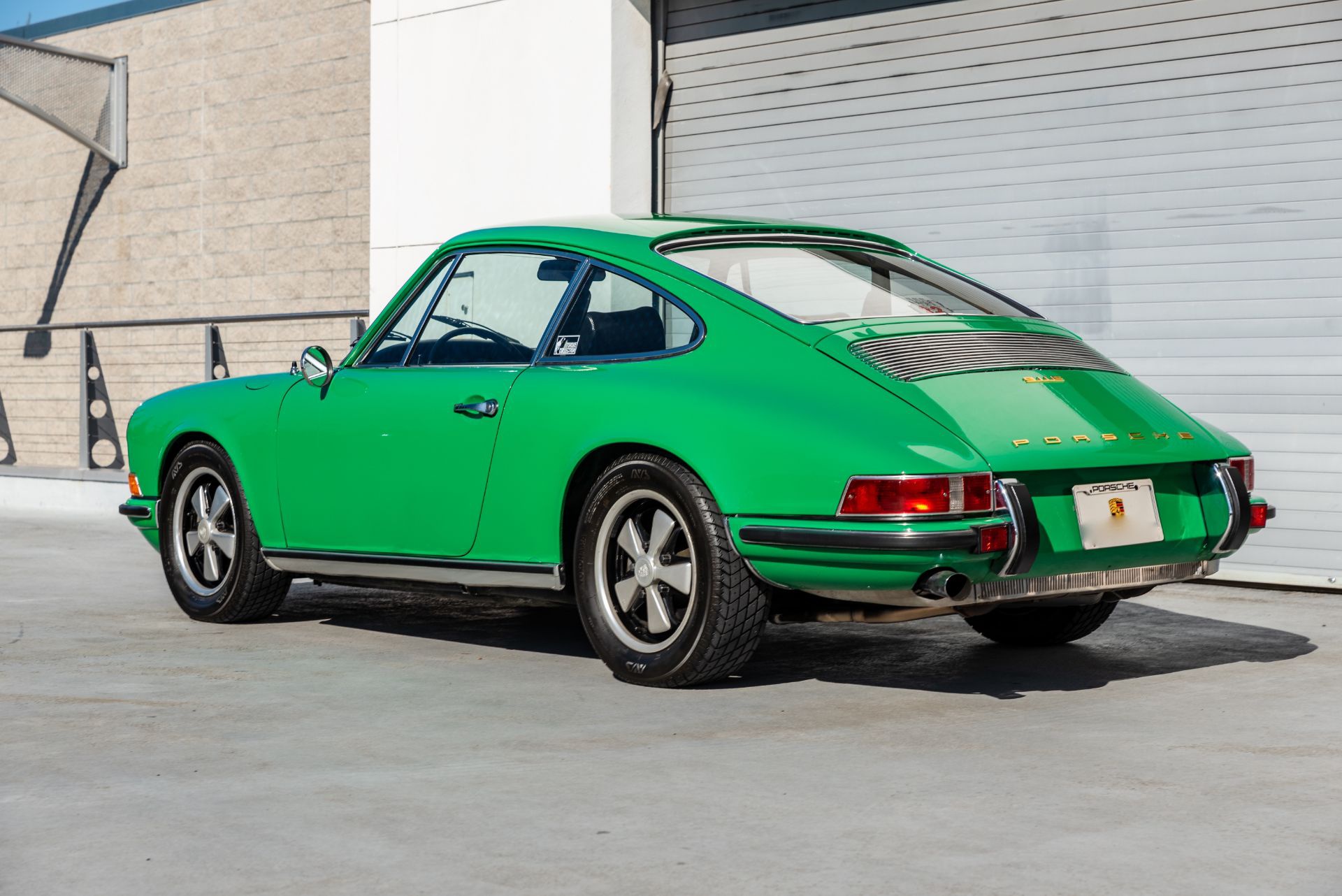 The car shows 96K miles on the odometer and is described to be very solid, both mechanically and cosmetically. The gaps and body panels are straight and true.  An earlier but high quality repaint was completed some years ago in the factory correct and original color of Conda Green. The paint shows beautifully as can be seen in the gallery of photos. 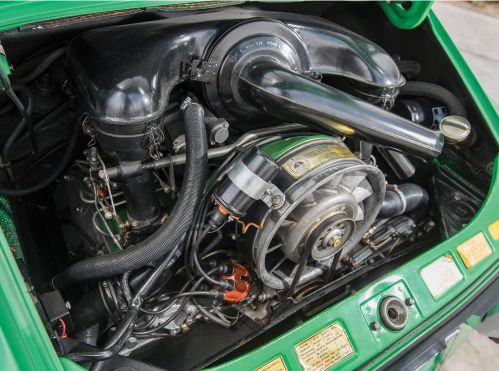 This 911E retains its original numbers matching 2.2-liter motor and produces approximately 155HP.  Rowing through the gears in the 901 5-speed manual gearbox is pure joy.  The seller states that work was performed by the previous owner years ago, including a refreshing of the engine and a Carrera chain-tensioner update.  Gallery photos show the engine compartment to be clean and tidy. 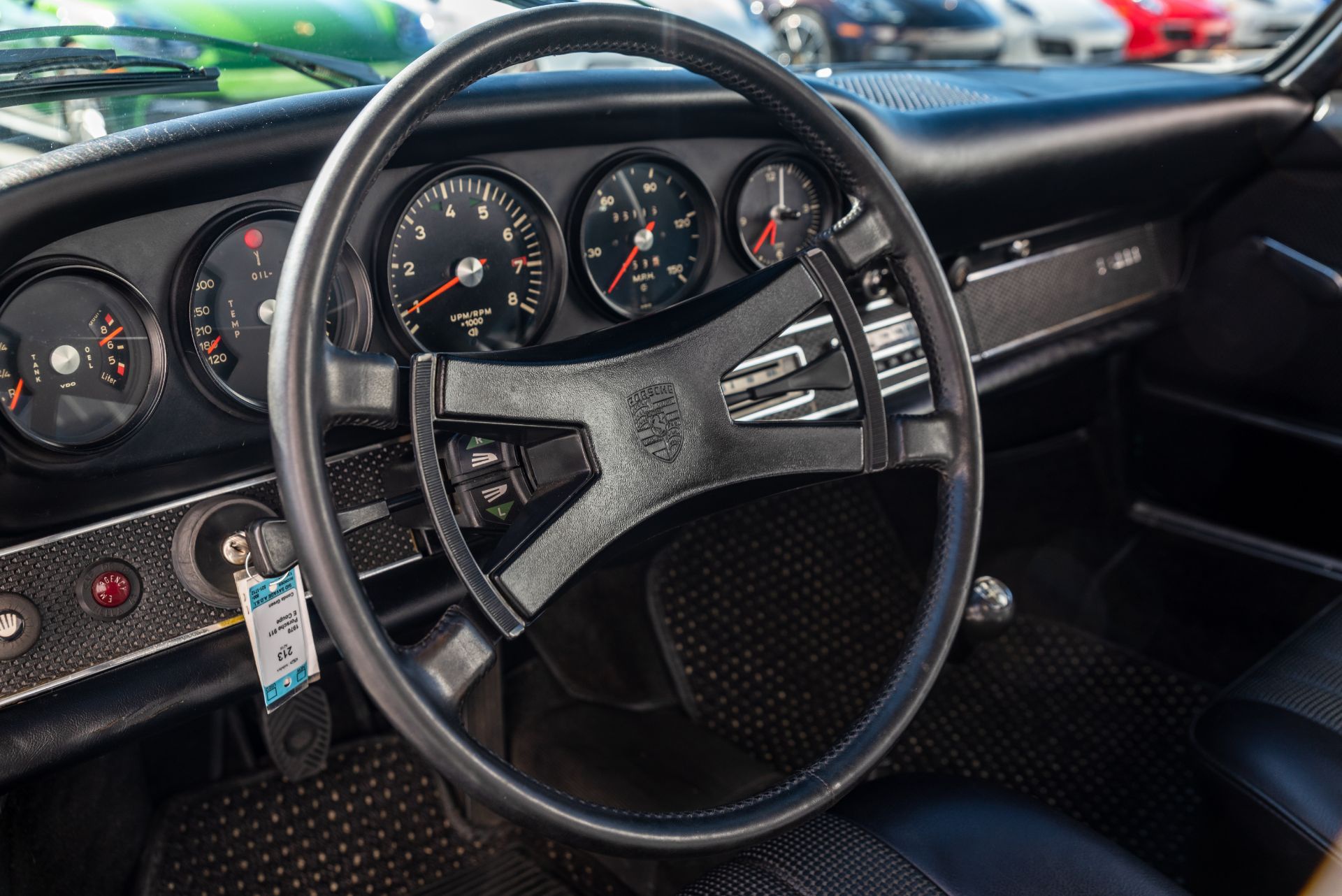 The black leatherette interior is in excellent condition and retains its original factory radio.  As noted in the gallery there are some signs of age to the original headliner and the factory shift knob.  The car also received new carpeting and a refinished dash, confirming that this 911E was well cared for during its lifetime. 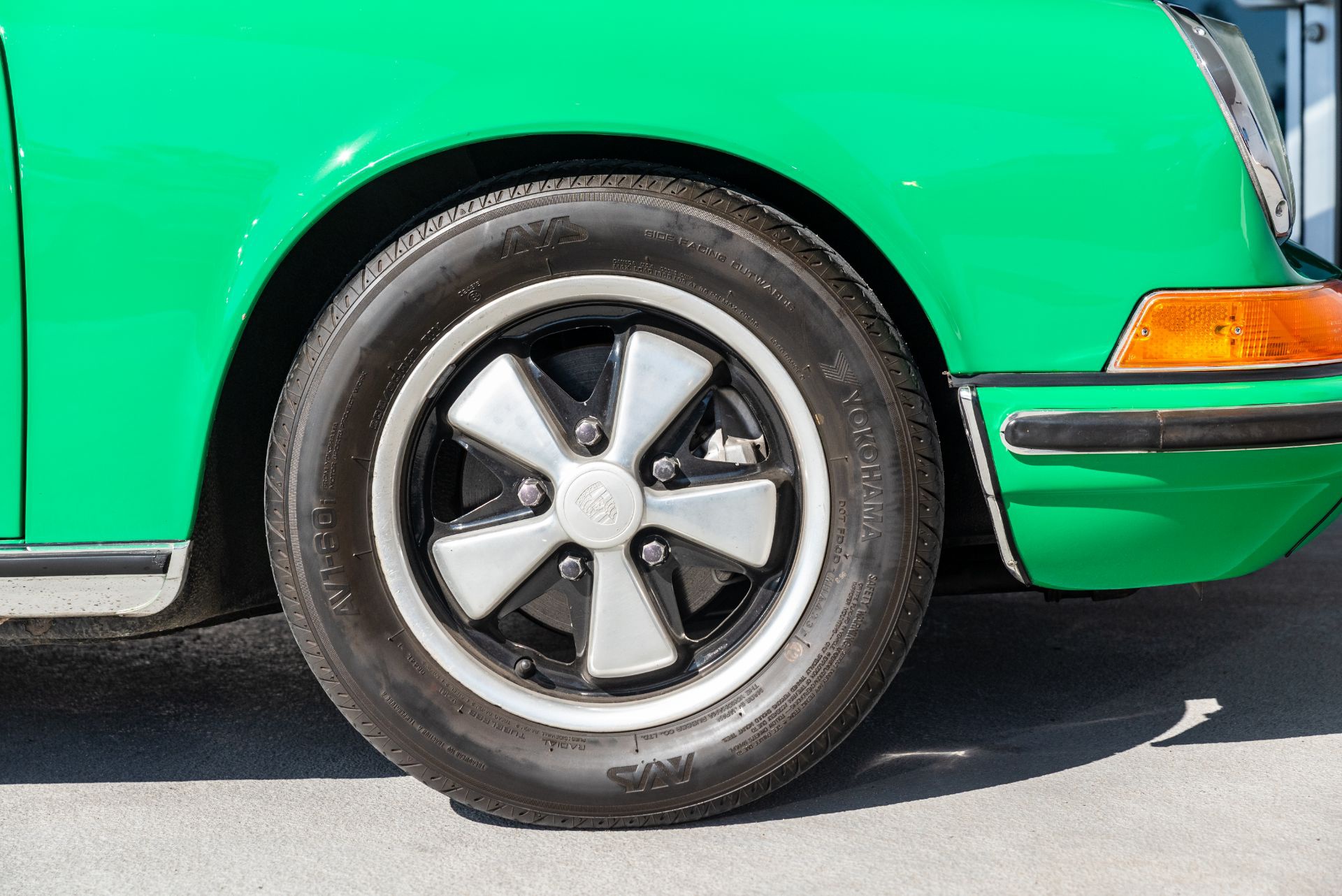 The five-spoke Fuch wheels are in excellent condition.  To enhance the driving experience, the front suspension was upgraded to 911S front struts with an anti-roll bar.  Records show that a rod adjustment along with a replacement of the SSI heat exchangers was completed within the past two years.  The seller also reports that the car was inspected in their service department and received confirmation that all service is up to date.

There is something to be said about a car that has consistently been in the hands of caring owners.  This example was clearly cared for, consistently maintained, and is a testament to how a vintage car can still be a reliable and fun experience.