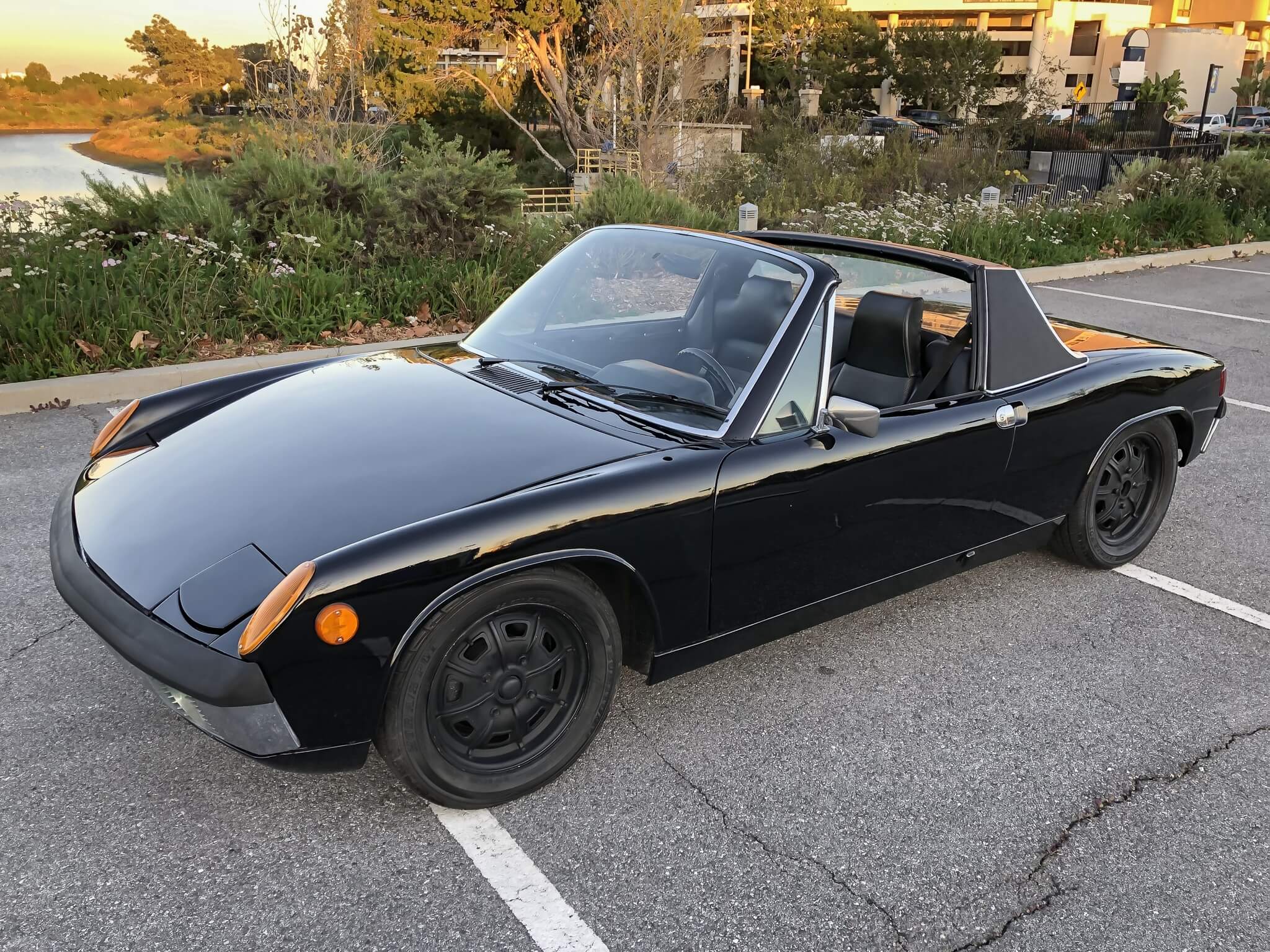 Up for auction at no reserve is this 1970 Porsche 914 finished in Black over a black leatherette interior. A joint effort between Porsche and Volkswagen, the 914 is a two-seater targa-top roadster powered by a mid-mounted air-cooled engine.  Originally sold from Bob Smith Porsche Audi of Hollywood, California, this early 1970 example has been under the seller's care since 2009 and was refinished in the current shade of black, converted to carburetion, and equipped with a new transmission, clutch, and Euro-style bumpers.  Currently showing approximately 2k miles on the 5-digit odometer, this 914 is said to have traveled just under 102k miles in total and is now being offered for auction by its seller out of California. 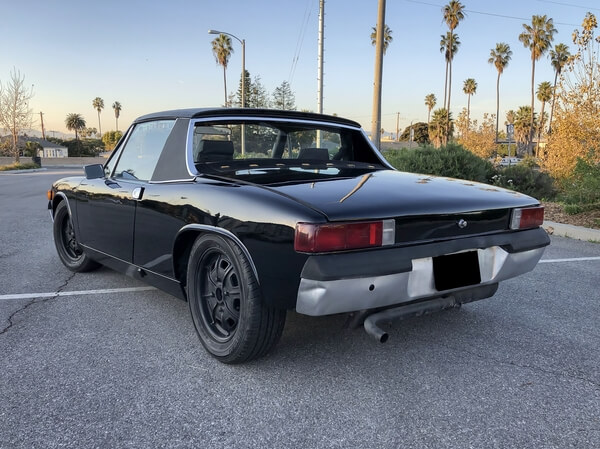 This 914 was refinished in the current shade of Black under the seller’s ownership.  The car is said to have been originally delivered in White and refinished in Black Pearl once before under previous ownership. Some orange peel is noted in the finish, the chrome rear bumper has been sprayed silver, and two small corrosion holes can be seen in the trunk. Other minor cosmetic imperfections and signs of road-going wear are present throughout the exterior, additional images are provided in the photo gallery. Euro-style chrome bumpers have been installed, the sail panel vinyl covers have been replaced, and the 15” Pedrini alloy wheels have been finished in black and dressed in Sumitomo HTR A/S P01 tires. 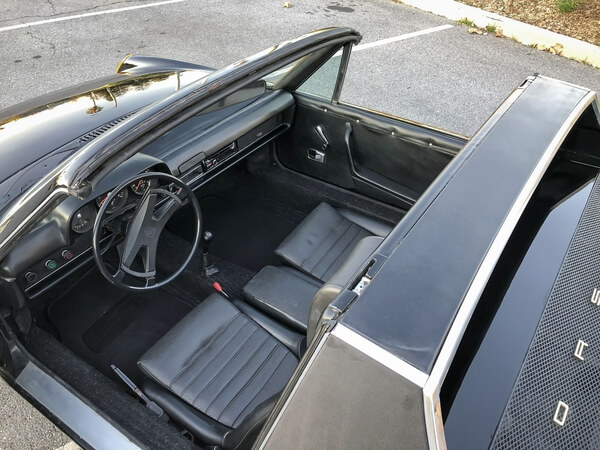 Inside, you will find a black leatherette interior with a matching dashboard, carpets, and door panels.  New carpeting is said to have been installed in 2012 and the targa top seals are reported to have been recently replaced.  A few small imperfections have been noted by the seller including a tear in the driver seat stitching and a few small cracks on the dashboard towards the base of the windscreen.  The fuel gauge and interior lights are said to have been refurbished under the current ownership along with the installation of a modern Sony radio. The radio is currently nonfunctional and the turn indicator return spring is missing. 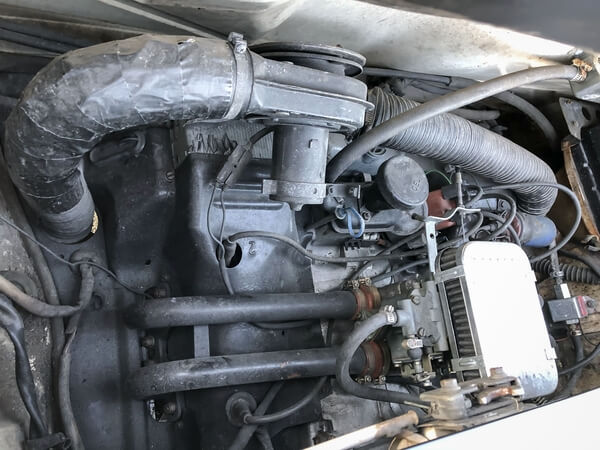 This early 914 is powered by a 1.7L VW Type 4 flat-four engine that sends approximately 80 HP to the rear wheels through a 5-speed manual gearbox.  The original fuel injection system has been replaced in favor of a carburetor.  The seller reports a long list of service items addressed under their ownership including a new transmission, clutch assembly, pressure plate, shift linkage, short shift kit, and resurfaced brake rotors. The seller also recommends the idle be adjusted and notes that the car can take up to 10 seconds to start when cold. 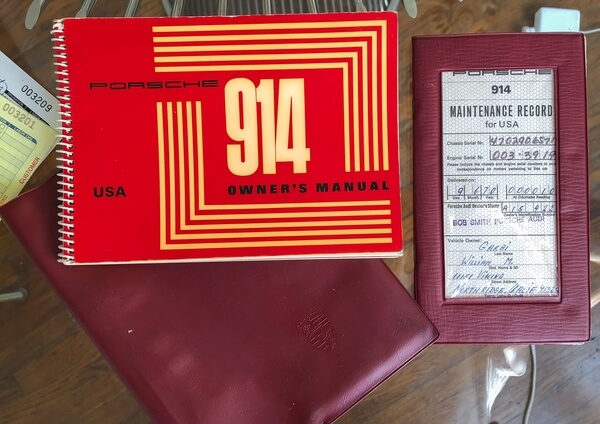 This sale will include the original owner's manual and maintenance book, service records, and a branded salvage title. Now is your chance to get behind the wheel of a driver-grade Porsche 914 at no reserve, do not miss out.