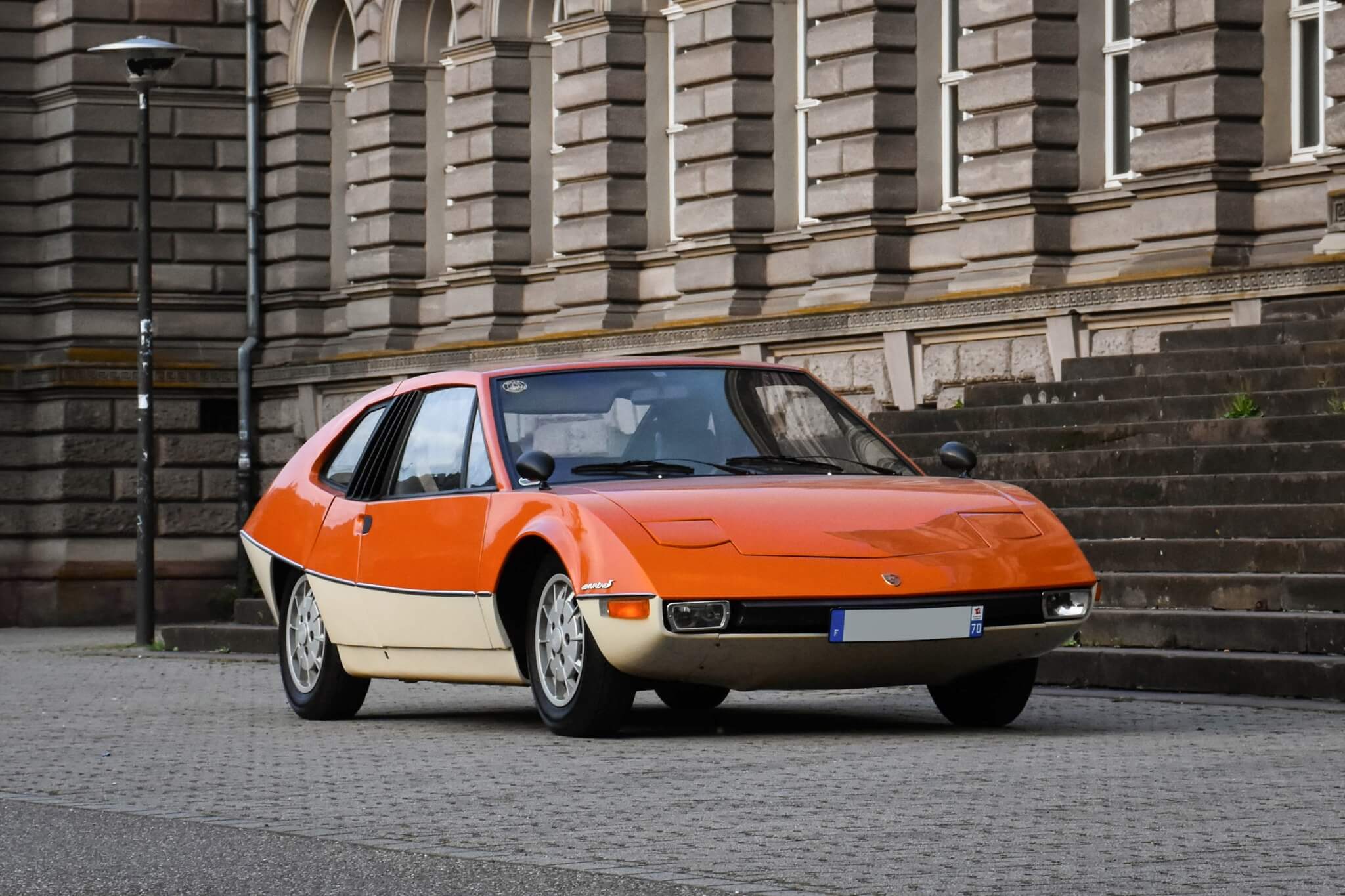 It is our pleasure to present this one-of-a-kind 1970 Porsche 914-6 prototype with coachwork by Heuliez.  At the suggestion of then-employee Jacques Cooper, French firm Brissonneau et Lotz obtained an early production 914-6 months before its official public debut to partake in a Porsche design restyling competition. Suffering a series of financial setbacks early in its development, Cooper managed to broker a deal between Brissonneau and independent designer Henri Heuliez, who readily agreed to take on the project as a means to gain a foothold in the automotive industry. Heuliez’s work progressed from a sketch to a running and driving prototype in just two-and-a-half months. Designed by Cooper, a former Raymond Loewy employee, this coachbuilt 914-6 prototype was the third and last of the wedge-like factory-backed design studies presented that year, the first being an Albrecht von Goertz design by Eurostyle Torino, the other, Tapiro, the work of Giorgetto Giugiaro’s ItalDesign. Debuted to the public in Heuliez’s booth at the 1970 Paris Motor Show, Murene as it became known, later displayed at the Geneva Motor Show in the fall. Murene remained in the private collection of Heuliez for over 40 years until the firm’s closure in 2012 when it was purchased by the current owner. Most recently displayed at the Porsche Museum in 2019 celebrating the 50th Anniversary of the 914 model, this incredibly unique design study is now being offered for auction out of an esteemed collection in Strasbourg, France. 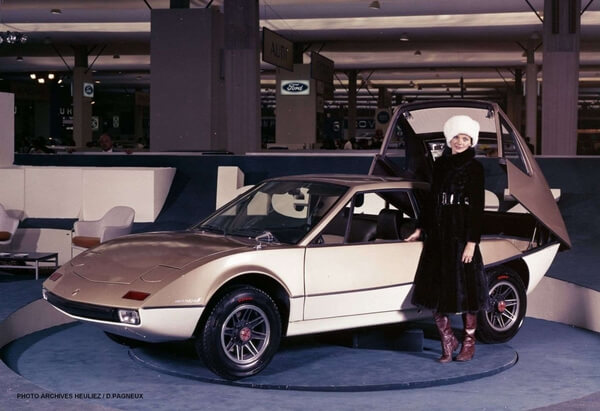 Nearly all the 914’s original Karmann panels were swapped in favor of custom metal coachwork.  The design envisioned a wedge-like body style that swooped upward toward the rear. Cooper incorporated gills within the widened B-pillars replacing the 914’s horizontally mounted grille above the engine. Other details include unique badging, fender-mounted mirrors, and custom taillamps. Murene was originally presented in brown metallic over light beige for the 1970 Paris Motor Show (Salon de l’Automobile) and Geneva Motor Show (Salon Auto Genève). Acquired from Brissonneau in 1971, Heuliez refinished Murene in metallic orange over beige and added the car to his personal collection. Murene is said to have been restored by Heuliez in 2012 shortly before the current owner’s acquisition. Evidence of its original brown metallic paintwork can be seen in images provided in the listing gallery. Murene rides on a set of 5-lug 15” Mahle Gas Burner wheels mounted with period-style Vredestein Sprint Classic tires. 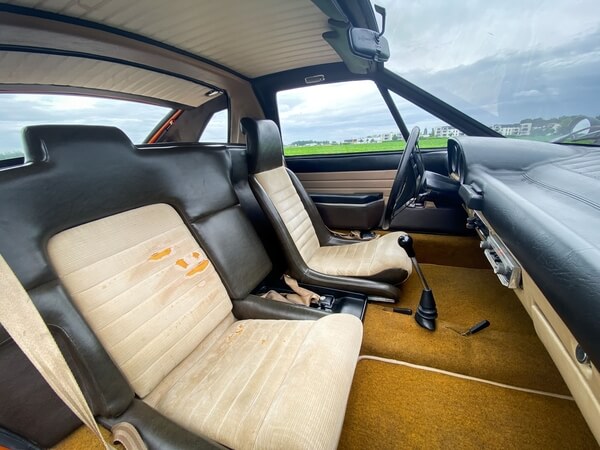 The interior presents a unique two-tone black and tan theme. The traditional vinyl-wrapped dashboard is traded for one of leather, and the black and corduroy seats remain in typical 914 fashion with light patina showing throughout. The two-tone door panels are fitted with leather armrests and a triangular instrument cluster houses three analog Porsche dials including temperature gauges, a tachometer, and a speedometer. Other features include a traditional 914 steering wheel, switches for lights, heat, and defrost, as well as a Becker AM radio. 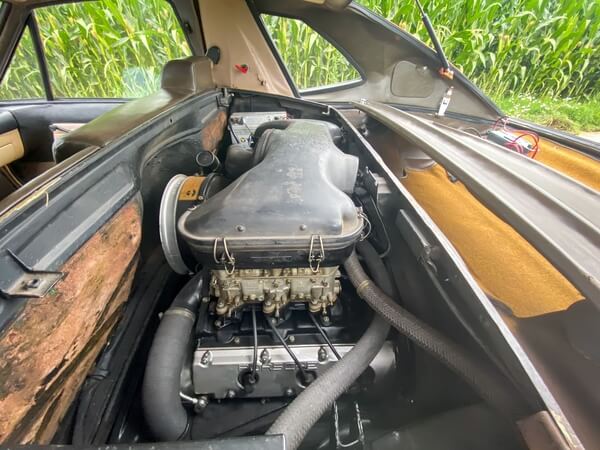 The drivetrain of the original Porsche 914-6 was utilized including its air-cooled 2.0L flat-six engine and 5-speed manual gearbox. The engine and transmission both are said to have been rebuilt while under the care of Heuliez. 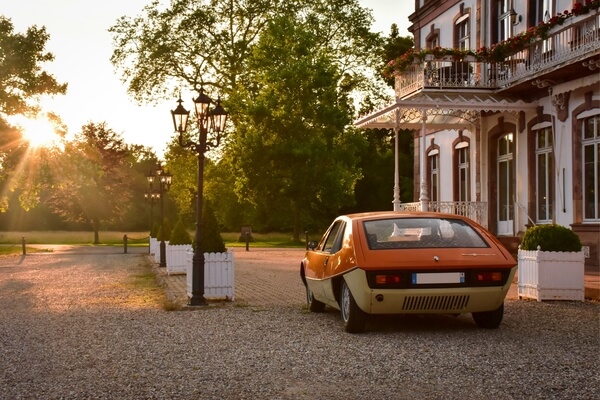 Murene along with the Goertz and Giugiaro cars suffered a similar fate. It is said that whether the designs were liked or not, Porsche and Karmann officials decided to abandon the 914-restyling project. Despite this, Henri Heuliez accomplished what he set out to do: gain a foothold in the automotive sector, create a design studio, and begin to build prototype and show cars for European and American carmakers. Jacques Cooper would continue work with Brissonneau and would later design a TGV high-speed train alongside Paul Bracq. Murene has since been displayed at the Porsche Museum during the 50th Anniversary of the 914 in 2019. 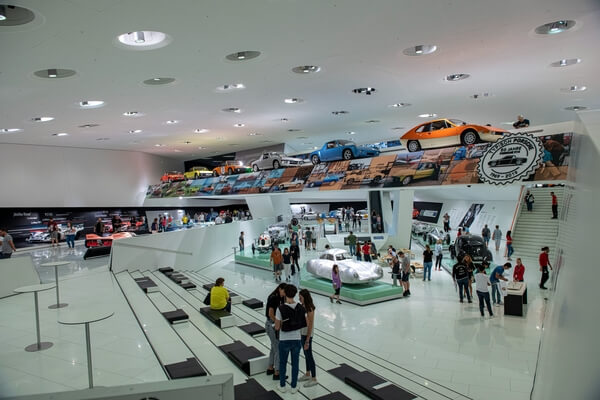 The sale will include a collection of historical images, an assortment of records including the official invitation to enter the 1970 Paris Motor Show, a scale model by Jacques Cooper, and a clean French registration in the seller’s name. An important piece of Porsche’s air-cooled history and a possible source of influence for Porsche’s later design work, Murene presents a rare collecting opportunity that is not to be missed.