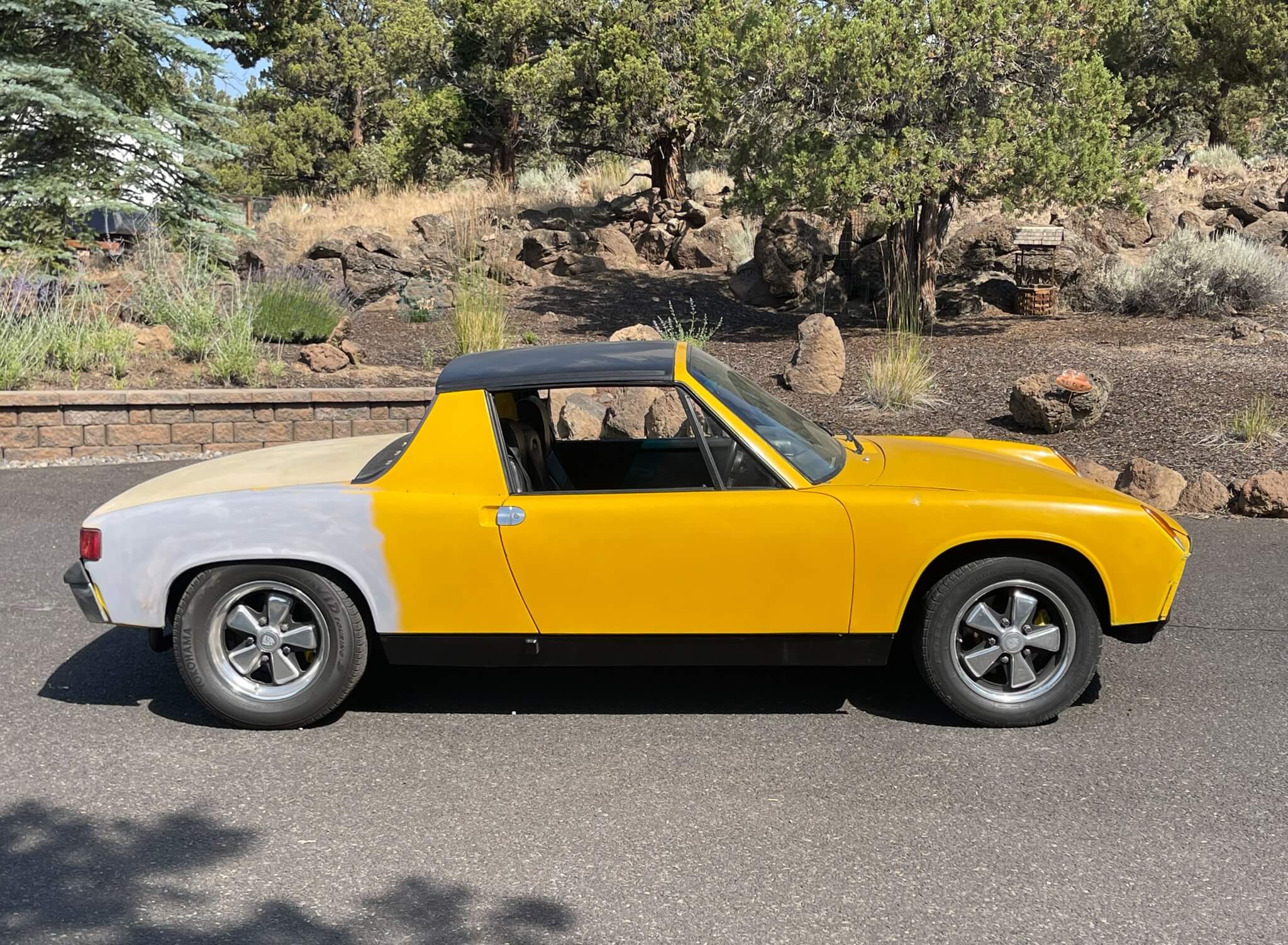 Built at the Porsche factory in Zuffenhausen, the 914/6 carried a flat-six engine derived from the 911 and saw a production run of only 3,338 examples between 1969 and 1972.  This Lemon Yellow 1970 example was acquired by the owner’s father in 1973 and received an upgraded 2.0-liter engine that was rebuilt about 20k miles ago. An ideal project car for any air-cooled Porsche enthusiast, this 914/6 is now being offered for auction out of Oregon. 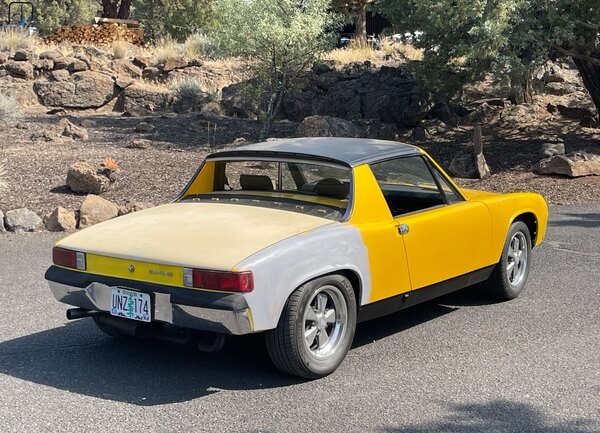 This 914/6 comes finished in Lemon (Canary) Yellow, a classic Porsche color offered on the 911 since 1966 which also became available on the 914 during the early 1970s. An aftermarket front bumper has been fitted and the nose section is said to have been professionally replaced following a minor accident in 1978.  The front and rear fenders have been rolled to accommodate wider 15”x6” and 15”x8” Fuchs wheels. Some corrosion is present below the windshield and at the bottom of the front fenders. The rear decklid and passenger quarter panel have been partially prepped for paintwork and the seller recommends the full exterior be refinished. The floor pans are also believed to be original and show little to no traces of rust. Additional images are provided in the gallery. 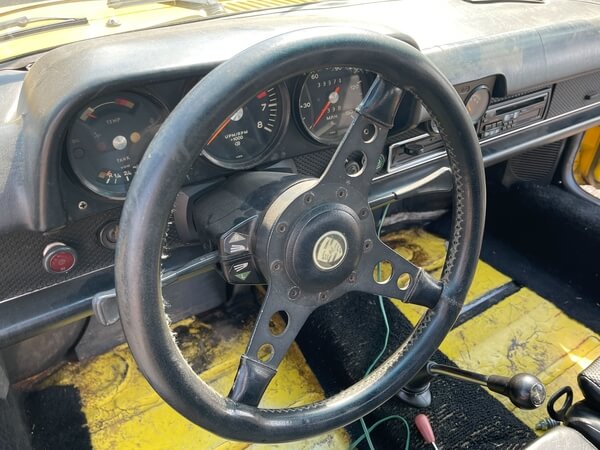 The cabin is trimmed in black leatherette upholstery with matching carpets and basketweave pattern inserts on the seat centers and dashboard. Compared to the four-cylinder models, the 914/6 features a traditional Porsche ignition lock on the left side of the steering column. An aftermarket three-spoke steering wheel has been equipped as well as an aftermarket radio which is believed to be inoperable. The seller states all gauges remain fully functional. 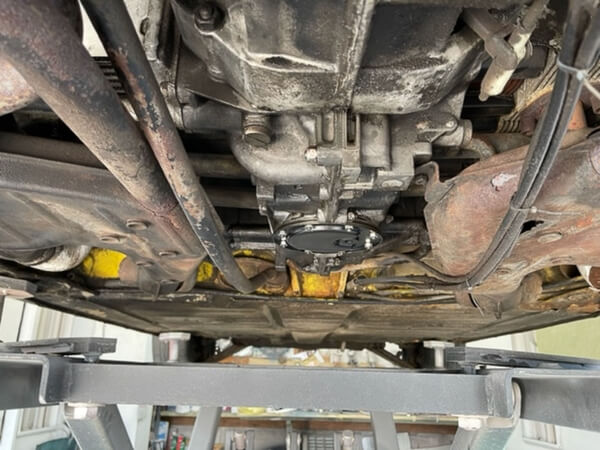 This 914/6 has been fitted with a 2.0-liter flat-six engine sourced from a 911T and mated to a replacement 5-speed manual transaxle borrowed from a 1974 example. The motor is said to have been rebuilt by the specialists at Schneider Autohaus about 20k miles ago and the seller states the car is currently in running and driving condition, although a tune-up and clutch service is recommended. 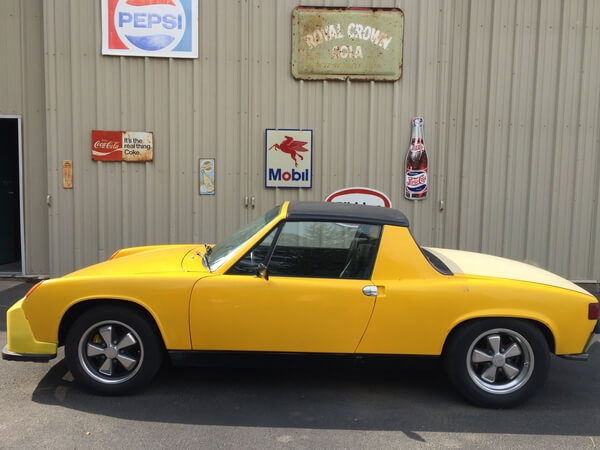 This sale will include owner’s manuals, some documentation, a spare tire, a jack, and a clean title.