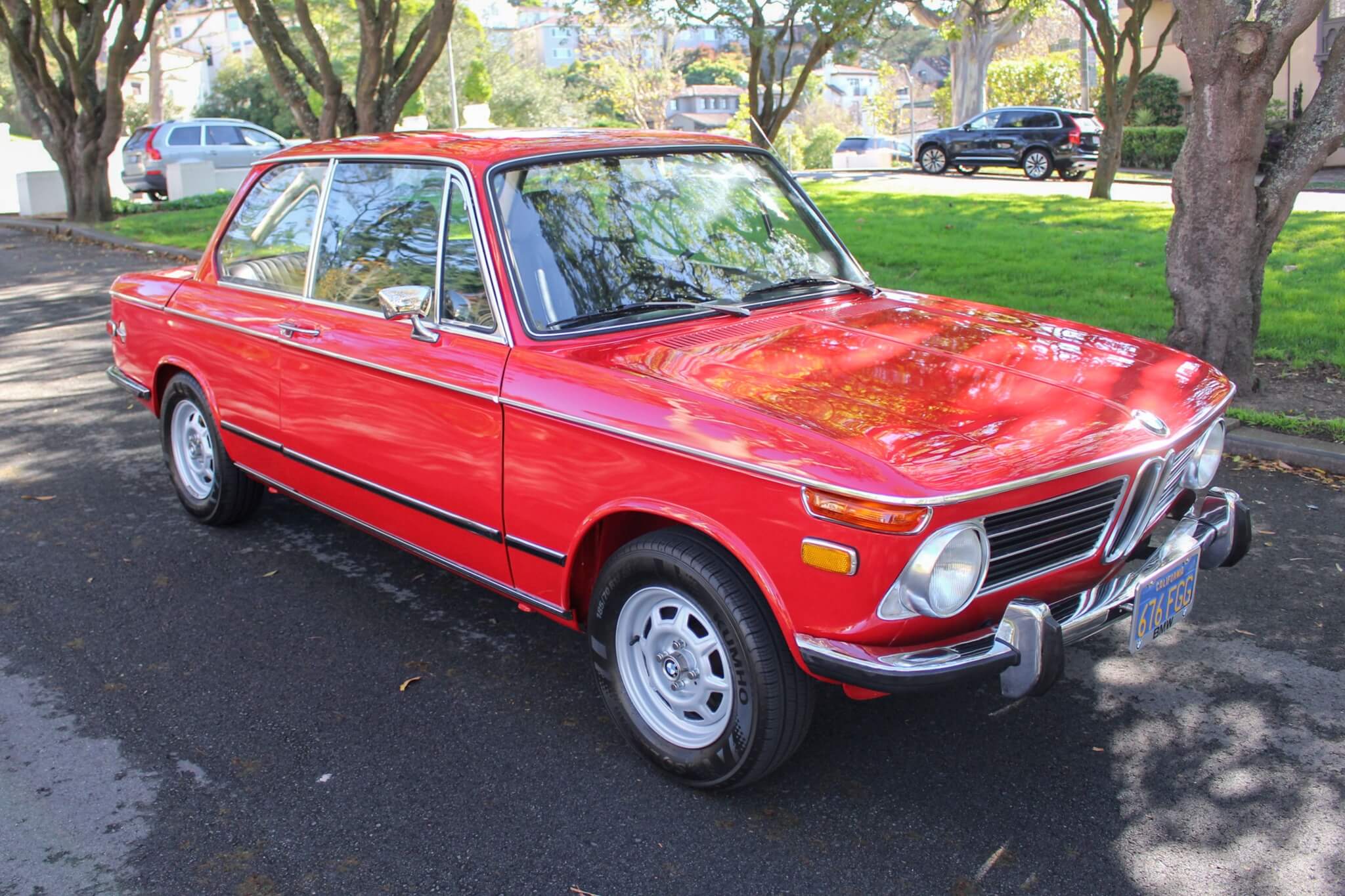 We are pleased to present this 1972 BMW 2002tii finished in Verona Red over a black interior. Created following Max Hoffman’s request for a sporting version of BMW’s “Neue Klasse'' 02 Series, the 2002 is widely regarded as the car that brought BMW to the forefront of the U.S. automotive market. The 2002tii (Touring Injection International) version debuted in 1971 with Kugelfischer mechanical fuel injection, which offered a substantial increase in both performance and reliability. This 1972 example was acquired by the seller in 2019 from the second owner out of the San Francisco Bay Area who had the car garage kept for over 20 years.  Having since received new leather upholstery and extensive servicing, this classic BMW 2002tii is now being offered for auction by its seller out of California. 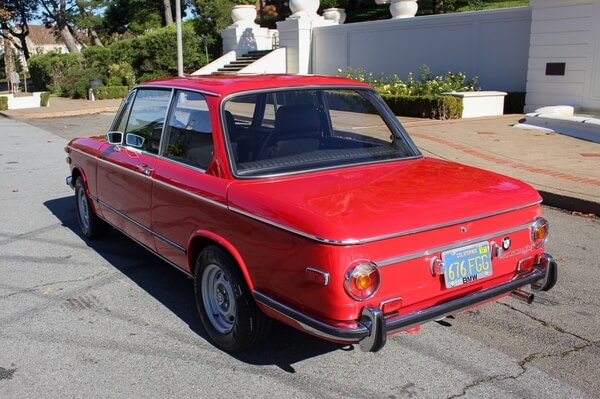 This 2002tii comes finished in Verona Red (024) and is said to have been completely refinished in its original color under prior ownership. Exterior details include dual side mirrors, early-style round taillights, a single polished exhaust outlet, and a chrome grille, window surrounds, and front and rear bumpers with overriders. This 2002tii was issued a branded title following damage reportedly caused by a pothole in the 1980s.  The exterior is described to be in very good condition overall and the seller reports no rust concerns, additional images are provided in the gallery. The original 13” steel wheels wear BMW center caps and come dressed in new Kumho Solus all-season tires. 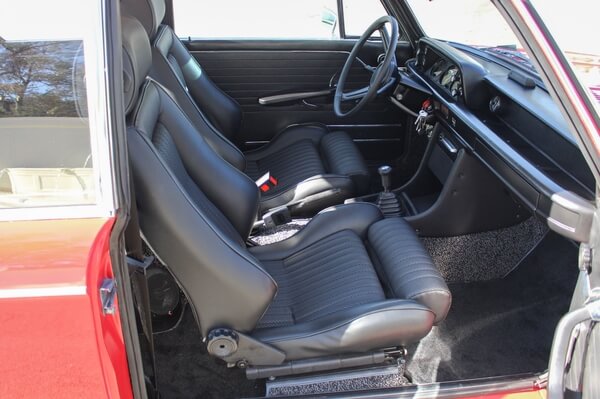 The cabin features newly reupholstered Recaro bucket seats in black leather with perforated inserts as well as new salt and pepper carpeting and black floor mats. A leather three-spoke steering wheel sits ahead of a 120-MPH speedometer and a 6400-RPM tachometer, as well as gauges for fuel level and coolant temperature. An Alpine Bluetooth head unit has been fitted and paired with new speakers in the rear footwell.  Some small cracks are depicted on the spokes of the steering wheel and the seller reports the original headliner and door panels to have been very well preserved. 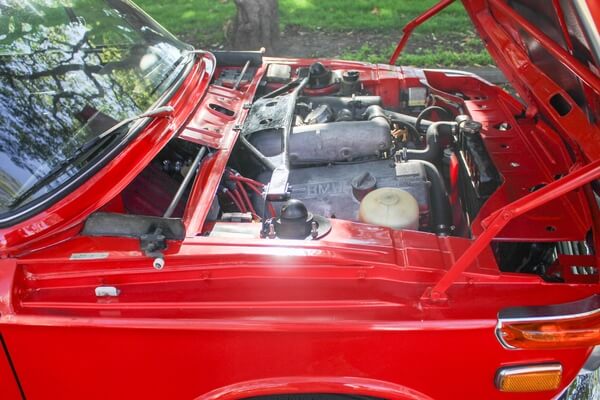 Power is supplied by a 2.0L M10 inline 4-cylinder engine featuring Kugelfischer mechanical fuel injection. As much as 130 HP and 131 lb.-ft of torque are sent to the rear wheels through a 4-speed manual gearbox. Recent service and replacement parts include a new breather box, new brake pads and rotors, a new muffler, all-new engine hoses, new lights, gaskets, and replacement of the fuel injection linkages. An Optima Red Top AGM battery has been relocated to the trunk, and custom front and rear strut reinforcement bars have been fitted. Images of the undercarriage are provided in the gallery along with engine compression test results. 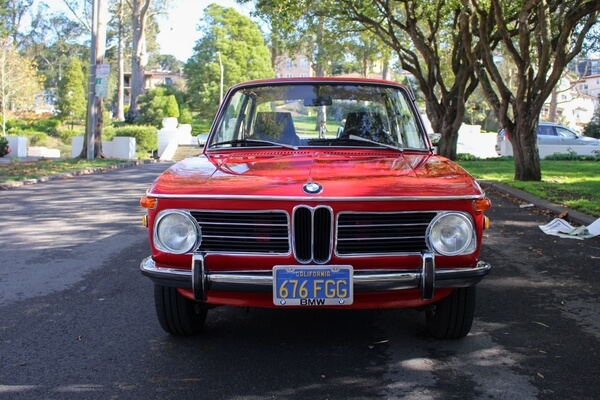 This sale will include a full-size spare wheel and a California salvage title. This nicely sorted BMW 2002tii presents a great opportunity for any classic European car enthusiast, do not miss out.