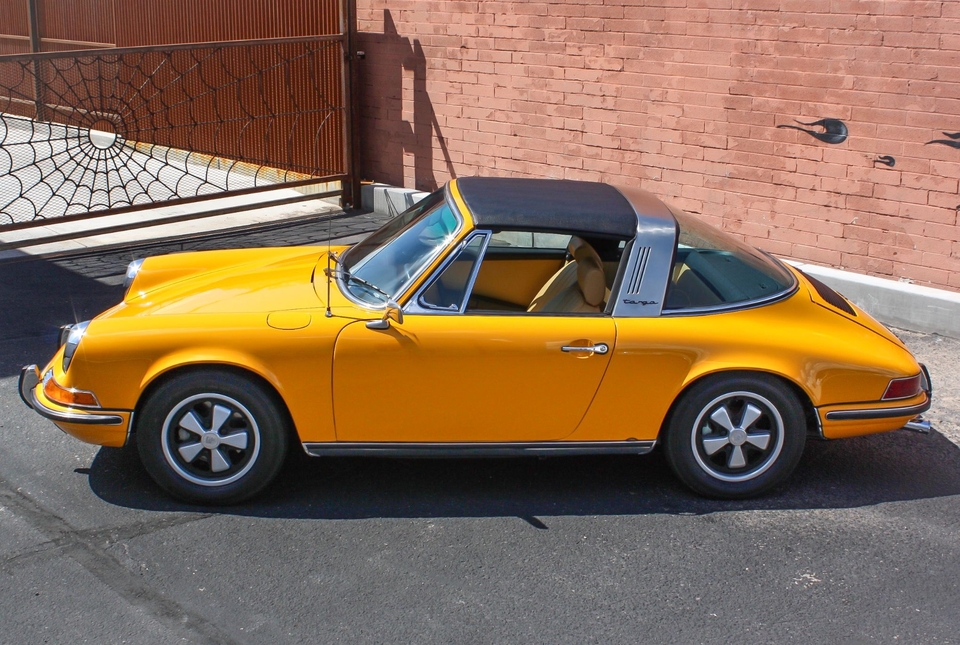 We are pleased to introduce this stunning 1972 Porsche 911T Targa presented in Signal Yellow over a black and tan leather interior.  Purchased by its current owner from its long-time caretaker in 2014, this 911 underwent an extensive cosmetic bare-metal restoration resulting in an impeccable show-quality finish.  Carrying a fully rebuilt and number’s matching 2.4L fuel-injected engine, this 1972 example is accompanied by extensive records and is now being offered for auction showing approximately 56k miles on the odometer. 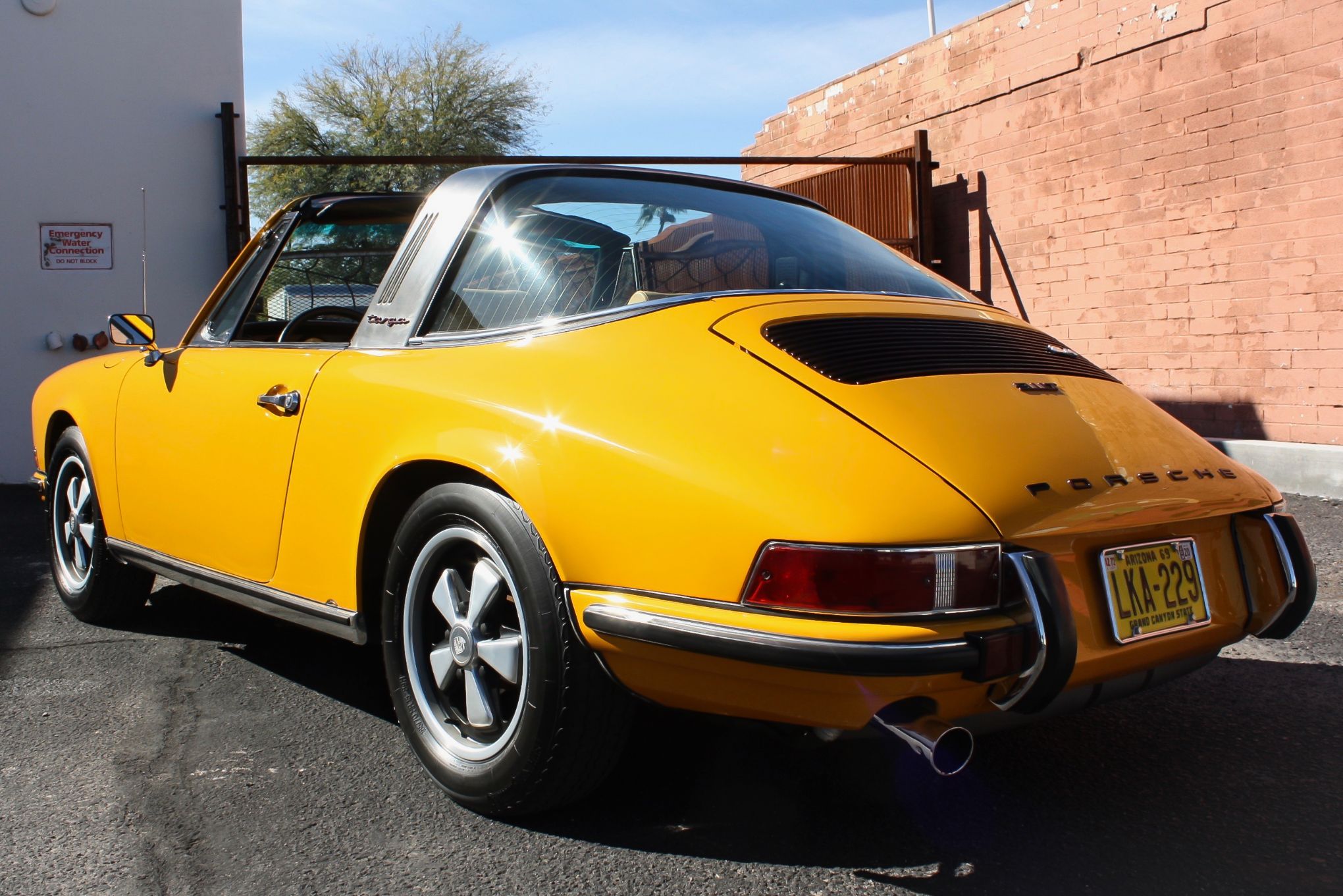 This Targa was taken down to bare metal and professionally refinished in it’s rarely seen originally specified color of Signal Yellow.  An enamel single-stage paint application was used to ensure a factory-like finish.  During this time, all exterior seals were replaced and all brightwork was properly refurbished to as-new standards.  All body panels are stated to be original including the floorboards.  Noteworthy details include a distinctive stainless steel targa bar and wraparound rear dome glass.  This 911 rides on a set of factory Fuchs wheels which come dressed in period correct Vredestein tires. 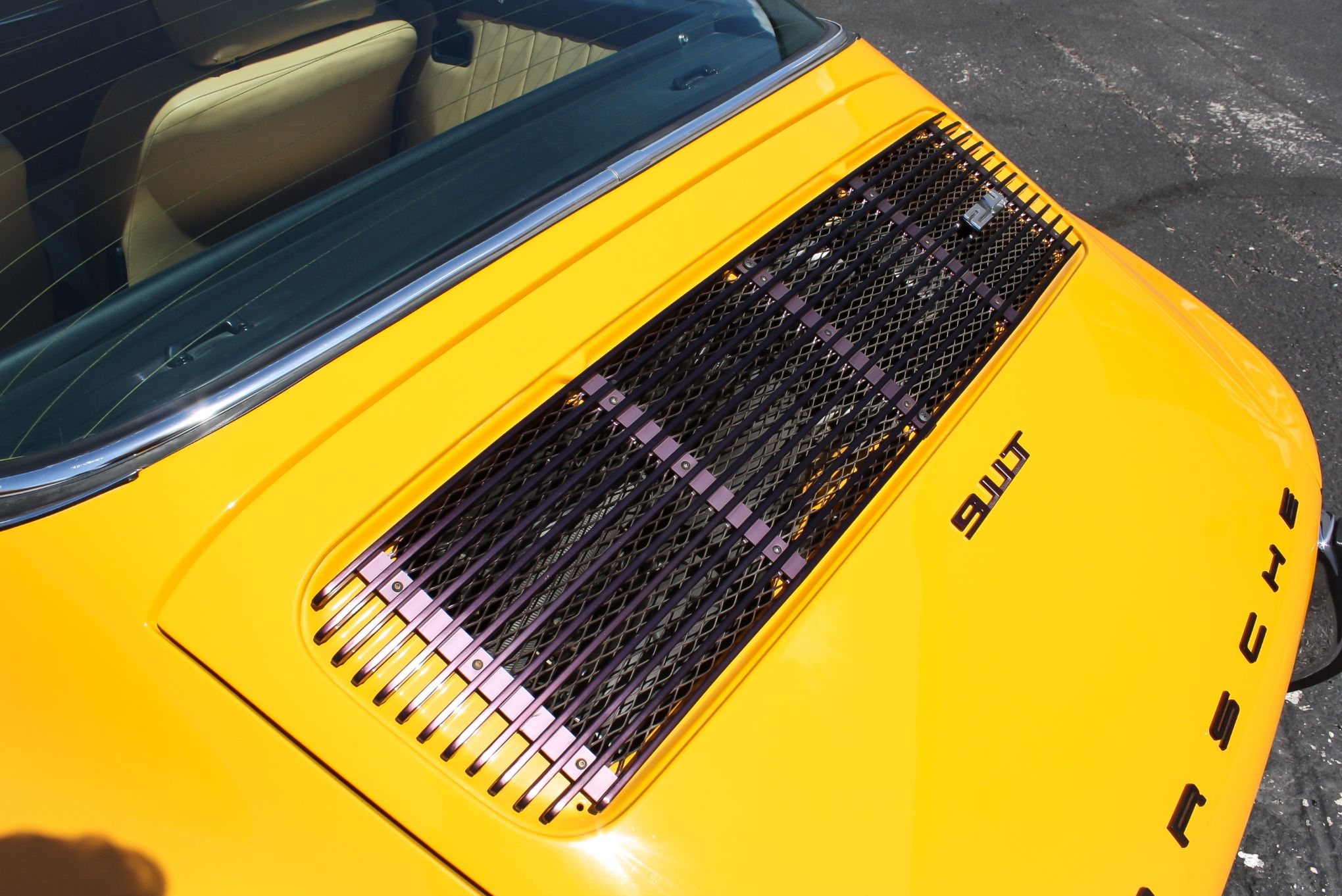 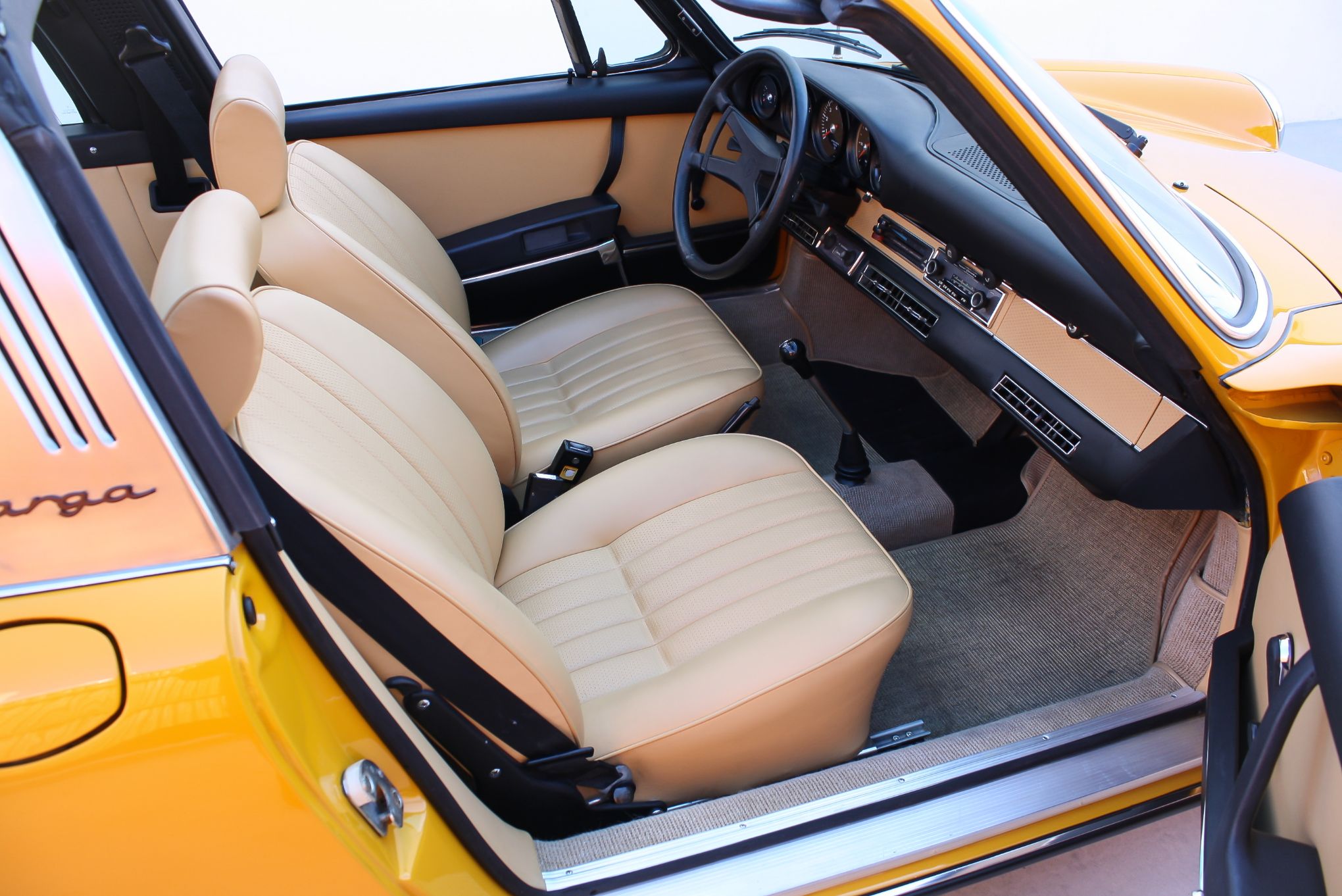 The cabin was professionally restored by Stuttgart Upholstery using backdated square weave carpeting and tan European leather in favor of the original black vinyl.  The seller notes that this car does have air conditioning, although the compressor is not currently installed.  All gauges, electrical components and accessories remain fully functional. 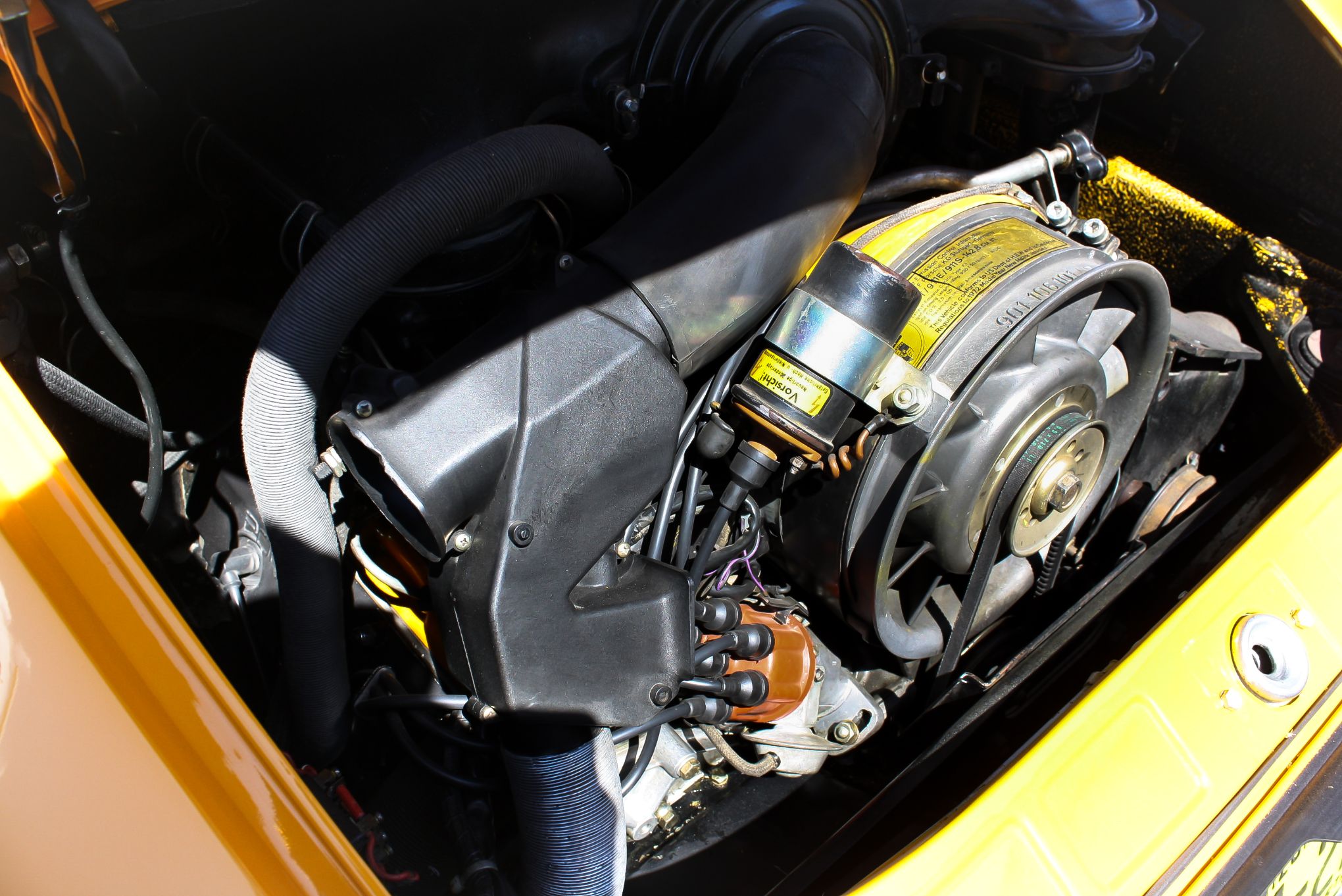 This Targa carries a number’s matching 2.4L flat-six fuel-injected engine which sends approximately 140 HP to the rear wheels by way of a 5-Speed manual gearbox.  The engine was fully rebuilt in 2001 at 55k miles and the transmission was rebuilt shortly thereafter.  Tucson Mountain Motors carried out the majority of the mechanical refurbishment which included new bushings, brakes and all correct plated hardware.  An extensive collection of service records dating back to 1993 shows regular scheduled maintenance and proper upkeep. A truly well-presented example, this Targa is being offered in excellent driving condition. 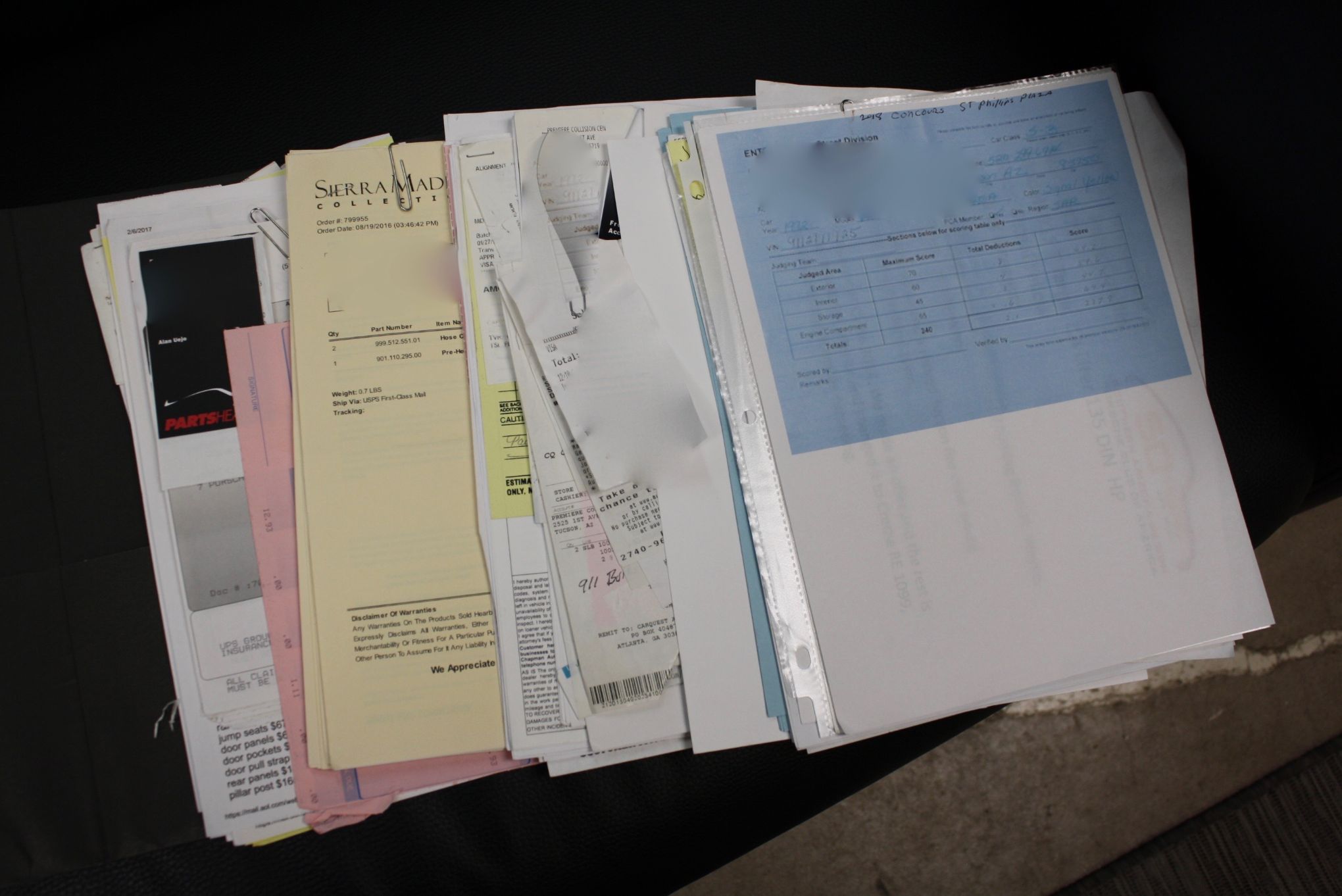 The sale of this exemplary 911T Targa will include a master key, original documentation, comprehensive service records and a clear title.  A masterfully resorted example presented in a rare and sought-after color combination, this Targa represents an incredible opportunity for any discerning air-cooled enthusiast.