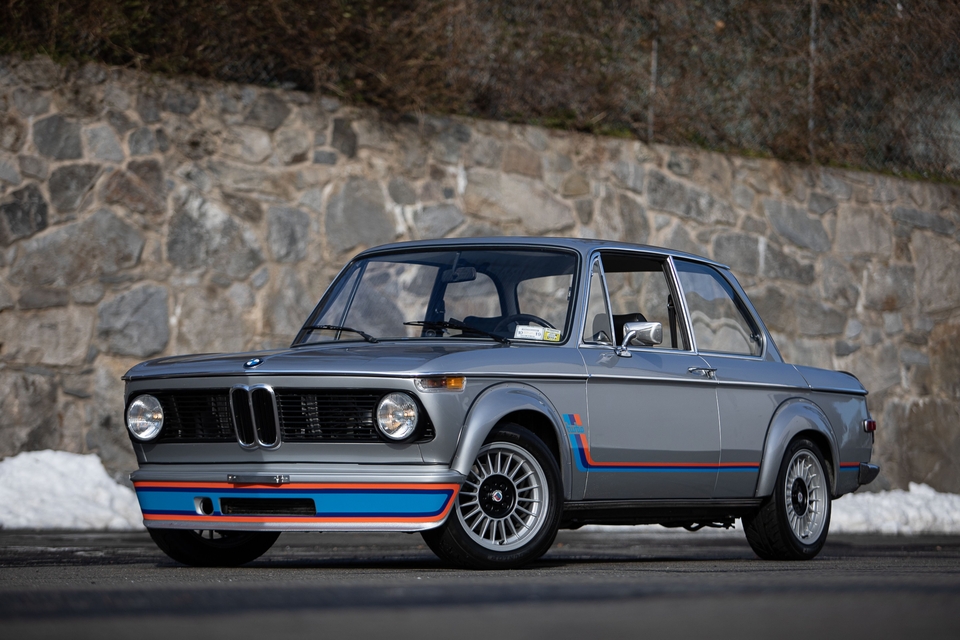 It is our pleasure to present this 1974 BMW 2002 Turbo finished Polaris Silver Metallic with iconic BMW Motorsports graphics.  Representing BMW’s first turbocharged production car and one of out of 1,672 examples ever built, this 2002 Turbo spent in Italy and England before being imported to the U.S. in 1986. It has been gradually restored over the years including a major mechanical overhaul and full engine rebuild carried out in 2014 at a cost of nearly $40k.  Reported to have been kept in climate-controlled storage by its current owner over the past 3 years while accumulating very few miles, this impeccable BMW 2002 Turbo is now being offered for auction out of Connecticut with approximately 98k kilometers (61k miles) showing on the 5-digit odometer and accompanied by extensive service records and historical documentation dating back to the 1970s. 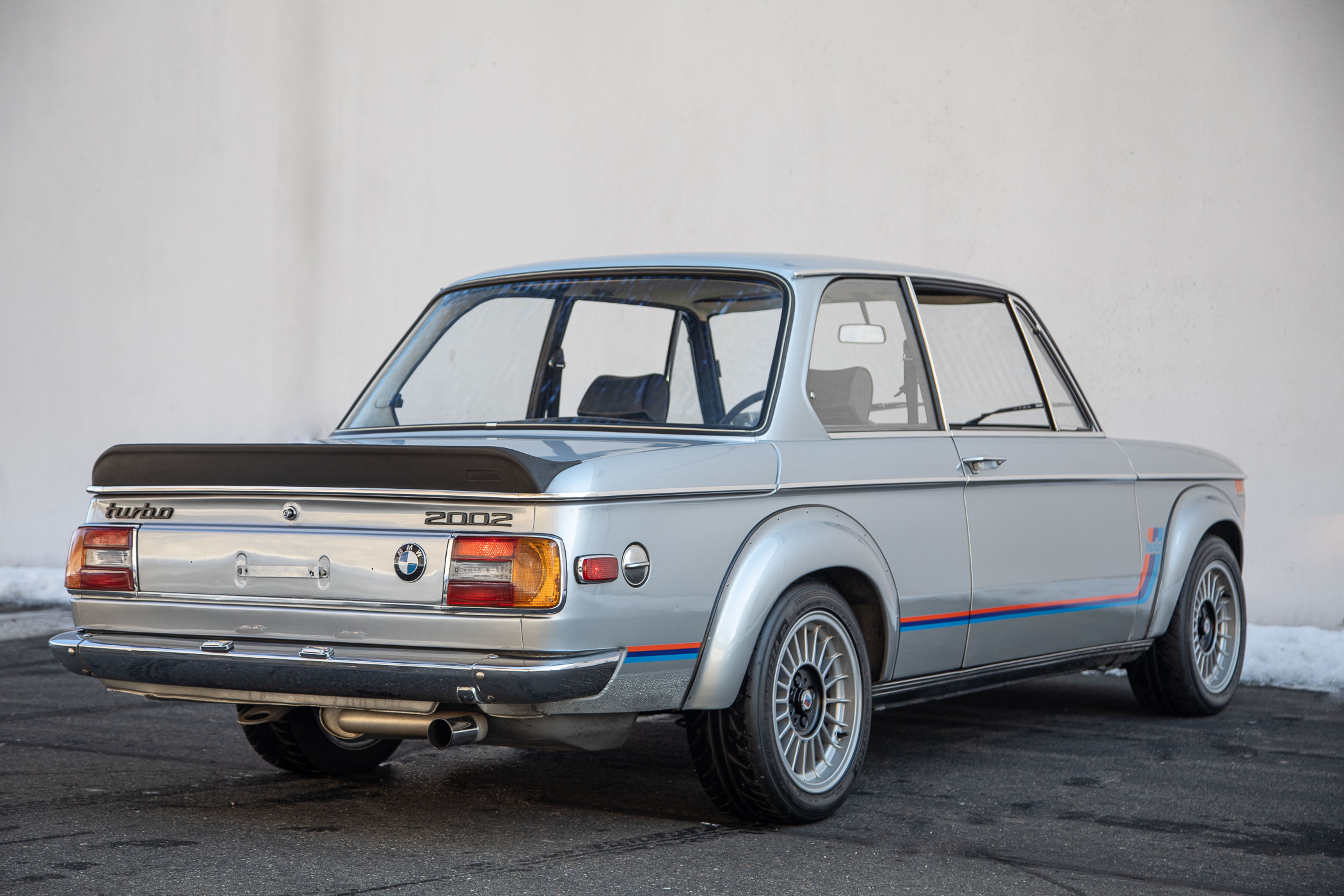 During the 1990s, this BMW was completely stripped and refinished in its original Polaris Silver Metallic color.  The trunk floor and spare tire well were replaced entirely, and new rubber seals and exterior decals were also previously installed along with many new trim pieces and moldings.  The paint is described to be in exceptional condition aside from a small blemish depicted on the passenger side lower portion. Detailed images are provided in the photo gallery along with a collection of supporting invoices.  Some noteworthy highlights include flared fenders, front and rear spoilers, BMW Motorsports stripes, and 15” Alpina wheels dressed in Dunlop Direzza tires. 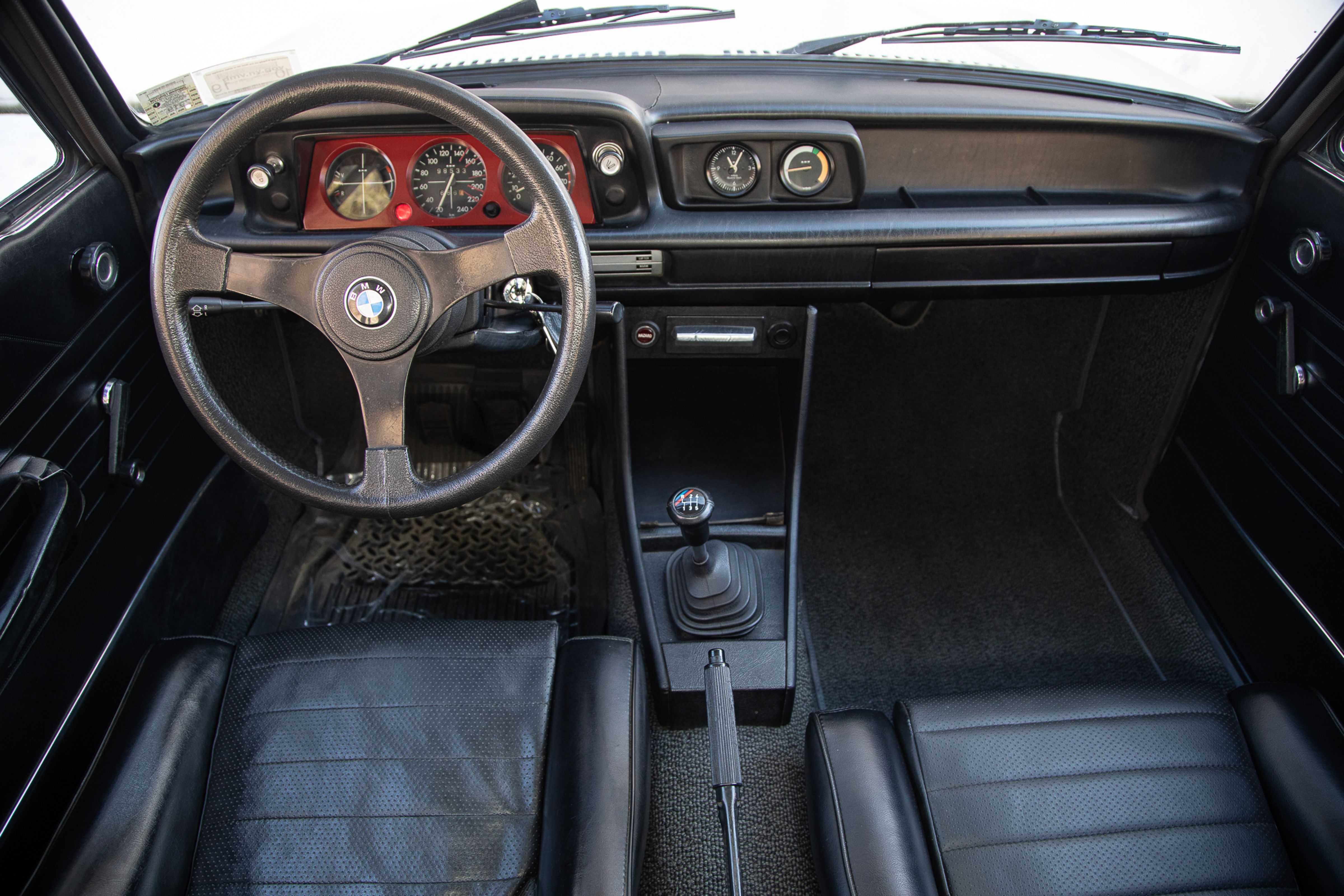 The black leatherette interior features sport seats as well as a Turbo-specific 3-spoke steering wheel, red instrument surround, and a separate analog boost gauge.  Rear seatbelts were added shortly after importation in the U.S. and there is also an invoice for a new carpet kit during the 1990s.  The cabin is reported to be in very nice condition aside from a crack in the dashboard as depicted in the photo gallery. All gauges and accessories are said to remain fully functional. 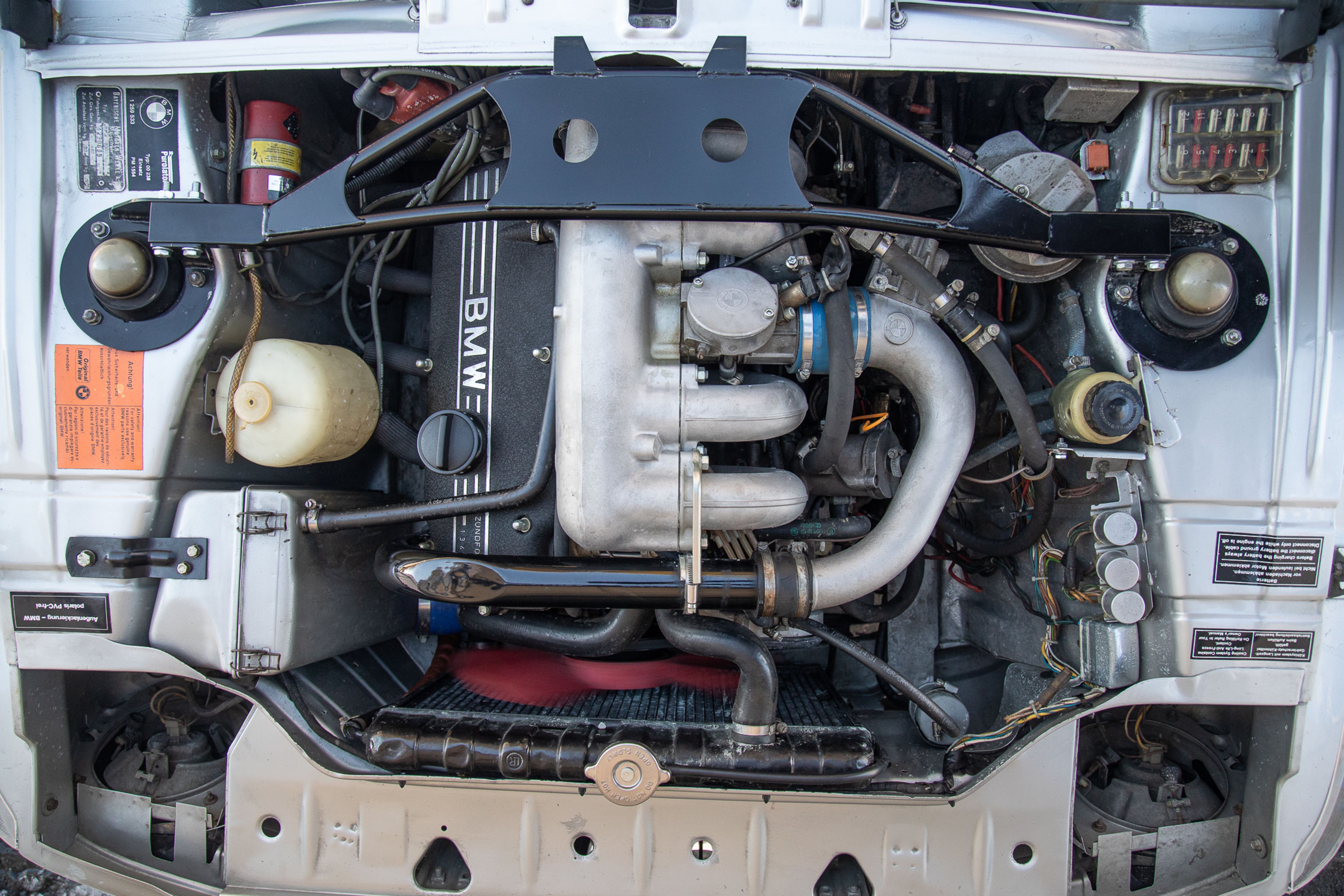 An M10 2.0 L turbocharged inline 4-cylinder engine sends approximately 170 HP to the rear wheels through a Getrag 5-speed manual transmission.  Records show consistent maintenance throughout the car’s lifetime including a major mechanical overhaul by Korman Autoworks of North Carolina in 2014 at a cost of just under $40k.  This included a full rebuild of the engine, turbocharger, brakes, and suspension as well as refurbishment and reseal of the gearbox.  A vast collection of records is available for reference in the photo gallery along with images of the engine rebuild, and this BMW is reported to run and drive beautifully. 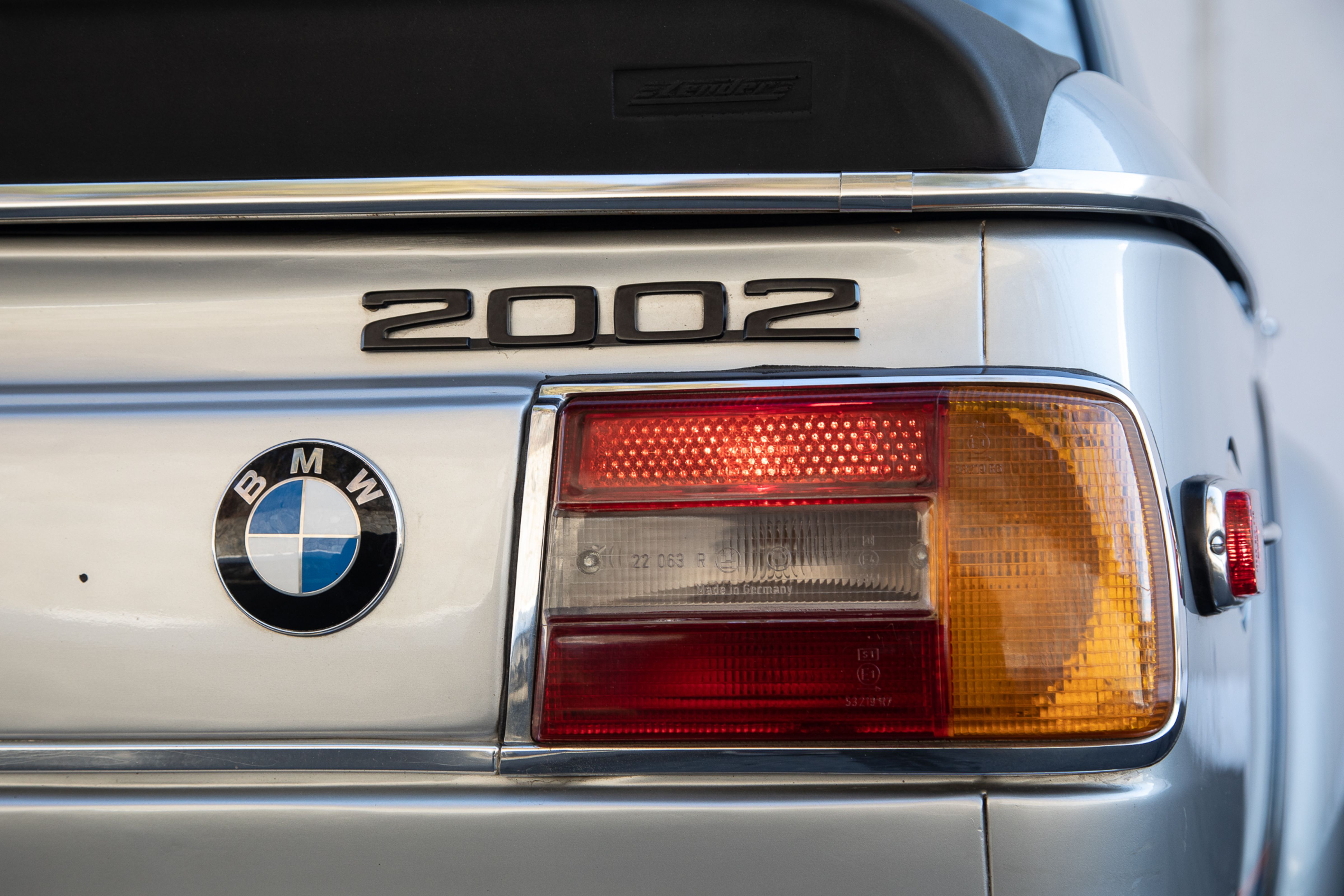 This sale will include a collection of records and documentation dating back to the 1970s and a clean title.  Now is your chance to own the legend, do not miss out on this thoroughly restored 1974 BMW 2002 Turbo.