We are pleased to present this incredible 1974 Porsche 911 Carrera 2.7 Tribute finished in Mexico Blue.  Having been owned by Porsche racing legend and team owner Bruce Leven, this 2.7 boasts top-tier upgrades and exciting customizations that make it one of the most unique tribute builds on the market.  Leven's best season in racing was 1987, when his team earned six wins, with drivers Jochen Mass and Bobby Rahal finishing third and fifth in the IMSA Championship.  This stunning 911 shows 11,716 miles on its five-digit odometer and is now being offered for auction in excellent, fully restored condition by its seller in Georgia. 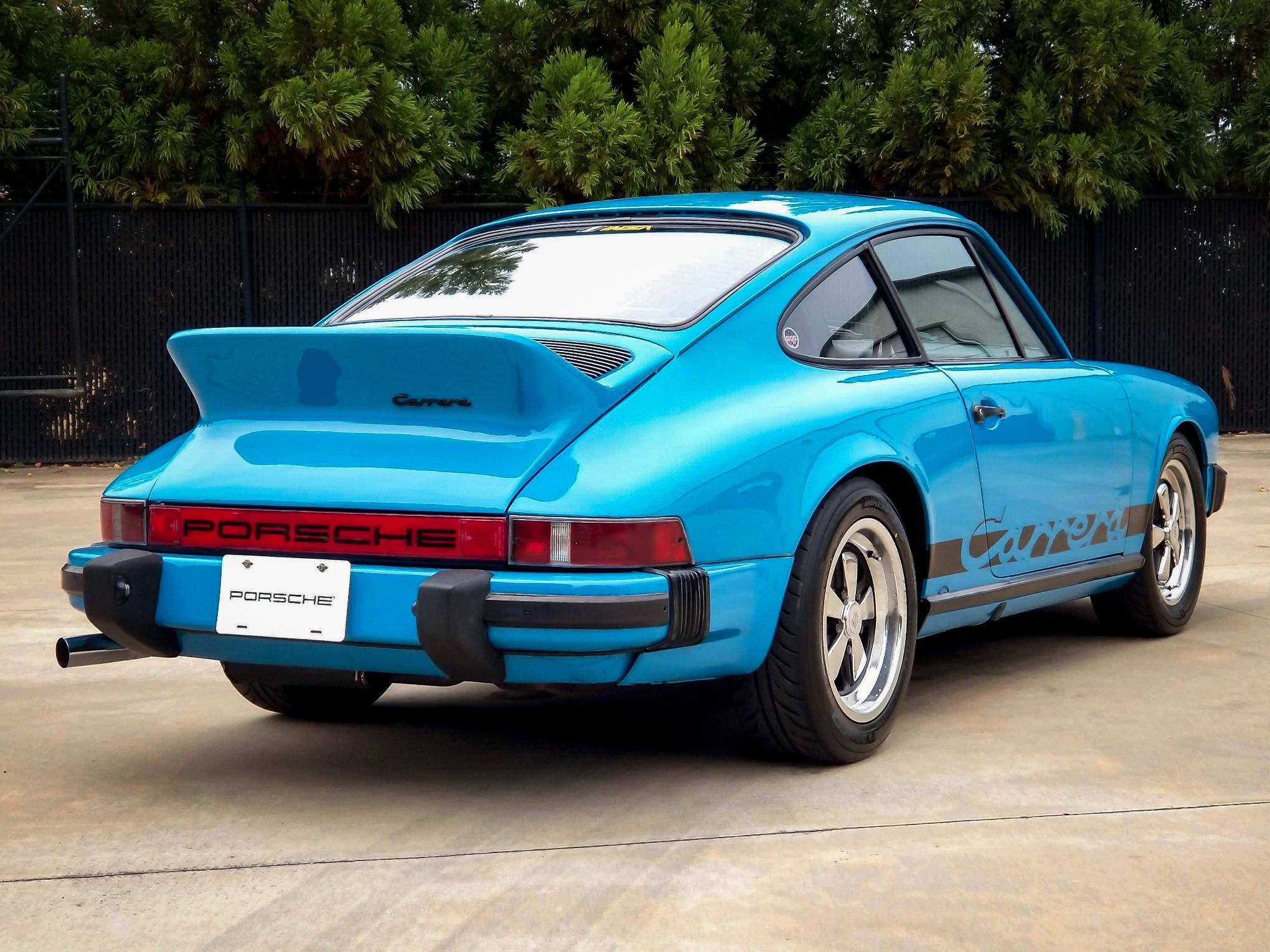 Refinished in its original Porsche COA verified color of Mexico blue during its restoration around 2006, this Carrera is surely a head turner.  The seller states that the paint remains in exceptional condition and looks as if it were kept in a climate controlled environment its entire life.  Exterior features include: an iconic duck tail spoiler, Carrera trim package, and Euro-spec headlights and accessories (the original US spec headlights will be included in the sale).  This 911 rides on gorgeous Fuchs wheels which come wrapped in new Dunlop tires. 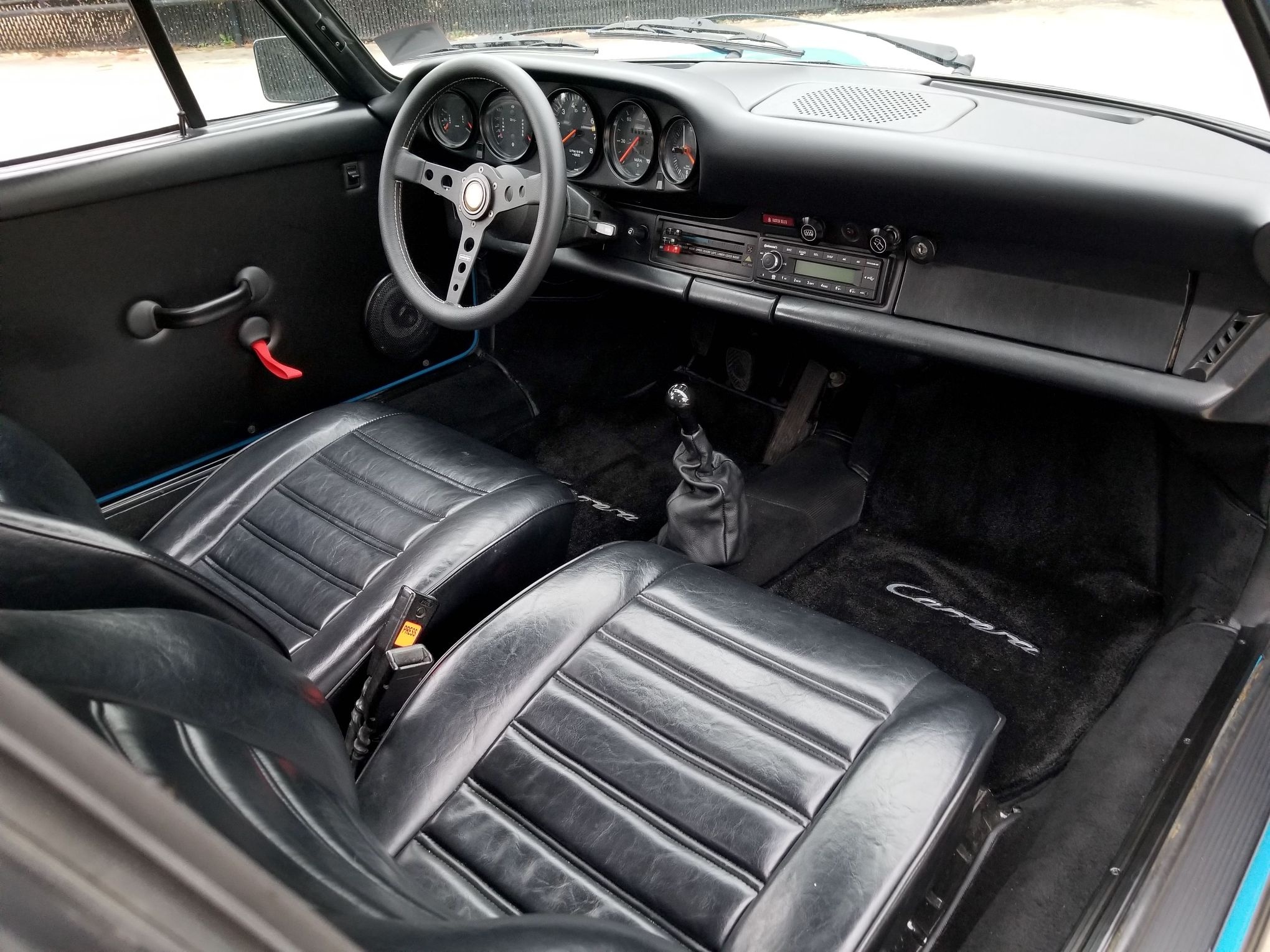 Inside, this 911 sports a clean black leatherette interior that highlights power windows, a power sunroof, a new OEM dashboard, rebuilt tachometer and Carrera RS door panels.  Other features include: Rennline dash knobs, a Momo Prototipo steering wheel, a new Bluetooth stereo with front speakers and Carrera script floor mats.  The seller has confirmed that all gauges, electronics and accessories are fully functional and that the original steering wheel, door panels and radio will be included as part of the sale. 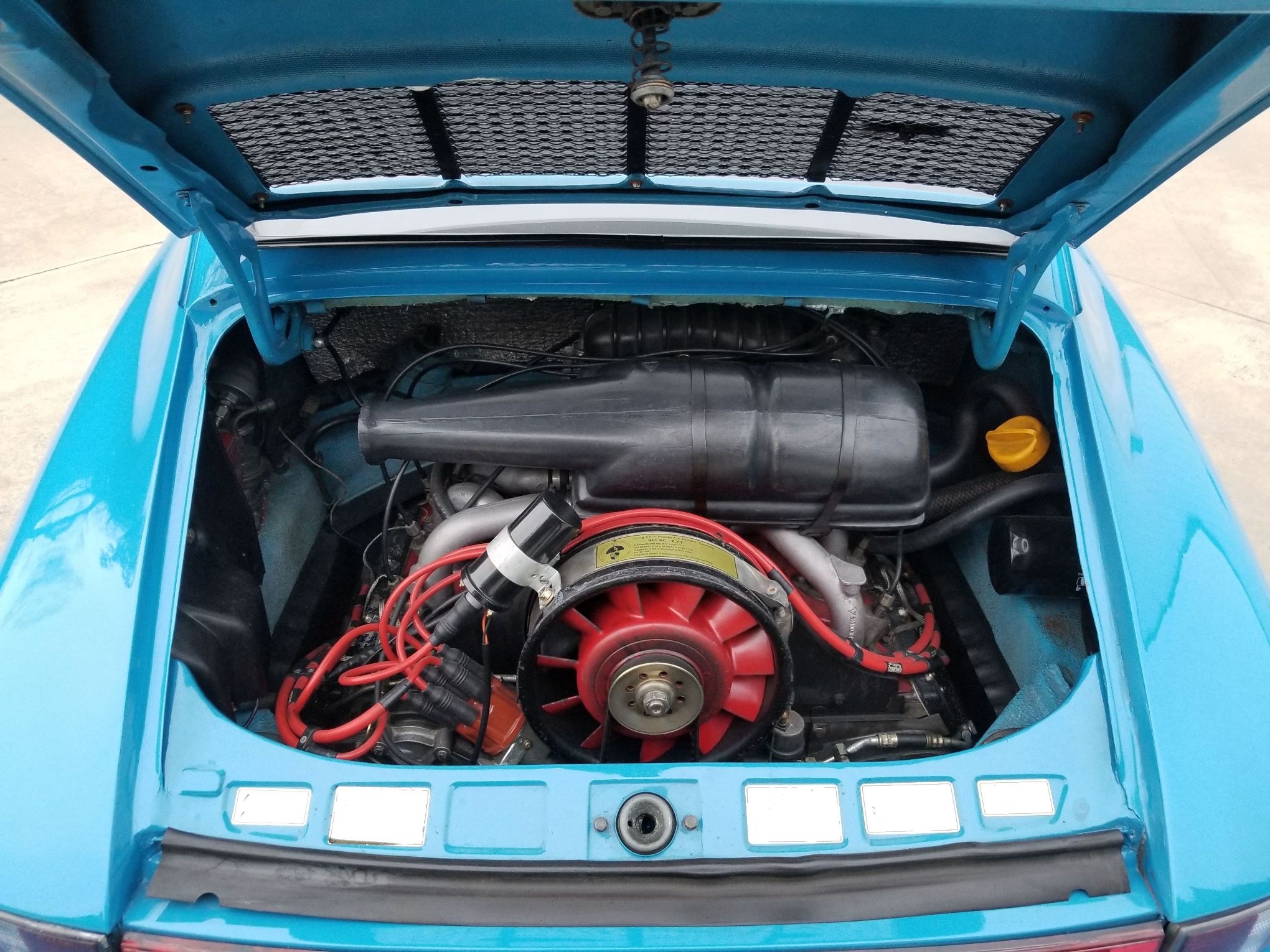 This 911 carries its original 2.7 L flat-six engine that has been equipped with performance headers and an upgraded exhaust.  Power is delivered to the rear wheels by way of a smooth 5-speed manual transmission with all-new shift linkage and bushings.  As a fully restored vehicle, all of the internals have been completely gone through and the engine has been rebuilt approximately 13 years ago along with the braking system, clutch, and suspension.  Receipts will be provided with the sale.  This 911 is said to run and drive beautifully.  This makes the perfect car for the air-cooled enthusiast who demands both reliability and a nostalgic driving experience. 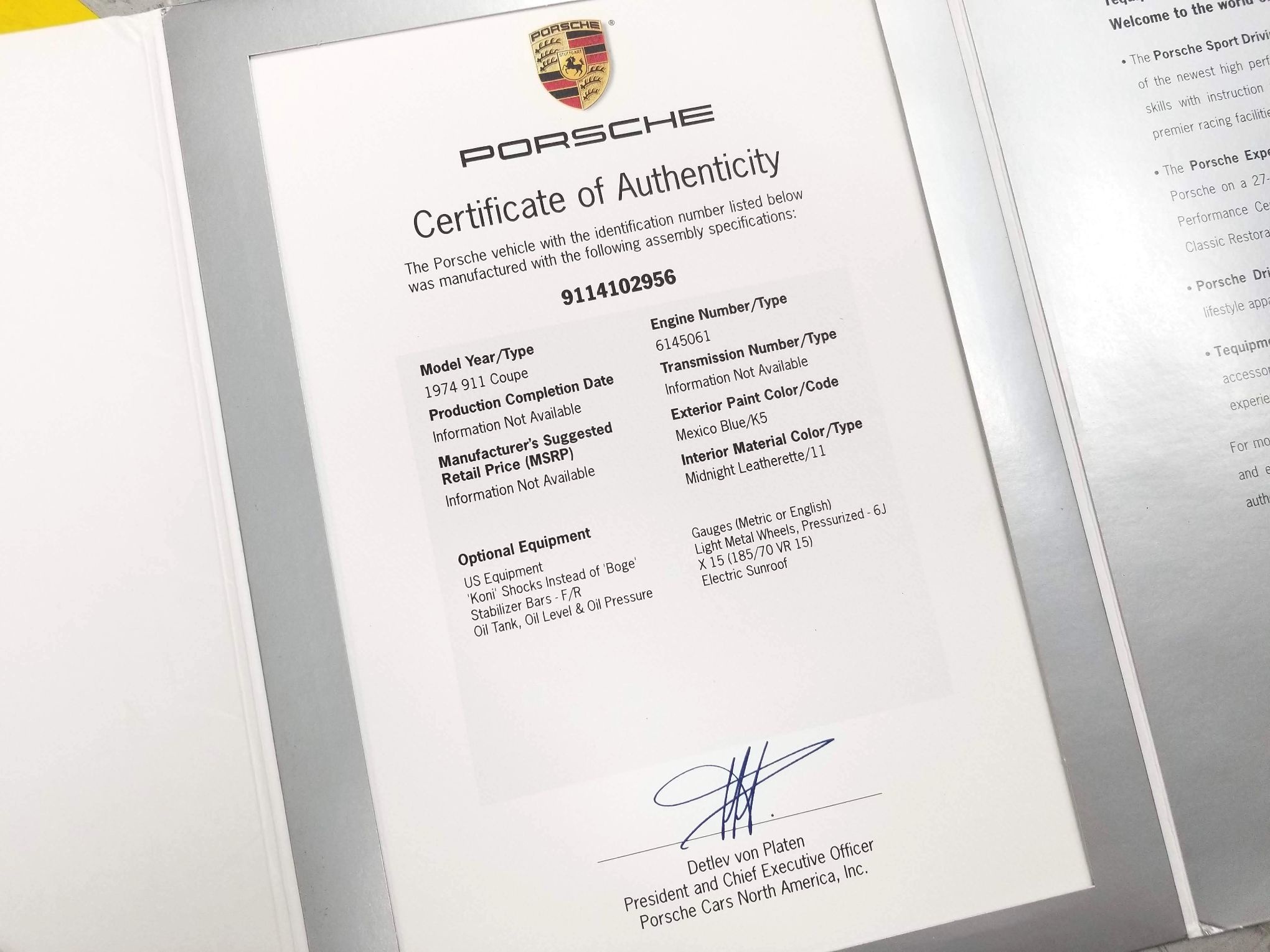 The sale of this superb 1974 911 will include two sets of keys, certificate of authenticity, original owner’s books, and extensive records of the vehicle's restoration and engine rebuild totaling approximately $24k. 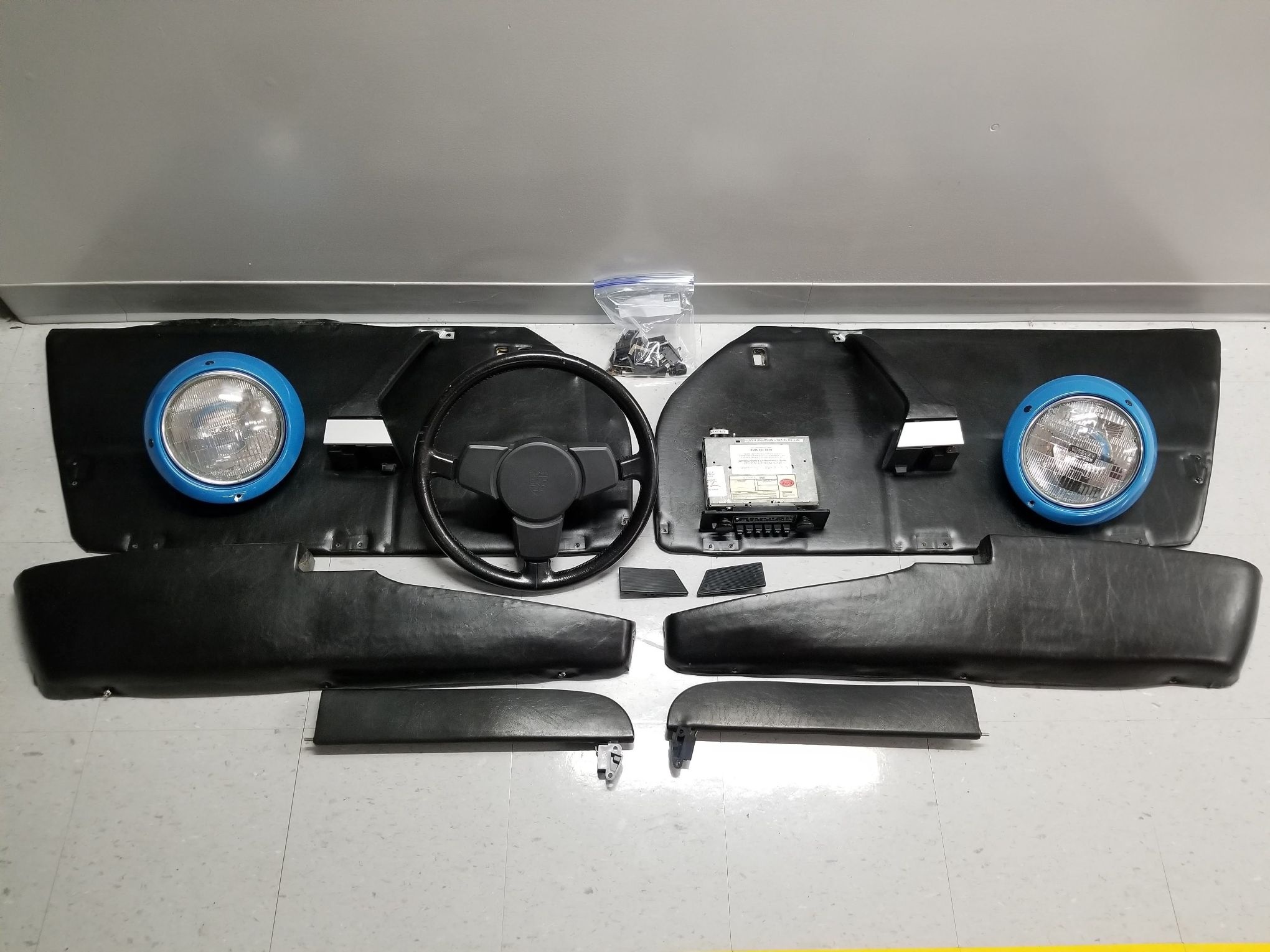 The sale will also include a bundle of factory components.  This vehicle is accompanied by a clear title and stands ready for prompt delivery to a new owner.  An absolute stunner in every sense of the word, this Tribute commands attention wherever it goes.