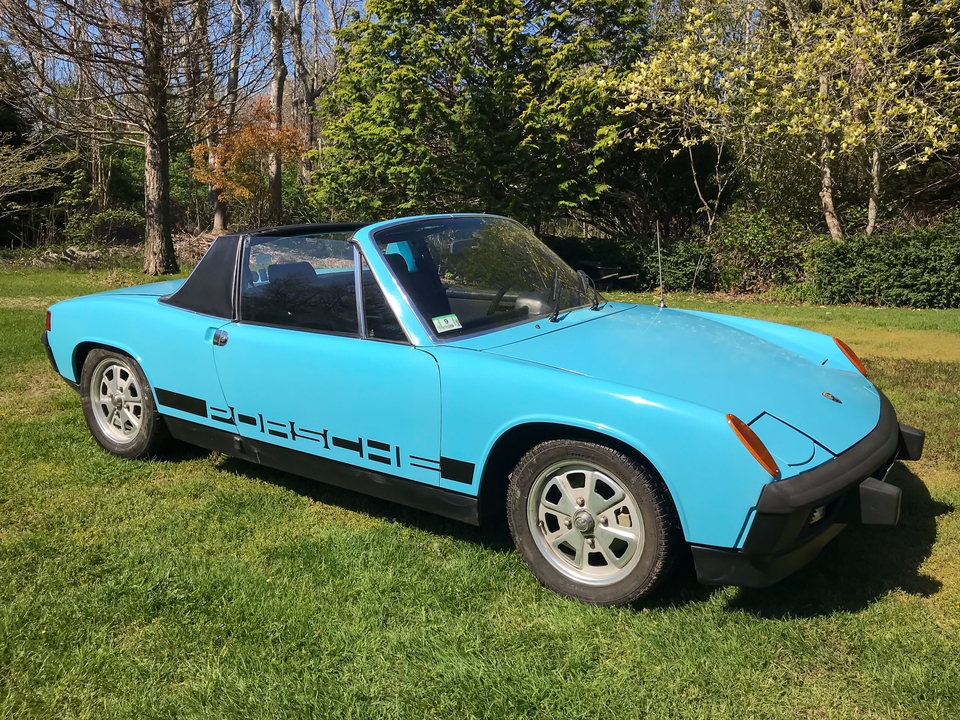 Now available for auction is this 1974 Porsche 914 2.0 finished in Olympic Blue over a black leatherette interior.  Equipped with the optional Appearance Group and larger 2.0L engine, this 1974 example was purchased by the seller from its long-term previous owner out of Cleveland, OH.  The car is reported to have been under the care of its previous owner since the late 1970s and is said to be accompanied by an extensive collection of maintenance records.  This classic 2.0L 914 is now being offered for auction by its seller out of Massachusetts with just over 76k miles showing on the 5-digit odometer. 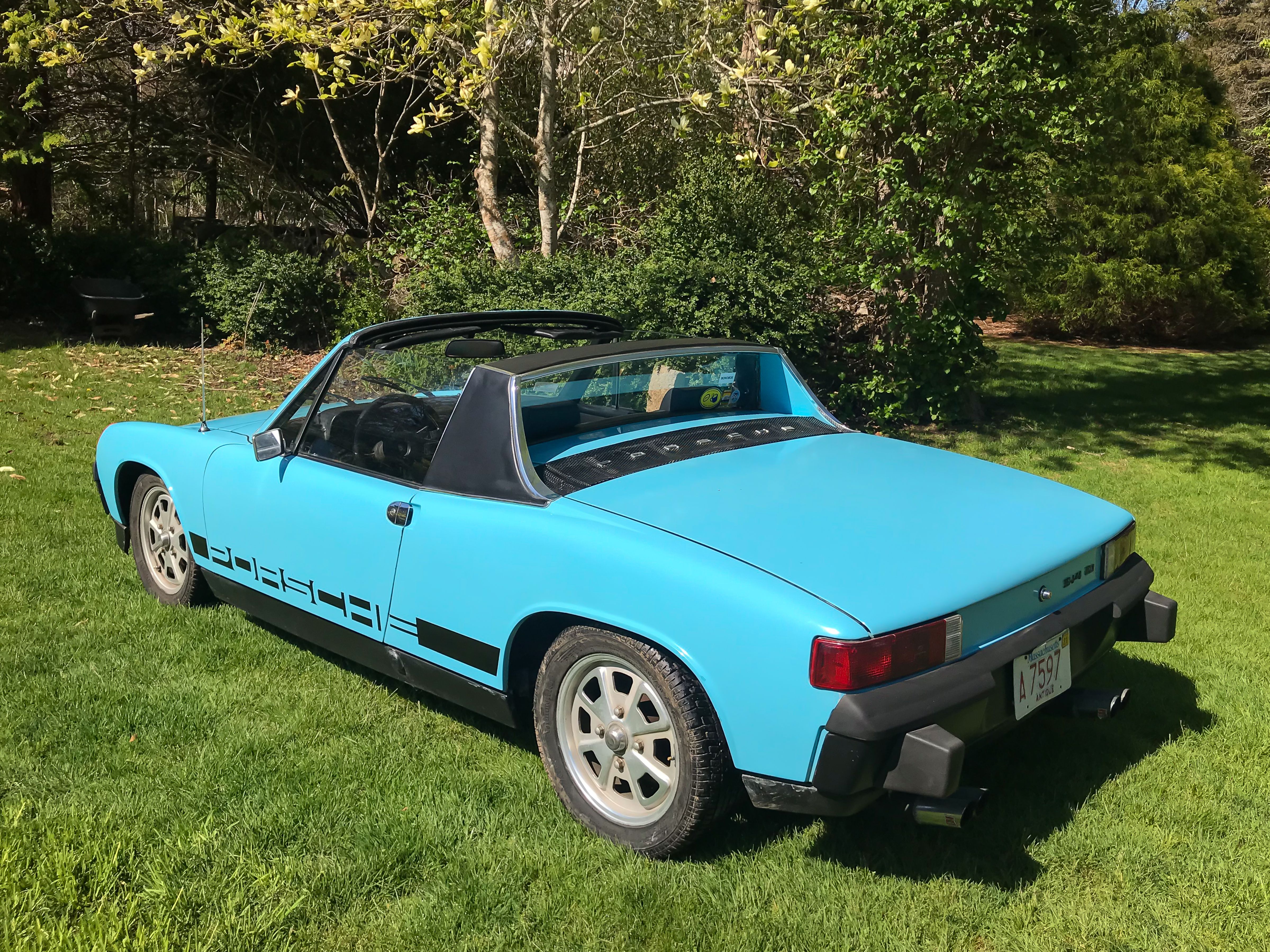 This 1974 example is said to have been previously refinished in its orignal color of Olympic Blue, a pastel shade that was also offered on some VW models of the time.  Some signs of wear and imperfections are noted throughout the exterior, additional images are provided in the photo gallery.  Porsche side graphics have been applied, front fog lights are equipped as part of the optional Appearance Group, and this 914 rides on factory 15” “Baby Fuchs” wheels which will be mounted with new tires prior to sale. 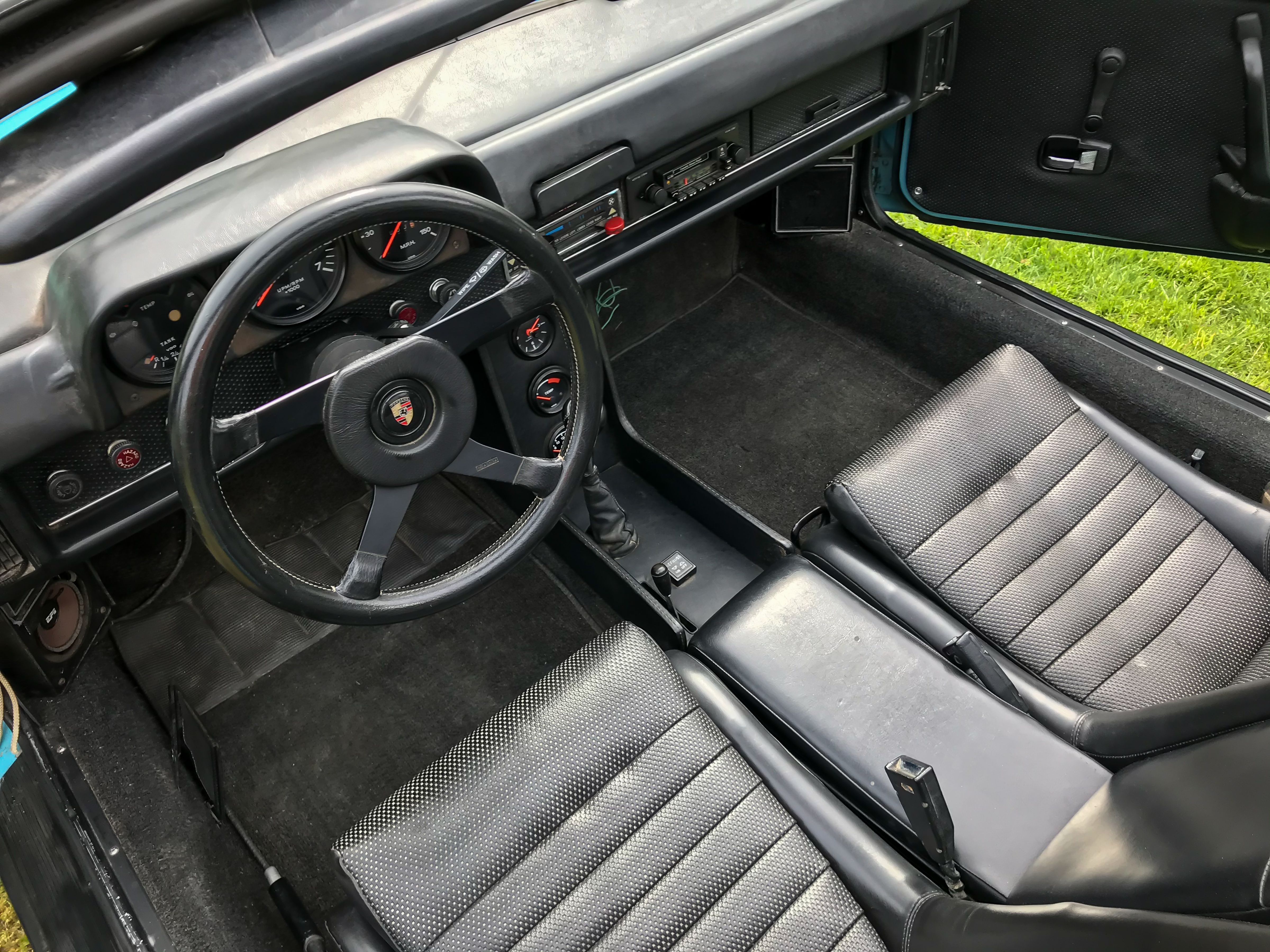 Inside, you will find a black leatherette interior featuring a unique center console with additional gauges and a center armrest with a storage compartment included as part of the optional Appearance Group.  An aftermarket four-spoke MOMO steering wheel has been added and all gauges and accessories are said to be fully functional except for the radio.  A small tear is also noted in the upholstery on the driver’s seat bolster. 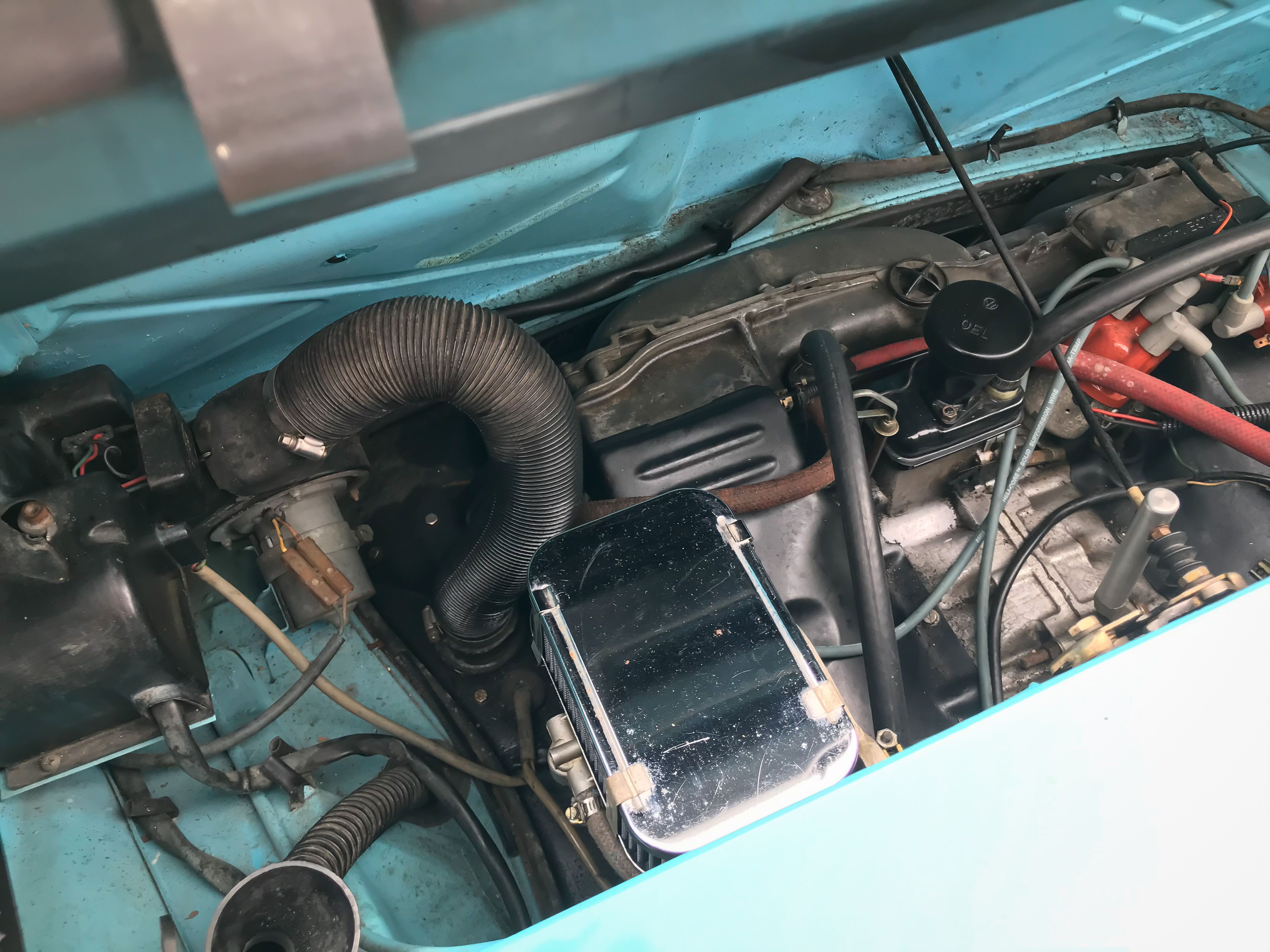 This 914 carries an air-cooled 2.0L flat-four engine that sends approximately 95 HP to the rear wheels through a 5-speed manual gearbox. The engine is said to have been previously rebuilt, although there is no supporting documentation available. An aftermarket Abarth exhaust system has been installed along with Weber carburetors and an MSD ignition box, and the brake calipers are said to have been rebuilt within the last year.  A comprehensive collection of records is said to be included from the previous ownership and this 914 is described to be up to date on all routine maintenance. 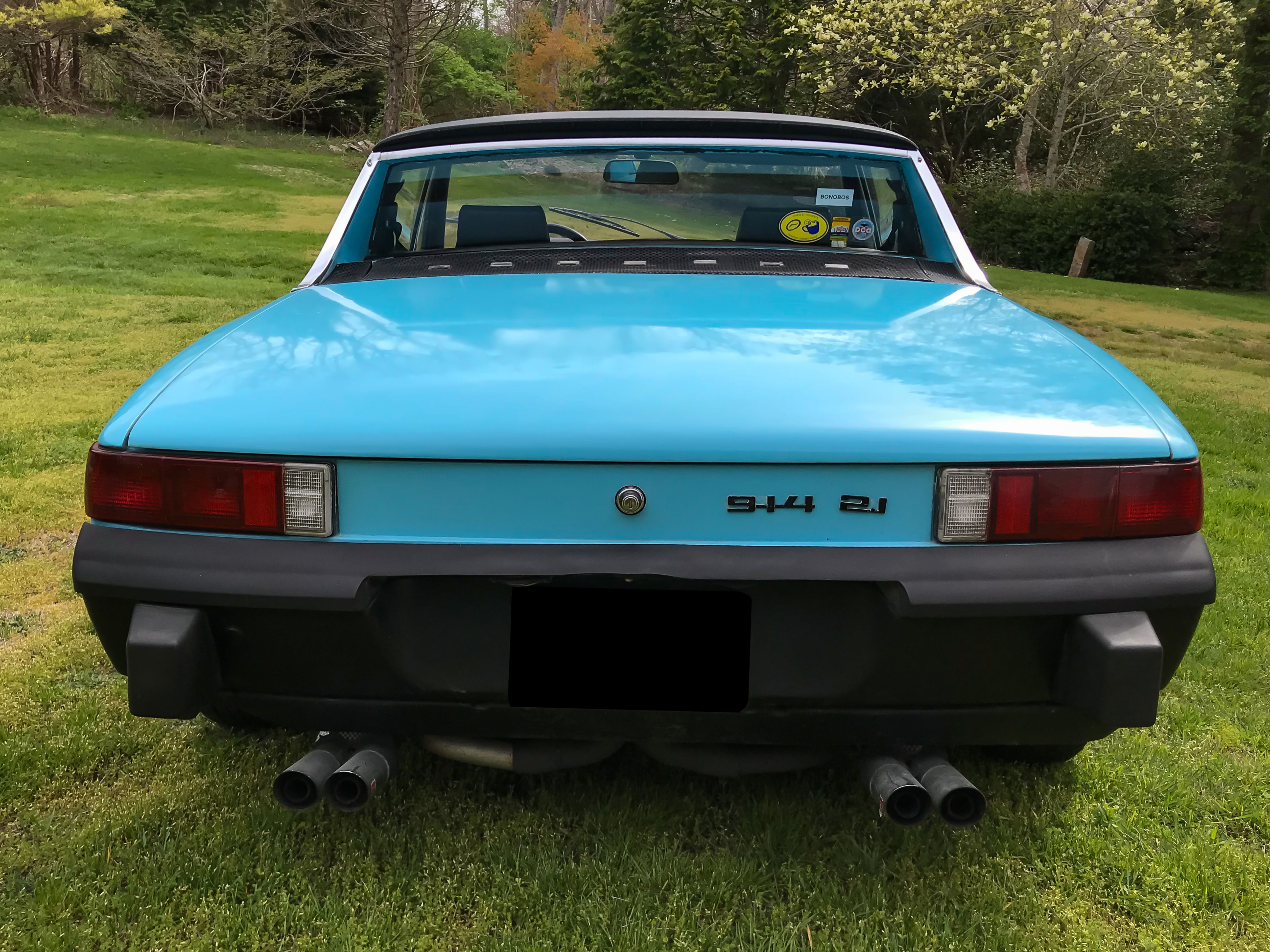 This sale will include the original spare tire, a spare engine belt, and a clean title.  A nimble and lightweight mid-engine sports car, this 914 2.0 is a perfect choice for any air-cooled driving enthusiast, do not let this opportunity pass you by.