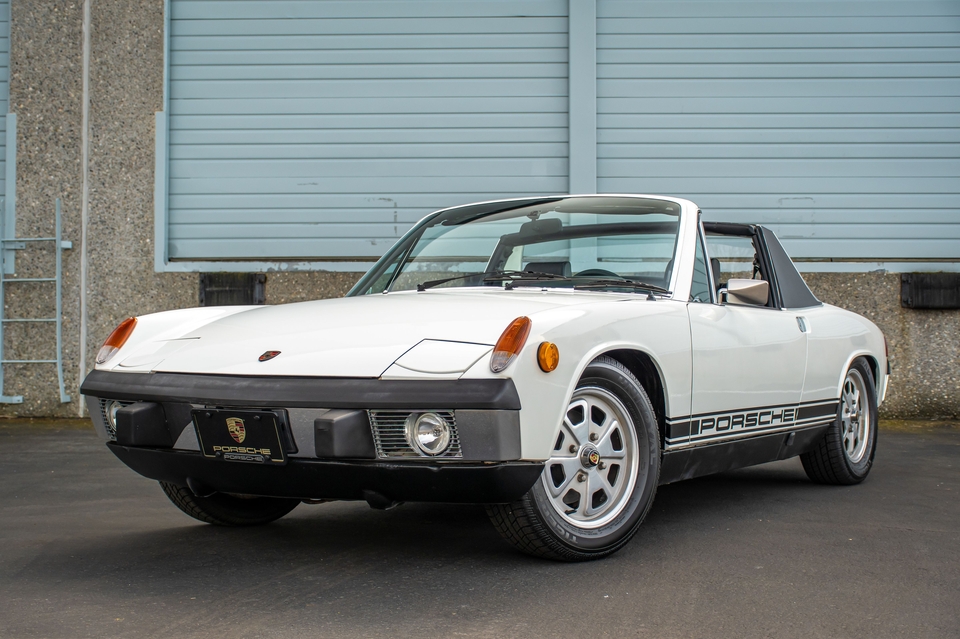 Now available for auction is this 1974 Porsche 914 2.0 finished in Light Ivory over a black leatherette interior.  This 1974 example was recently acquired by the seller from the family of its long-term previous owner.  Having spent several years in storage, it was subsequently treated to extensive reconditioning including rebuilt carburetors, all new fluids and filters, a transmission reseal, and a full overhaul of the brakes and fuel system.  Factory equipped with the optional Appearance and Performance Group packages, this classic 2-liter 914 is now being offered for auction by its seller out of Washington while showing approximately 19k-miles on the 5-digit odometer.

This 914 is finished in Light Ivory (L80E) with contrasting Porsche side graphics in black.  The car is said to have been previously refinished in its original color and some minor imperfections are noted throughout the body, detailed images are provided in the photo gallery.  The rear window was recently removed and resealed as part of the car’s reconditioning, and the glass is noted to be all original.  The chrome bumpers and fog lamps are included as part of the optional Appearance Group, while the 15” pressure-cast alloy wheels are included as part of the Performance Group.  These wheels come dressed in 205/60 Uniroyal Tiger Paw tires with date codes from 2017. 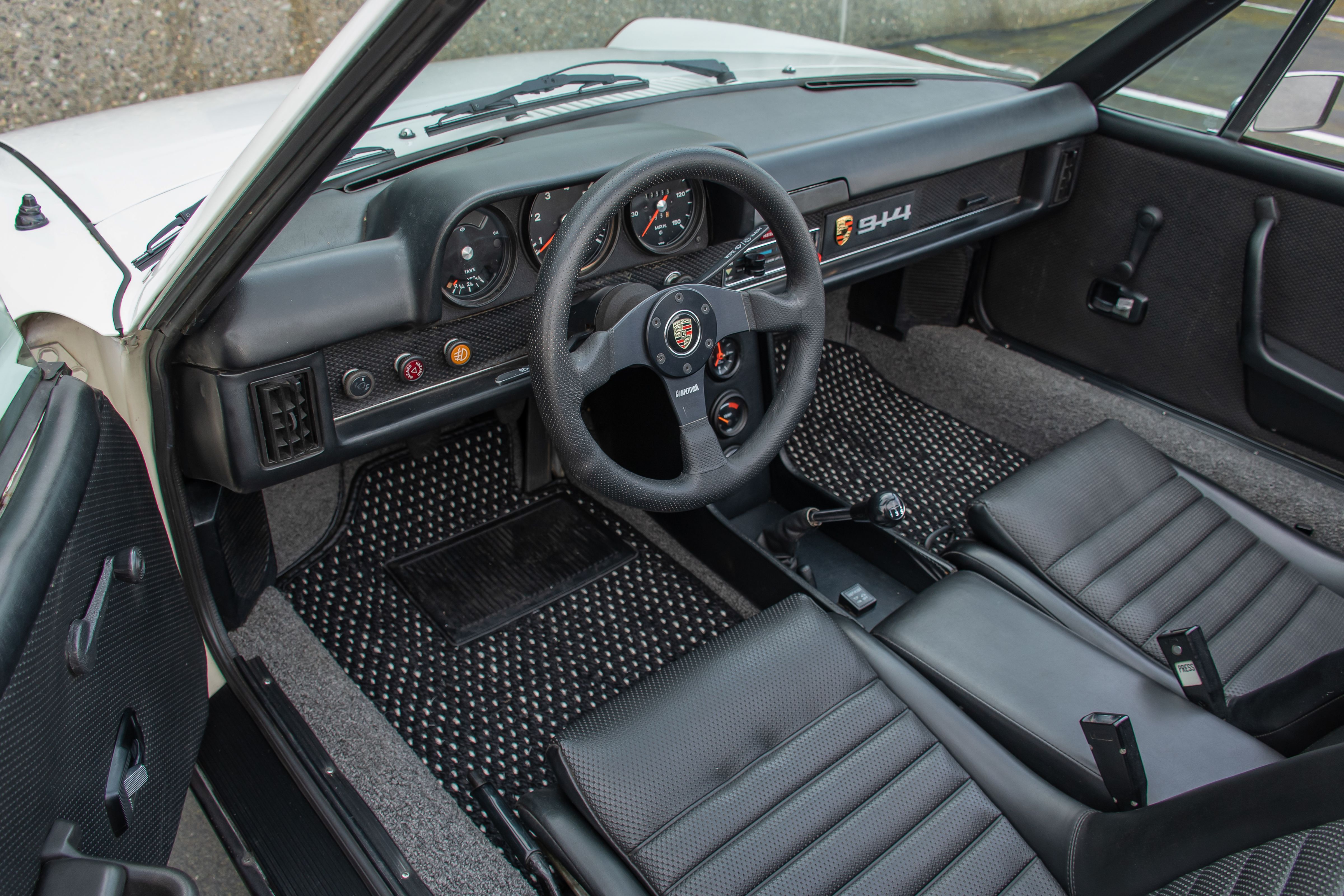 Inside, the driver is greeted by a black leatherette interior with a unique Appearance Group center console including a clock, oil temperature, and voltage gauge.  A MOMO Competition steering wheel has been equipped along with new Coco floormats.  The seller confirms all gauges and electrical functions to be working properly. 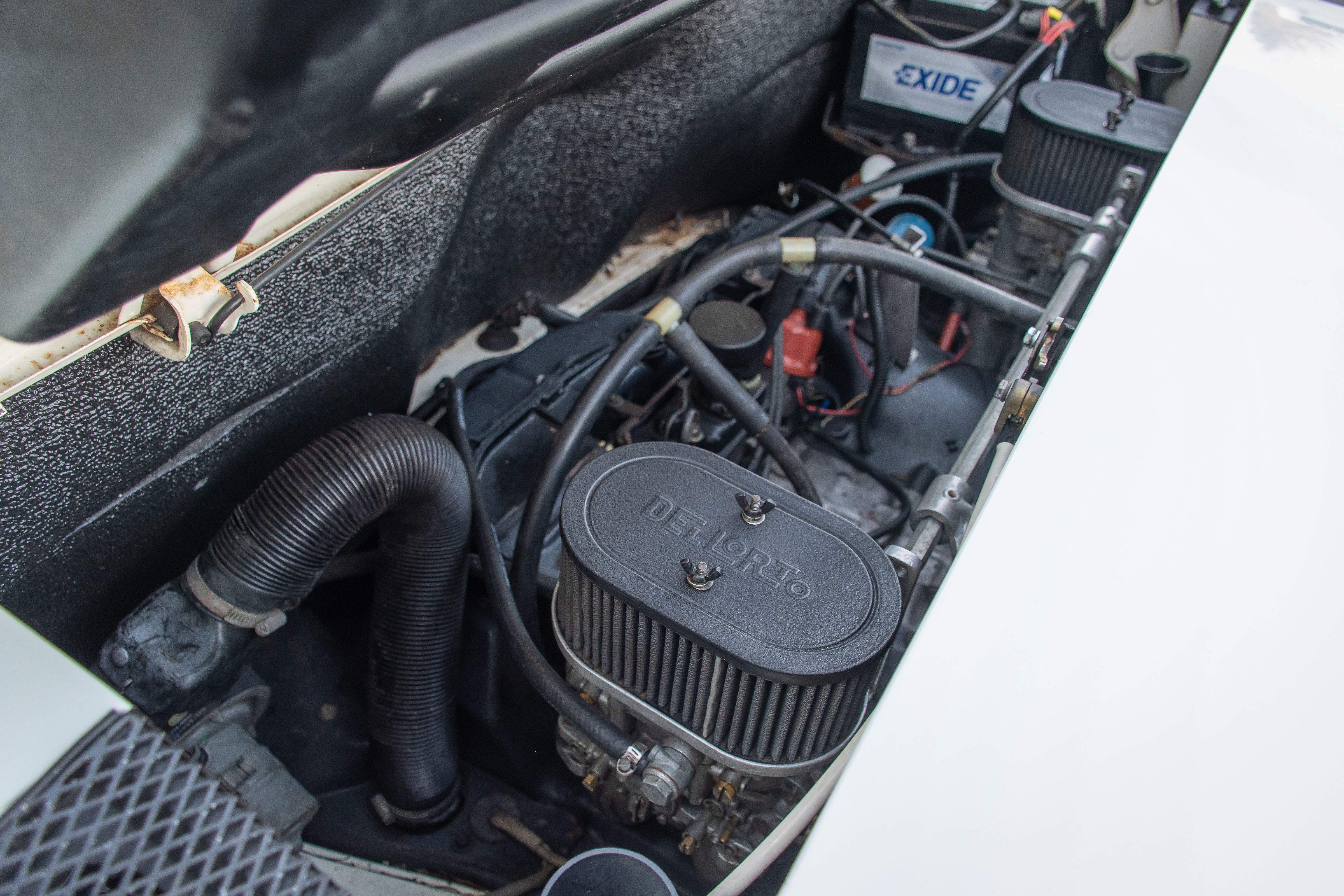 This 914 carries an air-cooled 2.0L flat-four engine that sends approximately 100 HP to the rear wheels through a 5-speed manual gearbox.  The optional Performance Group adds stabilizer bars for improved handling, and this example has been upgraded with a performance exhaust and dual Dellorto carburetors which were recently rebuilt.  The transmission was also recently resealed along with the replacement of all fluids and filters, a refresh of the fuel system, and a full overhaul of the brakes with new pads, rotors, lines, a master cylinder, and rebuilt calipers. 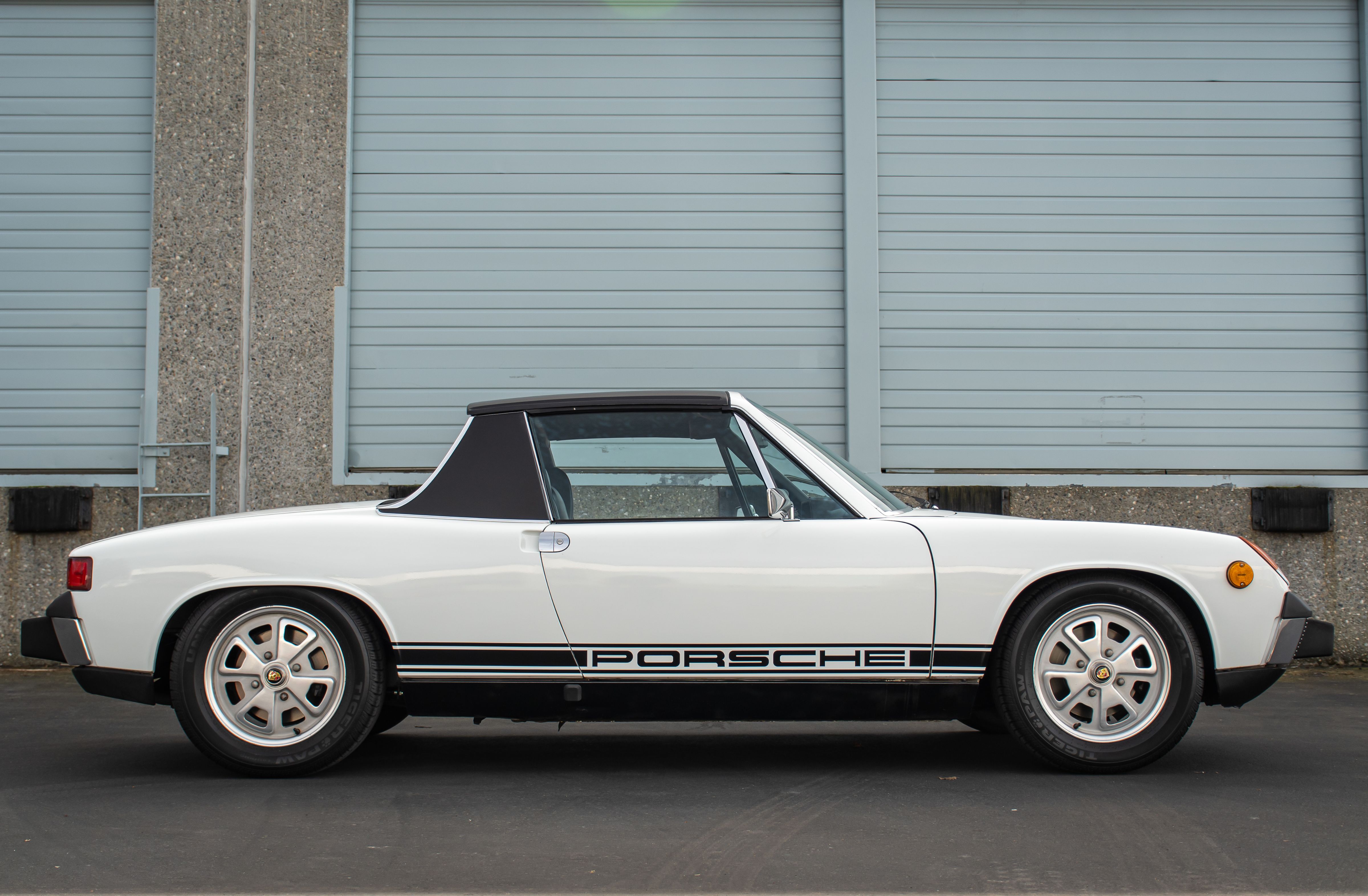 This sale will include a clean title.  As the market for the Porsche 914 reaches new heights, well-represented examples such as these are becoming increasingly sought after.  Do not let this opportunity pass you by.