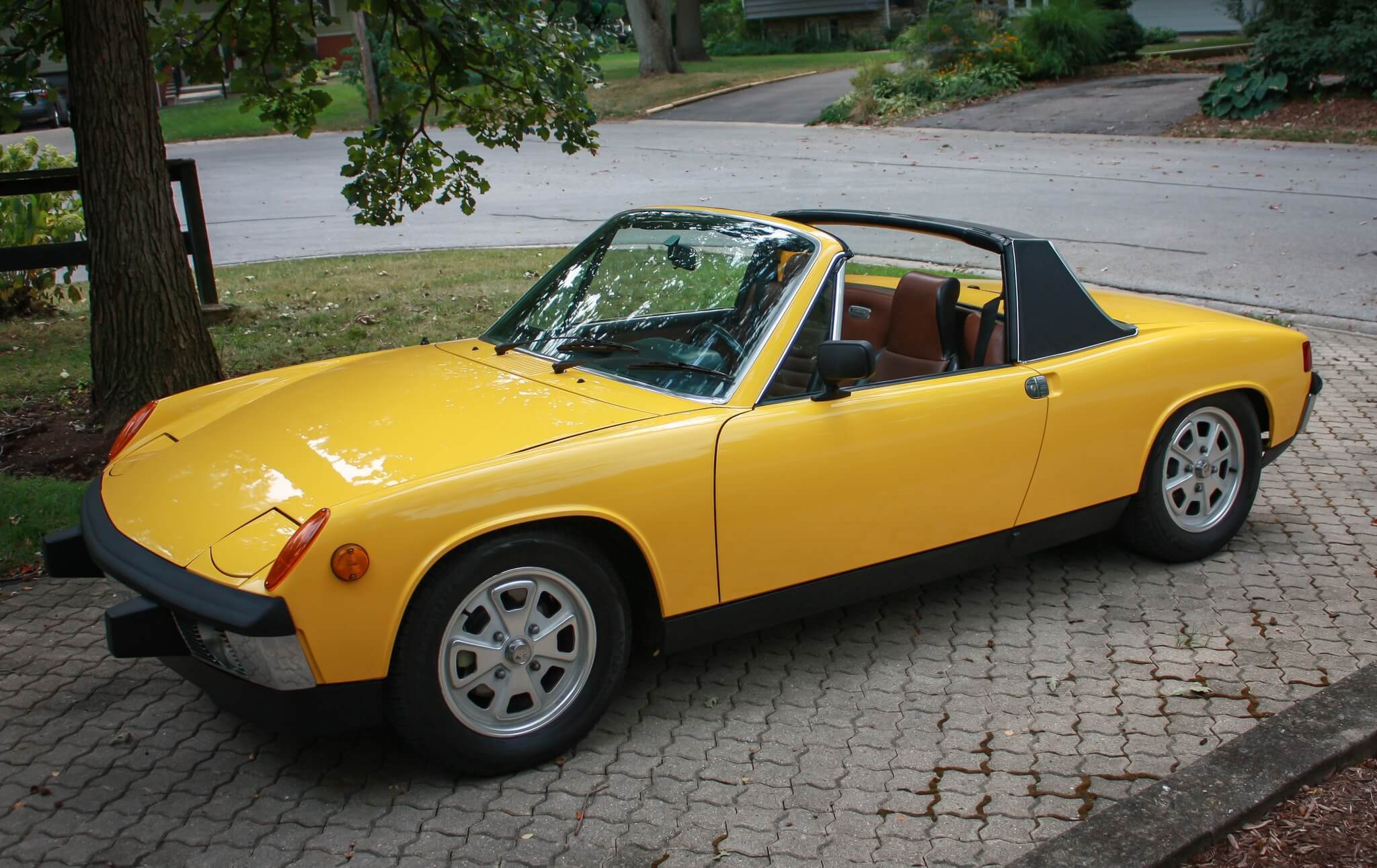 We are pleased to present this 1974 Porsche 914 finished in Sunflower (Summer) Yellow over a black and brown leatherette interior. Originally a California car, this 914 was reportedly cared for by its first owner up until 2004 before it was eventually acquired by the seller in 2014 at just over 53k miles.  It has since been thoroughly inspected and serviced by 914 Limited of Illinois including the installation of a new clutch. This 914 is now being offered for auction by its seller out of Illinois with approximately 55k miles shown on the 5-digit-odometer. 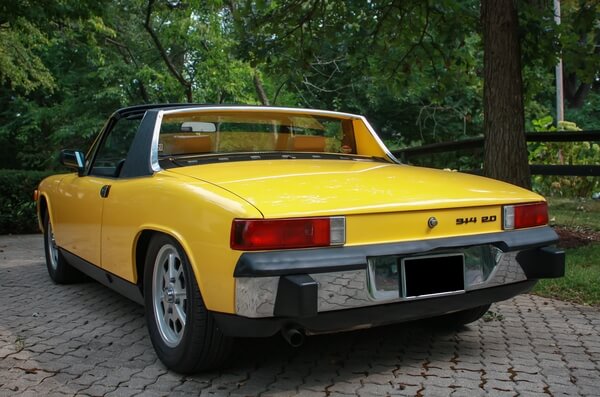 This 914 is said to have been completely refinished in its original color of Sunflower (Summer) Yellow under prior ownership.  Clear paint protection film was applied over the front end in 2015. The seller adds that the battery box remains structurally sound, detailed images are provided in the photo gallery.  The driver side mirror has been changed and the factory 15” Fuchs wheels come dressed in Yokohama Ascend tires which were installed in 2014 within the last 2k miles The original spare tire is also said to remain in the trunk. 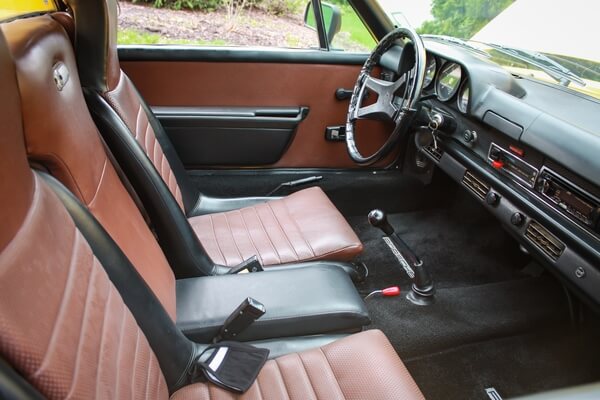 The cabin of this 914 is trimmed in black and brown leatherette with a factory optional center armrest console.  The seats were reupholstered prior to the current ownership and the seller reports two slight cracks in the dashboard.  A steering wheel cover has been installed along with an upgraded Pioneer DEH-X6600BS radio and Rotary A/C unit. 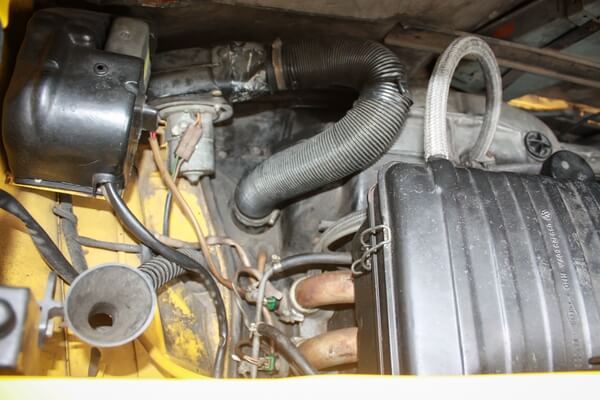 As much as 95 HP is derived from an air-cooled 2.0L flat-four fuel-injected engine that drives the rear wheels through a 5-speed manual gearbox. Shortly after the seller’s acquisition in 2014, the car was brought to specialist Brad Meyuer of 914 Limited to be thoroughly inspected and serviced with various new bushings as well as a new clutch and release bearing.  Remanufactured brake calipers were also installed along with new brake pads and rotors in 2016. The car has been driven approximately 2k miles under the current ownership. 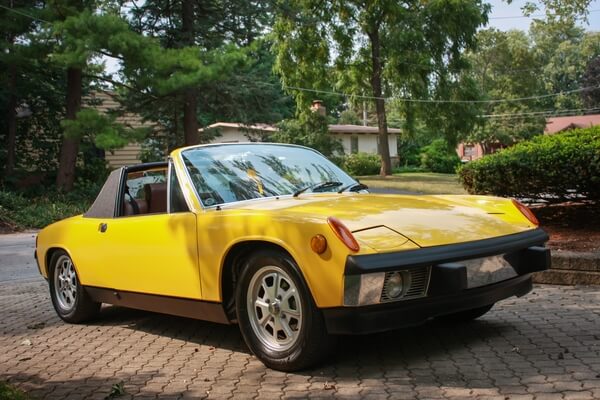 This sale will include the original spare tire and a clean title. As the Porsche 914 market continues to gain moment, well-presented examples such as these are becoming increasingly sought after, do not let this opportunity pass you by.