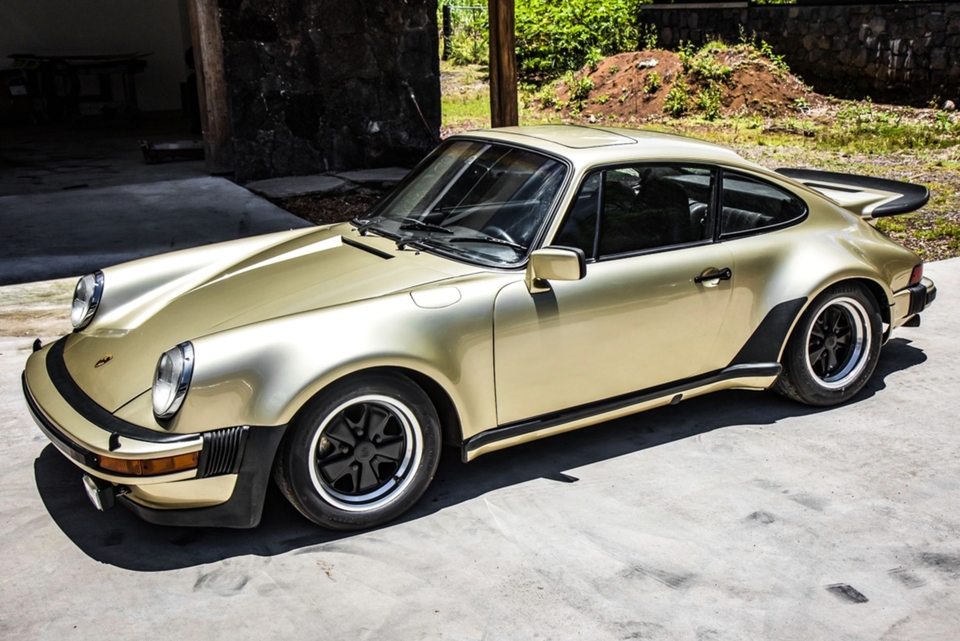 Now available for auction is this 1976 Porsche 930 finished in Platinum Metallic over Black leather.  Denoted as #408 out of 644 “Rest of World” (RoW) examples built for 1976, this classic 930 represents one of the earliest iterations of Porsche’s legendary 911 Turbo.  Reported to have spent most of its life in California before being imported to Hawaii during the 1990’s, this Turbo has been treated to some noteworthy refurbishment in more recent years including a full bare metal respray as well as new upholstery for its Sport Seats.  Showcasing a 3.0L turbocharged engine paired with a 4-speed manual gearbox, this 930 is now being offered by its seller in Hawaii accompanied by original books and a Porsche Certificate of Authenticity. 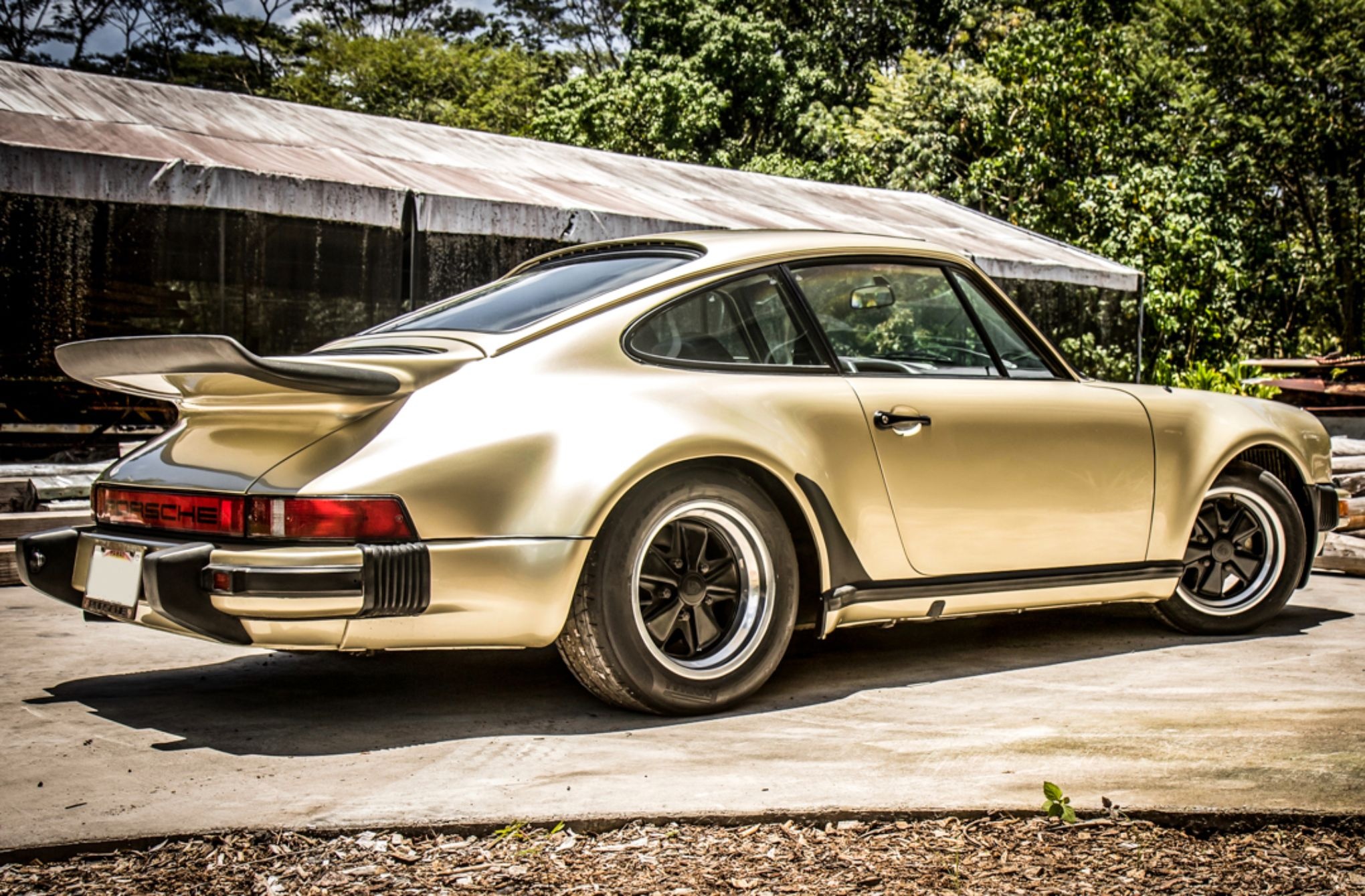 Since the seller’s purchase in 2012, this 930 has undergone a complete bare metal respray in its factory specified color of Platinum Metallic.  The condition is of the paint is noted to be excellent, detailed images are provided in the photo gallery.  This early 911 Turbo highlights a front spoiler and fog lights as well as its signature “Whale Tail” rear decklid.  Other features include headlight washers and black stone guards on the wide rear fenders.  Staggered width 15” Fuchs wheels are equipped which are finished with anodized lips and dressed in fresh Pirelli P Zero tires dated from 2018. 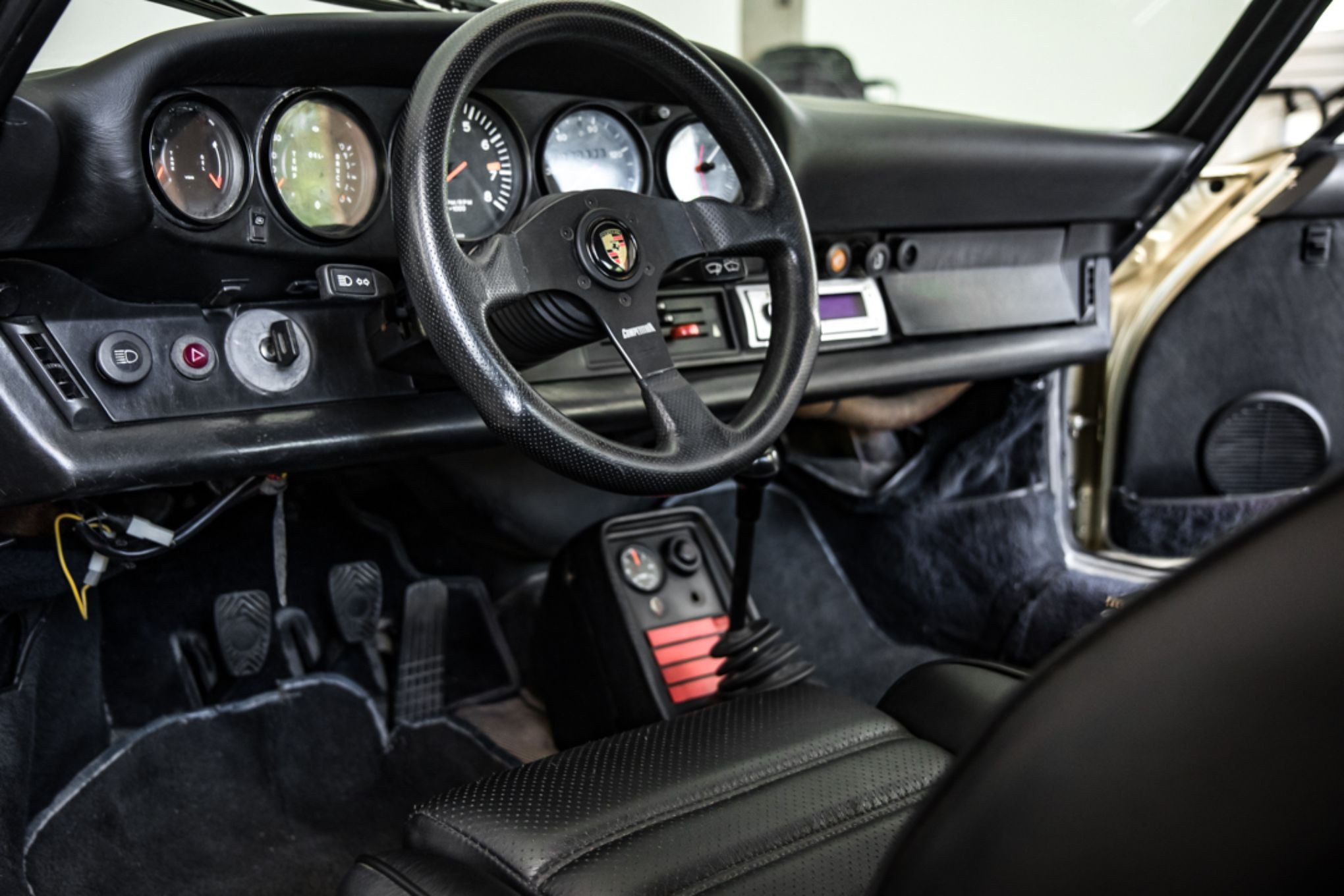 Inside, the cabin is appointed with black leather and Sport Seats which were professionally reupholstered under the current ownership.  The dashboard we also re-wrapped and an aftermarket MOMO steering wheel was installed along with an updated Sony radio and a U.S. spec MPH speedometer.  Factory features specified for this example include power windows, a center console with cassette holder and an electric sunroof.  The interior is said to be in great shape with typical signs of wear while retaining full functionality of all gauges and accessories.  The factory 3-spoke steering wheel is included with the sale in addition to a period Blaupunkt radio. 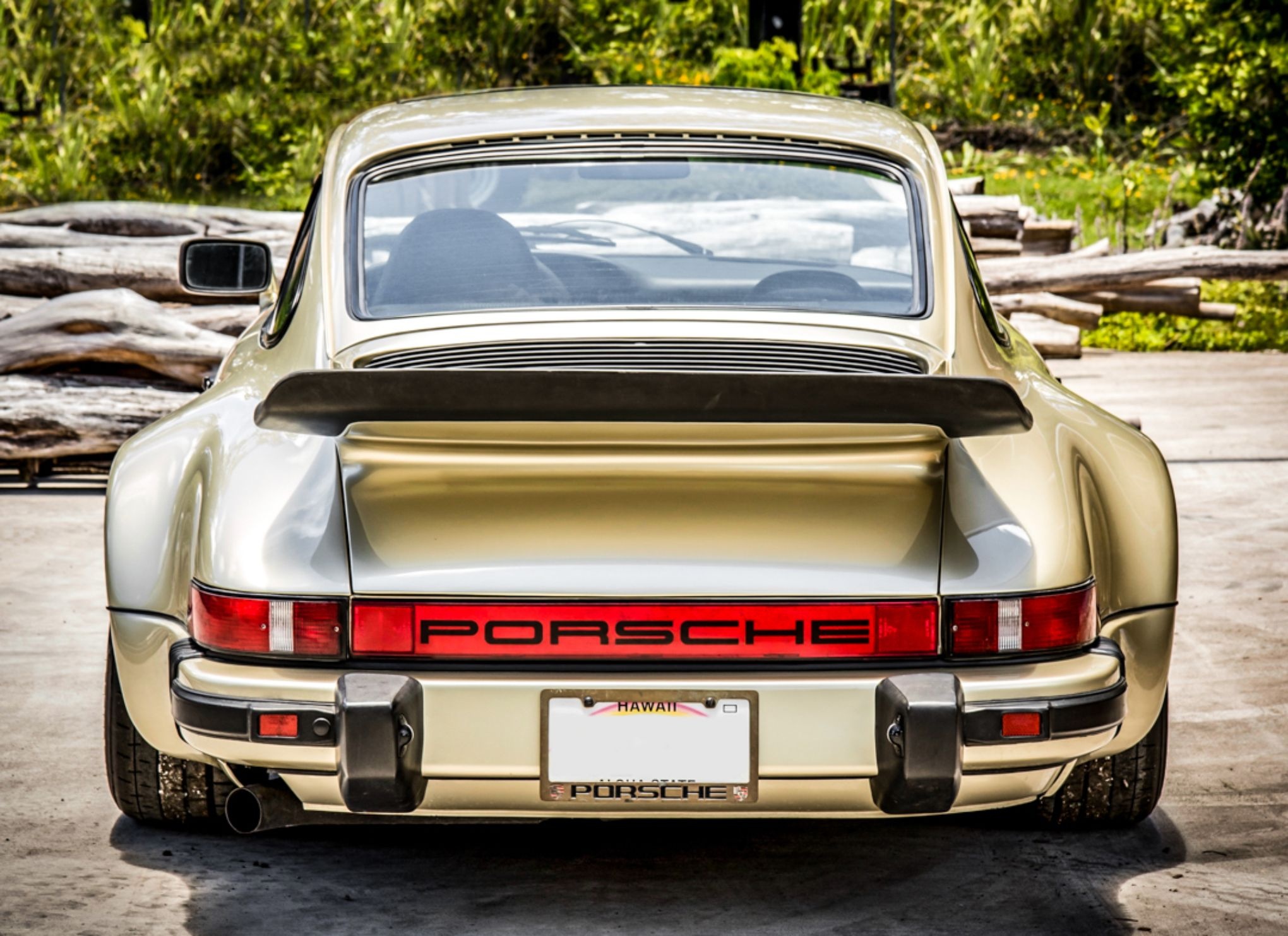 This 930 is equipped with a non-intercooled 3.0 flat-six turbocharged engine which sends 260 HP to the rear wheels by way of a 4-speed manual gearbox.  Performance upgrades include a Carrera chain tensioner as well as an Elephant Racing bump-steer and tie rod kit.  The engine is stamped “6760530” which corresponds with the serial number published in the Porsche Certificate of Authenticity.  A valve adjustment is said to have been carried out within the last 1k miles in addition to a leak down and compression test which yielded satisfactory results.  Regular oil and filter changes have been performed and the seller indicates this 930 to be in strong running order. 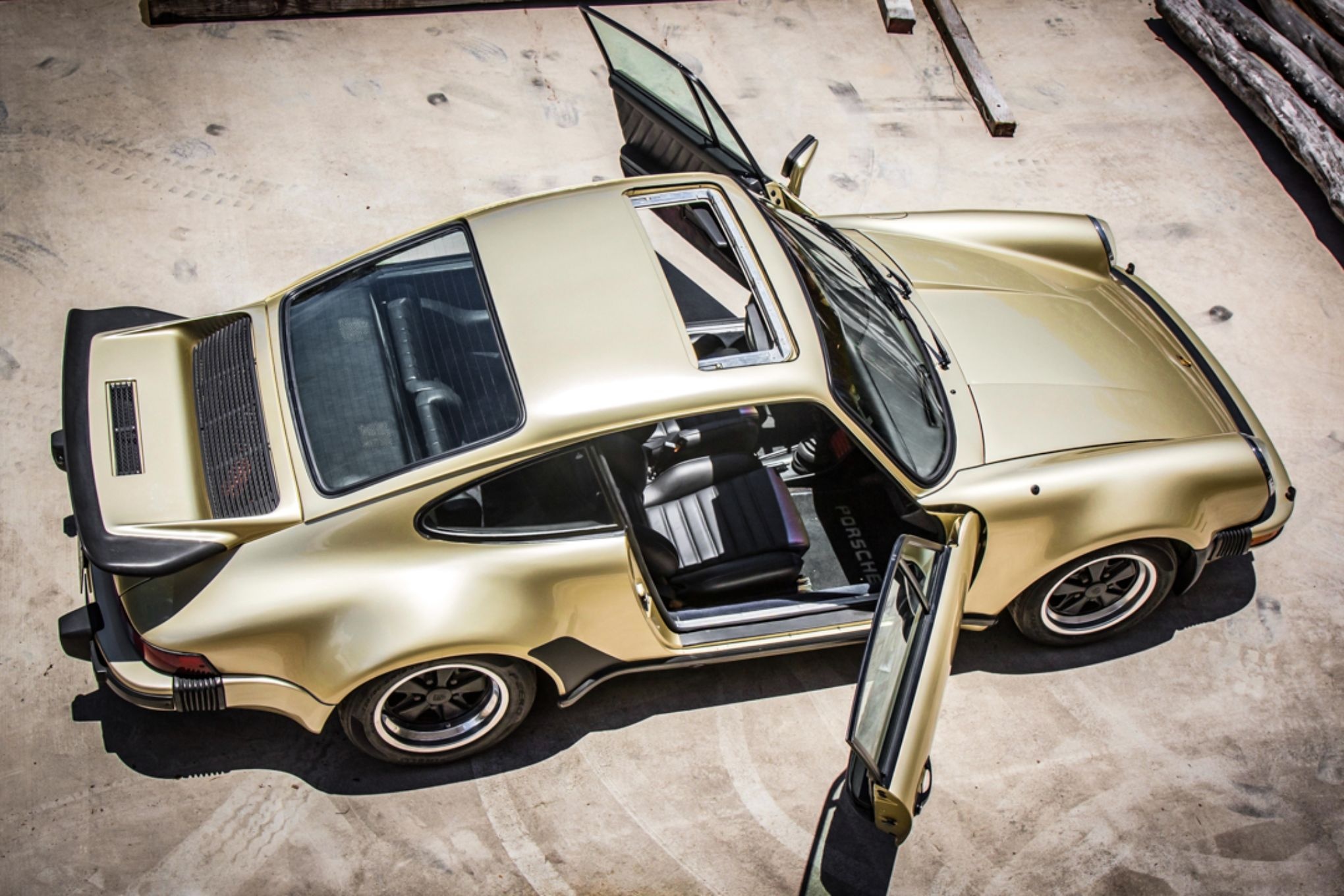 This sale will be accompanied by 1 master key, the original books, tools and steering wheel, a period Blaupunkt radio and a Porsche Certificate of Authenticity.  This early RoW-spec 911 Turbo makes the perfect choice for any air cooled Porsche aficionado, do not let this rare opportunity pass you by.