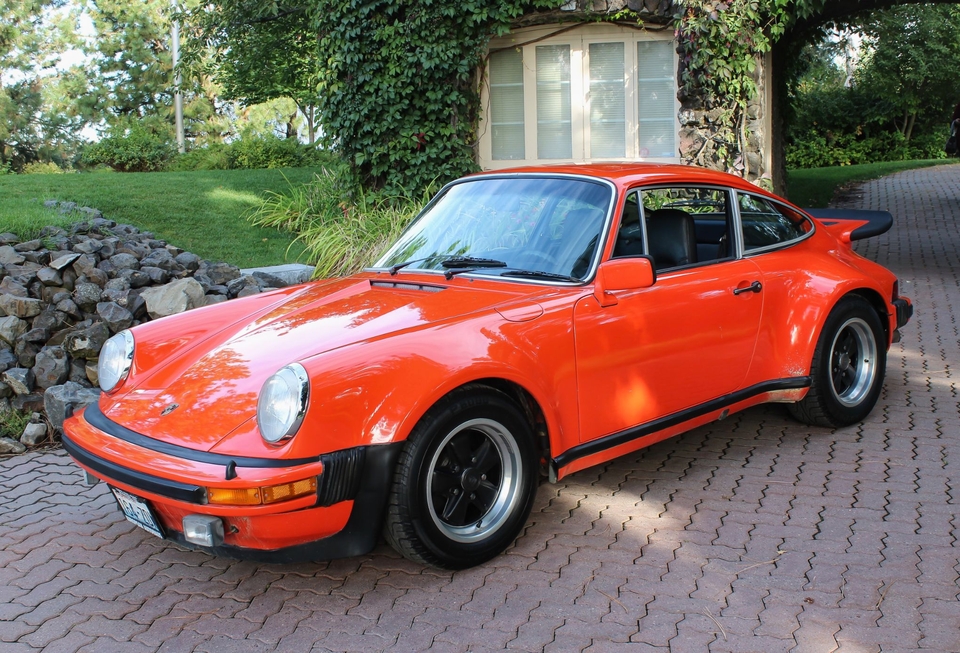 We are pleased to present this specially ordered 1976 Porsche 930 Turbo chassis #234, finished in incredibly rare Continental Orange (107) over a black interior.  Purchased new at Valley Porsche Audi on April 21st, 1976 by a local Spokane physician, this example had been under the watchful care of its original owner up until he passed last year at the age of 96.  Representing one of a reported 530 US-spec Turbo’s built for the model year, this coveted 930 is now being offered for auction with approximately 51k miles showing on the odometer. 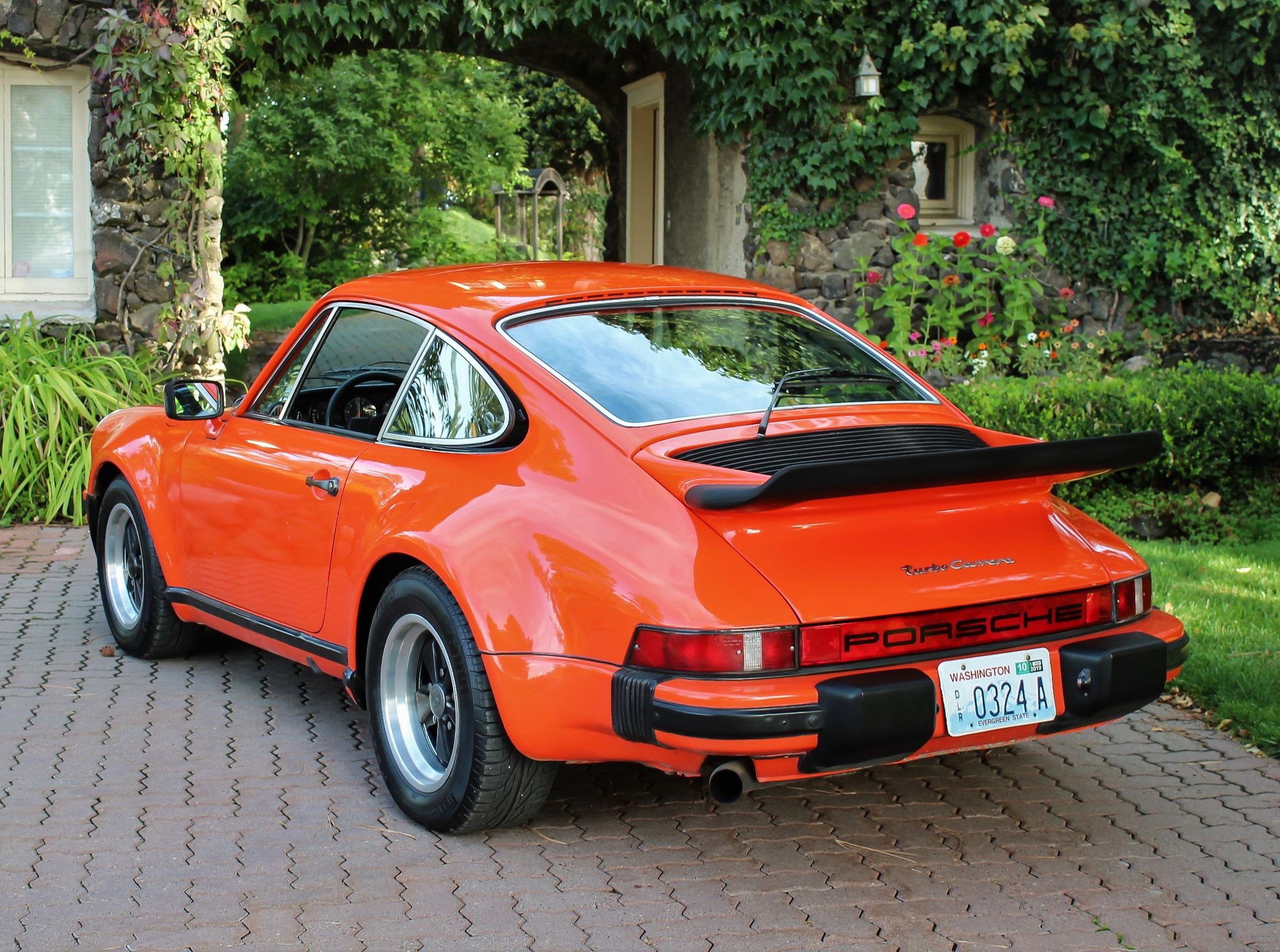 The overall appearance of the exterior is stated to be in excellent survivor condition.  As expected, there are some minor signs of road-going wear.  The seller notes that the car was refinished in its original color circa 1980 and still maintains a vibrant shine.  The seller also noted one flaw on the right rear quarter panel above the taillight.  This 930 rides on an original set of Fuchs wheels which are said to remain in fair factory condition.  It is not too often to find an early 930 in such solid condition, not having been overly restored. 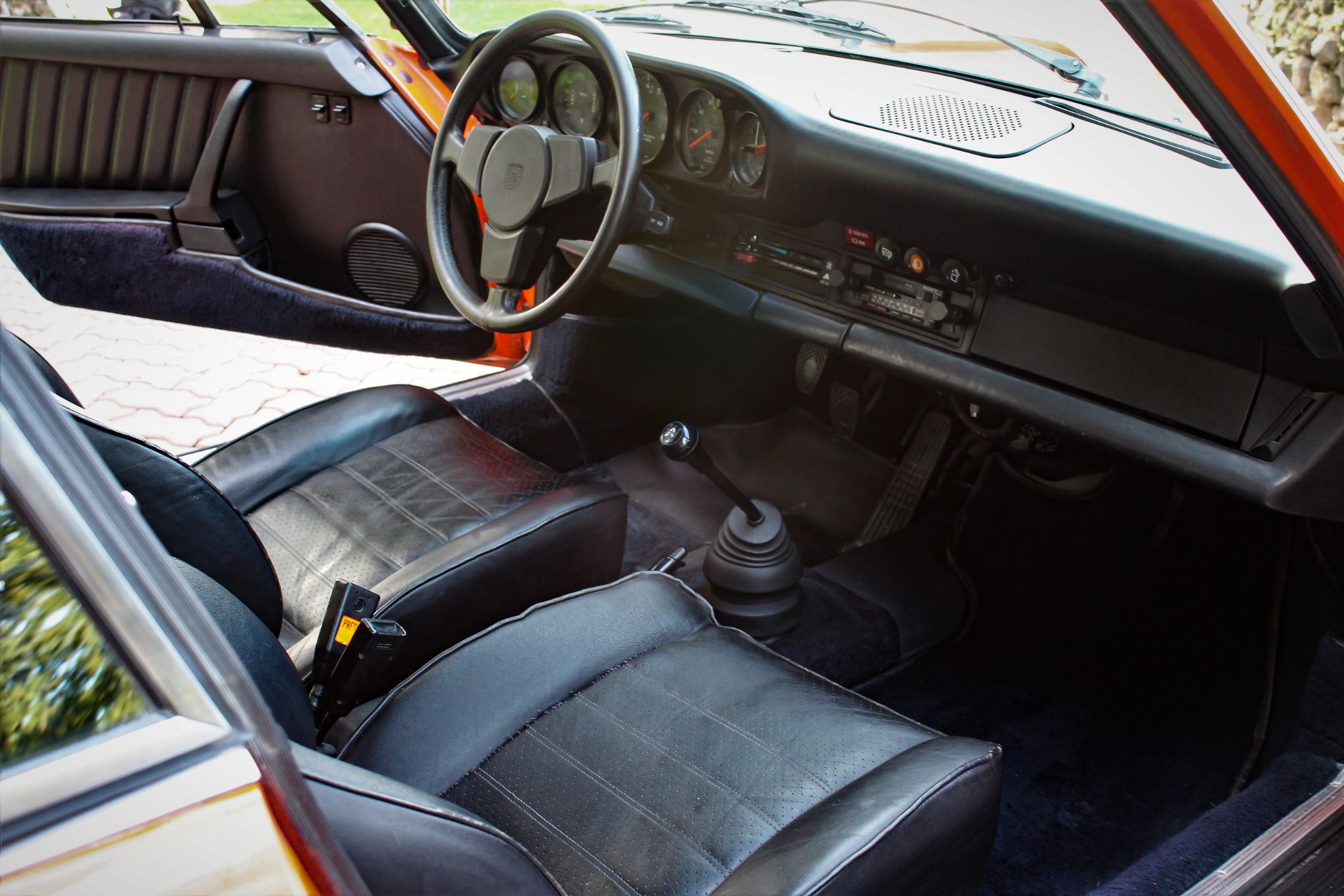 The black interior of this Turbo is shown to be in fantastic original condition.  Factory features include a sunroof, rear windshield wiper, and headlamp washers.  The seller has indicated that there is some wear on the passenger seat piping and that the sunroof is currently non-operational, however, all other gauges, electrical components and accessories remain fully functional. 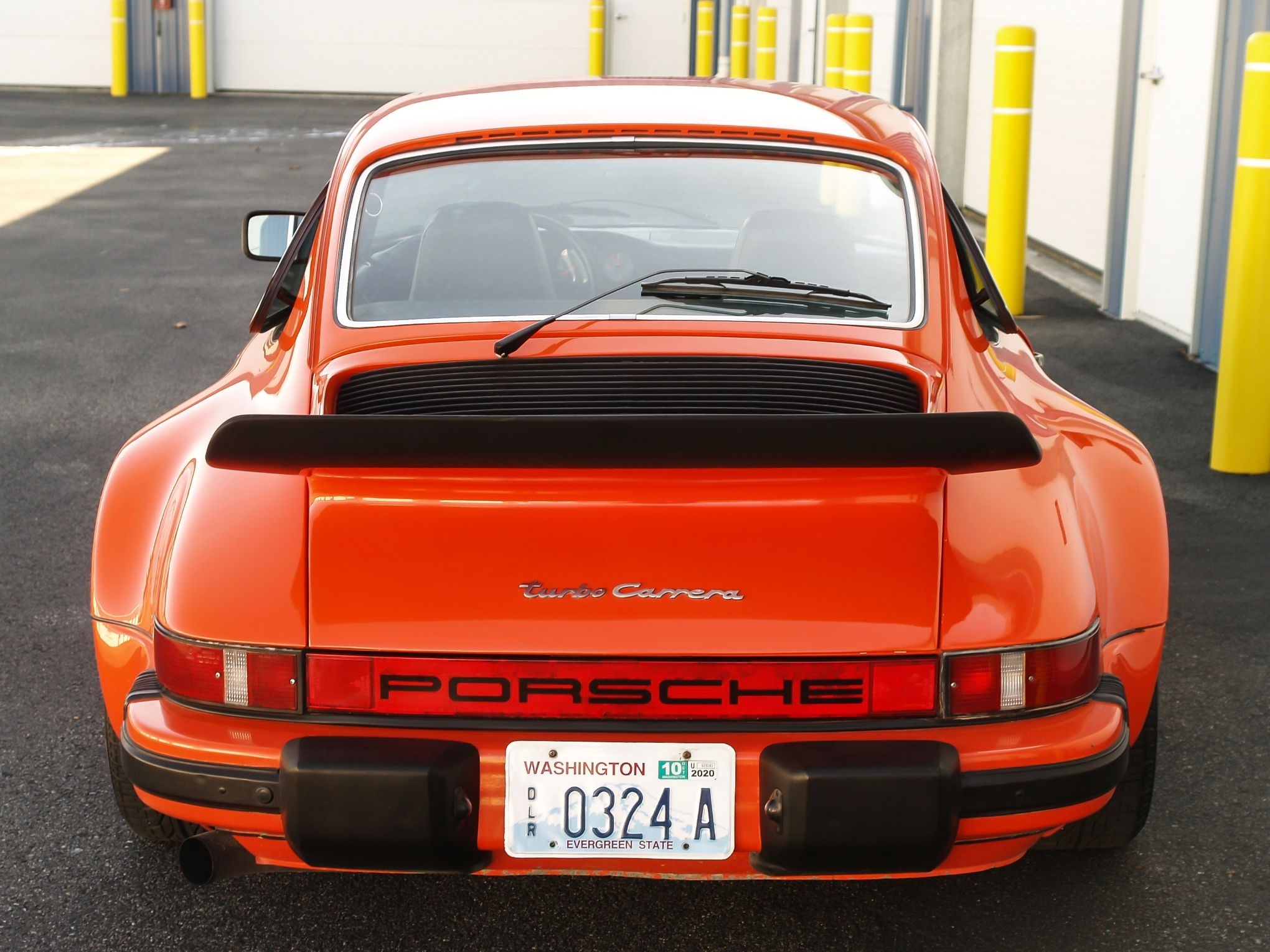 The numbers matching air-cooled 3.0L turbocharged flat-six engine sends approximately 245 HP to the rear wheels by way of a traditional G30 4-speed manual transmission, which is stated to operate flawlessly.  In recent years, this 930 has been maintained by a longtime Porsche technician and former Mark Donohue racing team member. Having had a fresh service and its cam boxes resealed, this 930 is being offered in excellent driving condition. 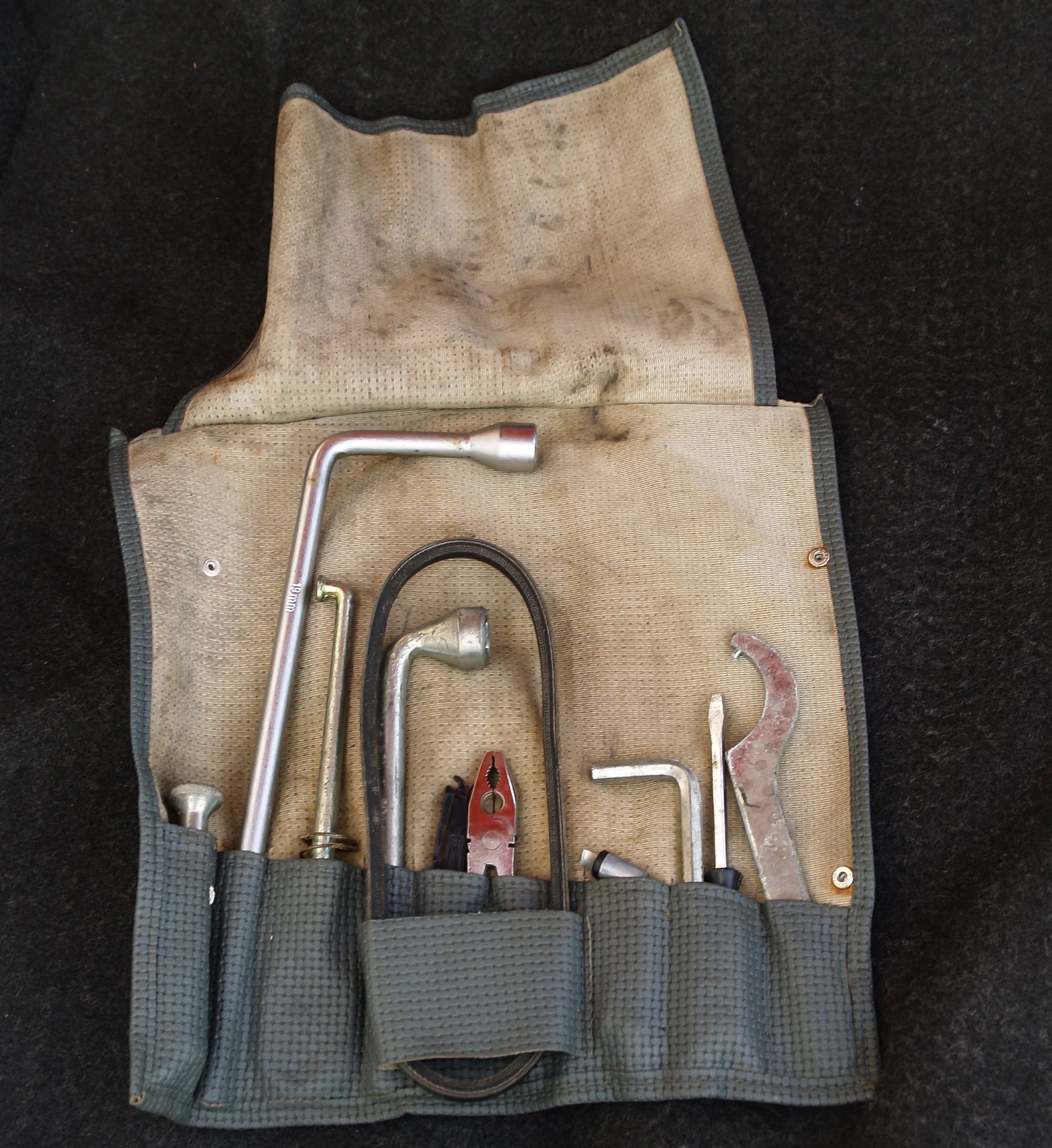 The sale of this 930 will include original books and accessories, keys, some service records, and a clear title.  Do not miss this once-in-a-lifetime opportunity to own an iconic 1-owner Turbo in ultra-rare Continental Orange.