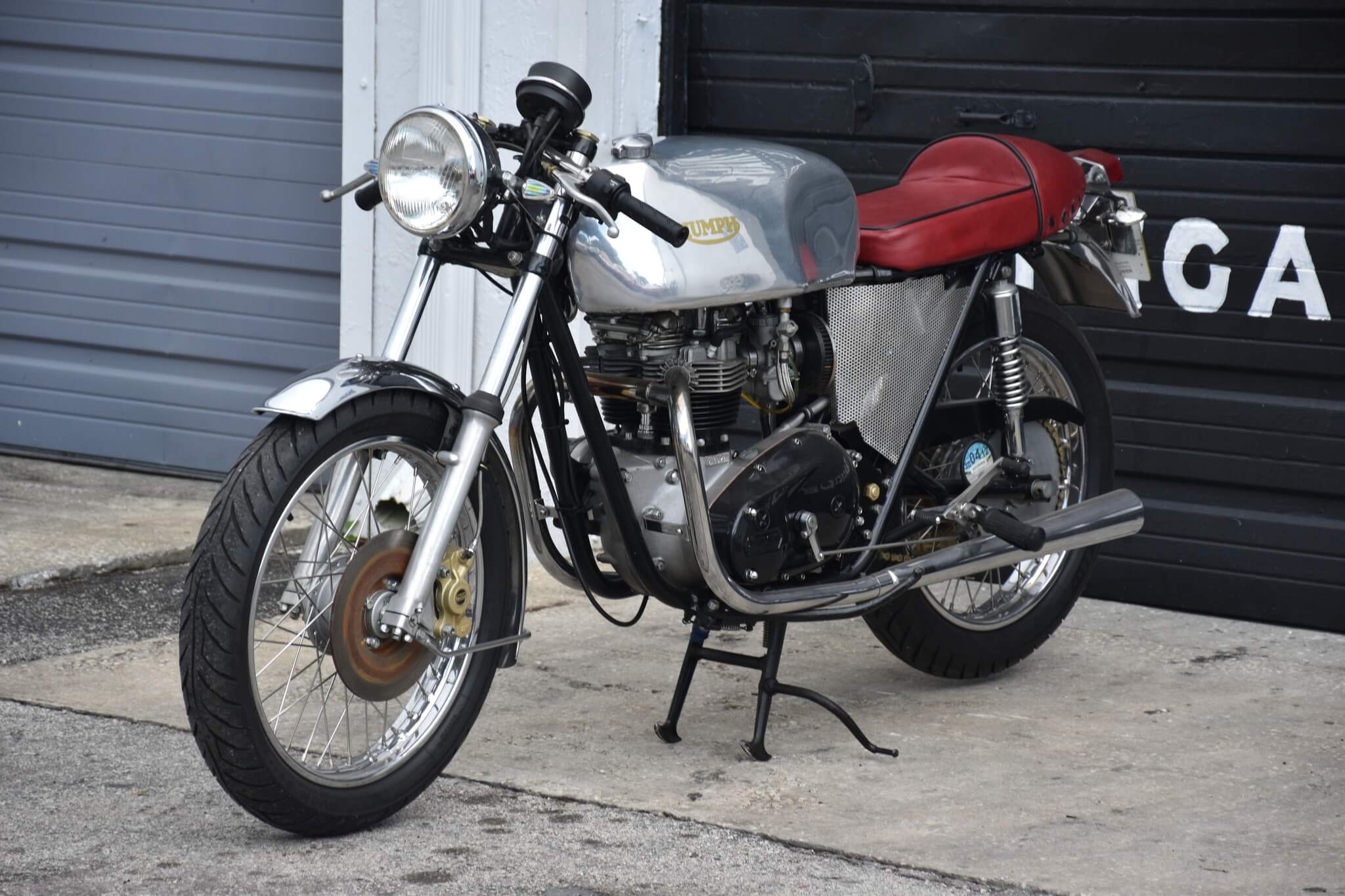 Available for auction is this 1977 Triumph Bonneville T140 Cafe Racer. Triumph’s Bonneville series borrows its name from the Bonneville Salt Flats where record-breaking speeds were attempted. This 1977 model was imported into the U.S. in 2016 after being restored and modified in a Cafe Racer style in 2011. The restoration included fresh powder coating, overhauled brakes, new tires, cafe racer style modifications, and more. This 1977 Bonneville is now being offered at auction by its seller out of Florida. 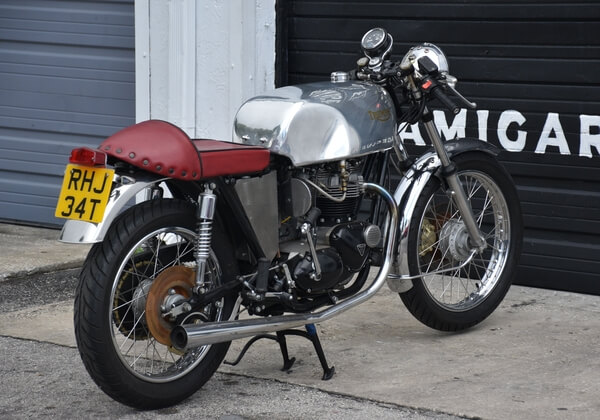 During the restoration of this Bonneville, the frame from a 1979 Triumph Tiger was used and was freshly powder coated along with the swing arm and engine case. It was also fitted with a long-range alloy fuel tank and cafe racer-style clip-on bars. The seat is covered in red leather and the motorcycle rides on chrome-finished 19”/18” wire wheels dressed in Avon tires. The seller confirms that the instrumentation and accessories remain fully functional. 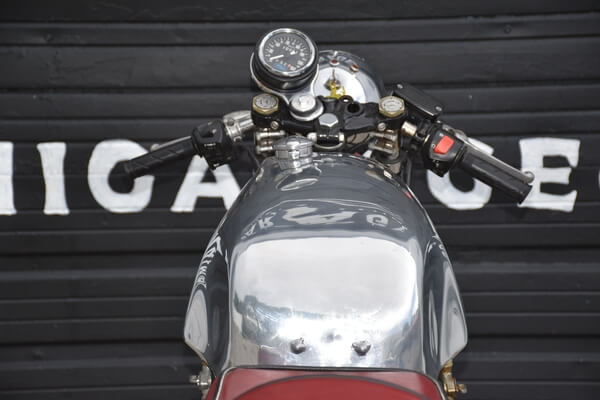 Power is derived from an air-cooled 750cc 360-degree parallel-twin engine sourced from a 1979 T140 E, which has been fitted with twin Mikuni carburetors and a Boyer electronic ignition. The rear wheel is driven by a 5-speed manual transmission with a chain final drive. During its restoration, the bike received new wheels, brake discs, braided brake lines, and a rebuild of the brake calipers. The seller recommends cleaning the brake rotors due to lack of use. 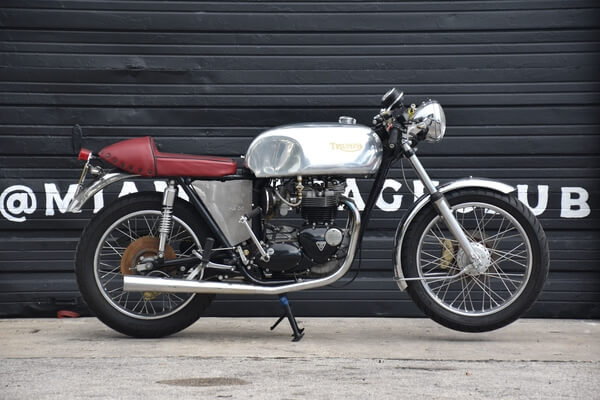