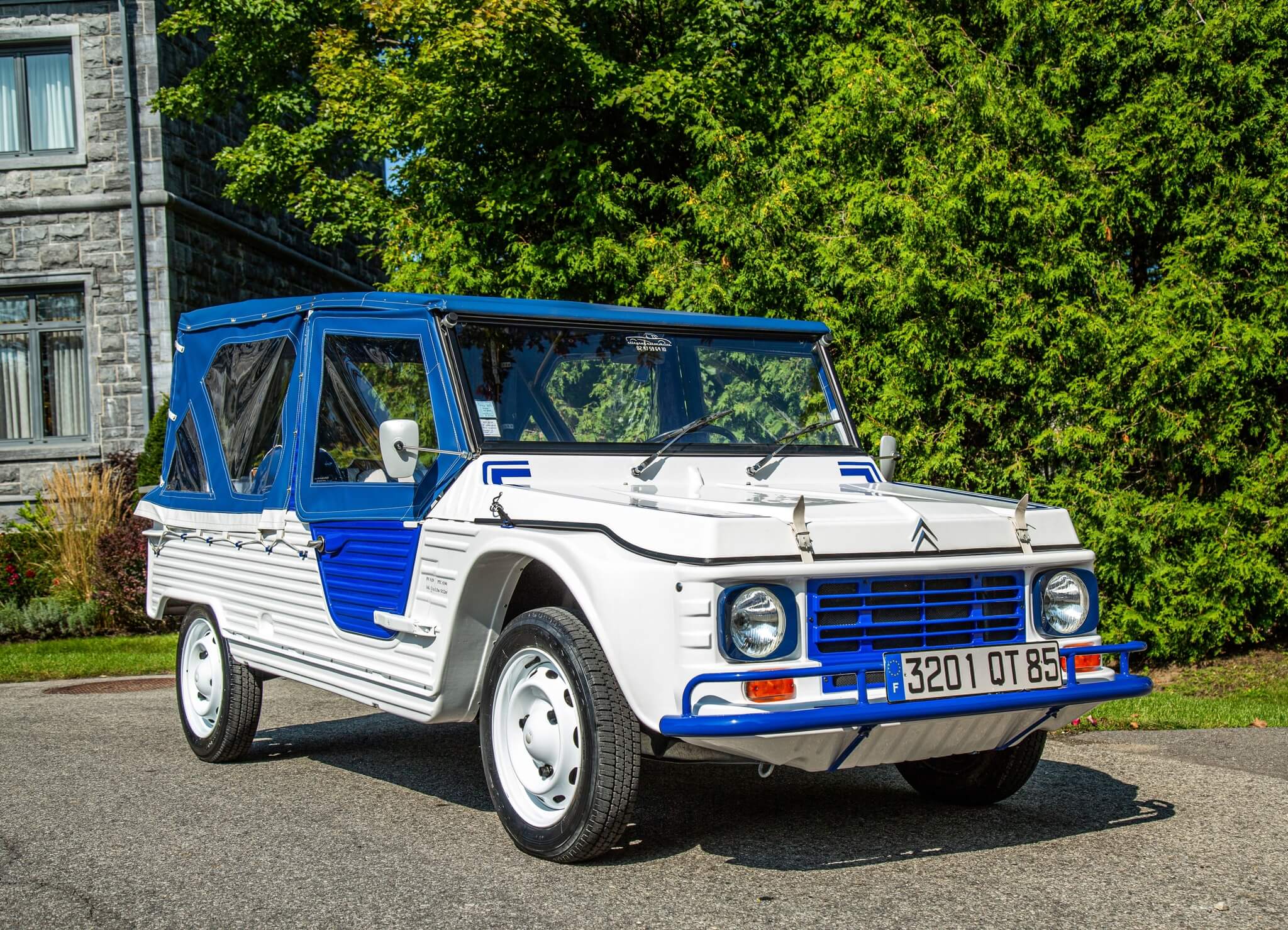 Available for auction at no reserve is this 1979 Citroën Méhari Azur Edition finished in White over a matching striped vinyl interior. The lightweight and versatile Méhari was produced from 1968 to 1988 and featured fully independent suspension, ABS plastic body panels, removable doors, and a folding roof. A limited number of Azur Edition models were produced featuring a special paint scheme and a matching four-seat interior. This 1979 example was acquired by the seller in September of 2021 and was subsequently treated to a full rotisserie restoration that included a new ABS body and an engine rebuild. It is now being offered for auction without reserve by its seller in Montreal, Canada. 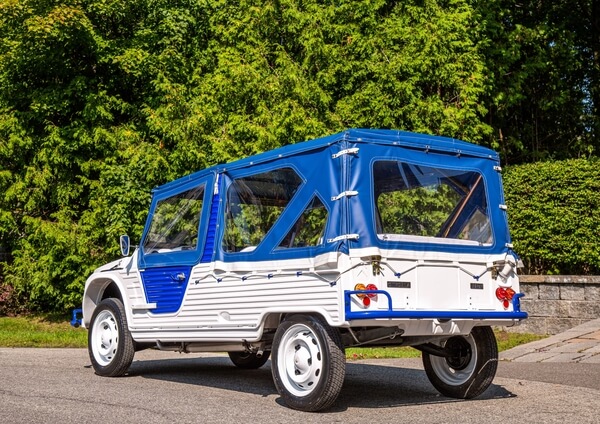 The Méhari drew inspiration from the popular Mini Moke and uses a rust-resistant ABS plastic body. The Azur Edition model comes finished in white with blue accents on the bumpers, doors, and folding soft roof. The doors can be removed, and the canvas convertible top can be folded and stowed within the vehicle. An all-new ABS body was fitted during the restoration and the car rides on a set of three-lug 15” steel wheels dressed in Firestone tires. Detailed images can be found in the gallery. 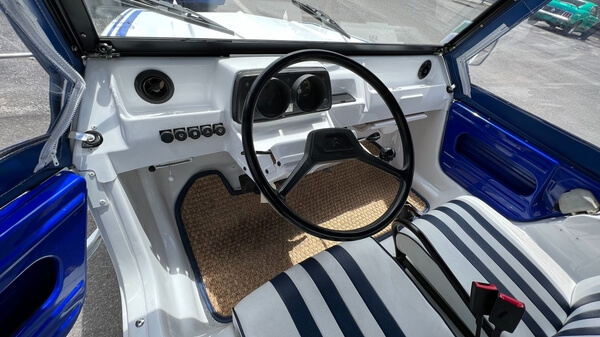 The cabin is equipped with front bucket seats and a rear bench upholstered in white vinyl with blue stripes. The molded dashboard incorporates an ashtray, and a locking glove box, while features include a heater, Jaeger gauges, and a spare tire mounted behind the front passenger seat. The seller confirms that all gauges, electronics, and accessories are working properly. 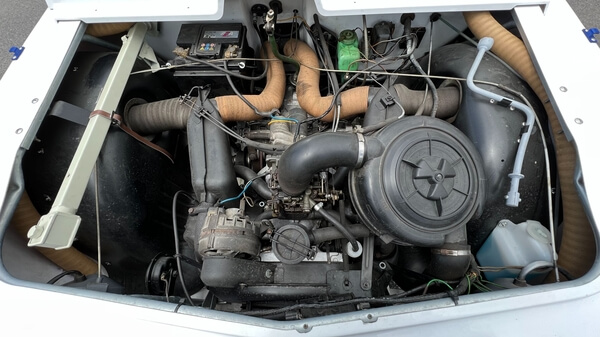 Power comes from an air-cooled 602cc flat-twin engine that is said to have been rebuilt during the vehicle's restoration. As much as 29 HP and 28 lb.-ft of torque are sent to the front wheels by way of a four-speed manual transmission transaxle. The Méhari shares its steel chassis design with all Citroën A-Series vehicles and is equipped with fully independent suspension. 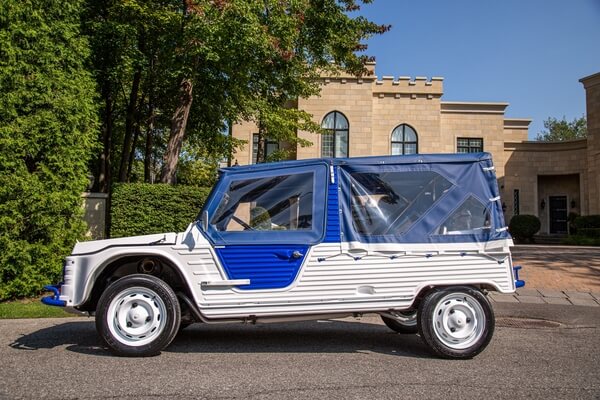 This sale will include a toolkit and a clean title