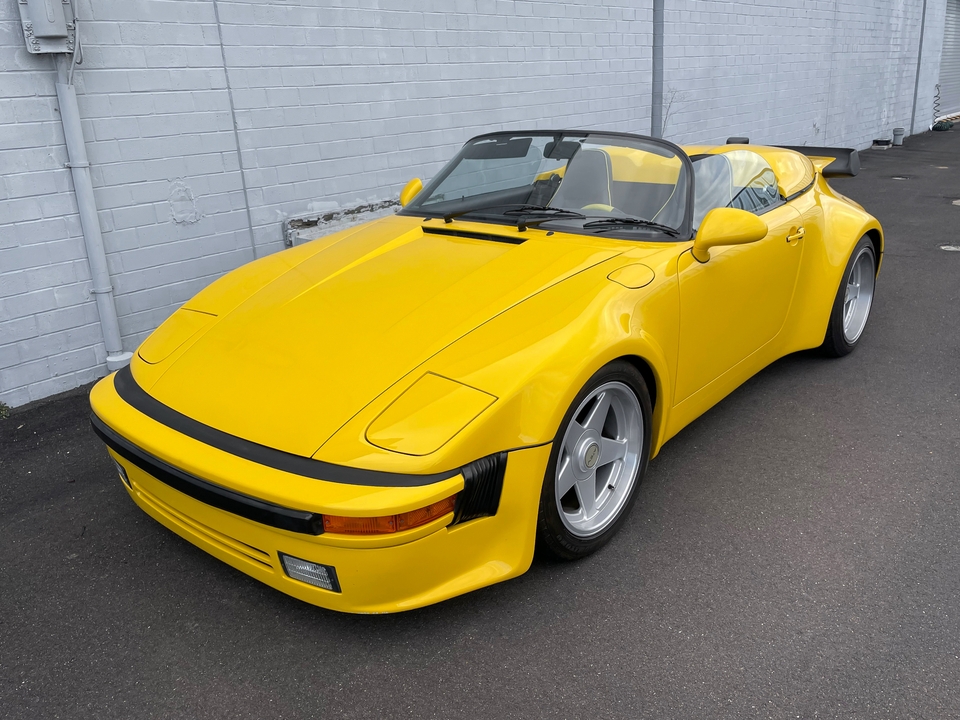 Now available for auction is this one-off 1980 Porsche 911SC Slant Nose Speedster widebody.  Reported to have been custom built to a very high standard by Bob Anziano’s Bad Boy Cars of Orange County, California, this 1980 911SC underwent a Speedster-stye transformation using OEM parts in addition to a full steel Slant Nose and widebody conversion.  Finished off in Speed Yellow over a custom upholstered black leather interior, this 911 is truly one-of-a-kind.  Said to retain its original 3.0 L flat-six engine and 5-speed manual gearbox, this custom Slant Nose Speedster is now being offered by its owner in Pennsylvania with approximately 66k miles showing on the odometer. 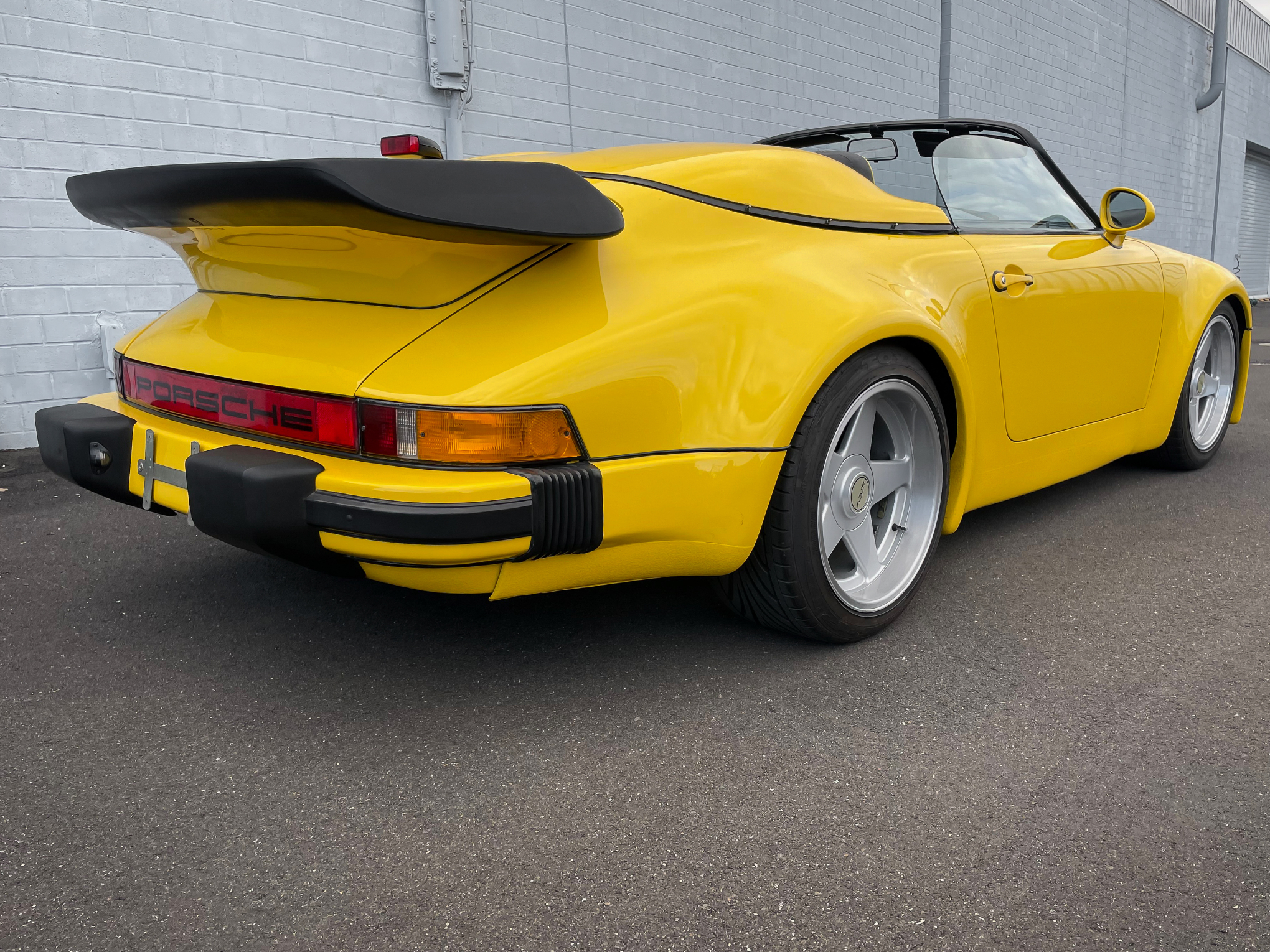 During its time with Bob Anziano, this 911 received steel Slant Nose fenders, custom rocker panels, and widened rear fenders. A Speedster-style transformation was also carried out using OEM parts including the shortened windshield and double-hump rear fairings.  Other custom features include a Tea Tray rear spoiler, aero mirrors, painted door handles, and a 930 SE-style front bumper.  The Speed Yellow paint is said to be in very good overall condition except for one very small chip that has been touched up on top of the right front fender (detailed images are provided in the photo gallery).  This 911 rides on 17” 5-spoke Atev wheels dressed tires sized 255/40 rear and 235/45 front.

Inside, the cabin has been custom upholstered with black leather and yellow deviated stitching and seat piping.  Other modifications include an aftermarket 3-spoke steering wheel with yellow accents, custom yellow instrument dials, an aftermarket alarm system, and floormats with embroidered “Speedster” logos.  The sound system has also been upgraded with an aftermarket radio, amplifier, and dual subwoofers built into the rear shelf.  The interior is described to be in good condition with only minor signs of wear, and all gauges and accessories are said to be fully functional. 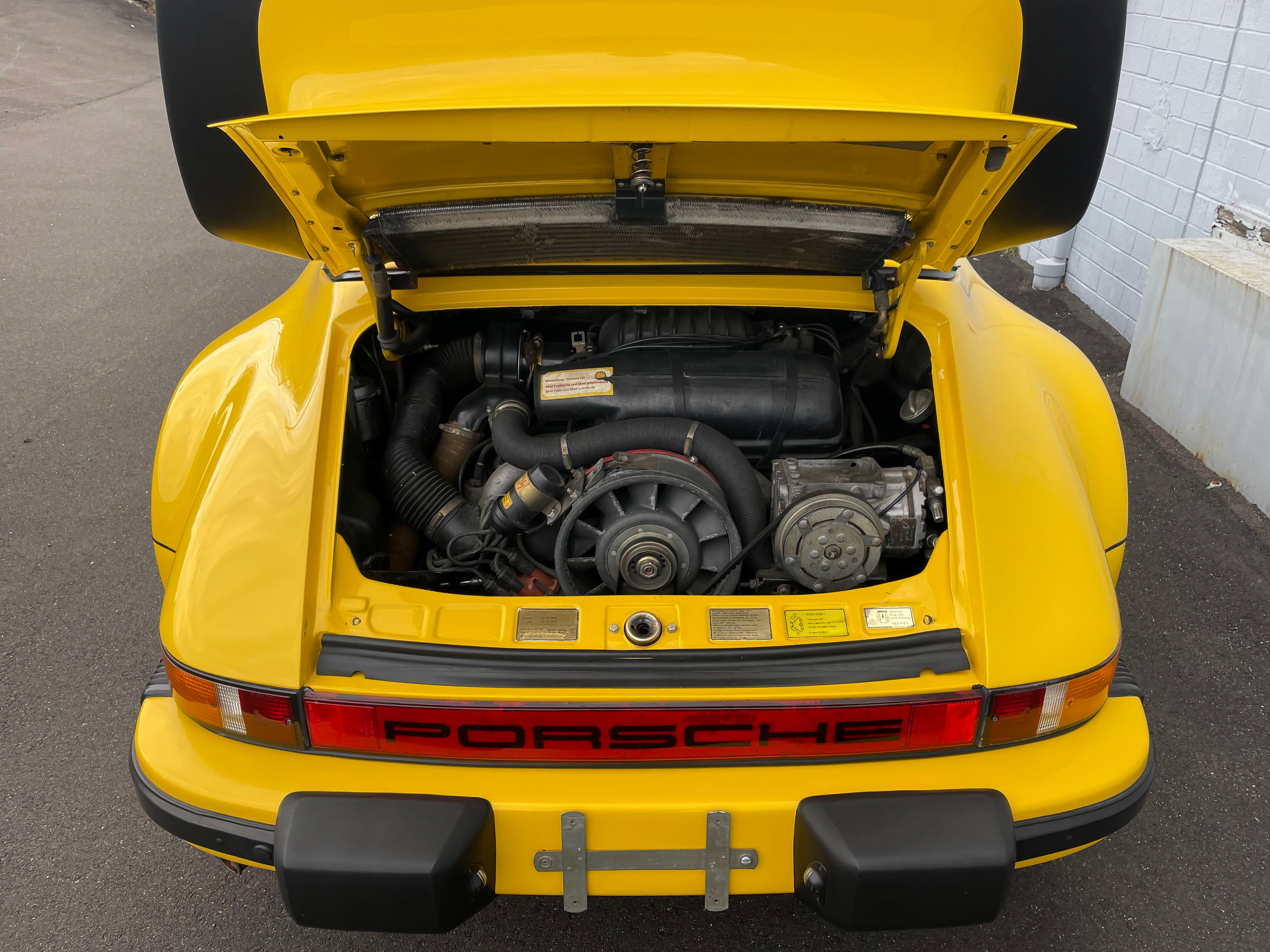 This 911SC is said to retain its original drivetrain consisting of an air-cooled 3.0 L flat-six engine paired with a 5-speed manual gearbox that sends approximately 180 HP to the rear wheels. A strut brace has been added to the front for improved rigidity. Having acquired the car at the beginning of 2020, the seller has little information regarding service history but reports this 911 to be in excellent running order. 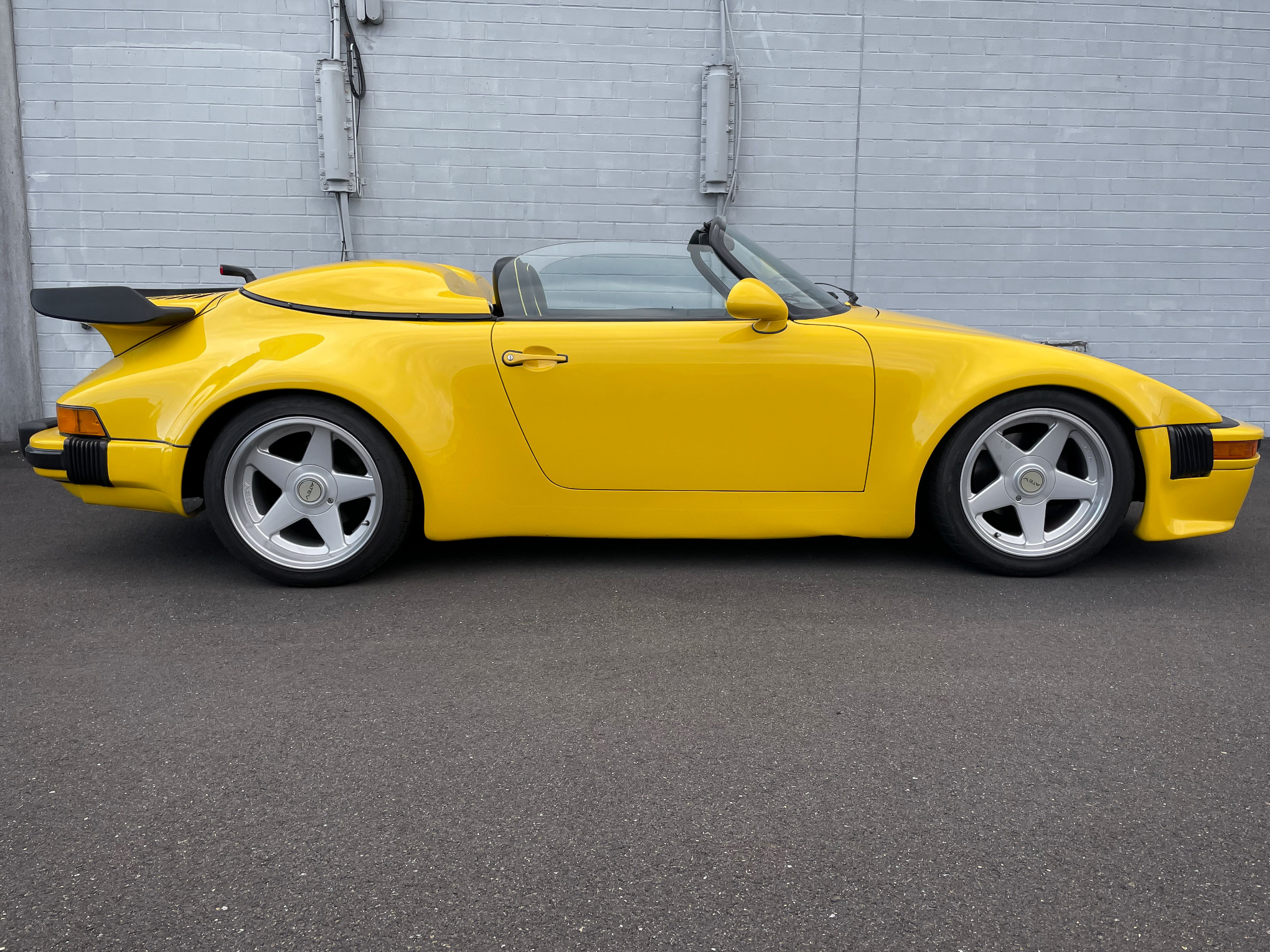 This sale will include a clean title.  Do not miss your chance to own this incredibly unique 911 Slant Nose Speedster widebody by Bob Anziano.