Up for auction is this 1981 DMC DeLorean.  The sole model produced by the DeLorean Motor Company (DMC), the DeLorean or “DMC-12” was assembled in Northern Ireland and built from January of 1981 up until December of 1982 when the company went bankrupt with approximately 9,000 cars produced. The car is most notable for its distinctive stainless-steel bodywork, exotic gullwing doors, and its role as the time machine in the Back to the Future movie franchise.  This 5-speed 1981 example had remained under the care of its second owner for over 25 years and is now being offered for auction out of New York with just over 35k miles showing on the odometer. 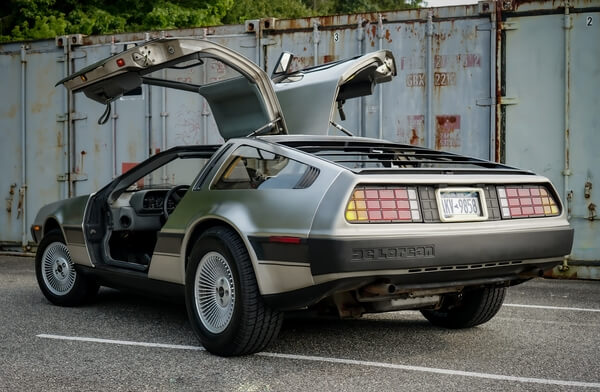 The brushed stainless-steel bodywork was designed by Giorgetto Giugiaro and is laid over a fiberglass underbody affixed to a steel frame chassis.  The SS304 austenitic stainless-steel panels resist corrosion and can be reconditioned using nonmetallic abrasives.  The exterior of this example exhibits some light scratches and dings while the rubber cowl around the front grille has begun to warp near the headlights.  Detailed images are provided in the photo gallery.  The iconic gullwing doors are supported by cryogenically treated torsion bars and nitrogen-charged struts and feature small retractable cutout windows.  Per the owner’s service records, the door-lift rams were replaced in 2004 at 31,384 miles.  The car rides on factory 14”x6” cast-alloy wheels mounted with Fuzion Touring tires. 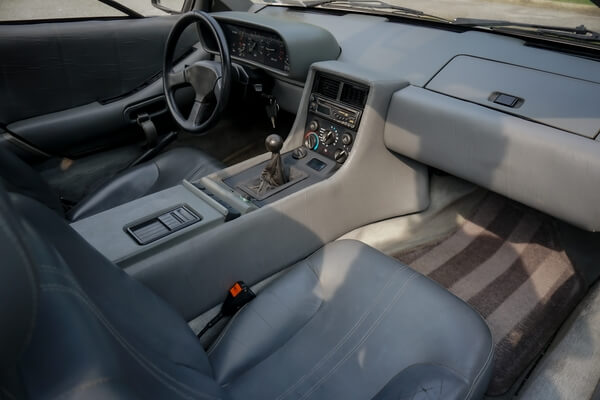 Inside, you will find a highly original grey interior with Bridge of Weir leather seats, air conditioning, and power windows, door locks, and mirrors.  Other standard features include a tilt/telescopic steering wheel, intermittent windshield wipers, and an electric rear-window defroster.  The cabin of this example remains well preserved with normal signs of patina, some discoloration of the carpets, and cracks on the lower passenger seat bolster.  An aftermarket JVC radio has been installed and the front hood struts are in need of replacement. 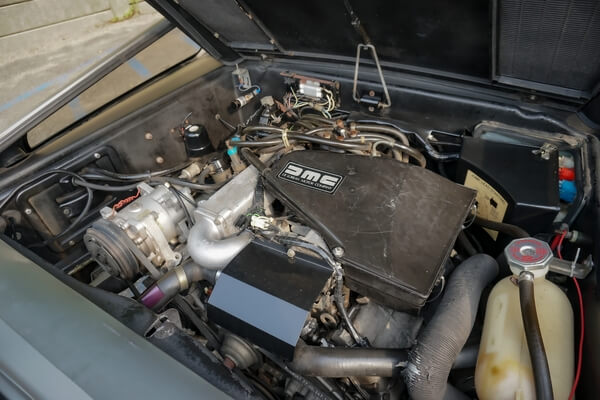 Powering the DeLorean is a mid-mounted Peugeot-Renault-Volvo (PRV) 2.85L V6 engine with Bosch K-Jetronic fuel injection.  As much as 130 HP and 153 lb.-ft of torque are sent to the rear wheels through a 5-speed manual transmission.  The four-wheel independent suspension includes double wishbones up front and a multilink setup in the rear.  Stopping power is handled by power-assisted disc brakes at all four corners.  An extensive collection of service records have been kept dating back to the owner’s purchase in 1993 at 24,700 miles.  Noteworthy items addressed over the years include routine coolant and oil changes, a rebuilt alternator, battery replacements, a new voltage regulator, and an overhaul of the brakes with new pads, rotors, and calipers.  The owner’s notes show the last oil and filter change to have been completed in June of 2020 at 35,243 miles. 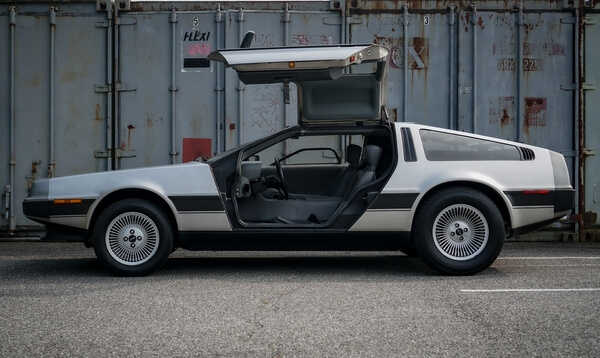 This sale will include the original owner’s manuals, toolkit, and spare tire as well as a vast collection of maintenance records and a clean title.  A true cultural icon and one of the most recognizable automotive designs of all time, this well preserved DeLorean makes a unique addition to any car collection.