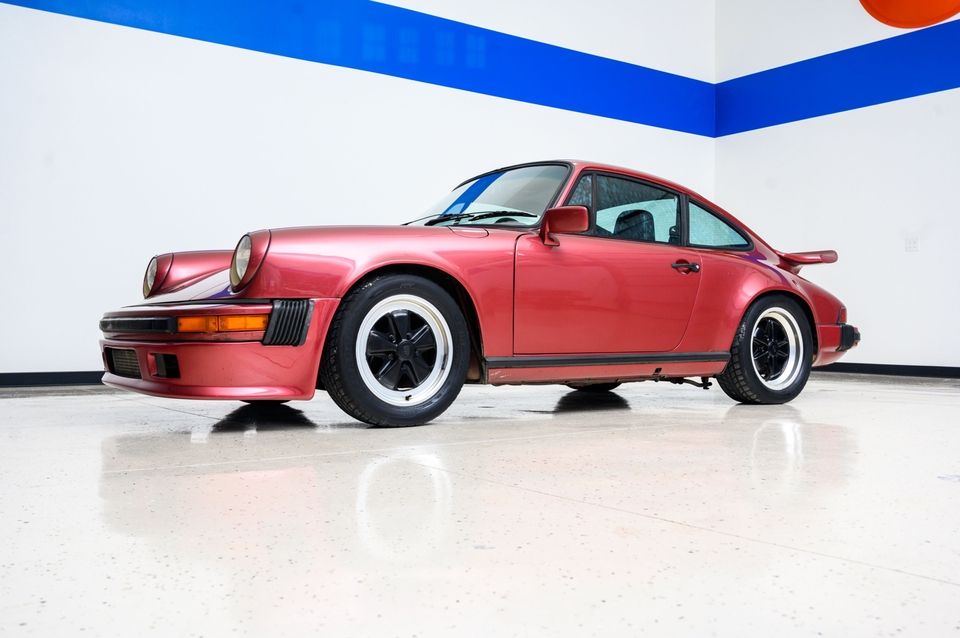 Up for auction is this 1981 Porsche 911SC Coupe finished in rare Wine Red Metallic over a black and brown interior. Recently acquired from a long-term PCA member by its seller in North Carolina, this 1981 example has been transformed into the driver’s car we see today with modifications including front and rear IROC spoilers, RS-style door panels, a center-mounted oil cooler, SSI heat exchangers, a Weltmeister sway bar kit, rear-seat delete, Carrera chain tensioners and more.  The ideal choice for a spirited weekend drive, this 911SC is now being offered for auction by its seller in North Carolina accompanied by a clean title. 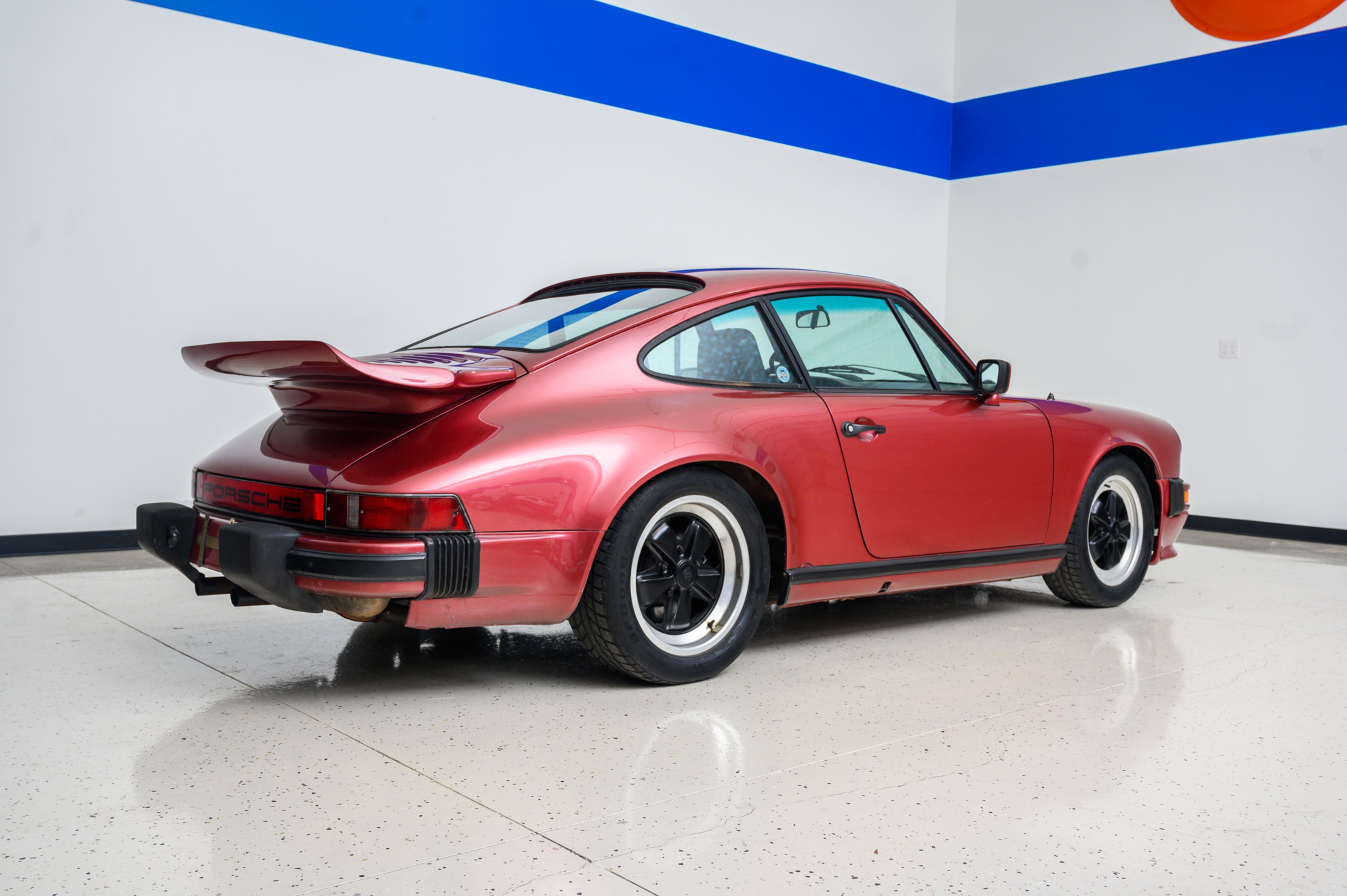 Only offered between the production years 1981-1982, this SC is finished in the rarely seen Porsche color of Wine Red Metallic.  The lower front spoiler was refinished in preparation for sale and several other body panels are reported to have been partially refinished under previous ownership.  Some rock chips and cracks in the taillight lenses are depicted in the photo gallery. Externally, this SC sports color-matched front and rear IROC-style spoilers as well as staggered 16” Fuchs wrapped in BFGoodrich Comp T/A tires. 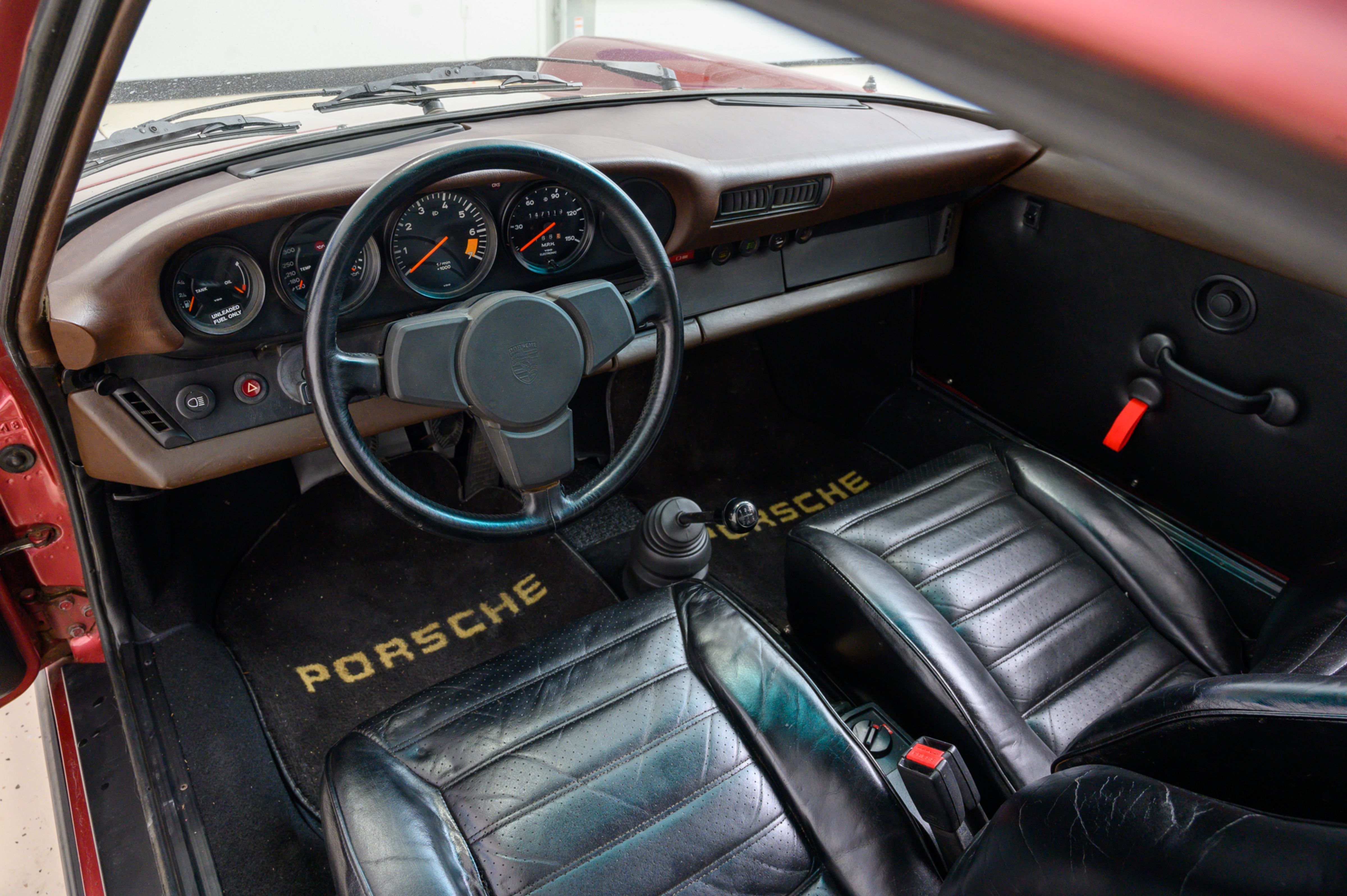 Inside, the black interior features replacement black leather seats, a brown dashboard and upper door panels, deleted rear seats and RS-style door panels with red pull straps. Some wear is present on the seats, dashboard, and headliner.  The upholstery is also is missing from the sliding sunroof panel. The air conditioning system, radio, and sun visors have been removed and the 6-digit odometer currently shows approximately 147k miles.  CARFAX shows an “Exceeds Mechanical Limits” title issued in regard to the odometer during 1991 by the state of Ohio. 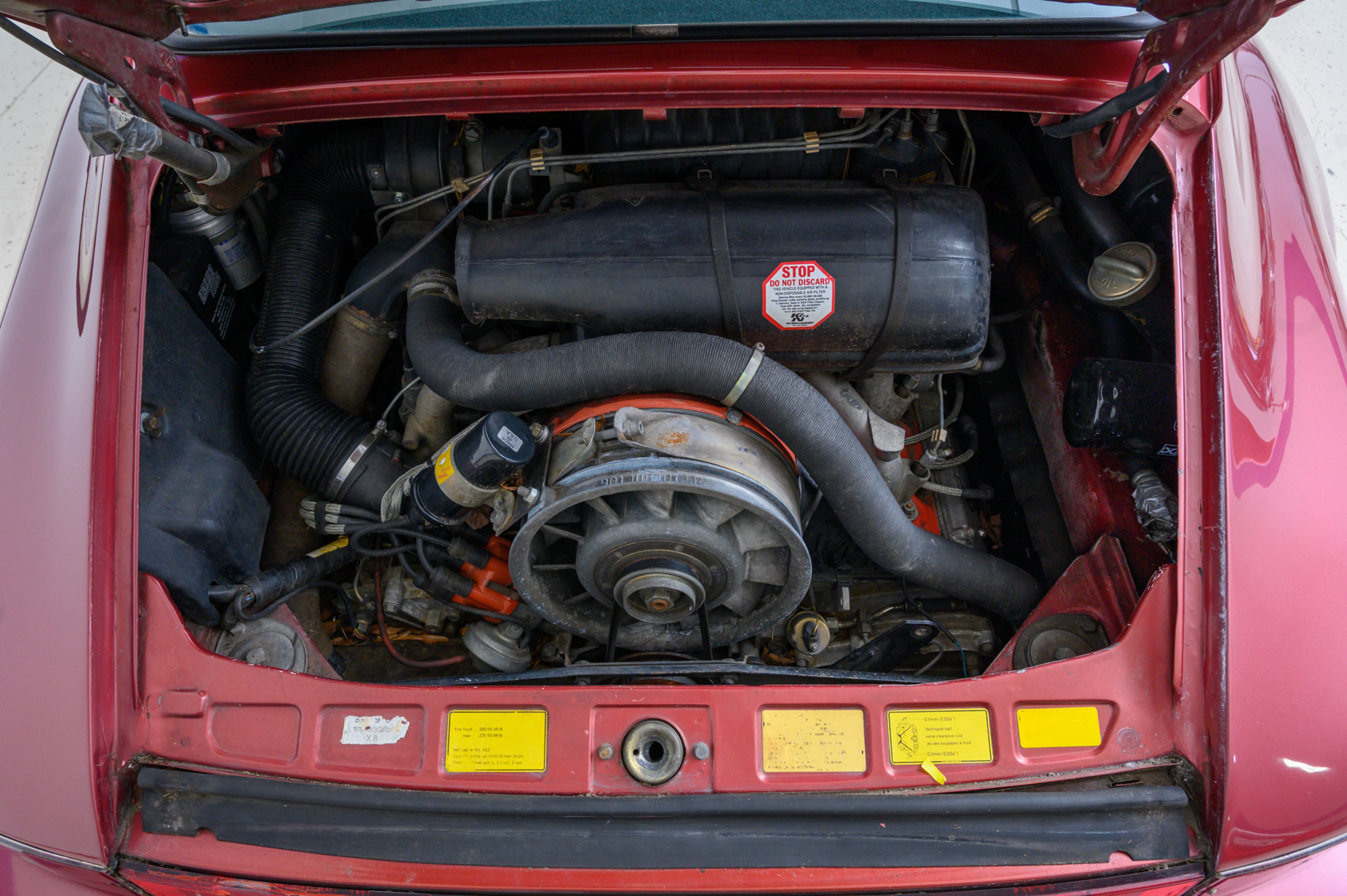 The fuel-injected, air-cooled 3.0 L flat-six sends  180 HP stock to the rear wheels through a 915 5-speed manual transaxle. Performance modifications include Carrera chain tensioners, a Dansk sport muffler, SSI heat exchangers, a center-mounted oil cooler, Turbo lower valve covers, Turbo tie rods, stainless steel brake lines, and a Weltmeister sway bar kit.  A kill switch has also been added under the front hood along with a front strut-tower brace. The seller reports that the shift linkage bushings have been recently replaced and an invoice will be included in the sale. 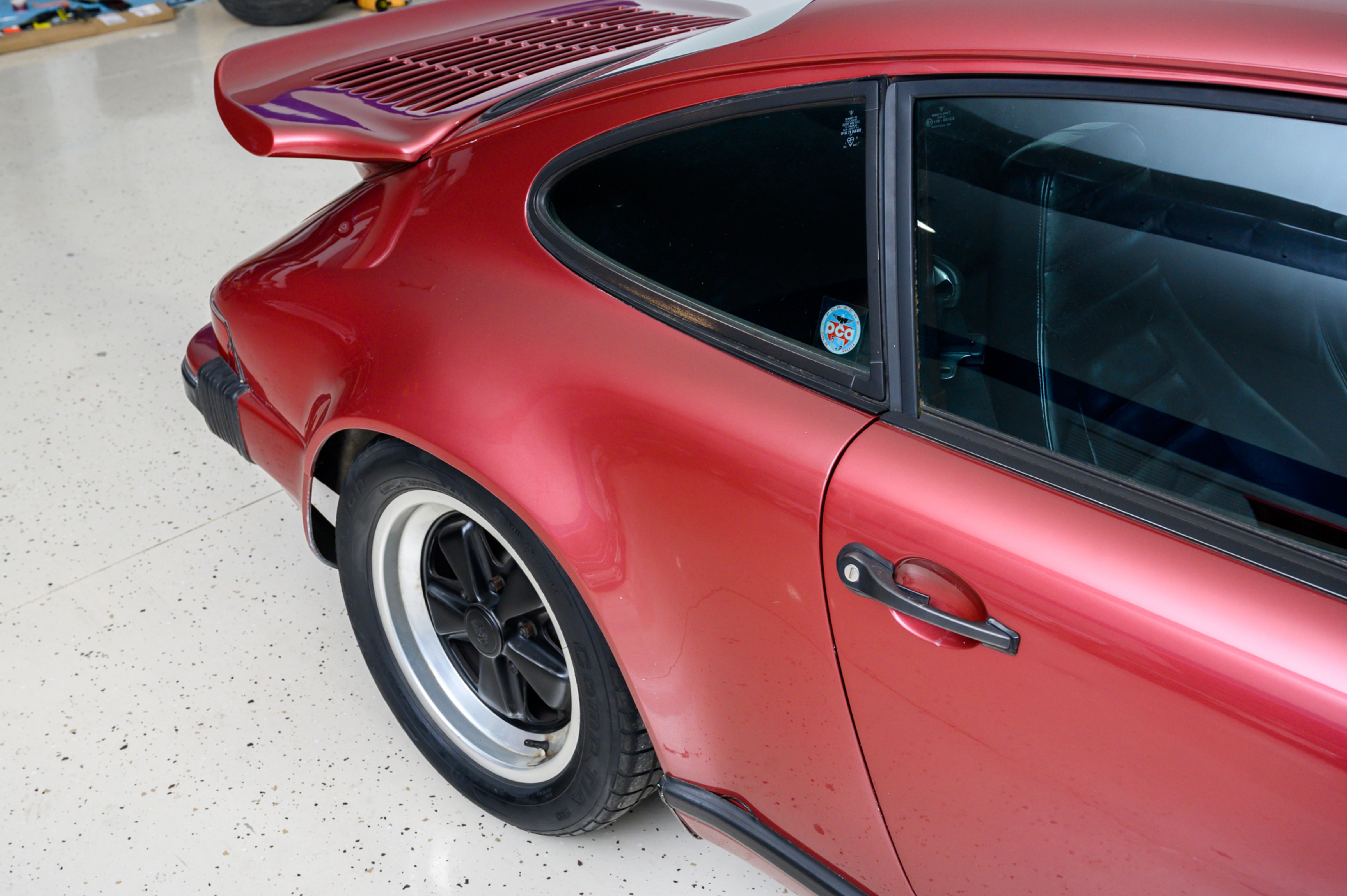 Offered with a clean North Carolina title, this tastefully modified Porsche 911SC is just waiting to be driven and enjoyed.