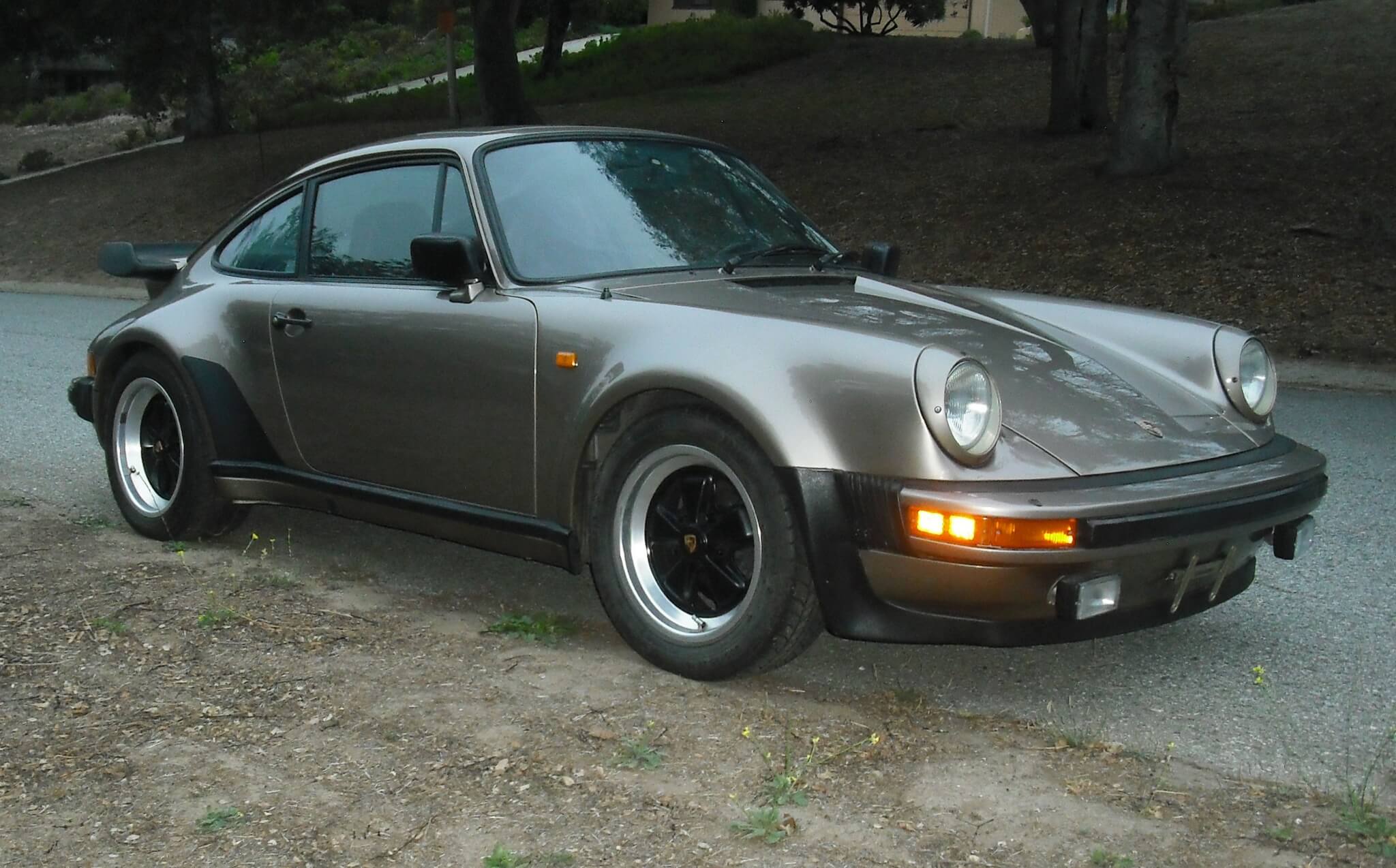 Produced for the European/RoW market, this 1981 Porsche 911 Turbo was imported to Los Angeles by its original owner and has remained in California ever since. The car was factory-finished in Platinum Metallic over a brown leather interior. It was acquired by the current owner, a PCA member, in 1990 and later received an aftermarket short-shift kit as well as a new clutch, lightweight flywheel, factory 930 S steering wheel and center console, an amplified sound system, and custom interior accessories. Recently serviced by Porsche Monterey, this 930 is now being offered for auction by its longtime owner out of California showing under 33k miles on the odometer. 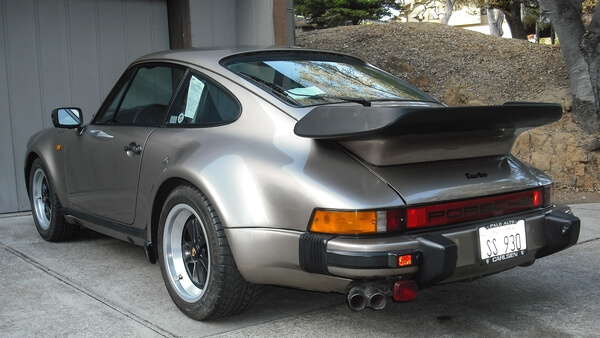 The exterior is finished in Platinum Metallic (055) with Turbo-specific bodywork including wide fenders, a lower front chin spoiler, and a distinctive Tea Tray rear spoiler. Other features include European-specification side marker lights and bumperettes, a rear window wiper, removable leather mirror covers, and black stone guard decals over the rear fenders. The seller states the paint and original glass remain in excellent condition and notes only a small chip on the edge of the driver’s door. The car rides on 16” Fuchs forged alloy wheels measuring 7” wide in front and 9” wide in the rear, fitted with enameled cloisonne brass center caps and Pirelli P P700Z tires. The seller states the tires were mounted in 1995 with approximately 4k miles driven since, detailed images are provided in the gallery. 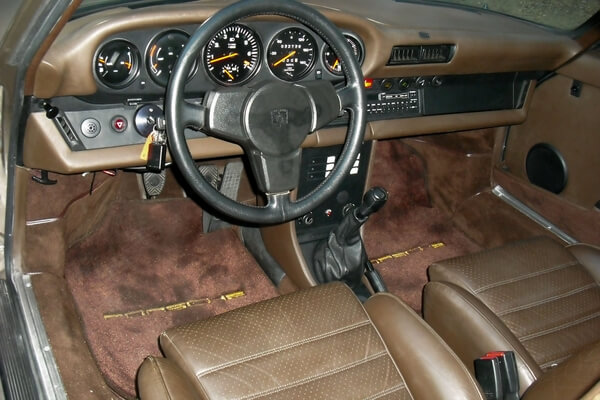 The brown leather interior has been customized with a genuine 930 S steering wheel and center console along with matching French-stitched leather side panels, a leather shifter, custom leather dash covers, and custom floor mats. The sound system has also been upgraded with a new Blaupunkt Reno radio and a 100-watt amplifier. The 930 S center console and leather shifter were professionally installed at Carlsen Porsche of Palo Alto, and the original center console is said to be available as well as the original radio and other assorted factory parts. The seller states all gauges and accessories remain fully functional apart from the clock. 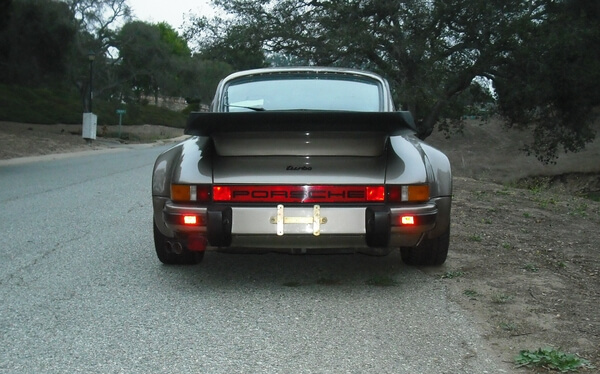 The European-specification turbocharged 3.3-liter flat-six engine was rated at 300 HP and drives the rear wheels by way of a 4-speed manual gearbox. An upgraded short-shift kit was professionally installed by High Performance House of Redwood City along with a new clutch and lightweight flywheel at 29k miles. The car is said to have been driven sparingly during the first 6 years of the seller’s ownership before it was placed in long-term garage storage in the late 1990s. It was recently brought to Porsche Monterey for service in preparation for sale including draining of the fuel tank and installation of a new fuel pump. A new battery was also recently installed for the purpose of starting the car, although the battery is improperly sized and poorly secured by the factory bracketry. The seller confirms a California emissions test was recently passed. 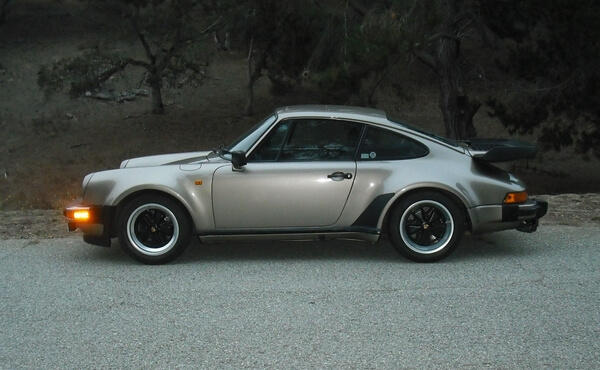 This sale will include some assorted original parts, owner’s manuals, a toolkit, spare tire, an unused Porsche air pump, a car cover, a battery charger, and a clean title.