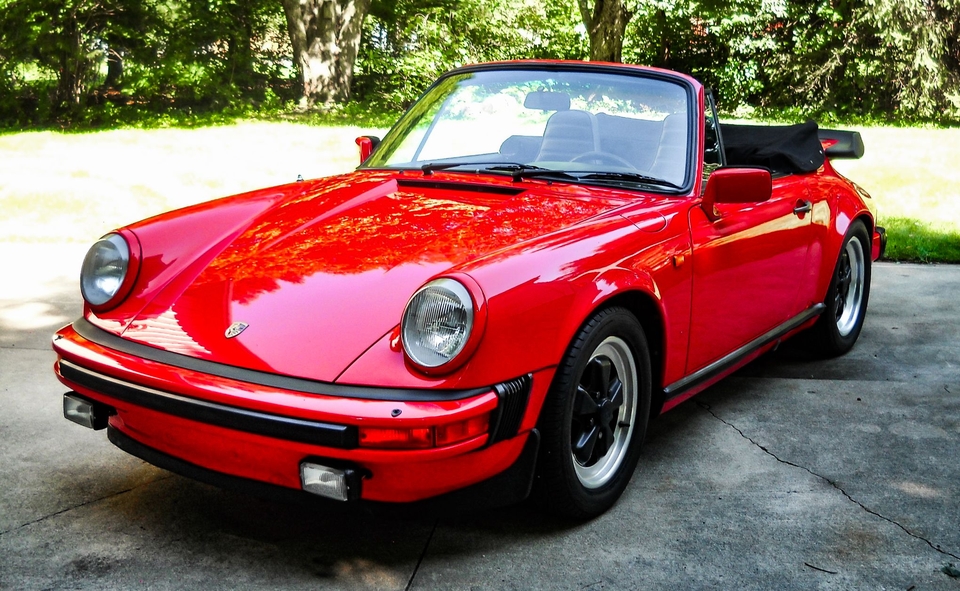 We are pleased to present this European market 1983 Porsche 911 SC Cabriolet in Guards Red over a black leather interior.  In addition to marking the final year of production of the 911 SC generation, this 1983 example also represents the only model year for the SC Cabriolet.  Showcasing European market styling as well as front and rear spoilers, this 911 is said to have been diligently looked after and garage kept by its previous owner up until 2014 when it was acquired by the seller.  With approximately 900 miles driven since that time, this 1983 Porsche 911 is being offered for auction in excellent running order while showing approximately 111k miles on the odometer. 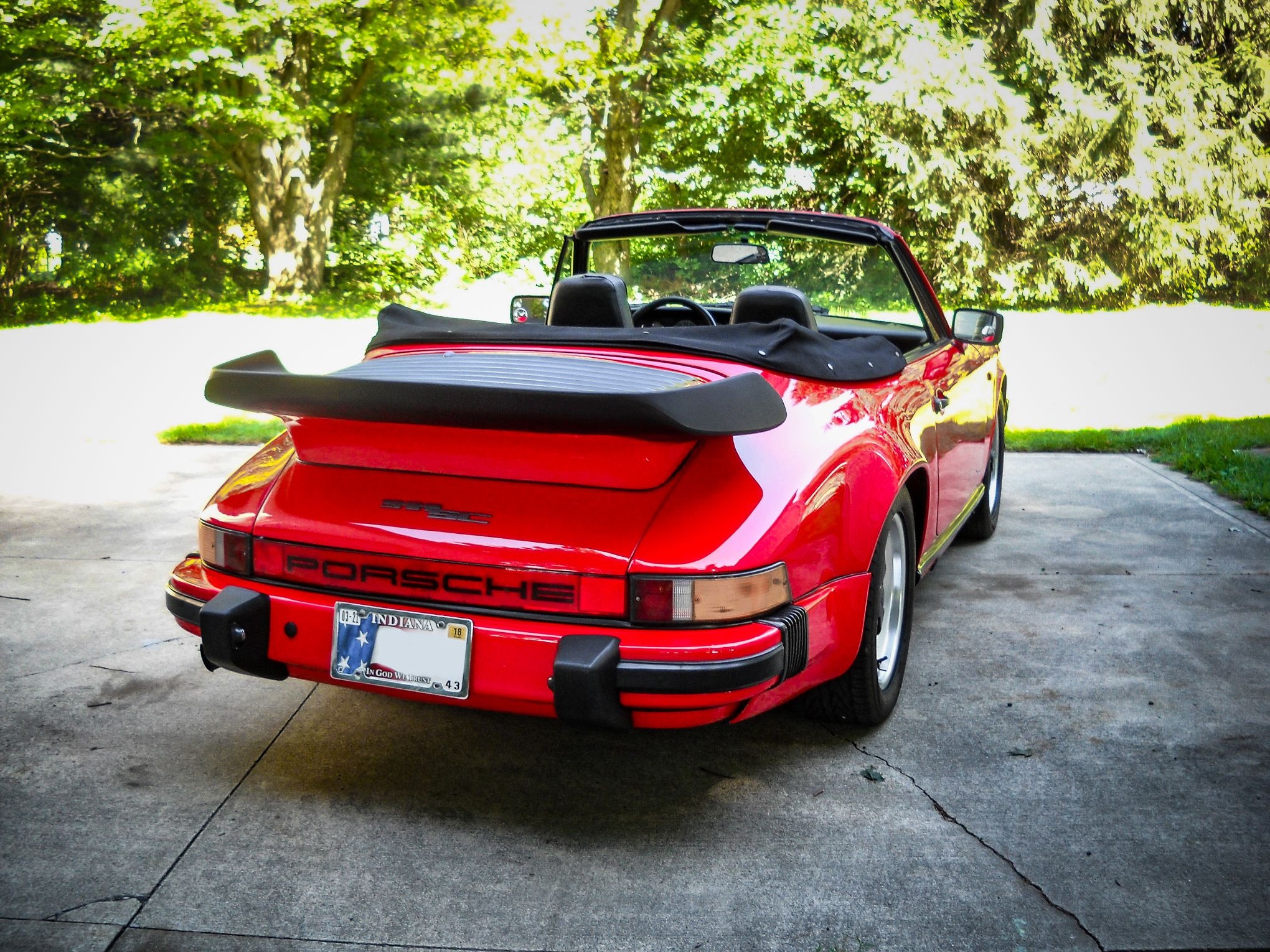 The exterior is painted in traditional Guards Red and is said to be in great shape for its age (detailed images are provided in the photo gallery).  Featuring European market rear bumperettes and side marker lights, this SC is also fitted with black stone guards, a front chin spoiler and a distinctive tea tray rear spoiler.  The cabriolet top is noted to be in good condition and the factory Fuchs wheels are retained. 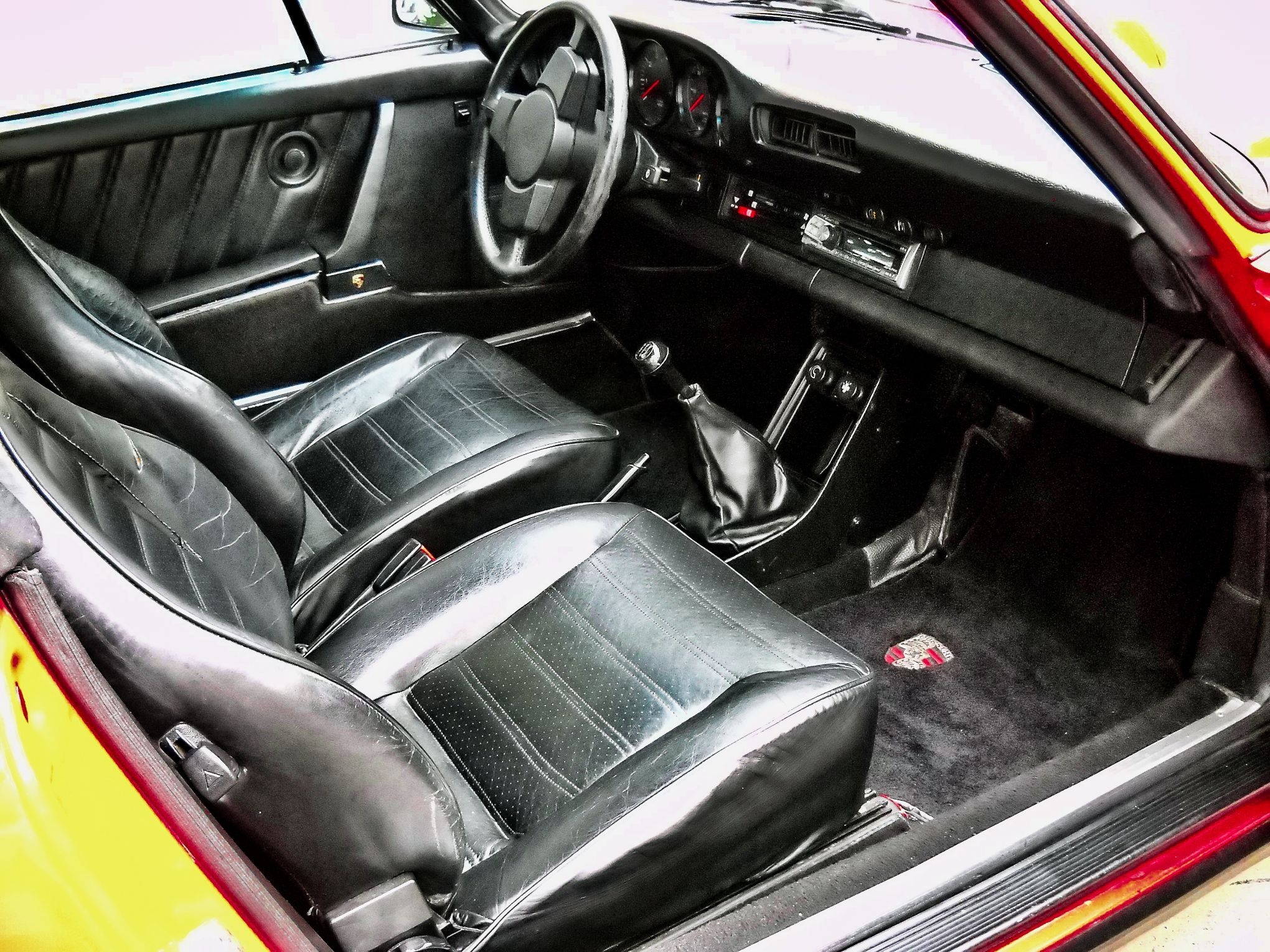 The cockpit of this 911 is upholstered in black leather and is stated to be in good condition with some signs of wear.  Features include air conditioning as well as an aftermarket stereo and speaker set up.  The seller has indicated the air conditioning to work, although it is in need of a recharge and possible maintenance.  The clock is nonfunctional; however, all other gauges and accessories are said to work properly. 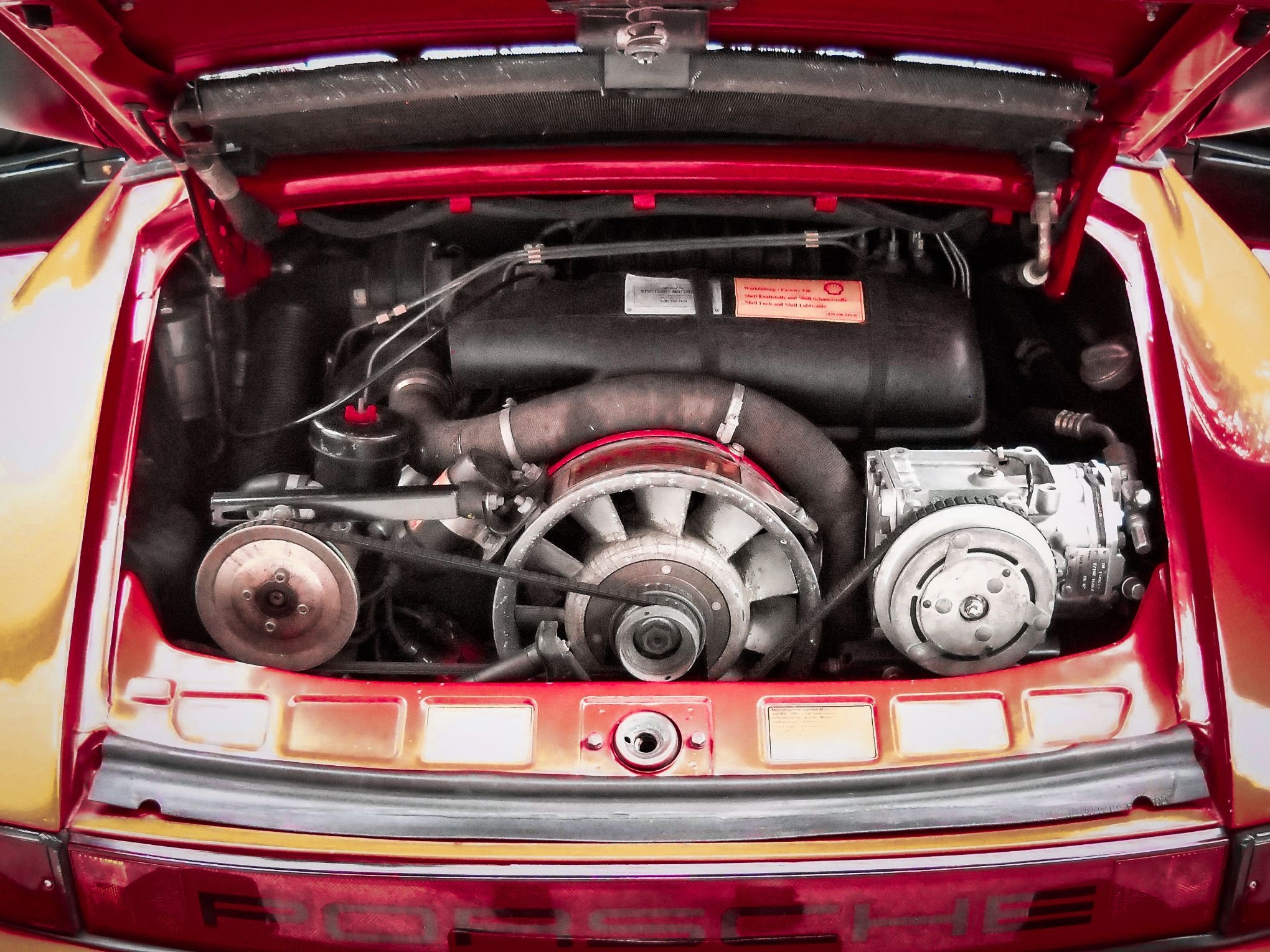 This 911 carries an air cooled 3.0 L flat six engine which sends power to the rear wheels by way of a 5-speed manual transmission, allowing for a 0-60 time of approximately 6 seconds.  This 1983 example is said to have been meticulously maintained by its previous owner prior to being sold to the current owner 2014. Noted to be in fantastic running order, this vehicle has been driven approximately 900 miles since 2014 with 1 oil change carried out during this time.

This sale will include a service manual, owner’s manual, a car cover and one key.  For any aspiring air-cooled Porsche owner, this 911 SC Cabriolet offers an incredible value.