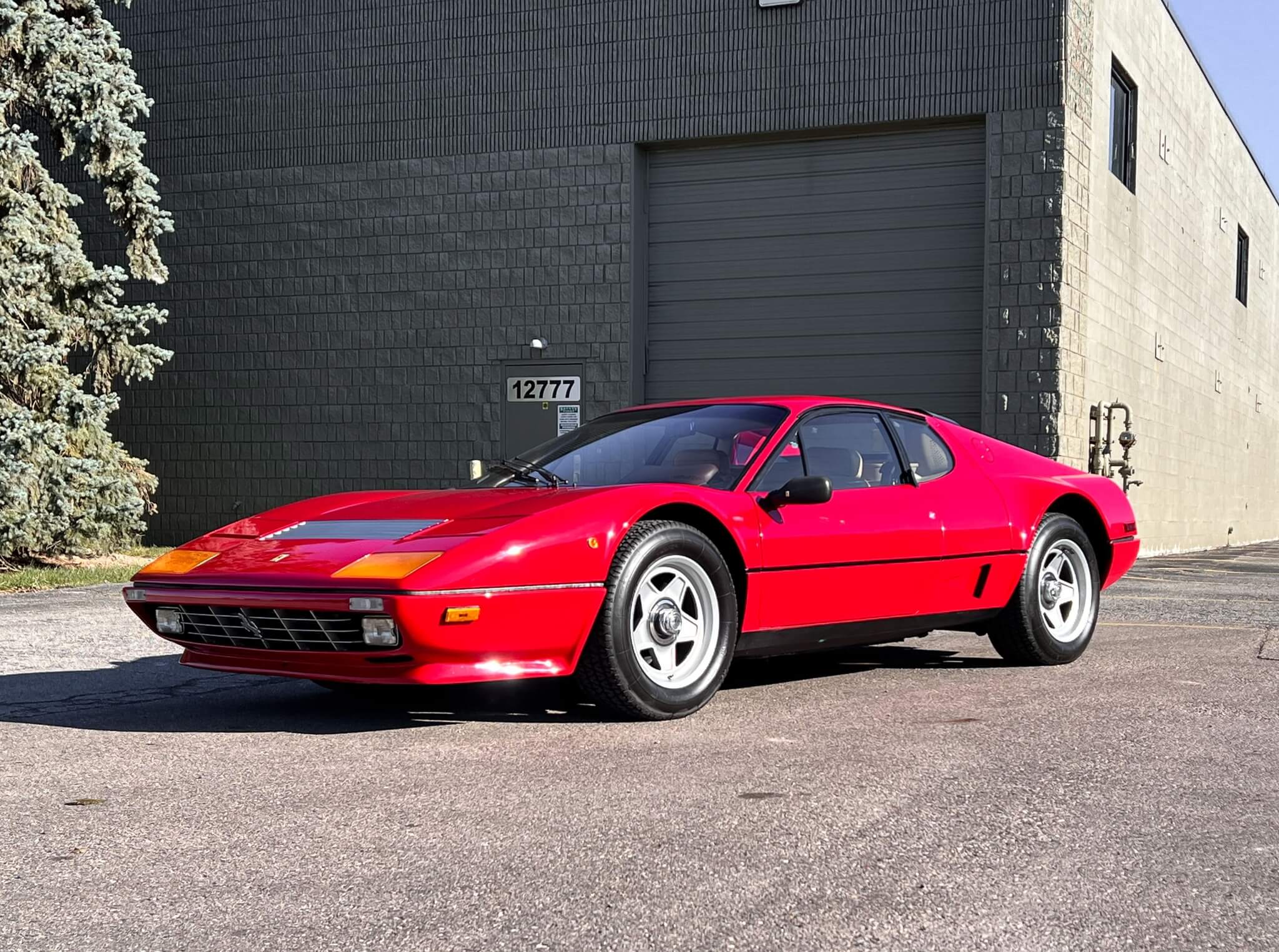 Drawing upon the chassis designs of the Dino and 250 LM race car, the Ferrari Berlinetta Boxer was unveiled at the 1971 Turin Motor Show featuring a mid-mounted flat-12 engine for the first time in a Ferrari road car. Only 1,007 examples of the fuel-injected version were produced between 1981-1984 and were known as the 512 BBi, with the "I" indicating fuel injection. This 1984 Ferrari 512 BBi is one of just 141 examples produced during the final model year and comes finished in the traditional combination of Rosso Corsa over tan Connolly leather. It was sold new in Modena, Italy, to renowned Hollywood-based Ferrari mechanic Pietro Iurilli known as the "mechanic of the stars" for maintaining cars owned by the likes of Steve McQueen, Paul Newman, and Clint Eastwood. Accompanying records show Pietro took delivery of this 512 BBi, chassis 50749, on 5/14/1984 and proceeded to enjoy the car around Italy before shipping it to his home in Granada Hills, California. Having changed hands between only three owners, this 512 BBi has remained part of a private collection since 2010 and is now being offered for auction by its consigning dealer out of Michigan. 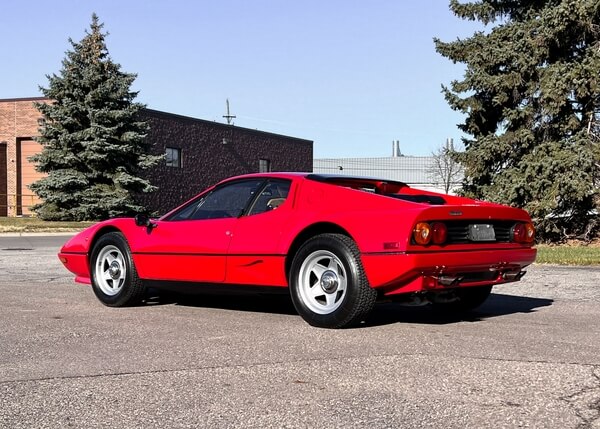 Styled by Pininfarina under the direction of Leonardo Fioravanti, the bodywork of the Berlinetta was influenced by the Ferrari P6 concept car, featuring a sleek wedge-shaped profile and a wide rear section flanked by distinctive flying buttresses. The body is adorned with pop-up headlamps, aluminum hood louvers, a high-mount rear spoiler, rectangular side markers, engine lid grilles, and NACA ducts behind the doors. This example is finished in Rosso Corsa with matching lower body cladding and factory 15” Cromodora alloy wheels with center-lock hubs and Michelin TRX metric tires. The seller notes that the tires are 10 years old, although they remain in good condition and hold air pressure as the car has been carefully looked after in a climate-controlled environment. The exterior is said to have been completely refinished under prior ownership and the seller notes some small imperfections as depicted in the photo gallery. 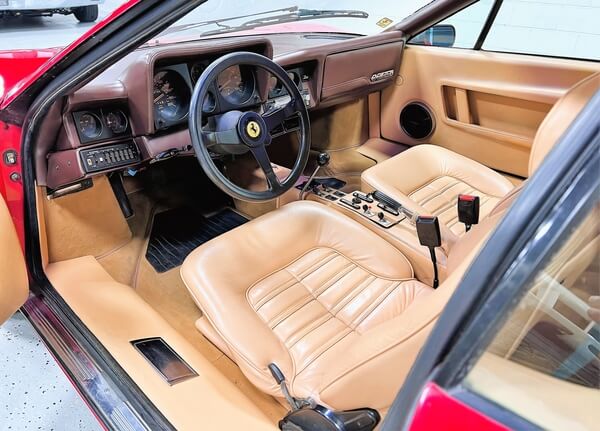 The cabin is trimmed in tan Connolly leather with matching carpets and a contrasting brown leather dashboard. Equipment includes a gated manual shifter, a three-spoke MOMO steering wheel, Veglia Borletti instrumentation, power windows, air conditioning, and a Pioneer audio system with a cassette player and graphic equalizer. The cabin is described to have been kept mostly original apart from the seat covers and the seller notes the radio head unit is currently inoperable. The car's odometer reading reflects distance in kilometers as the 512 BBi was originally built for the European market.

The Tipo F110 A flat 12-cylinder engine is equipped with Bosch K-Jetronic CIS fuel injection and Dinoplex electronic ignition, producing an output of up to 335 HP and 333 lb.-ft of torque. The rear wheels are driven by way of a 5-speed manual transaxle. The tubular chassis is paired with fully independent suspension including unequal-length double wishbones, coilovers, and anti-roll bars. Stopping power comes from ventilated disc brakes. The seller states the last major service was completed 20 years ago at Ferrari Orange County before the car eventually joined the current owner's collection in 2010 and has been driven approximately 750 miles since. 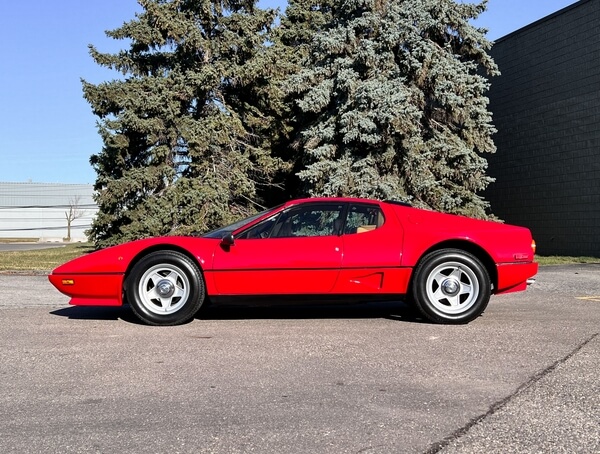 This sale will include a clean title, factory literature, and import documentation.