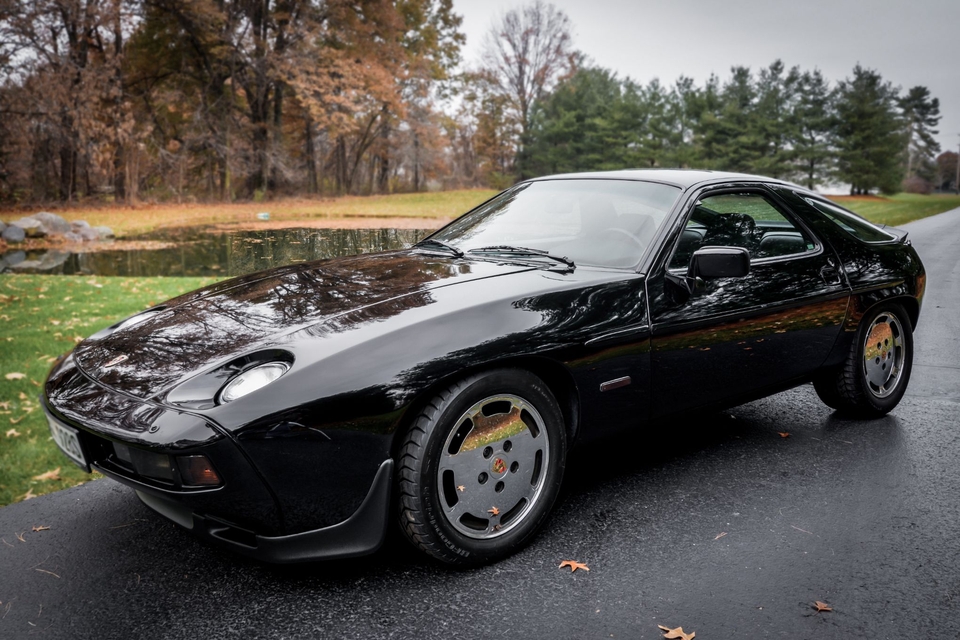 Up for auction is this superb 1984 Porsche 928 S Euro-spec finished in Metallic Black w/Purple flake over a dark gray leather interior. Originally sold in Europe and then later imported to the United States, this 1984 example was purchased by the seller in 2016 after it had been sitting in storage for about 16 years. Upon the seller’s purchase, this 928 S was treated to a comprehensive mechanical restoration spanning over 3 years. Stated to be in excellent running order with service documentation dating back to 1987, this higher-output European Spec 928 S is now being offered for auction showing just over 42k miles on the odometer. 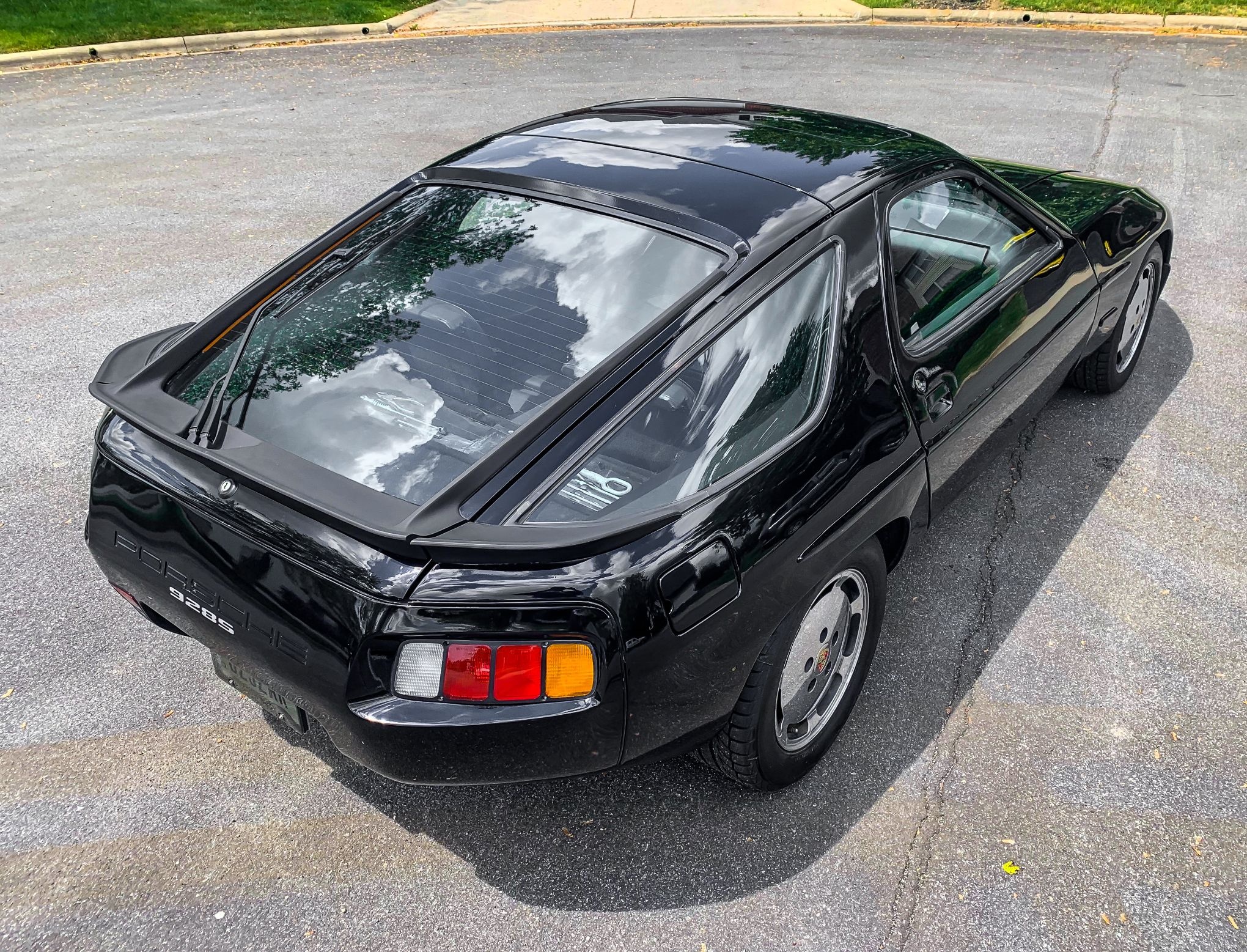 This 928 S is said to have been professionally refinished in Metallic Black w/Purple flake during the early 2000s.  The exterior is shown to be in nice condition with some minor road wear including a few scrapes on the center of the rear bumper (detailed images are available in the photo gallery).  The seller notes that 4 coats of CQuartz ceramic coating has been professionally applied under his ownership.  Exterior features include European-market lighting, distinctive pop-up headlights and factory polished wheels which are currently dressed in set of BFGoodrich tires dated from 2017. 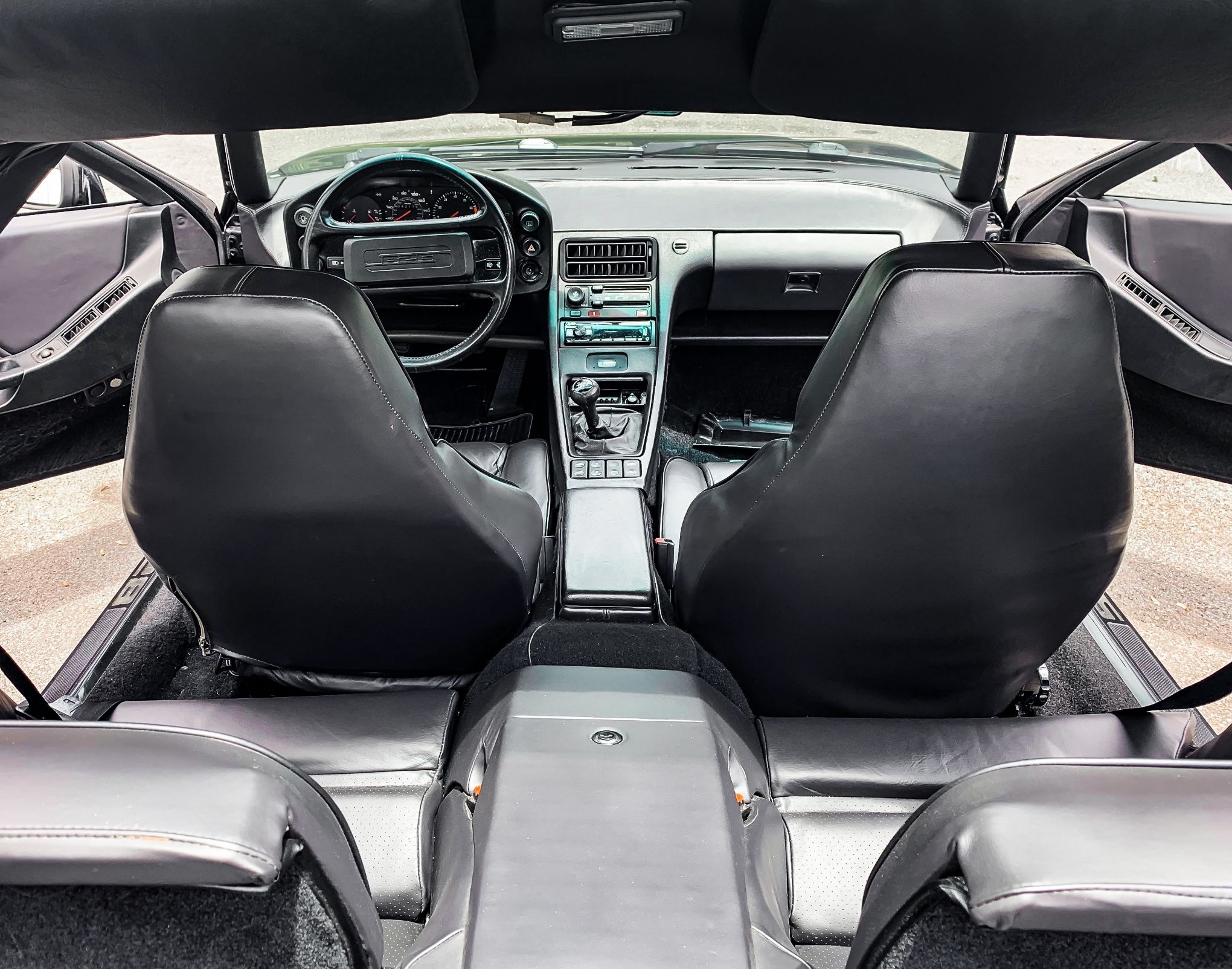 Representing one of the most luxurious grand tourers of its day, this 928 S is appointed with a comfortable gray leather interior featuring a wrapped leather dashboard, rear quarters and front and rear seats.  Other factory options include power windows, power seats, and air conditioning. This 928 has been equipped with an aftermarket Alpine head unit with Bluetooth and USB compatibility. The cabin is stated to be in great condition with all gauges, electrical components and accessories remaining fully functional, though the rear hatch release is not working at this time. 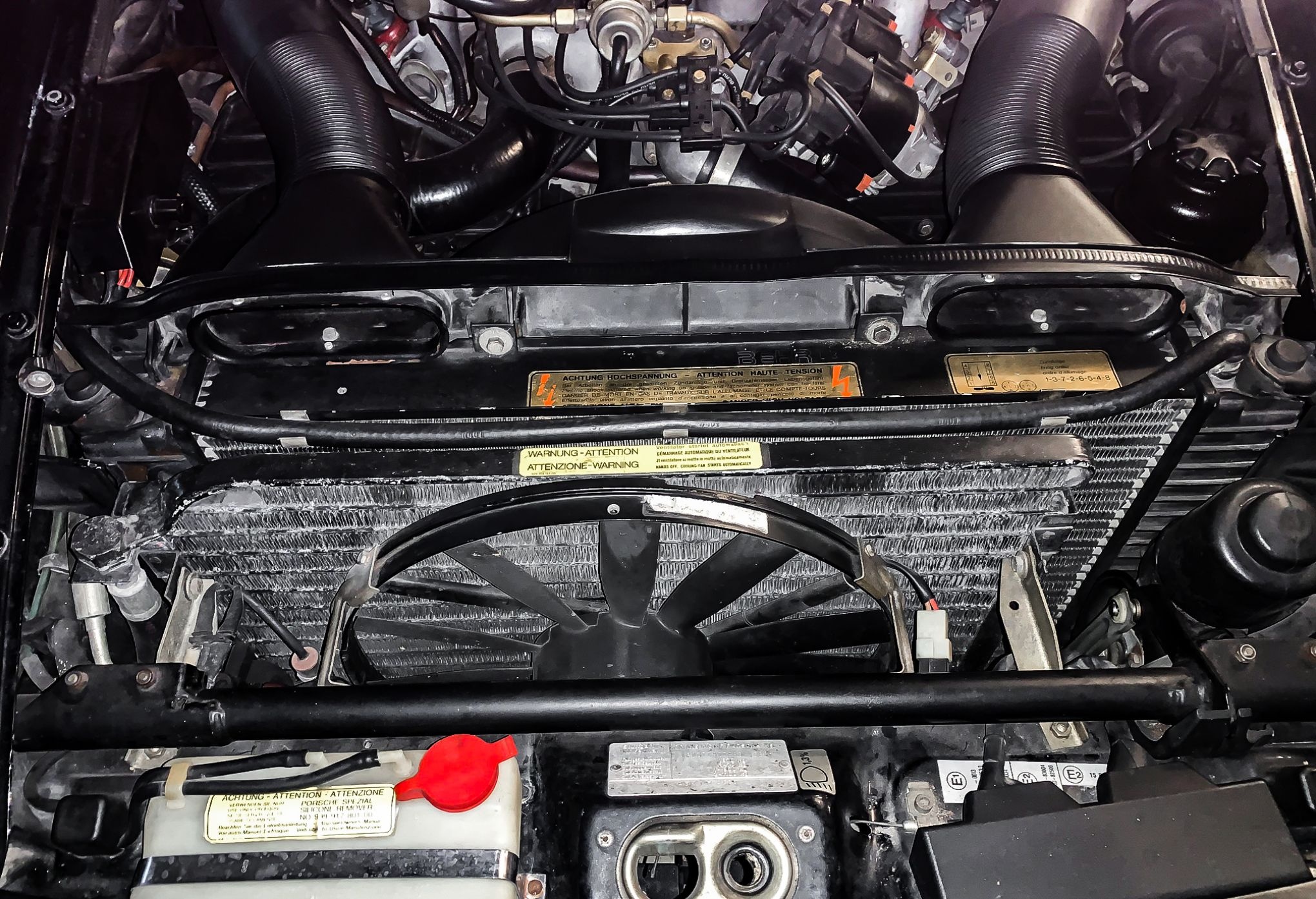 This 928 S is equipped with a higher-output European-market 4.7 L V8 engine rated at 310 HP and 295 lb.-ft of torque. The rear wheels are driven by way of a rebuilt and number’s matching 5-speed manual transmission making for a pure and authentic driving experience. Beginning in 2016, this 928 S underwent an extensive mechanical restoration which included the following maintenance items and upgrades:

This 928 S is stated to be up-to-date on all general maintenance accompanied by a collection of service records dating back to 1987.

The sale of this 928 S will include one key, original books and tools and a clean Carfax report.  The Carfax report does show a mileage inconsistency, though this may just be a clerical error.  Do not miss your chance to own one of the most iconic vintage grand touring cars of all time.