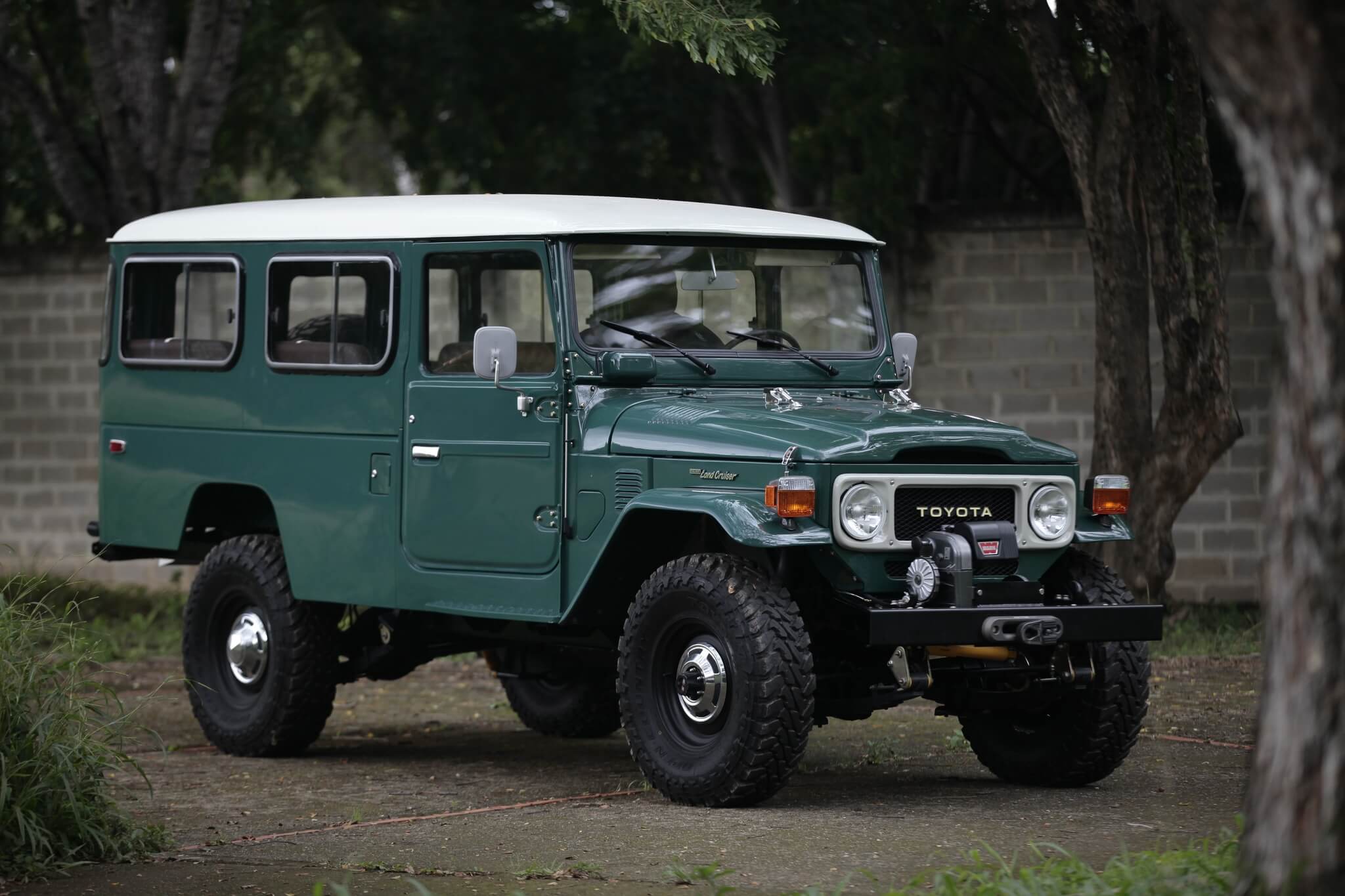 Produced from 1960 to 1984, the J40-series Toyota Land Cruiser features a rugged body-on-frame design that offers legendary reliability and off-road performance. Due to its extended cabin and rear seating arrangement, the long-wheelbase FJ45 variant earned the nickname “Troopy” for its use around the world as a military troop carrier. This final-year “Troopy” underwent a complete frame-off restoration courtesy of Luis Velosa in Caracas, Venezuela, including a full rebuild of its original 2F six-cylinder engine. It also received an upgraded suspension, winch system, custom front bumper, and modern sound system along with a heater and air conditioning. Restored with no expense spared and recently serviced by a Land Cruiser specialist, this Toyota is now being offered for auction showing approximately 500 kilometers. 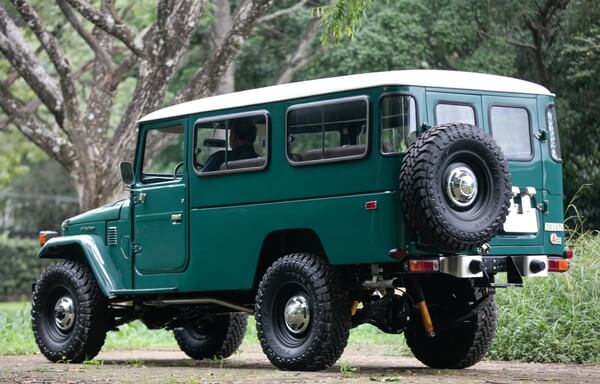 During the restoration, the body was separated from the frame and refinished in high-quality green PPG paint with a contrasting white roof panel. The exterior underwent a three-step polishing process and is adorned with a custom front bumper including a Warn 8274 winch, black synthetic rope, Factor 55 flat link, and Hawse Fairlead. This FJ45 rides on OEM Toyota 16” rims mounted with new Toyo MT tires including a full-size rear-mounted spare. 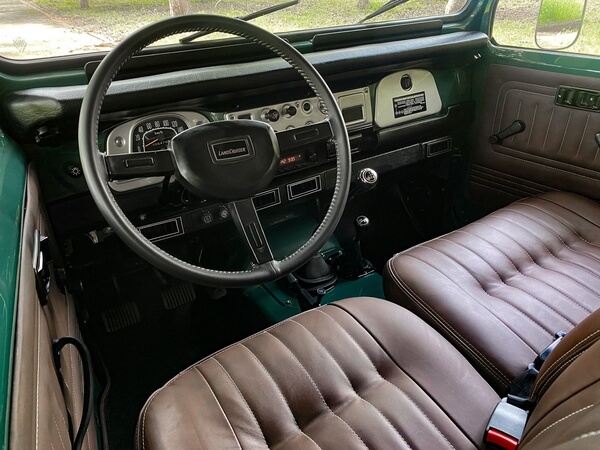 The interior has been restored to an OEM appearance using new brown leather upholstery. A custom heater and air conditioning system from Nostalgic A/C has been installed along with a new OEM glove box auxiliary lamp and a new Retro Manufacturing Bluetooth stereo paired with two custom installed Pioneer speakers. The seller reports all gauges and accessories to be working properly. 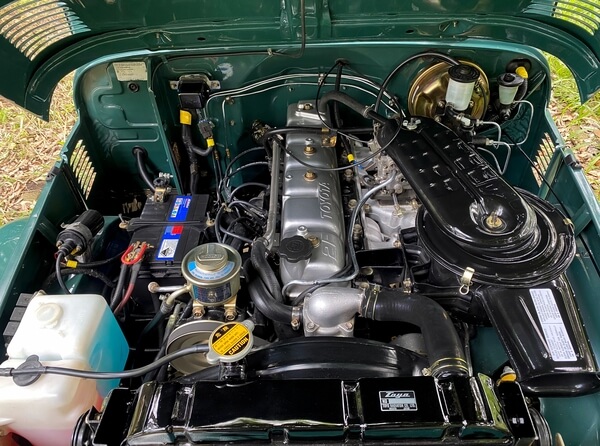 The original 2F 4230cc inline six-cylinder engine is said to have been fully rebuilt and mated to its numbers matching 4-speed manual gearbox during the restoration. The drivetrain was completely overhauled during this time along with the factory power steering and front disc brakes. An upgraded Old Man Emu suspension has been installed and a full service and inspection were completed by the marque experts at House of Cruisers in June 2022. 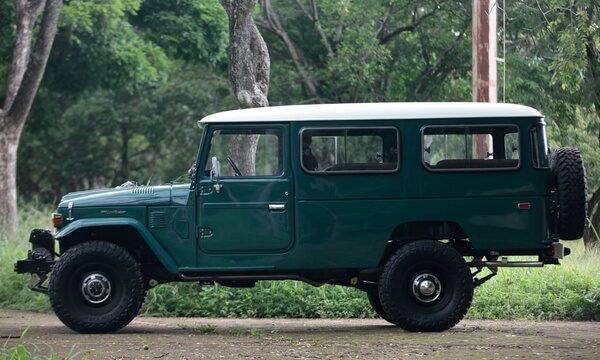