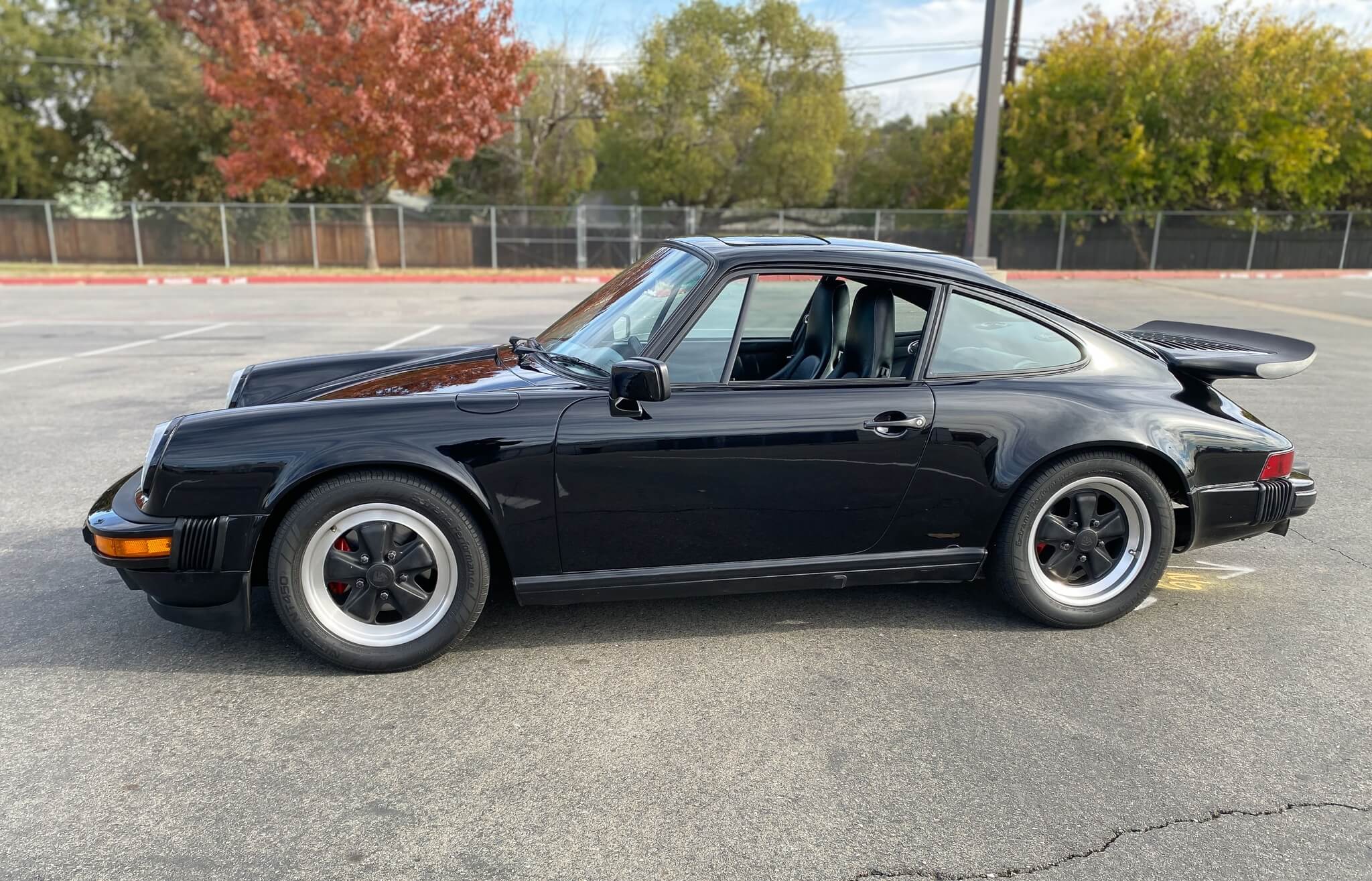 Available for auction is this 1985 Porsche 911 Carrera Coupe finished in Black over a black leather interior. Debuted in 1984, the 911 Carrera shared many of its visual cues with its immediate predecessor, the 911 SC, but received powerful upgrades beneath the shell including a larger 3.2-liter flat-six engine. In 1985, this example came generously optioned with a sunroof, Sport Seats, a limited-slip differential, 16” Fuchs wheels, front and rear spoilers, and Sport Shocks. The seller acquired this Carrera from an immediate family member who had been the car's long-term second owner for the majority of its life. Always garage-kept and meticulously cared for, this example is now being offered for auction out of California with approximately 72k miles on the odometer. 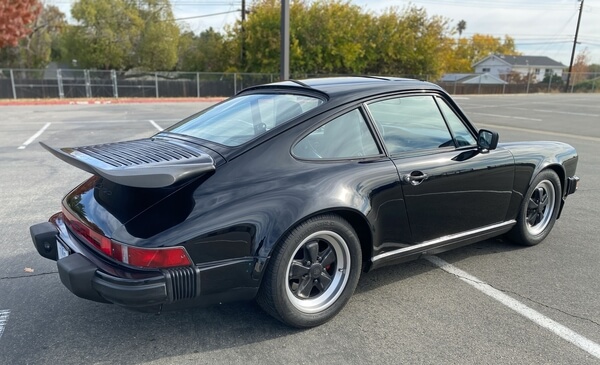 This example comes finished in non-metallic Black and features optional front and rear spoilers equipped from the factory. Optional 16” Fuchs forged alloy wheels are dressed in Nitto NT450 tires. The seller notes some minor imperfections throughout the exterior and that some paintwork was performed after minor damage to the front bumper, detailed images are provided in the gallery along with a CARFAX report showing an accident in 2004. 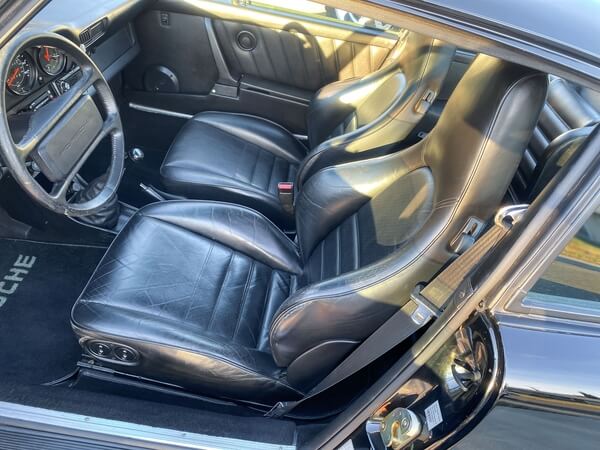 The cabin is appointed with black leather and features optional equipment including front Sport Seats, a sunroof, cruise control, and an alarm system. An aftermarket Pioneer radio has been installed, and the original radio is said to accompany the sale as well. The seller reports all gauges and electronics to be working properly, and that the air conditioning system was serviced in 2021. 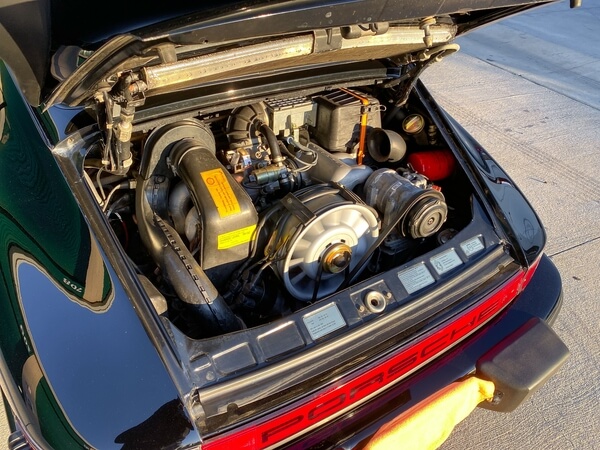 The 1985 Carrera is equipped with an air-cooled 3.2-liter flat-six engine paired with a 5-speed manual gearbox delivering up to 207 HP and 192 lb.-ft of torque to the rear wheels. An optional limited-slip differential and Sport Shocks were equipped from the factory while standard features include four-wheel independent suspension, rack and pinion steering, power-assisted brakes, and stabilizer bars at the front and rear. The seller adds that an engine-out service costing approximately $11k was performed in 2018 including a transmission rebuild, new brake lines, caliper refurbishment, new engine and gearbox mounts, and the installation of a K&N air filter. About 25 years' worth of service records will be included in the sale and are provided for reference in the photo gallery.

This sale will include extensive service records, owner’s manuals, a toolkit, and a clean title.