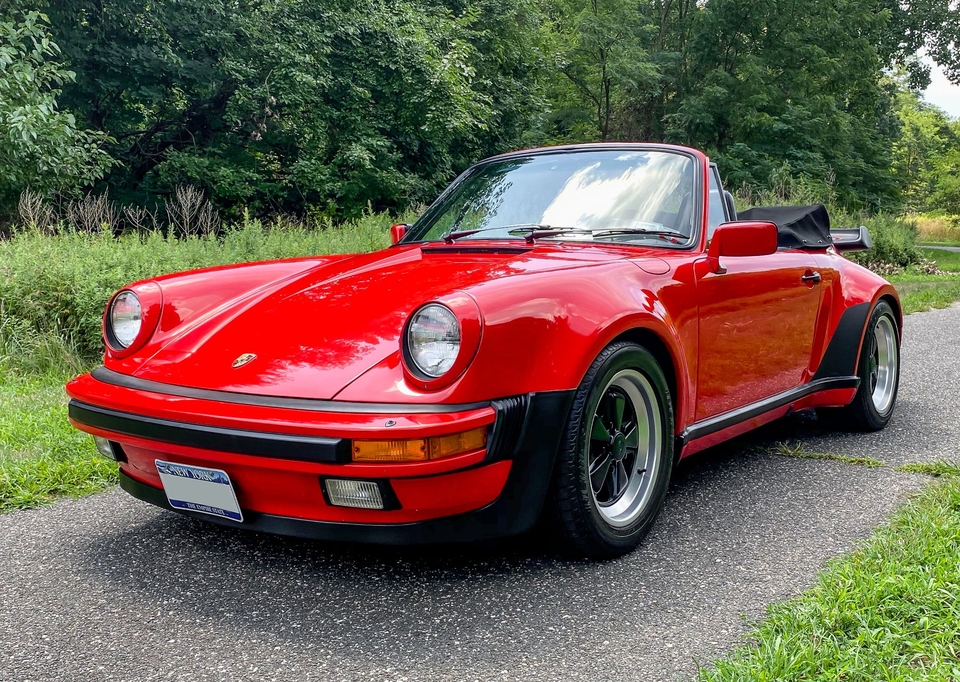 Up for auction is this nicely-presented 1985 Porsche Carrera Cabriolet Turbo Look finished in Guards Red over a black leather interior.  First offered in 1984, the M491 “Turbo Look” package gave customers the option to add the widened body styling, suspension and brakes of the Turbo model to a standard naturally aspirated Carrera.  Originally sold in Florida, this 1985 example was purchased by its current owner in 2006 with only a few thousand miles added since that time.  Reported to be in outstanding highly original condition, this factory Turbo Look Carrera is ready to be enjoyed by its next owner with approximately 72k miles showing on the odometer. 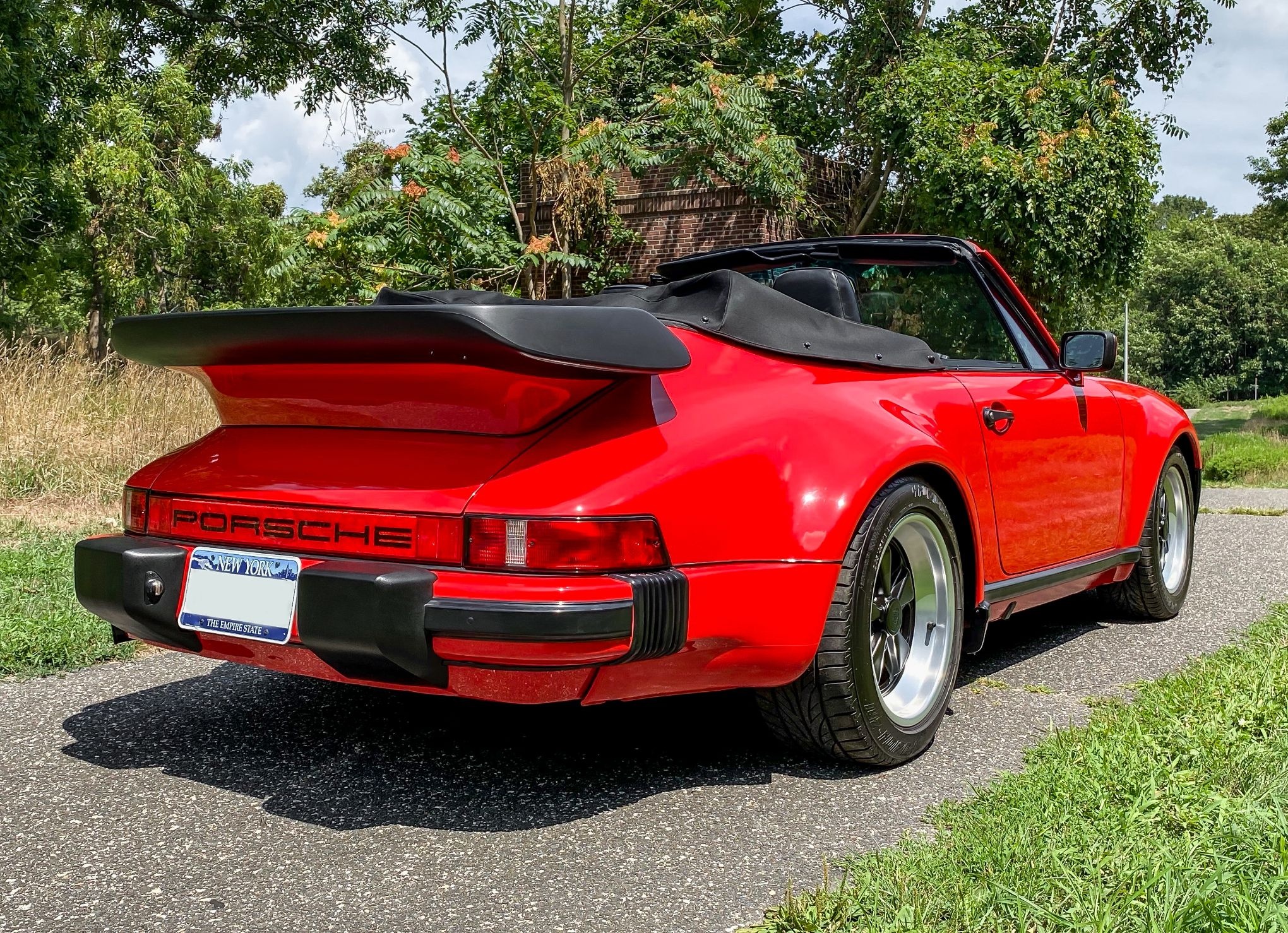 The Guard’s Red finish is noted to be in excellent condition and the black cabriolet top is also said to be in great shape.  A collection of detailed images has been provided in the photo gallery.  The optional M491 Turbo Look package adds widened front and rear fenders, a front spoiler extension and a distinctive tea-tray rear wing.  This Carrera features black stone guards and factory Fuchs wheels which have been professionally refinished to as-new standards. 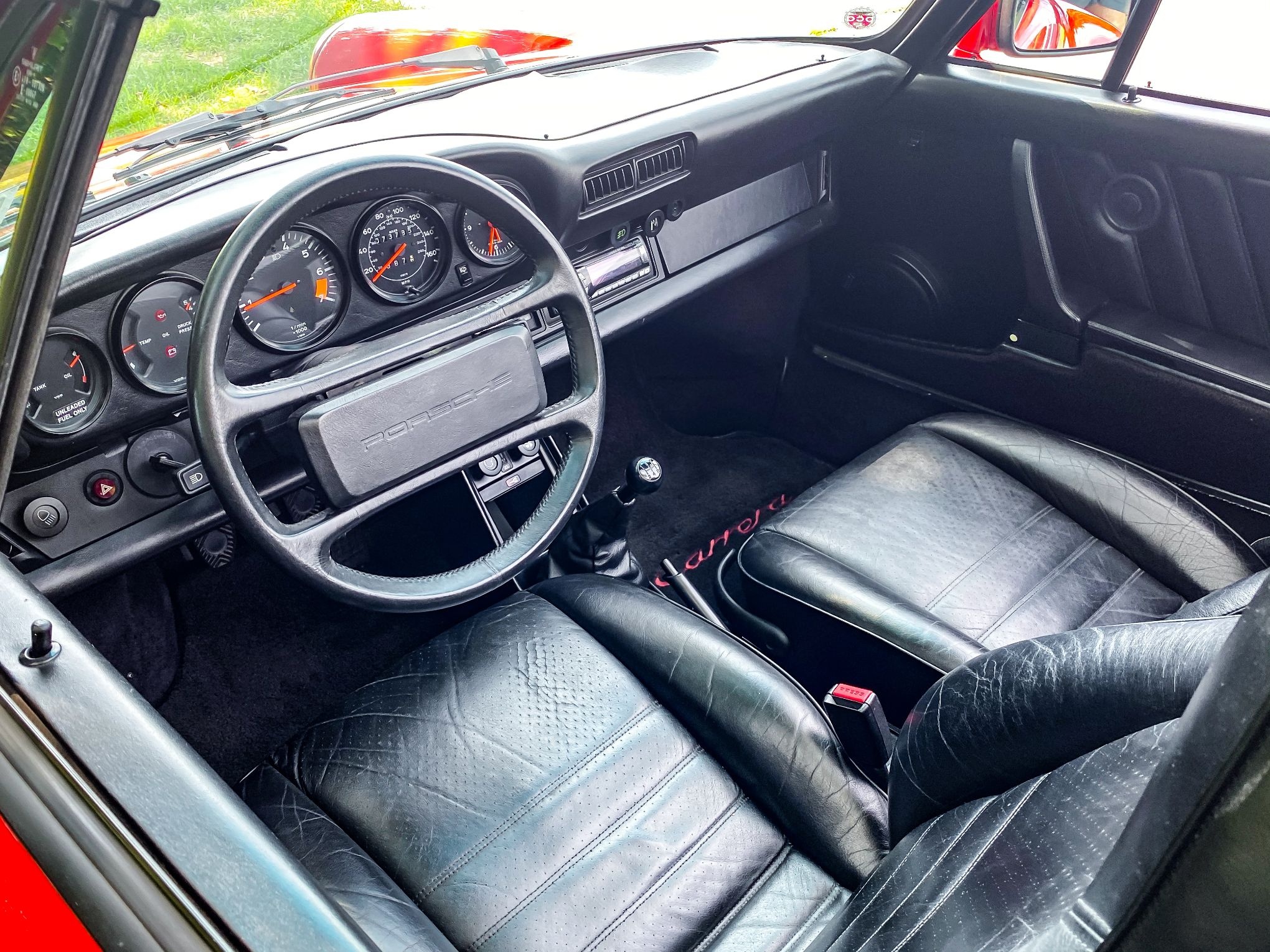 Inside, you will find a black leather interior with an upgraded Alpine radio.  The cabin is noted to be in fantastic condition and the seller confirms that the original radio will also be included in-sale.  All gauges, electrical components and accessories are reported to be fully functional. 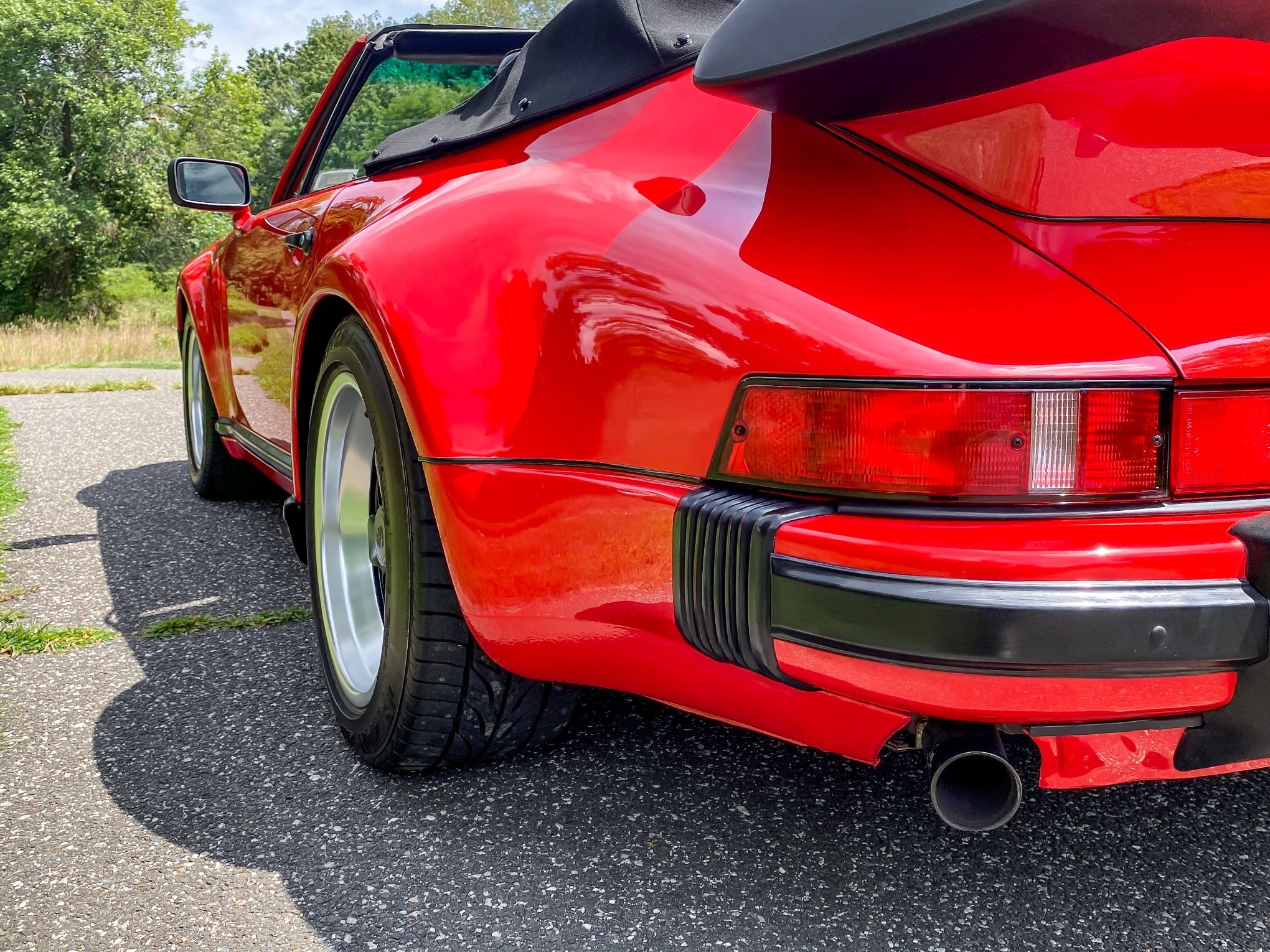 This Carrera is equipped with its original air-cooled 3.2 L flat-six engine which sends 207 HP to the rear wheels by way of a number’s matching 5-speed manual transmission.  The M491 package also adds Turbo-spec brakes and suspension providing for improved cornering and stopping power.  A straight pipe exhaust system and cat-delete have been installed for enhanced sound, although the original exhaust will be also included in-sale.  Routine maintenance has been performed and this 911 is stated to be in excellent running order.   The seller indicates that a fresh oil and filter change will be carried out prior to delivery.

The sale of this 911 will include the original books, tools and a set of two keys.  Do not miss out on your chance to own this factory Turbo Look Carrera Cabriolet. 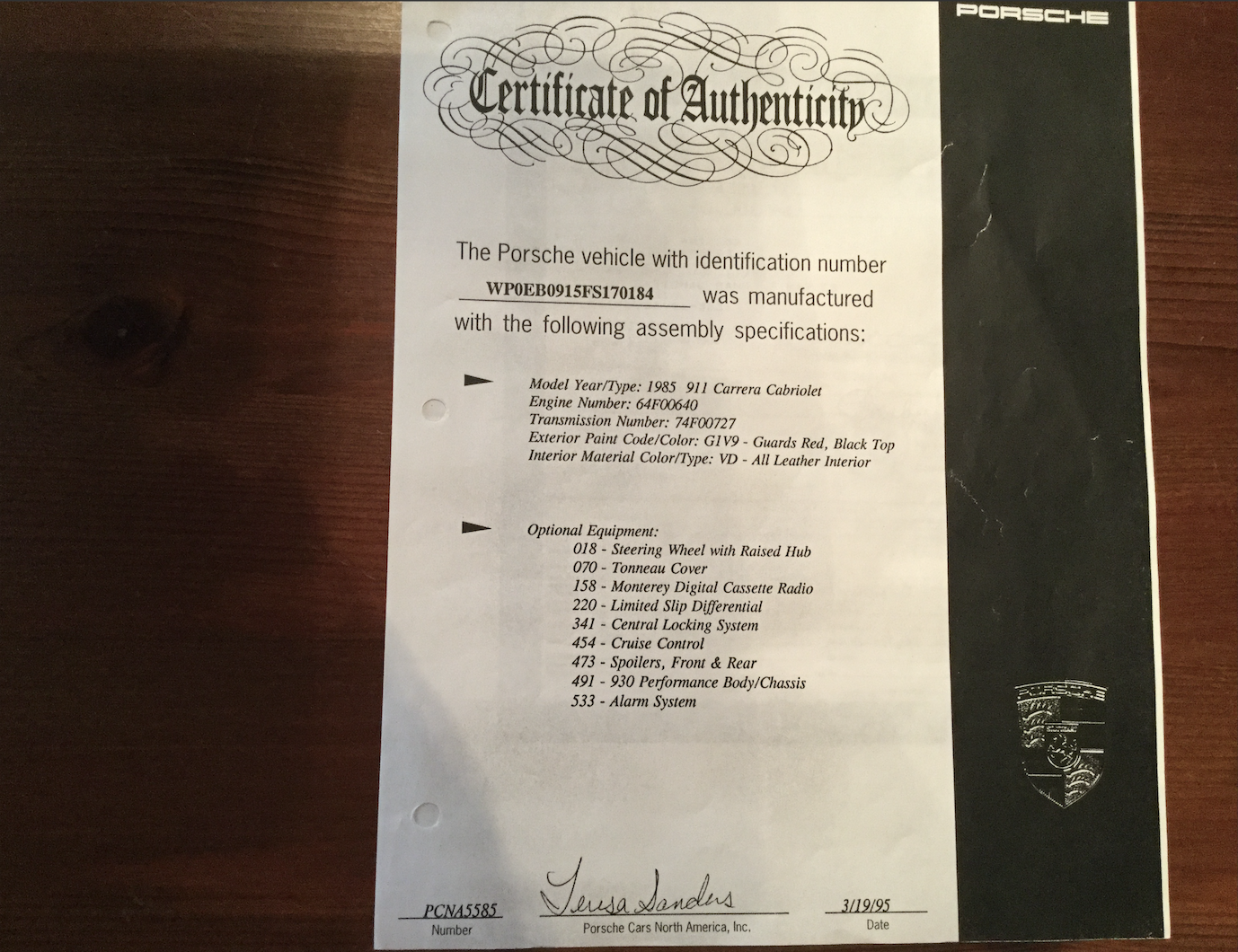