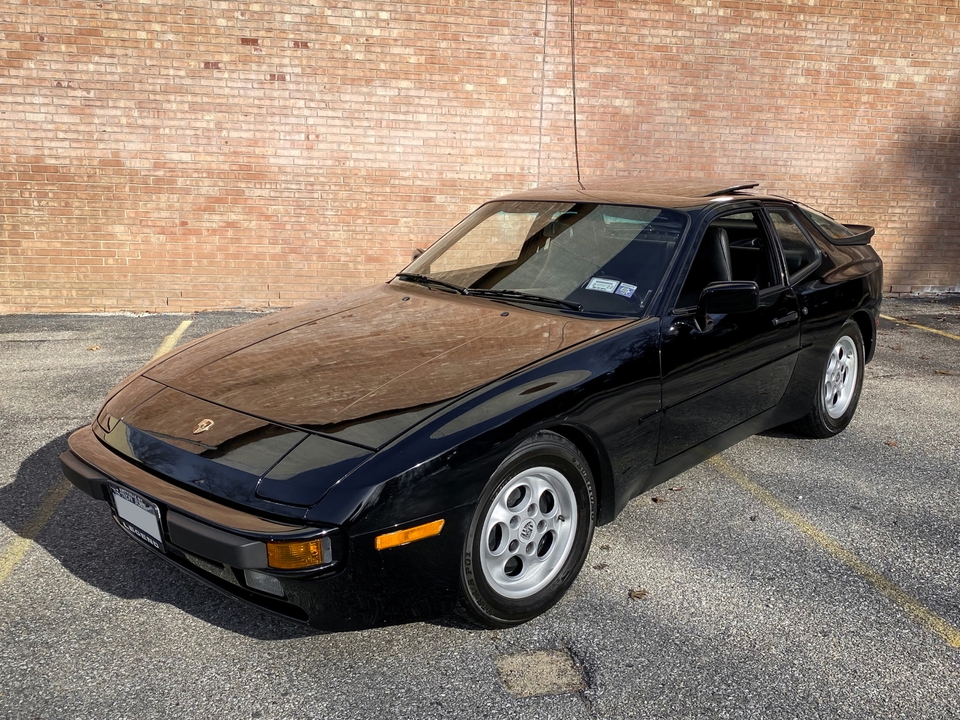 Now available for auction is this 1-owner 1985.5 Porsche 944 finished in Black over a black interior with Sport Seats.  Produced during the second phase of the 1985 model year, this 944 debuted many noteworthy changes including a redesigned interior, an upgraded alternator, improved suspension components, and revisions to the mounting of the transaxle.  This 5-speed example was purchased new by its owner from Porsche of Huntington and has traveled approximately 51k miles since.  Having undergone a timing belt service in the last 2k miles, this 944 is now being offered for auction by its original owner in New York accompanied by owner's manuals and a clean title. 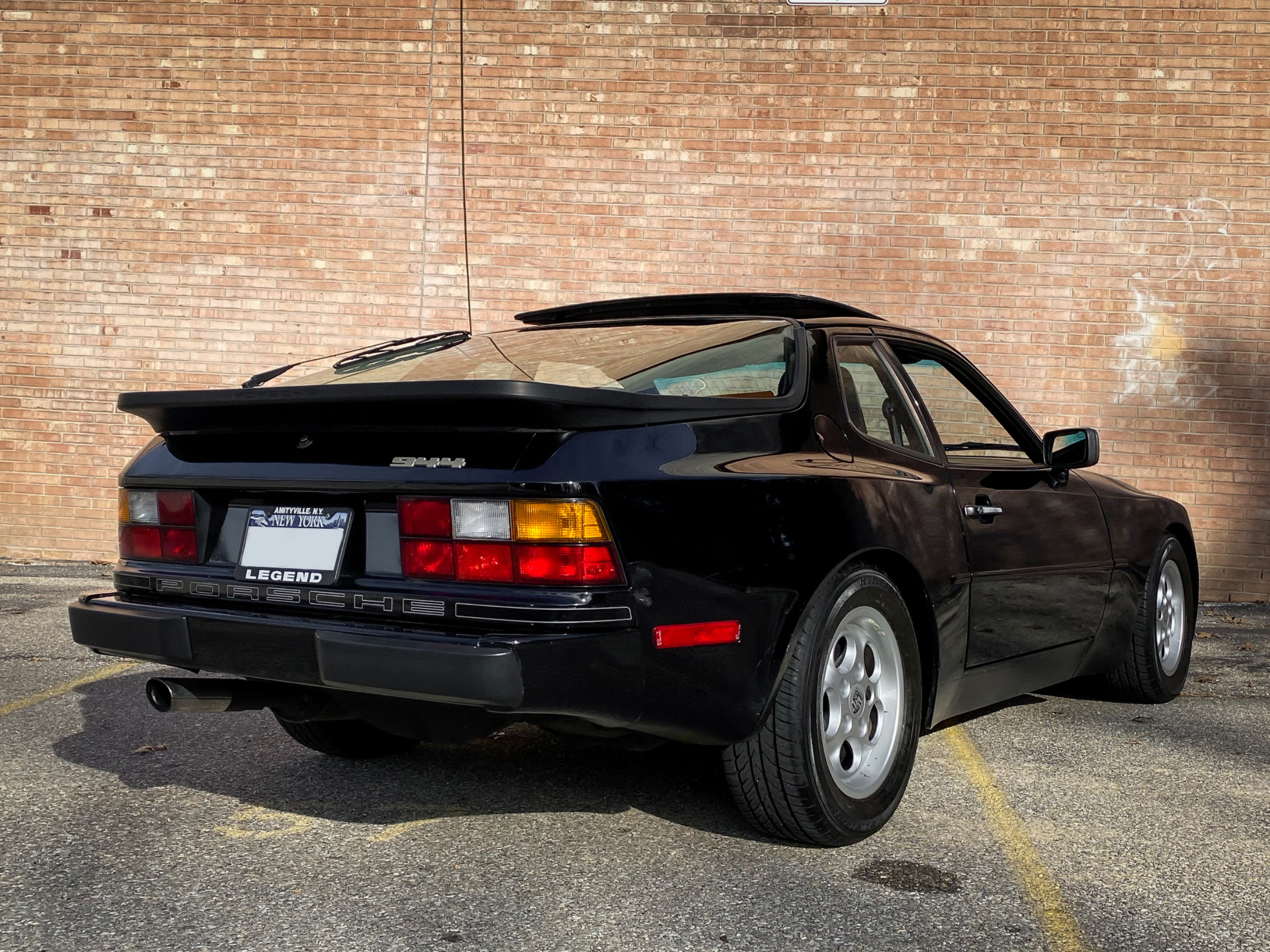 This 944 is said to have been entirely refinished in its original color of Black approximately 20 years ago in a base/clear coat.  The paint is said to remain in good condition overall with some minor road-going wear and imperfections noted throughout (detailed images are provided in the photo gallery).  CARFAX shows damage in 1986 that is reported as a "total loss", however, the seller recalls the accident to have been minor, only resulting in the refinishing of the right front fender. Detailed images and paint meter readings are provided in the photo gallery, and a clean title will accompany the sale.  This 944 remains original in its appearance with factory 15" Phone Dial wheels that were dressed in new Sumitomo tires within the last 1k miles. 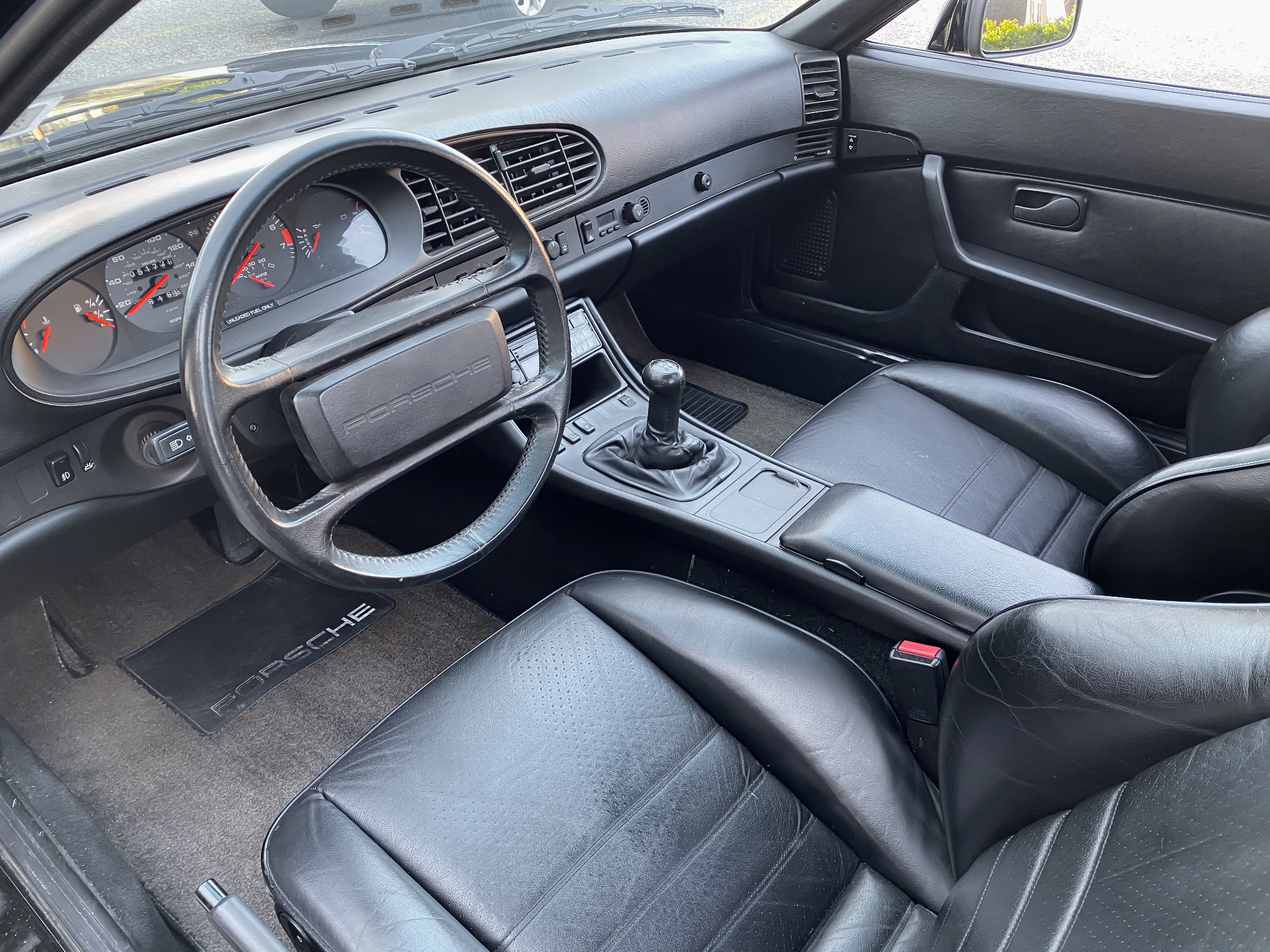 As a 1985.5 model, this 944 features a redesigned dashboard with larger air vents, revised switches, A/C and heating controls, and 4 round central instrument gauges.  This example is factory equipped with Sport Seats and the cabin is reported to be in very good condition, exhibiting only minor wear. An Alpine radio and subwoofer have been installed and the seller confirms all gauges and accessories to be fully functional.  The air conditioning will also likely need to be recharged according to the seller. 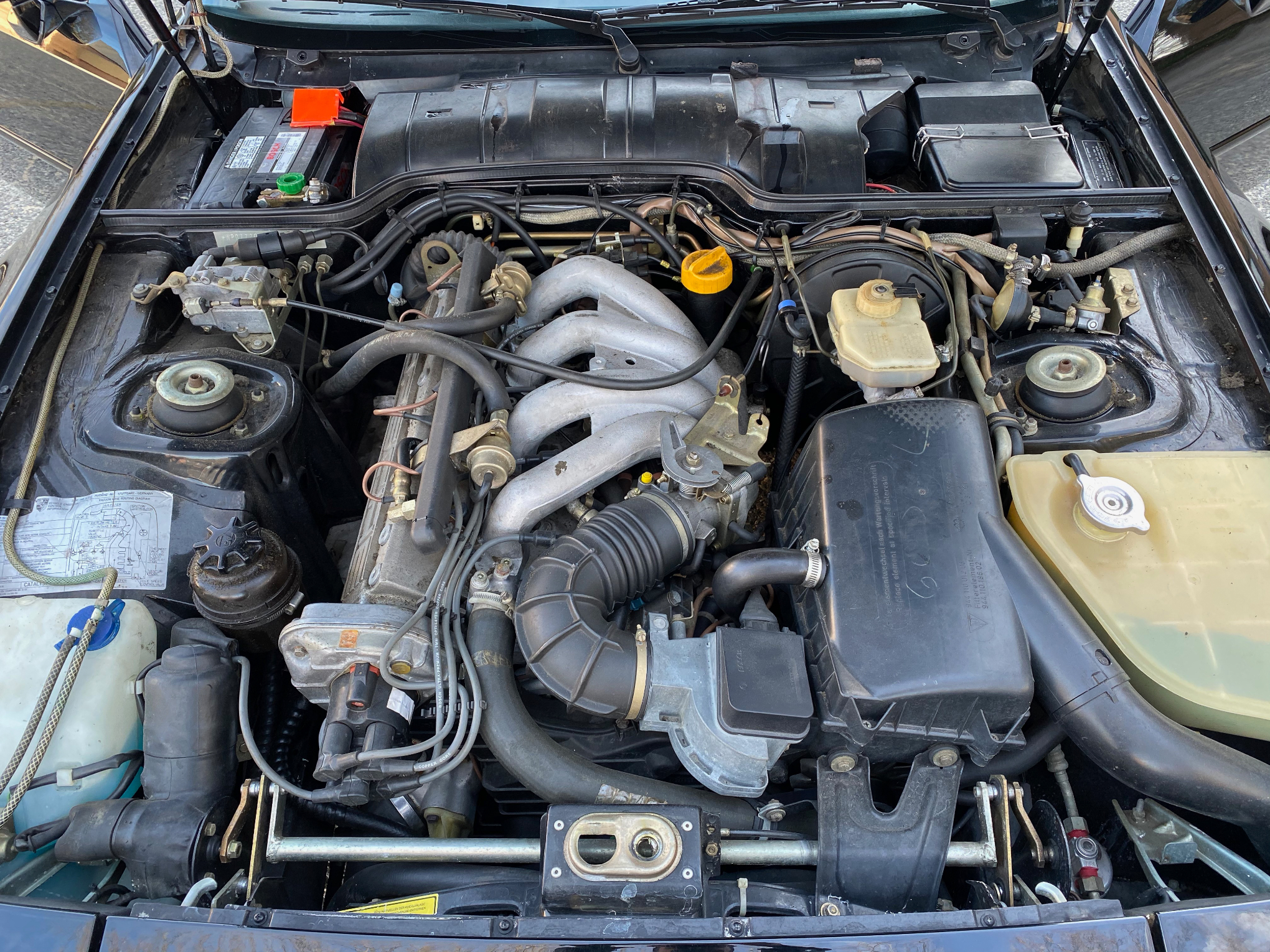 This 944 is powered by a naturally aspirated 2.5 L inline 4-cylinder engine which was updated with redesigned combustion chambers and modified cam profiles for the second phase of the 1985 model year.  Approximately 150 HP stock is delivered to the rear wheels through a 5-speed manual transaxle.  A performance engine chip is said to have been added many years ago and all routine maintenance is said to have been addressed including two timing belt services, the most recent of which was carried out within the last 2k miles.  Some service records are said to have been kept and this 944 is reported to be in great running order. 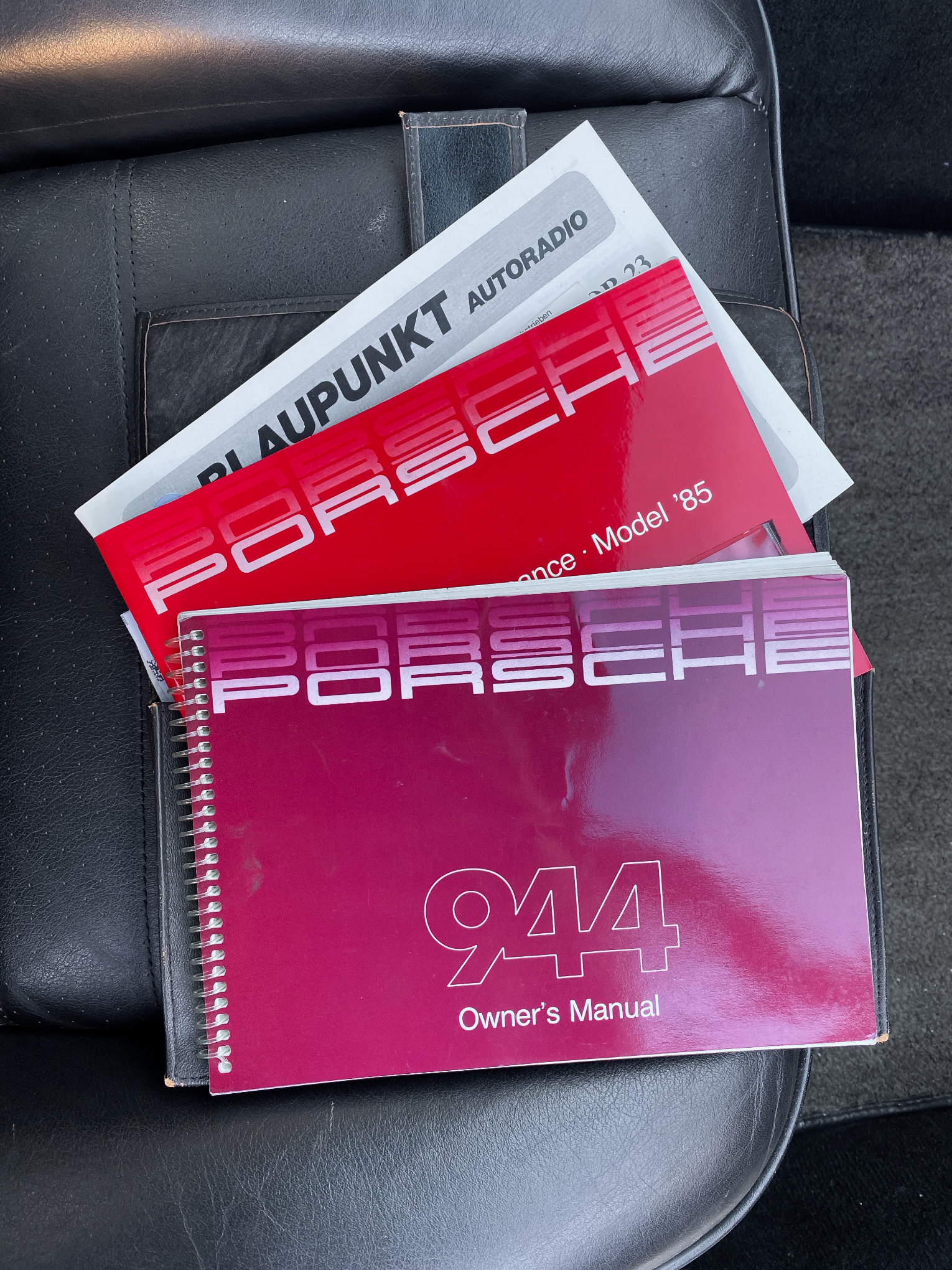 This sale will include original books, a spare tire, a jack, and a clean title. A well-maintained 1-owner example, this 5-speed 1985.5 944 is not to be overlooked.