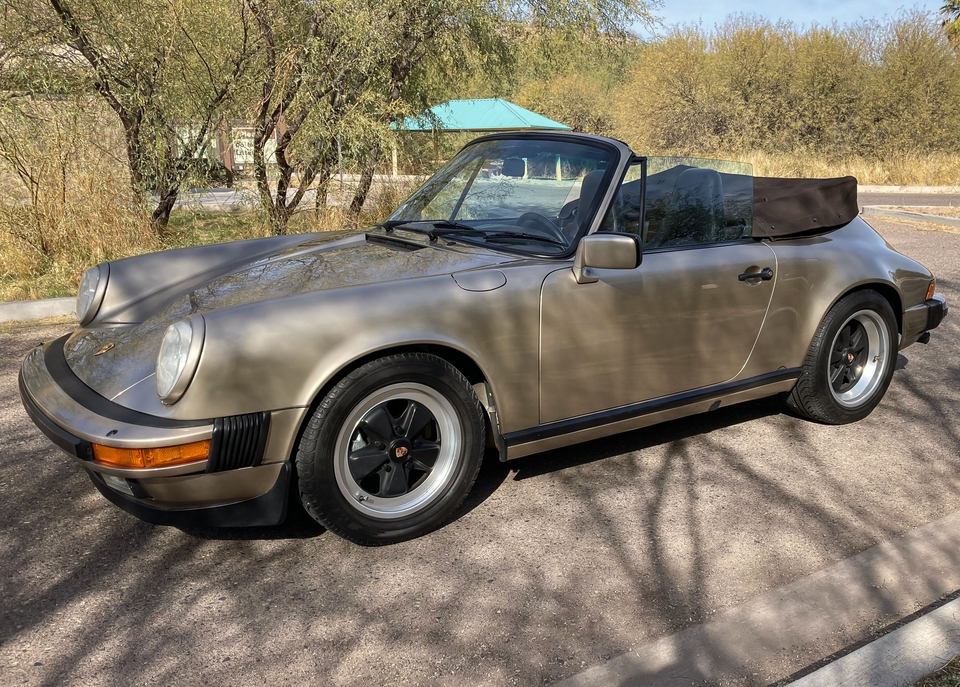 Up for auction is this 1986 Porsche 911 Carrera Cabriolet presented in White Gold Metallic over a Cadbury Brown interior.  This classic air-cooled Cabriolet highlights desirable factory Sport Seats and was acquired by the current owner in 2017, who had commissioned a full transmission rebuild and major service shortly after their purchase within the last 6k miles.  Currently showing just over 40k miles on the odometer, this highly original Carrera Cabriolet is being offered for auction by its current owner out of Arizona accompanied by the original tools, air compressor, a stamped warranty book, and a collection of records. 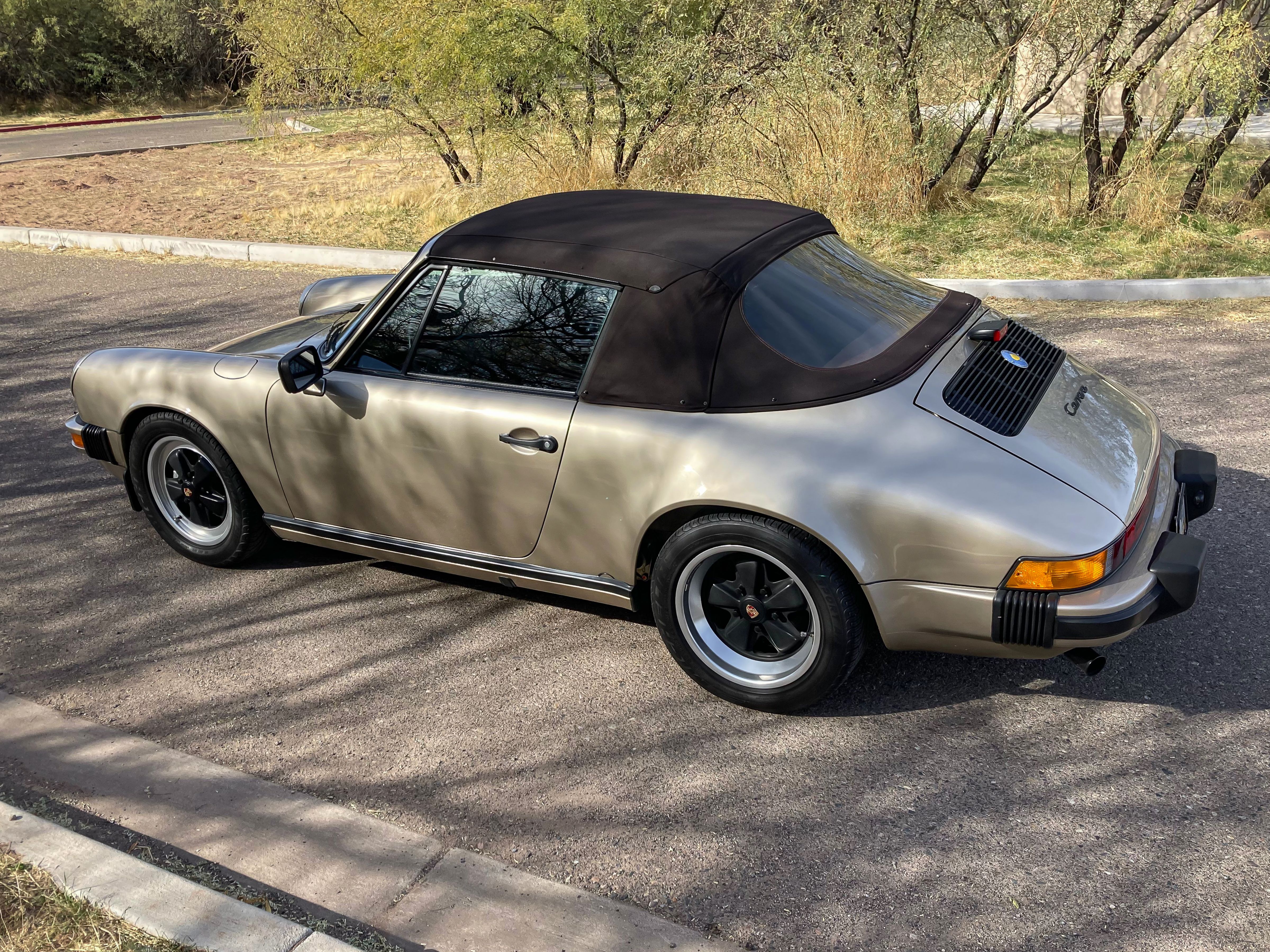 This 911 is finished in the special order color of White Gold Metallic with a brown cabriolet soft top and matching tonneau cover. Additional images are provided in the photo gallery along with a clean CARFAX.  The front valence was previously refinished, and an invoice from 2012 shows the lower front spoiler to have been replaced.  This example retains factory 16" Fuchs wheels with colored center crests and Michelin Pilot Sport A/S Plus tires that were installed approximately ten years ago. 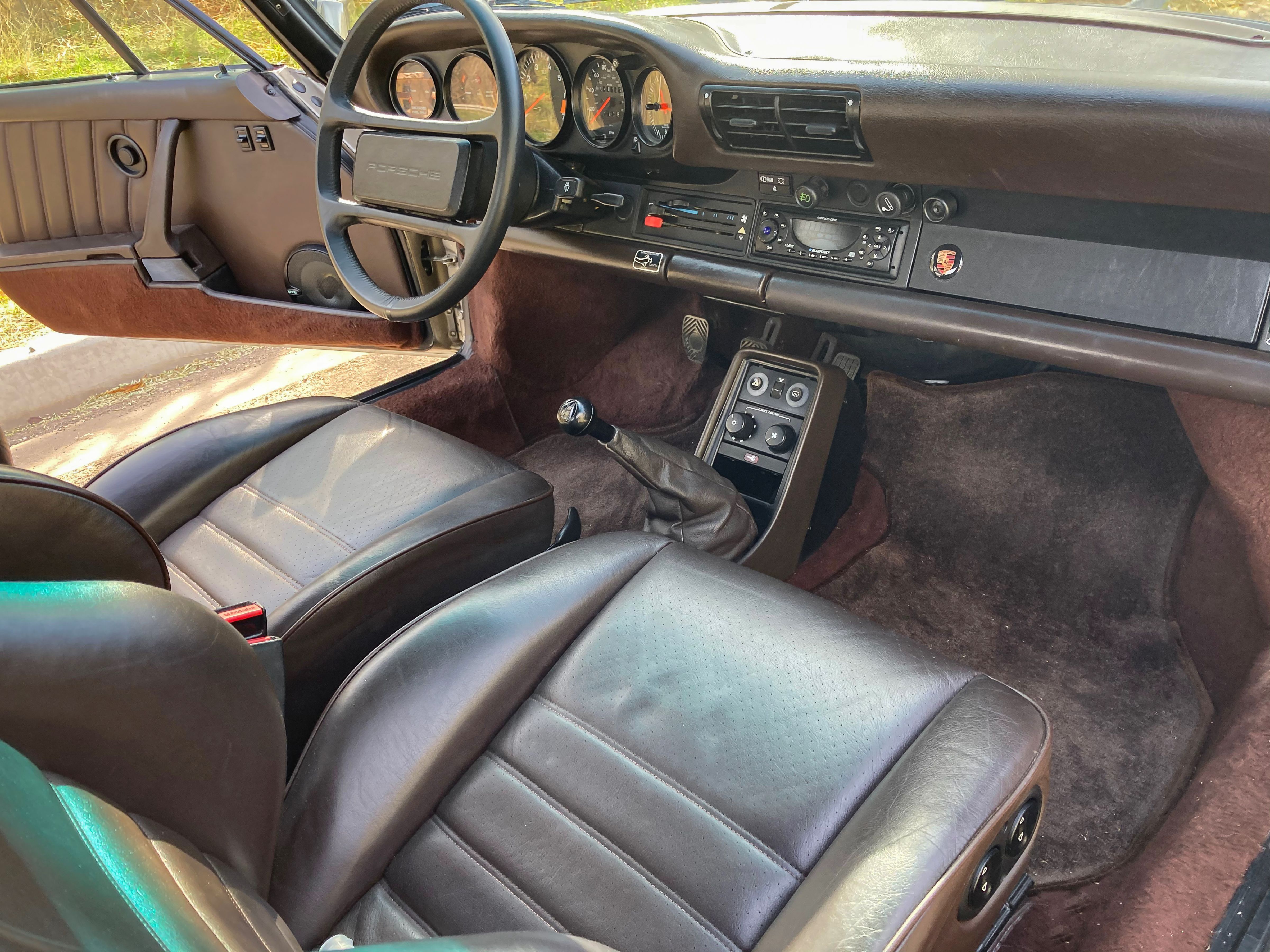 The exterior finish is complemented by a Cadbury Brown upholstered cabin featuring sought-after factory power Sport Seats and a raised-hub steering wheel  An updated Blaupunkt radio has been installed along with aftermarket speakers.  An invoice from 2016 shows the A/C to have been updated to R134a. 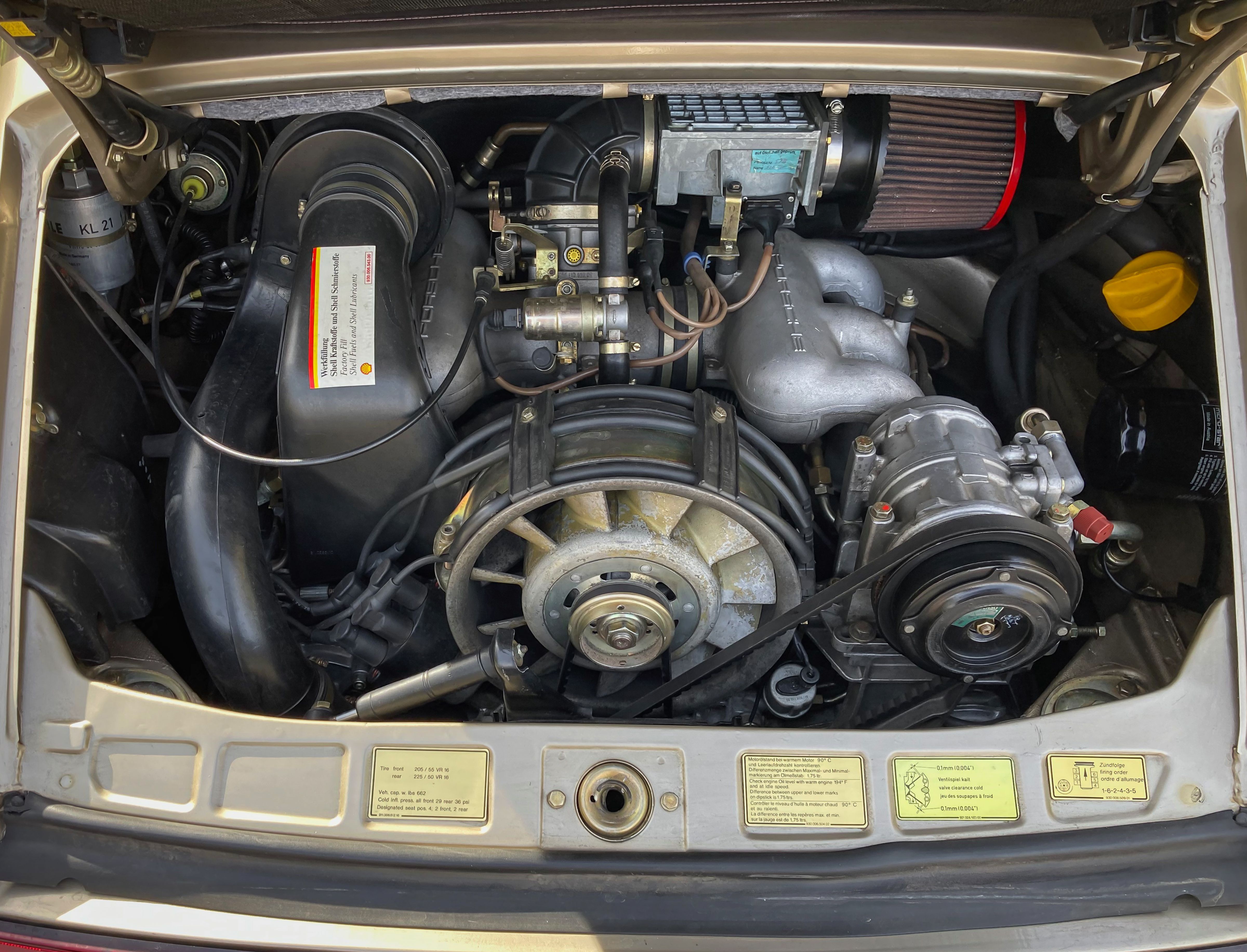 This Carrera is fitted with an air-cooled 3.2L flat-six engine that sends up to 207 HP to the rear wheels through a 5-speed 915 manual gearbox.  Shortly after the seller’s purchase in 2017, the car was brought to Storz Garage in Denver to undergo a major service including a transmission rebuild, valve adjustment, spark plugs, and fuel filter.  A 2012 invoice from Sport Classic and Competition shows a major engine-out service to have been performed including a new clutch assembly and resurfaced flywheel. Another 2016 invoice from SST Auto also shows the clutch cable to have been replaced along with both front brake calipers and the driver’s side window regulator.  An oil change has been carried out recently and supporting invoices are provided for reference in the photo gallery along with the seller’s handwritten maintenance summary. 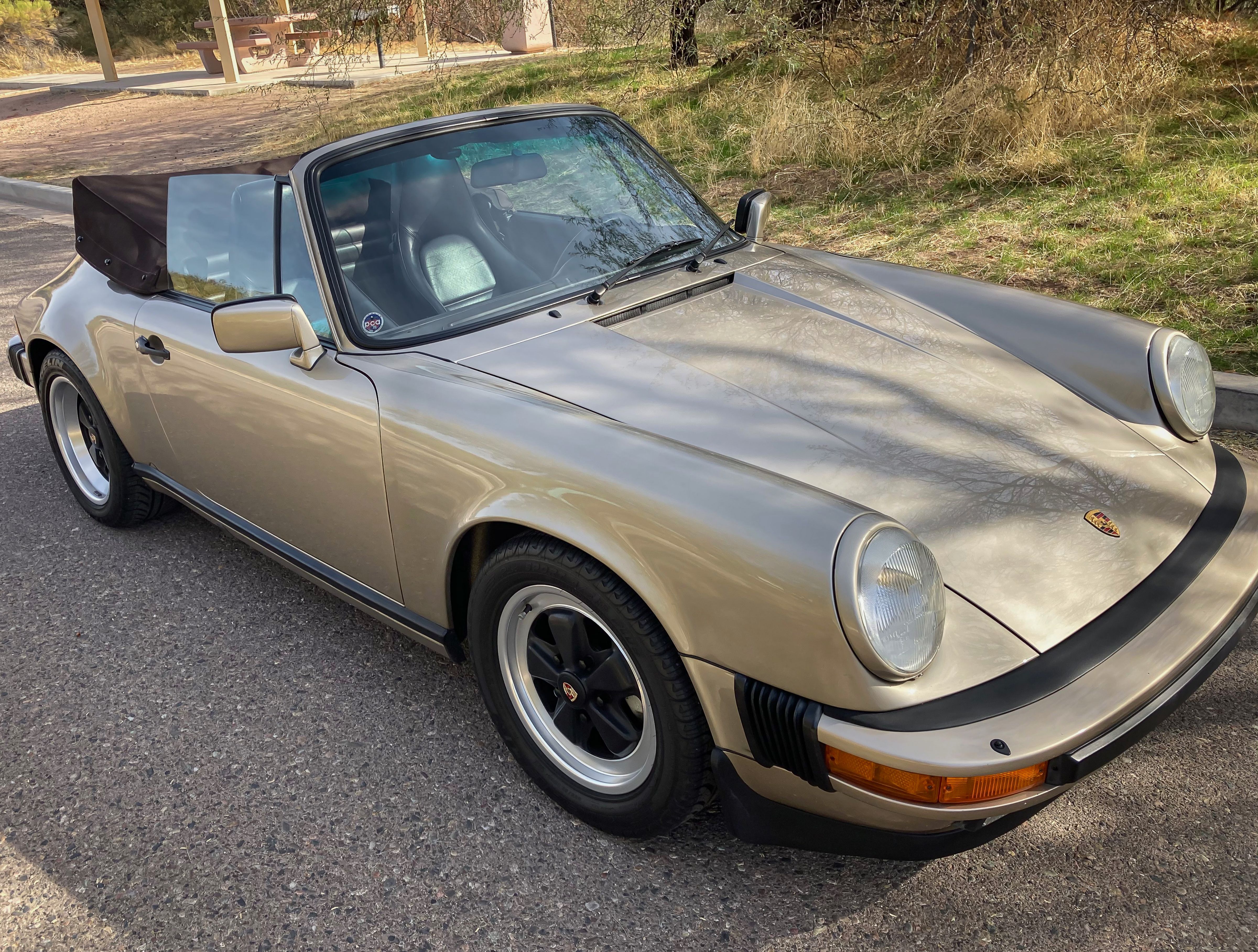 This sale will include a set of three keys, the original stamped warranty book, tools, an air compressor, spare tire, maintenance records, and a clean title.  A nicely appointed, low mileage Carrera with considerable service history, this 1986 example is not to be overlooked.