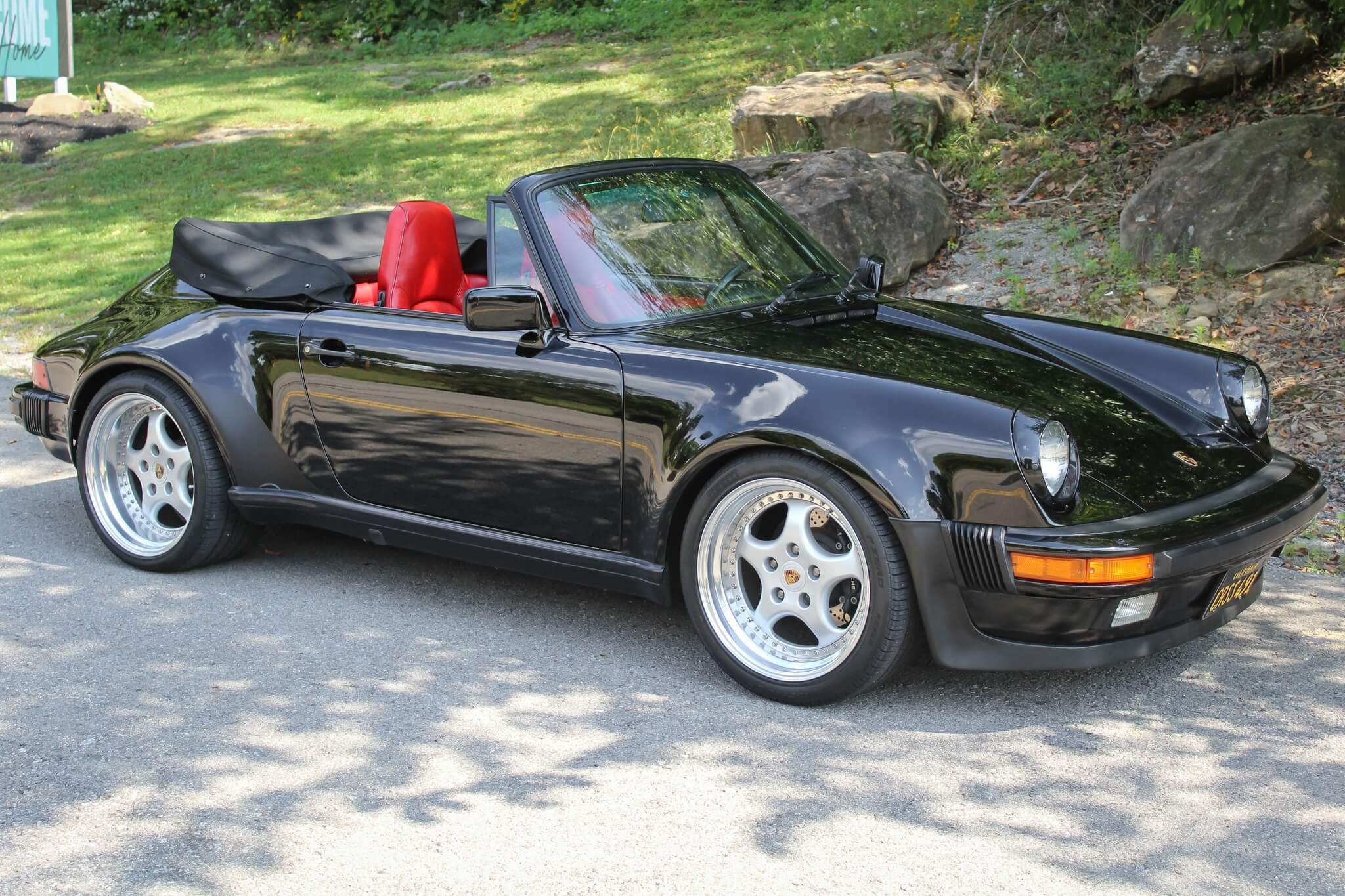 Up for auction is this 1986 Porsche 911 Carrera Cabriolet finished in Black.  Originally sold from a Porsche dealer in Grand Rapids, Michigan, this Carrera came optioned with a two-tone Cancan Red and Black Special Leather interior as well as the rare M491 Turbo Look package, which equips with wide bodywork, brakes, and suspension of the 930 Turbo model.  Per the Turbo-Look Register, only 226 North American Cabriolets were delivered with the M491 option in 1986.  After changing hands several times, this Carrera was eventually acquired by the current owner in 2014 out of a private collection in Ohio.  Having undergone a recent overhaul of the transmission, this rare and highly collectible M491 Cabriolet is being offered for auction by its seller out of Pennsylvania with approximately 55k miles showing on the odometer. 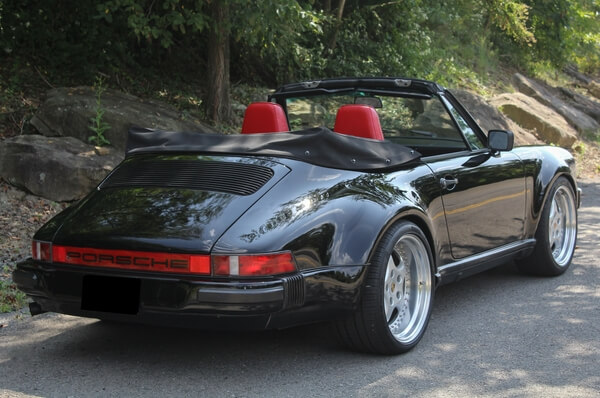 This 911 was ordered in nonmetallic Black (A1) with a matching cabriolet soft top and boot cover.  The M491 option equips the Carrera with wide fenders derived from the 930 Turbo along with a front air dam and Tea Tray rear spoiler.  A standard decklid has been installed on this example along with a European-style rear bumper, and the original Tea Tray spoiler is said to accompany the sale.  The seller notes one small ding on the rear decklid as well as a few minor tears in the cabriolet top, detailed images are provided in the gallery along with a clean CARFAX report.  This Cabriolet rides on a set of 18” Speedline-style three-piece wheels which were reportedly dressed in new Pirelli P Zero tires within the last 1k miles. 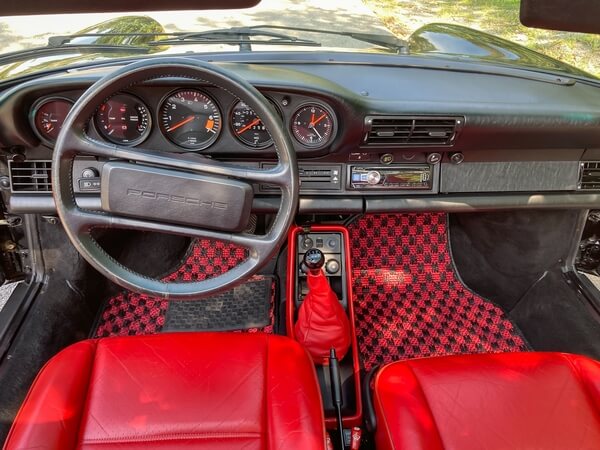 Inside, you will find a two-tone Cancan Red and Black Special Leather interior.  Factory options include cruise control and a steering wheel with a raised hub.  Red and black checkered Coco floor mats have been added as well as an upgraded Alpine radio.  The cabin is described to have been well preserved with minimal signs of wear present on the seats.  All gauges and accessories are said to be working properly apart from the clock, and the seller notes that the A/C does not blow cold at this time. 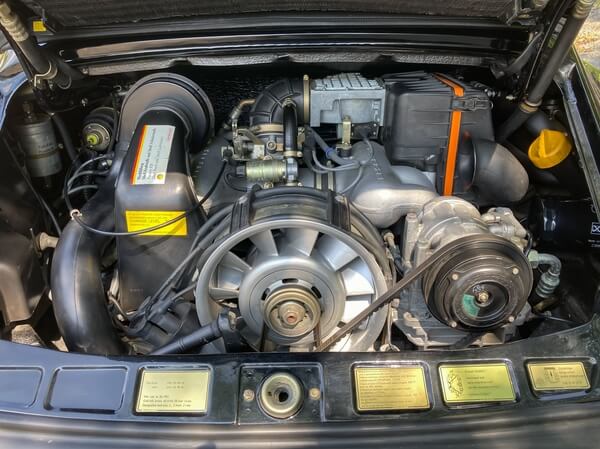 This 911 is equipped with an air-cooled 3.2L flat-six engine rated at 207 HP and 192 lb.-ft of torque.  The rear wheels are driven by way of a 915 5-speed manual transmission while stopping power is handled by Turbo-dervied fixed four-piston brakes and cross-drilled rotors included with the M491 package.  The M491 option also equips the suspension setup from Turbo which lowers the ride height and supplies a wider track along with stiffer rear torsion bars.  Within the last 3k miles, the gearbox is said to have been overhauled with new 1st and 2nd gears, a new clutch, and flywheel. The seller reports the rear wheel bearings to have also been replaced during this time. 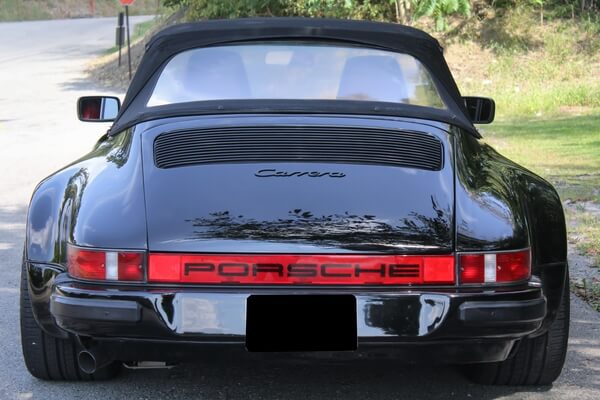 This sale will include a set of original keys, the original owner’s manuals, the original toolkit, spare tire, a Porsche Certificate of Authenticity, and a clean title.  A true collector’s item, this rare and beautifully appointed M491 Cabriolet awaits its next owner.