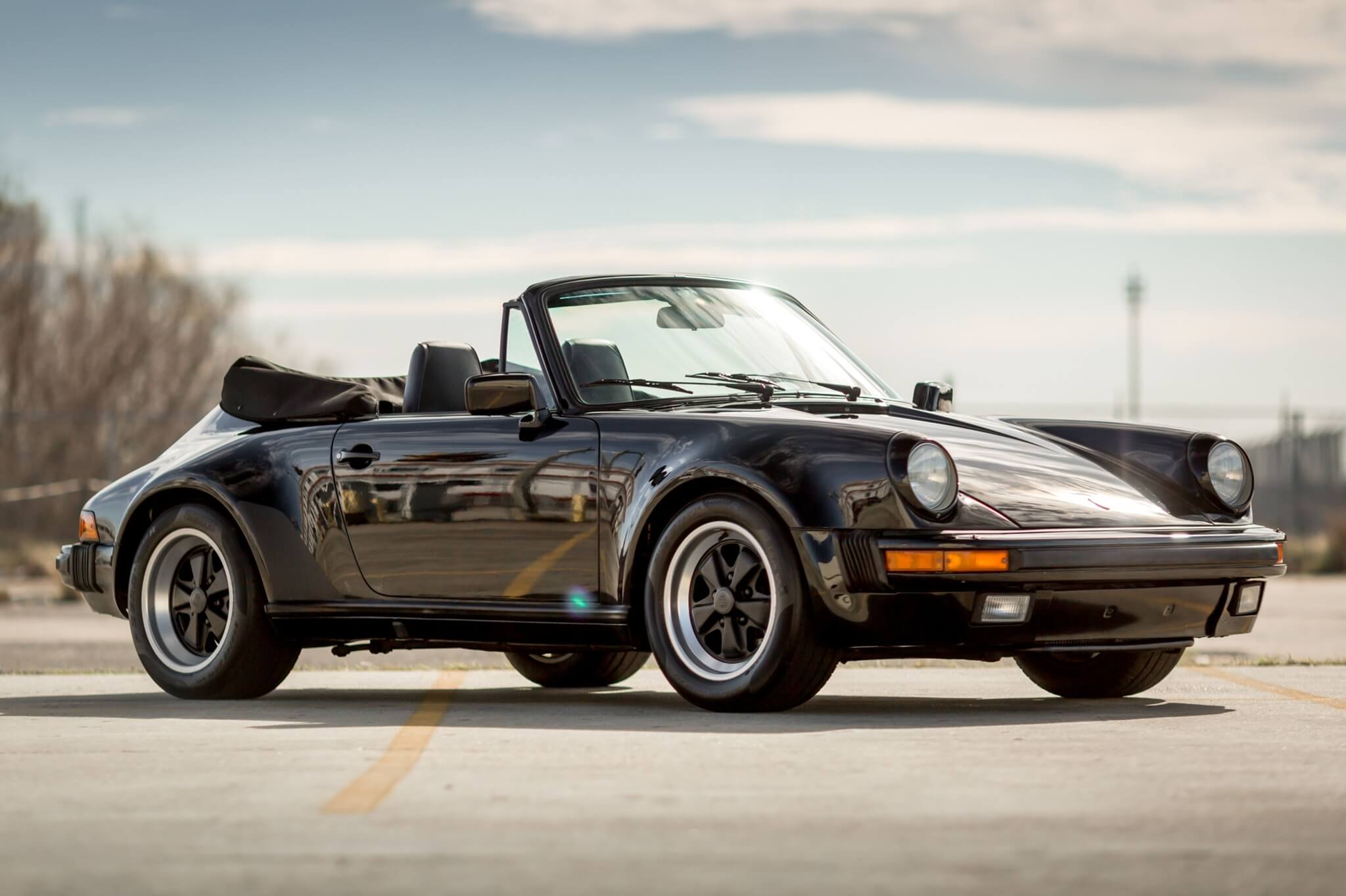 It is our pleasure to offer this highly collectible 1986 Porsche 911 Carrera Cabriolet M491/M470 finished in Black over a black partial leather interior.  Already representing one of the rarest variants of the 911 Carrera with its wide Turbo-derived fenders, brakes, and suspension, this particular M491 Cabriolet is further distinguished by its highly uncommon factory front and rear spoiler delete (M470).  Reported to have been under the longtime care of its original owner, NFL hall of fame legend Richard Dent, this 911 has since been recently acquired by the seller in September of 2020.  With nearly $10k invested on a recent major engine-out service, this rare numbers matching M491/M470 Cabriolet is now being offered for auction by its seller out of Louisiana while showing approximately 84k miles on the odometer. 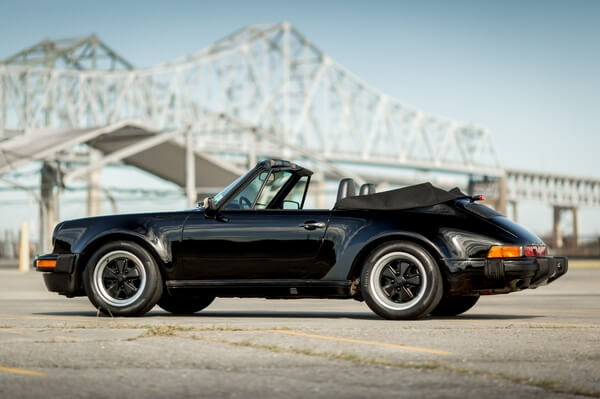 This Carrera is said to have been previously refinished, and the Black paint is said to remain in fantastic condition overall (detailed images are provided in the photo gallery).  Styled after the 911 Turbo, the optional M491 package adds widened fenders as well as Turbo style front and rear spoilers, although this example has been specified from the factory with option code M470 “Without Front & Rear Spoilers” making for a more understated appearance reminiscent of the 911 Speedster.  Since purchasing the car in 2020, the seller has fitted a new black tonneau cover along with a set of genuine Fuchs wheels dressed in new Pirelli P-Zero tires. 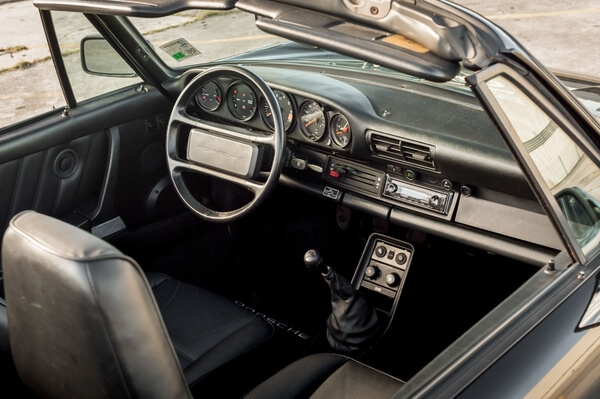 The impeccably well-preserved black partial leather interior is noted to be one of the vehicle's most impressive attributes.  New Lloyds floor mats have been recently added and an aftermarket Bluetooth stereo system has been integrated along with upgraded Rockford Fosgate speakers.  The Porsche Certificate of Authenticity lists factory options including a steering wheel with raised hub, shortened shift-lever travel, a central locking system, cruise control, and an alarm system. All gauges and accessories are said to be working properly. 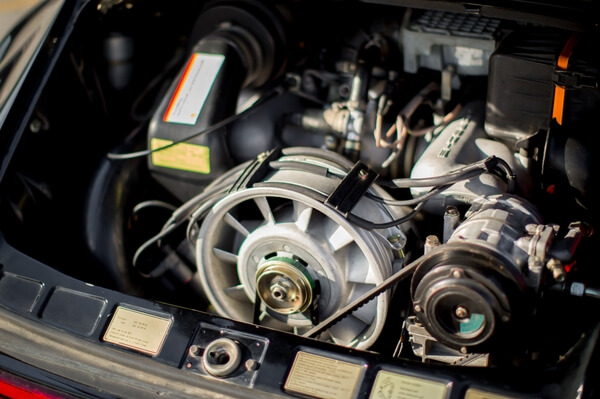 This 911 carries an air-cooled 3.2 L flat-six engine which sends 217 HP stock to the rear wheels by way of a numbers-matching 5-speed manual transmission.  Images of the drivetrain stampings and Porsche COA are provided in the photo gallery.  As part of the factory M491 package, this 911 was equipped with the same upgraded Brembo brakes and suspension setup from the Porsche 911 Turbo.  This example has also been upgraded with a B&B performance exhaust system and headers, and the seller states that the original catalyst exhaust system will be included in the sale.  Nearly $10k was invested in a recent major engine-out service which included a full overhaul of the gearbox amongst other noteworthy items.  A corresponding invoice is provided for reference and this 911 is said to run and drive beautifully. 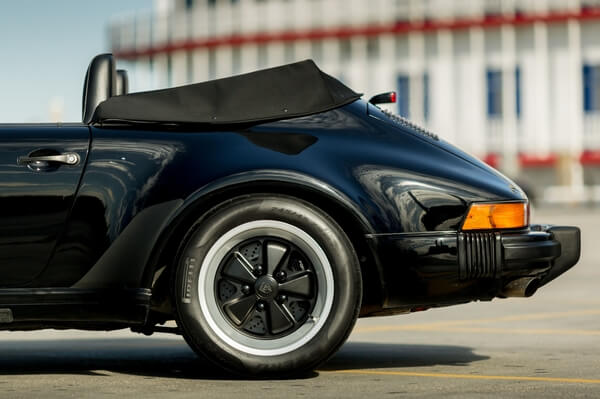 This sale will include a clean title, a Porsche Certificate of Authenticity, a recent service invoice, the original warranty and maintenance booklet, owner's manuals, and a spare tire. Do not miss out on this incredibly special opportunity to own this rare M491/M470 Cabriolet with factory spoiler deletes.