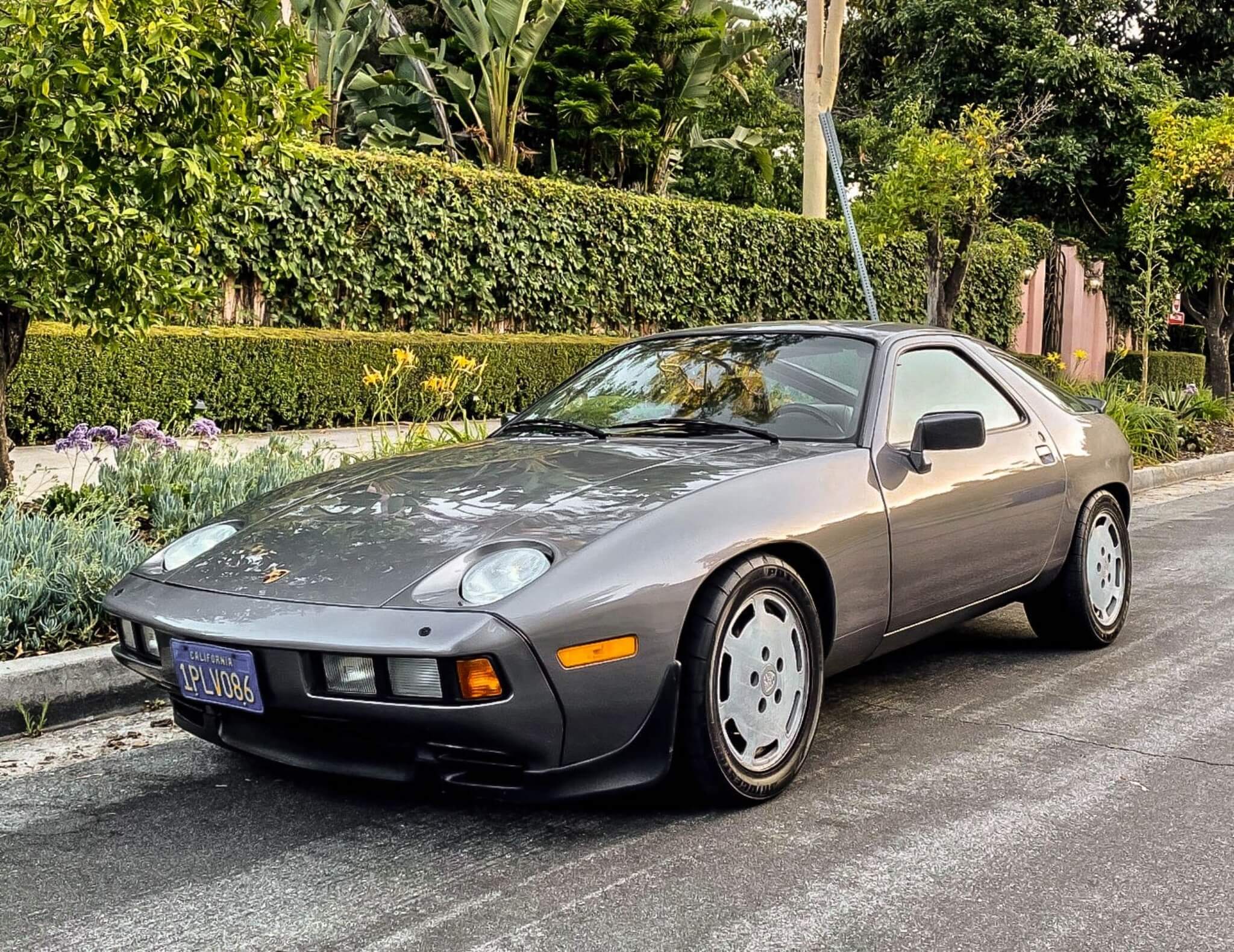 Available for auction at no reserve is this 1986 Porsche 928 S finished in Meteor Grey Metallic over a Grey Beige leather interior with pinstripe velour seat inserts. Believed to be a lifelong California car, this 928 S was acquired by the current owner in 2017 and subsequently treated to over $18k worth of refurbishment including a timing belt and water pump replacement by Porsche Santa Clarita. A major top-end engine refresh was also carried out by a prior owner in 2015 with over $5k worth of parts used. Previously listed on PCARMARKET in July of 2020, this 928 S remains under the care of its owner in Southern California and is now being offered for auction with approximately 124k miles showing on the odometer. 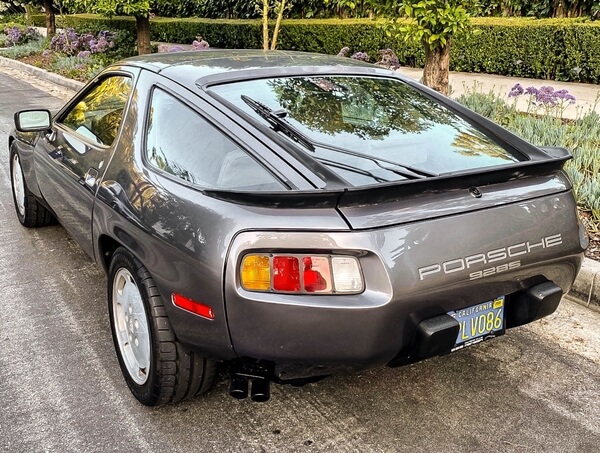 This 928 S came finished in Meteor Grey Metallic (Y5), designated as a special order color by the "L999" code on its factory specifications label. Compared to the standard 928 model, the 928 S can be identified by its black polyurethane front and rear spoilers. The seller reports the front and rear bumpers were refinished during their ownership along with the replacement of the mirrors with period-correct units. Some small imperfections are noted throughout the exterior and the seller reports ceramic coating and paint correction was carried out in 2019, detailed images are provided in the gallery along with a clean CARFAX report. This example rides on OEM 928 S4 “Manhole Cover” wheels, which come dressed in a set of Bridgestone Potenza RE11 tires dated from 2017 and 13mm wheel spacers for a more aggressive stance. 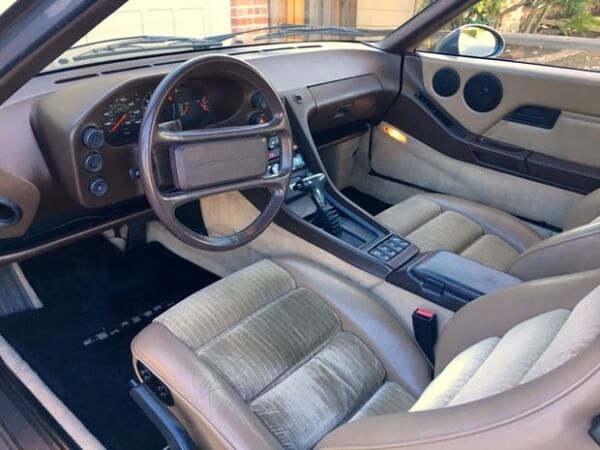 The cabin is trimmed in a desirable combination of Grey Beige leather with matching carpets, pinstripe velour seat inserts, and a brown dashboard. Factory equipment includes California Emissions, a high-speed engine cooling fan, HiFi Sound System, Amplifier System, an alarm system, high-output air conditioning, and an electric sliding sunroof. A vintage integrated Valentine One radar detector is equipped and the seller has installed an upgraded Porsche Classic radio. Some cracks are noted on the dashboard near the defroster vents and signs of wear are present on the driver seat. 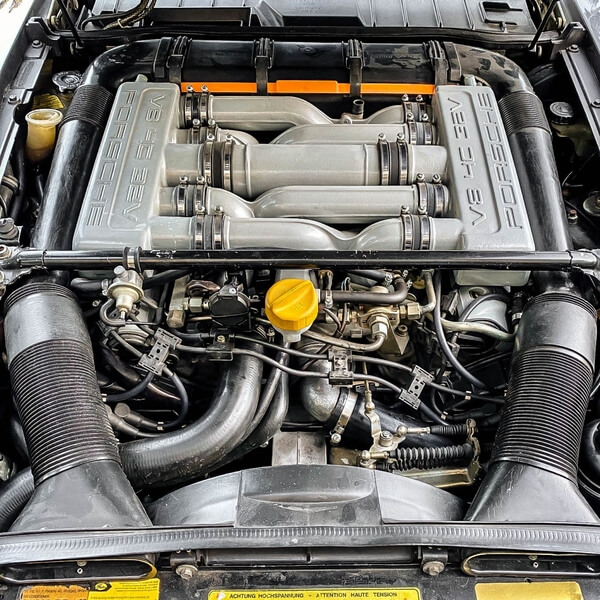 Power comes from a 5.0L 32-valve V8 engine mated to a 4-speed automatic transaxle, sending as much as 288 HP and 295 lb.-ft of torque to the rear wheels. A major top-end engine refresh was performed under prior ownership in 2015 including new rubber hoses, vacuum lines, fuel lines, cleaned and rebuilt fuel injectors, a rebuild of the mass airflow sensor, a new throttle position switch, and powder coating of the intake manifold plenums and runners.  More recently in June of 2020, the current owner commissioned a full service at Porsche Santa Clarita including replacement of the timing belt and water pump. 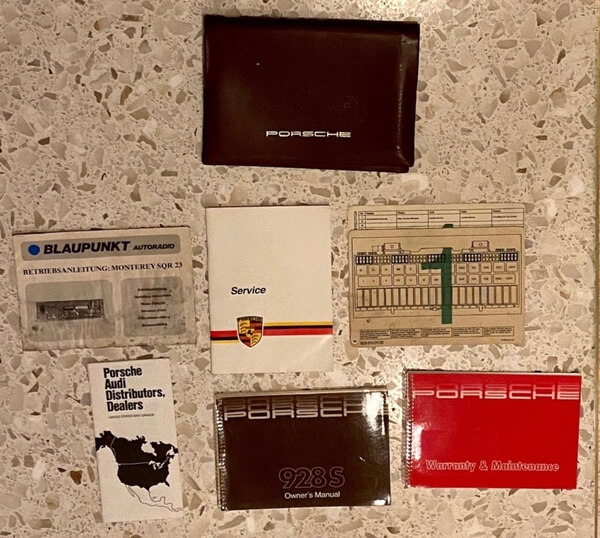 This sale will include a Porsche Certificate of Authenticity, original owner's manuals, service records, and a clean title. Offered at no reserve, this handsome 928 S is ready to begin its journey with a new caretaker.