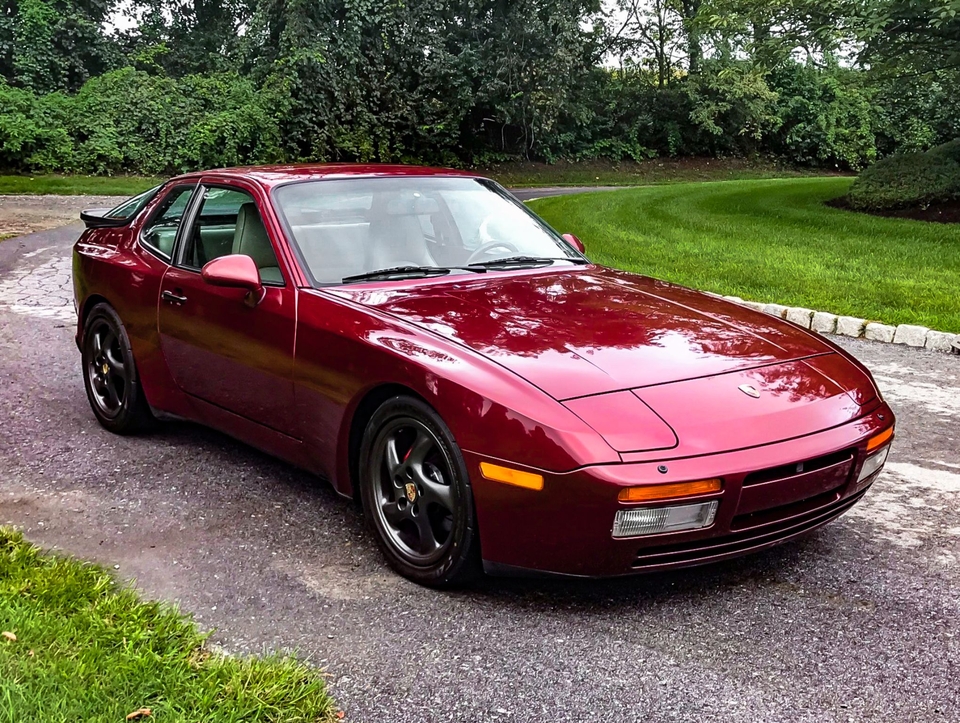 Up for auction is this 1986 Porsche 944 Turbo presented in Garnet Red Metallic over a Grey-Beige interior.  Currently under the care of its 3rd owner in Pennsylvania, this 1986 example is said to have been garage kept throughout its entire life while receiving all scheduled maintenance.  Highlighting some tasteful modifications and recent service items including the replacement of the timing belt and water pump, this 944 Turbo is said to be in exceptional condition with approximately 78k miles showing on the odometer. 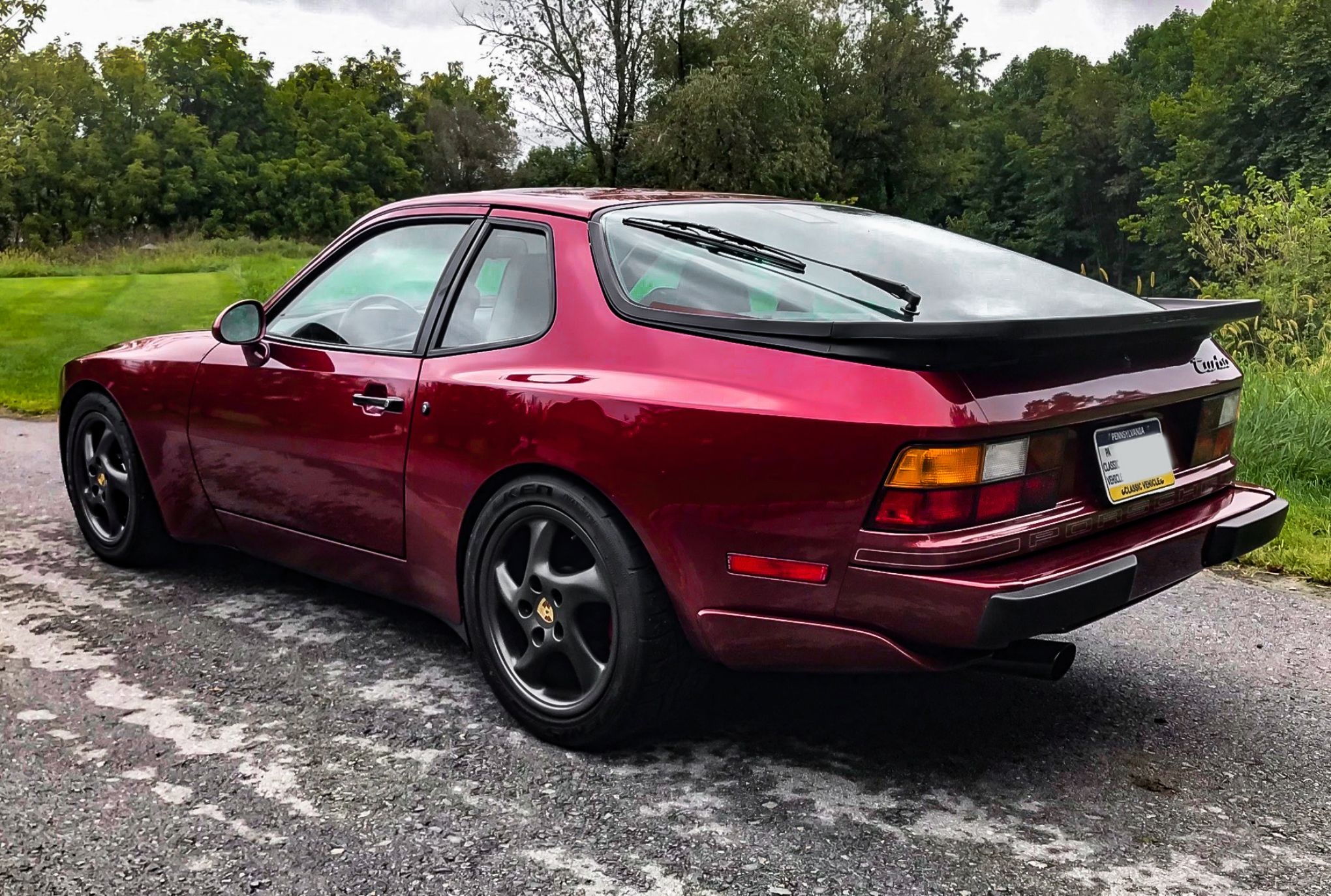 The rarely seen Garnet Red Metallic finish is said to be in very nice shape with a few minor dings and some scratches located underneath the passenger side rear stone guard (detailed images are provided in the photo gallery).  This 944 Turbo can be distinguished by its aero front fascia and body-colored diffuser situated beneath the rear bumper.  Modifications include rolled rear fenders, 968 aero mirrors and aftermarket 17” Turbo Twist-style wheels which have been recently refinished and preserved under gunmetal Plastidip coating.  These wheels are currently dressed in R compound tires bearing less than 2k miles of use and the seller indicates that an additional set of correct factory 951 Fuchs wheels will also accompany the sale. 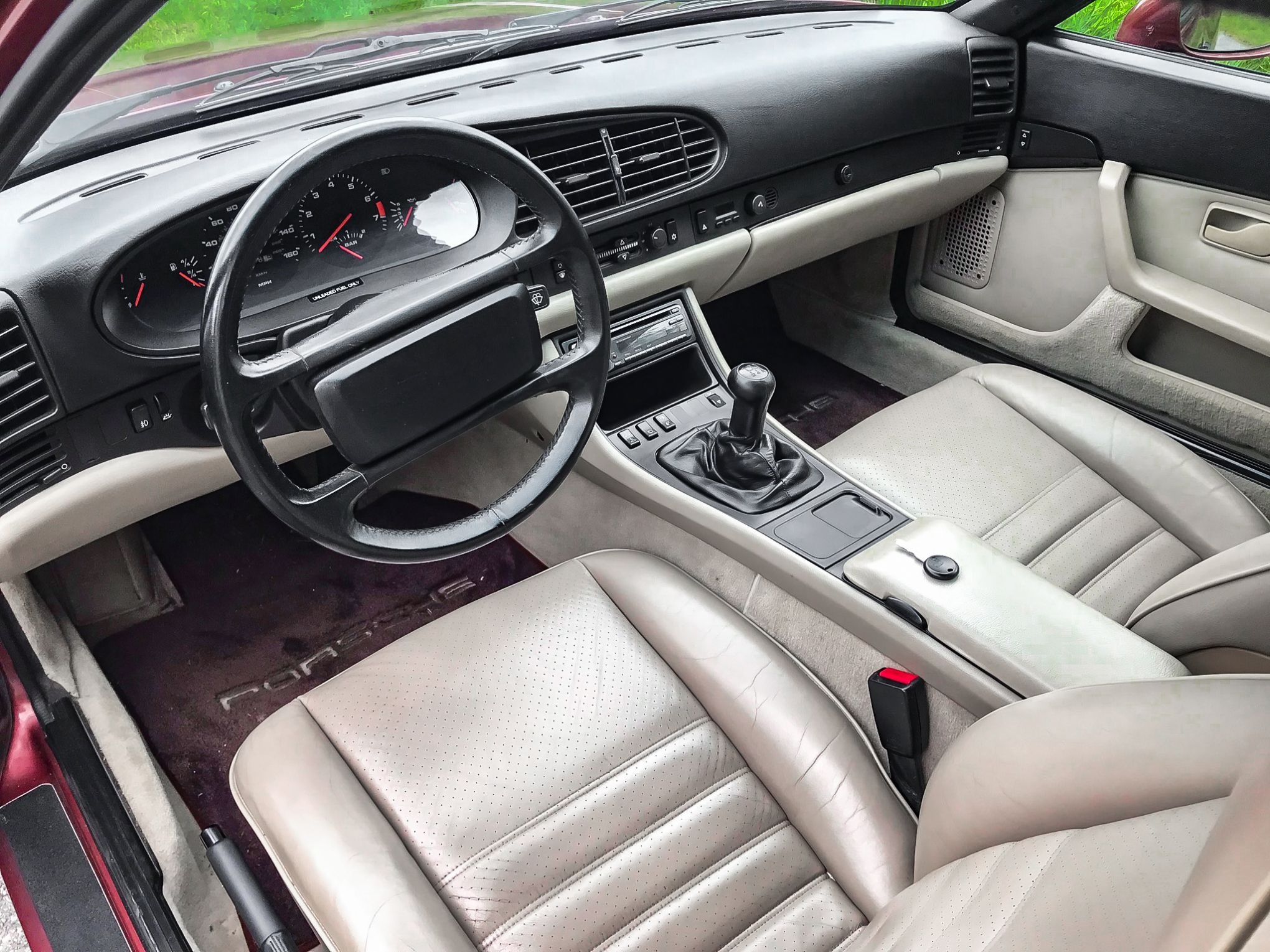 The Grey-Beige interior is reported to be in excellent condition with some minor wear on the driver’s seat bolster.  An aftermarket radio has been installed which is currently inoperable, however, the seller will also be including a brand-new Sony stereo.  The air conditioning is said to be nonfunctional along with the inner rear hatch release, power window switches and sunroof tilt feature.  The gas gauge is also reported to be a little sticky, although the seller has confirmed all other gauges and accessories to be working properly. Factory option codes listed on this car include: 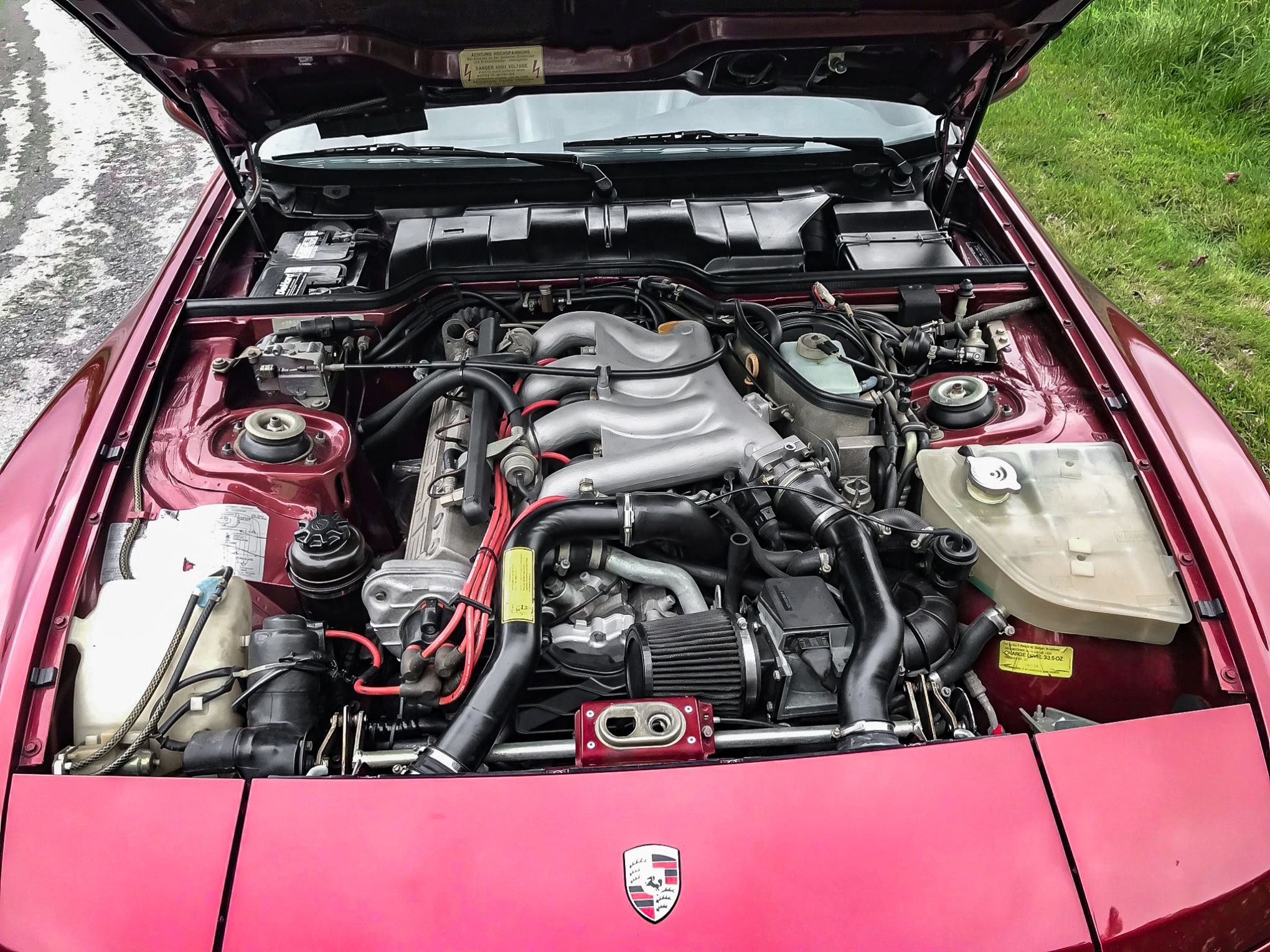 This 944 is equipped with a 2.5 L turbocharged inline 4-cylinder engine which is rated at 220 HP stock.  Power is distributed to the rear wheels through a 5-speed manual transmission which had a new clutch installed at 69k miles.  An engine performance chip has been installed along with a K&N air filter, and the seller indicates that all new belts have been recently installed along with a new water pump, battery (2020) and starter motor.  This Turbo is noted to be in fantastic driving order. 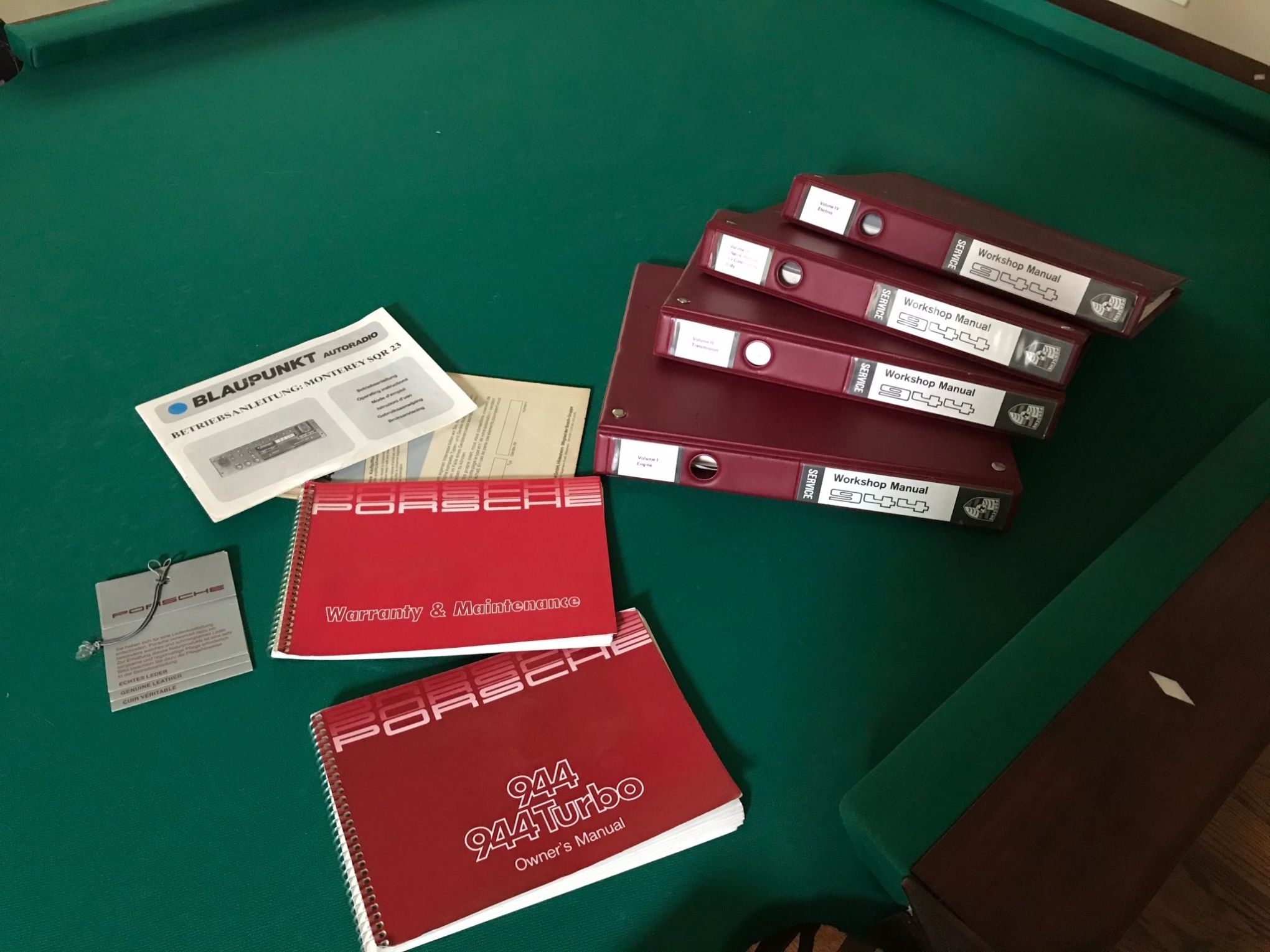 The sale of this 951 will include a set of 2 keys, a clear title, original owner’s books and factory workshop manuals, some service records, a toolkit and air compressor. Do not miss out on this ideal opportunity to own a nicely configured 944 Turbo.