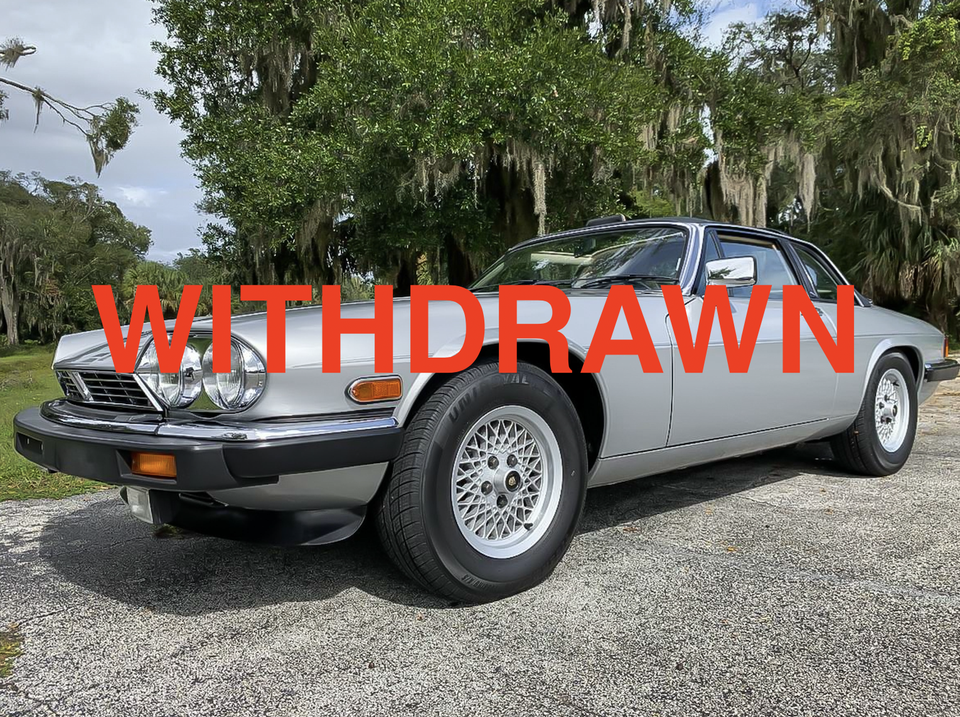 Now available for auction is this well-preserved 1987 Jaguar XJ-SC V12 “Targa” finished in Talisman Silver over a luxurious black leather interior.  Originally purchased in Orlando, FL., this 1987 example is said to have been driven by its original owner up until 1992 at 23k miles when it was put away in their garage due to the owner’s health condition.  After approximately 30 years in storage, this Jaguar was purchased by the current owner who carried out extensive refurbishment while retaining as much originality as possible.  It would go on to win the “Best in Class” at the recent 2020 Sir Stirling Moss Concours as well as being invited to the upcoming concours at Amelia Island.  Representing one of a reported 185 V12 examples to have been produced for the U.S. for the 1987 model year, this XJ-SC is now being offered for auction by its seller in Florida with just over 24k miles showing on the odometer.

This XJ-SC is finished in Talisman Silver, and the seller states that this car has been garage-kept throughout its entire life.  After being brought out of storage, this example was painstakingly detailed to restore the luster of the original finish.  Detailed images are provided in the photo gallery.  As the interim open-top model offered by Jaguar up until the introduction of the XJ-S convertible in 1987, these “Targa” versions are seldom seen, and the removable top on this example is said to remain in excellent condition inside and out. LED turn signal bulbs have been installed for improved visibility and the factory cast alloy wheels have been recently mounted with new V-rated tires within the last 500 miles.

Inside, you will find an accommodating black leather interior that is noted by the seller to be in exceptional condition.  The rare factory lambswool floormats have been retained and the seller has also had custom floormats made to protect the original carpet.  Other than the updated LED dashboard lights, the cabin is said to have been left entirely original.  All gauges and accessories are also reported to be in proper working order.

Power is derived from a robust 5.3 L HE V12 SOHC 24-valve engine that sends as much as 262 HP and 290 lb.-ft of torque to the rear wheels through a smooth 3-speed automatic transmission.  Other mechanical features include front and rear disc brakes, independent suspension, and a limited-slip differential.  Since purchasing the car, the seller has reportedly carried out all necessary maintenance items including new brake pads and rotors, spark plugs, a water pump, fuel tank sending unit, upgraded aluminum radiator, fluids, and filters, as well as cleaning of the fuel injectors and engine compartment.  A complete collection of service records is said to be included dating back to the original purchase.

This sale will include a factory V12 service manual, original literature, the original window sticker, spare tire, and a clean title. Whether you’re in search of a show car or a true time capsule to be enjoyed on a weekend drive, this rare Jaguar XJ-SC V12 offers a perfect opportunity.