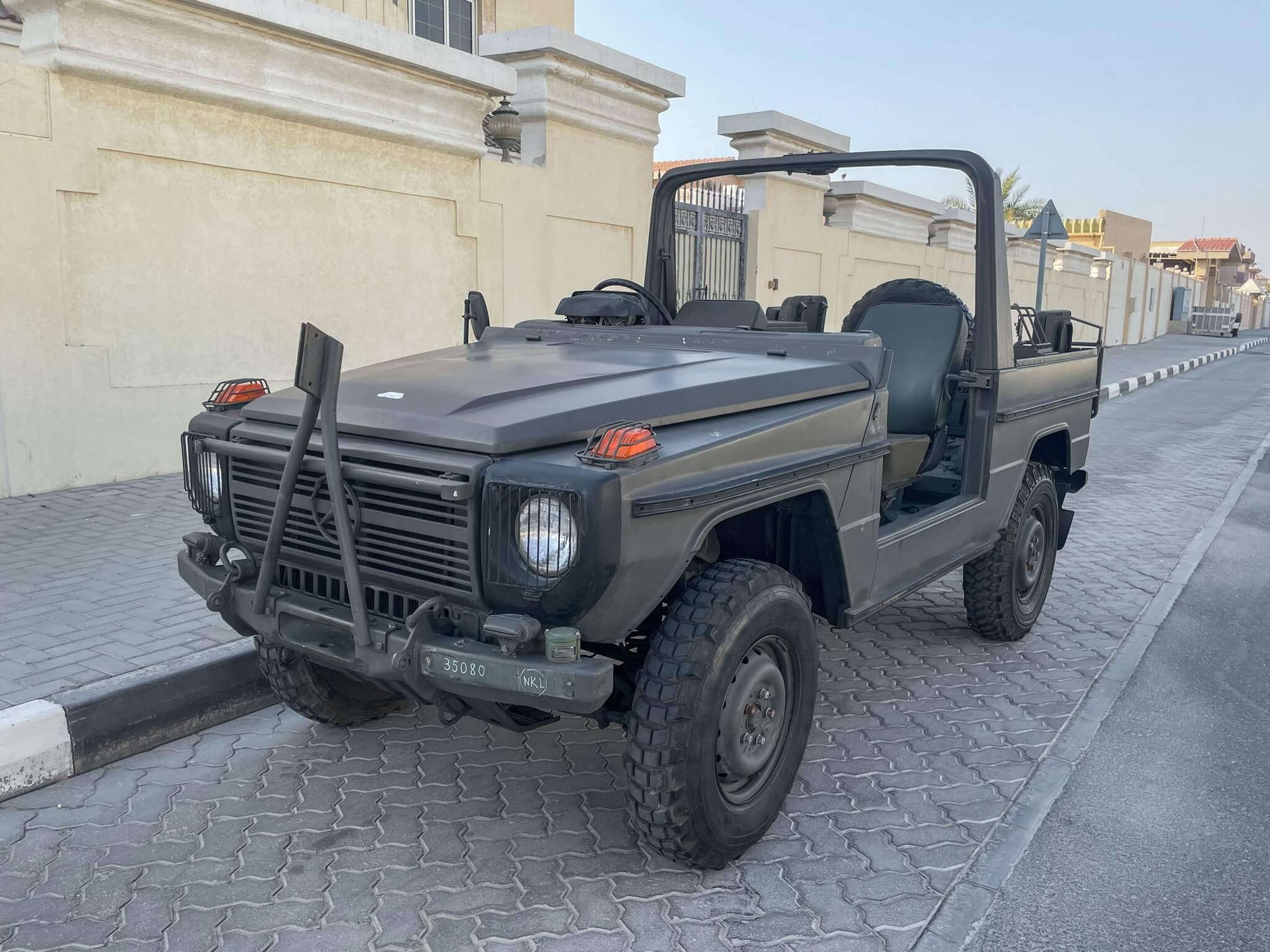 Available for auction is this highly original 1987 Mercedes-Benz W460 240GD 4x4. Representing the original “Geländewagen”, the W460 was built from 1979-1992 and is regarded as the purest expression of the G-Class with its rugged utilitarian design.  It was developed as a military vehicle following the suggestion from the Shah of Iran to Mercedes-Benz and has been employed by various militaries around the world ever since.  This right-hand-drive 1987 example is said to have been owned by the Singapore Armed Forces (SAF) while spending most of its life as military surplus in storage.  A true time capsule and a rare collector’s item, this G-Class is now being offered for auction by its owner out of the United Arab Emirates while showing only 425km on the odometer. 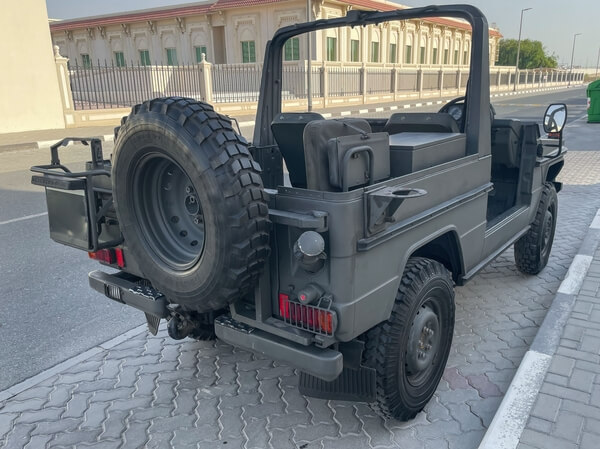 The military-spec olive-green matte finish is retained and shows patina from years of storage. The seller notes that some rust spots are visible and that some of the plastic pieces have been aged from sun exposure. Additional photos are provided in the gallery. The exterior comes equipped with an array of rugged accessories including headlight and turn signal guards, rear mud flaps, a rear-mounted spare tire carrier, gas can holder, and an integrated roll-over bar. The 16” steel wheels are finished in matching olive green and are wrapped in original off-road tires. 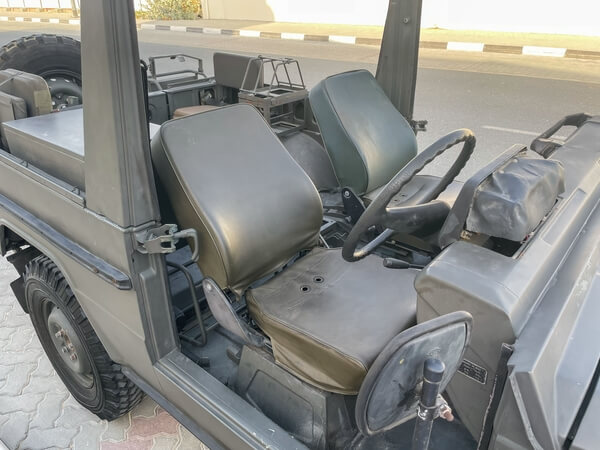 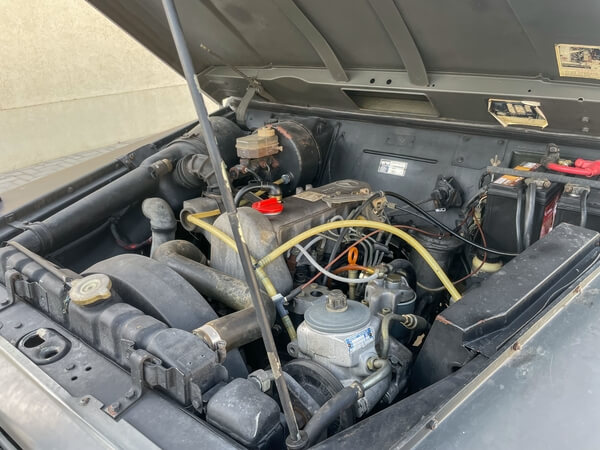 The OM616 2.4L diesel inline-four engine was originally rated at 71 horsepower and 101 lb.-ft of torque. Power is sent to all four wheels through a four-speed manual transmission and a two-speed transfer case. The seller notes that original factory fluids are in use and that the vehicle remains in running condition. 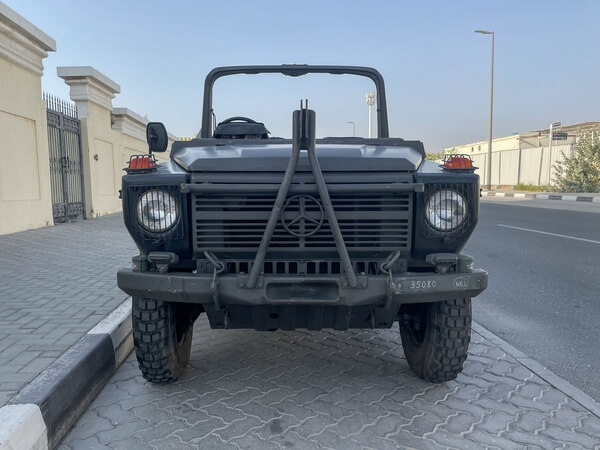