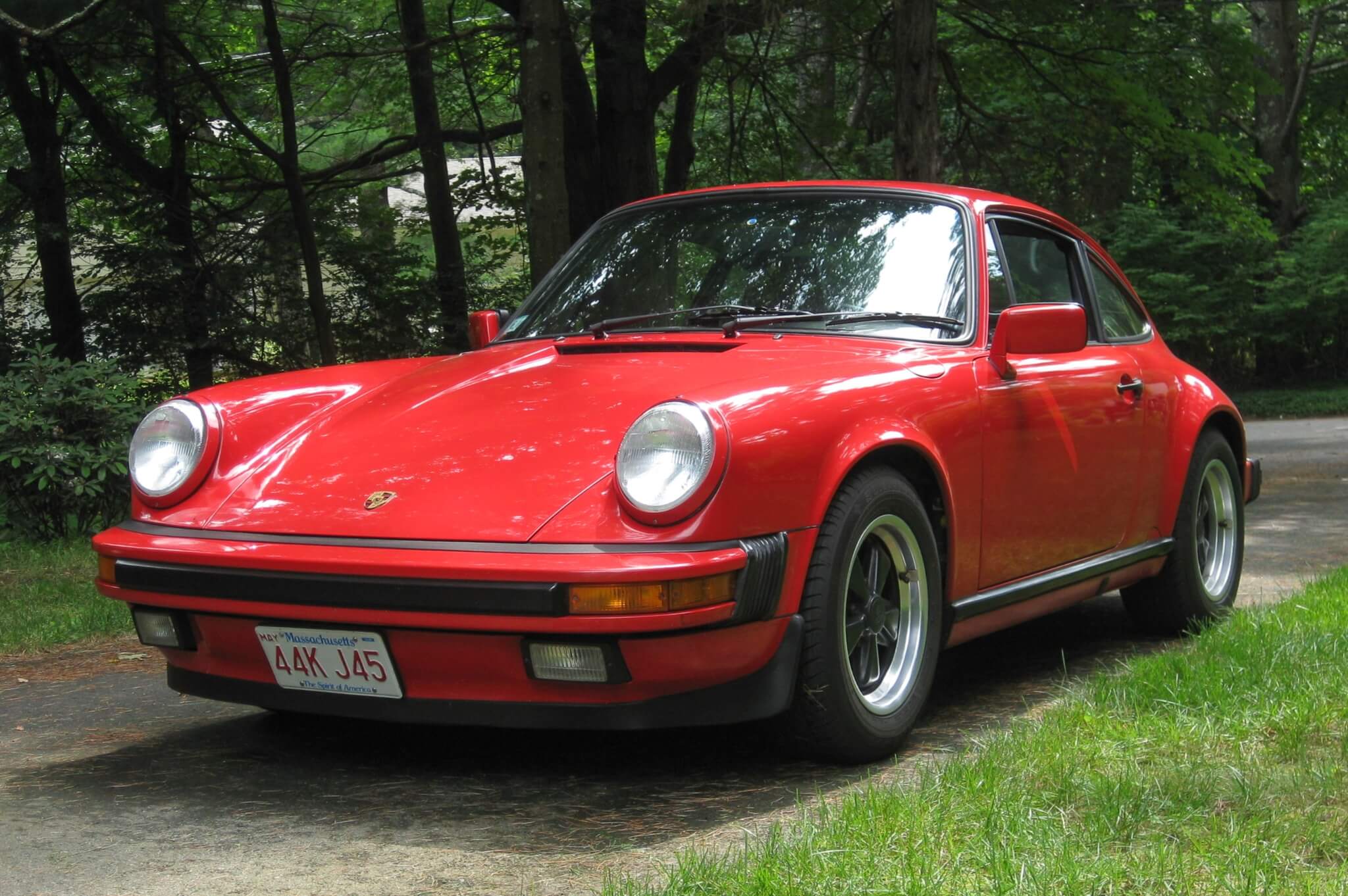 Finished in Guards Red over a Black leather interior, this 1987 Porsche 911 Carrera marks the inaugural year of the desirable G50 manual gearbox. It was factory equipped with a Blaupunkt Reno SQR 46 cassette radio, a central locking system, automatic climate control, cruise control,  sport shock absorbers, and a sunroof. This 911 Carrera was delivered new in North Carolina, and spent time in Florida before being acquired by the current owner in 2005 with 74,300 miles. Under their care, the top end of the engine was rebuilt including new cylinders, pistons, valves, valve guides, and an update of the gearbox release fork and bearings. Accompanied by detailed service records since new and now showing just over 94,600 miles on the odometer, this 1987 Carrera is being offered at auction by the seller based out of Massachusetts. 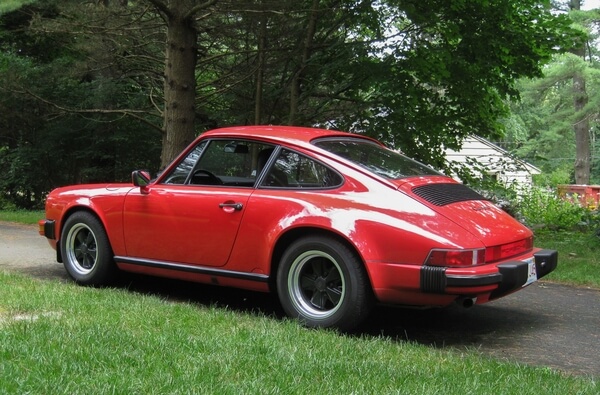 Finished in traditional Guards Red (027), this 911 features a power-operated sunroof, integrated fog lights, and impact bumpers with black trim. The seller reports that the vehicle has been kept in a climate-controlled garage and stored under a car cover, and has been regularly detailed. The seller also notes that the rear engine cover was replaced due to cosmetic reasons, detailed images are provided in the gallery along with a clean CARFAX report. The 15” Fuchs wheels are finished in black with a machined lip, and are mounted with Pirelli P600 tires displaying date codes from 2015 with less than 4500 miles driven, and an additional set of non-original 16” Fuchs wheels will accompany the sale, though the seller states they are in need of refinishing. 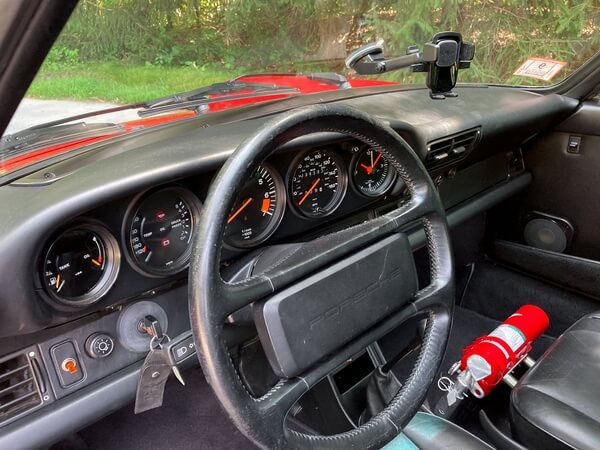 The interior is upholstered in black leather, featuring power-adjustable seats and matching door panels. Amenities include a power-operated sunroof, a ??Blaupunkt Reno SQR 46 cassette radio, a central locking system, automatic climate control, and cruise control. The driver is supplied with a leather-wrapped steering wheel, VDO instrumentation, a Quartz clock, and a passenger-side floor-mounted fire extinguisher. The seller notes some minor wear on the driver’s side seat bolster, and the cruise control is operational but not currently connected. 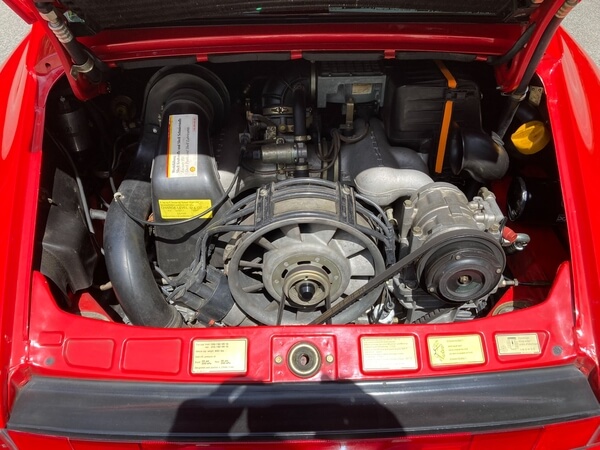 This Carrera is powered by a 3.2-liter M930/25 flat-six, which was factory rated at 217 horsepower and 195 lb-ft. The rear wheels are driven by a G50 5-speed manual transaxle. The top end of the engine was rebuilt by European Performance Engineering in Natick, MA, which included the replacement of the cylinders, pistons, valves, valve guides, as well as an update of the gearbox release fork and bearings. The seller reports that the engine oil was changed, the valves were adjusted, and the air filters were changed in October of 2021, and other recent service includes an upgraded battery disconnect switch, replacement of the alternator and ground cable, installation of a new rear deck lid strut, and a new PCV hose. The car is no longer equipped with the factory catalytic converter, but it will be included in the sale, as well as detailed service records since new. 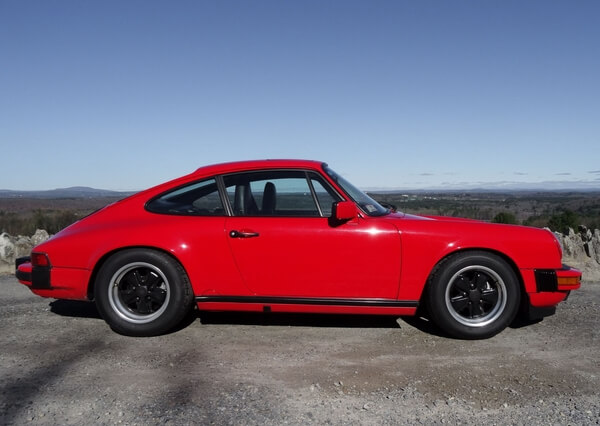 This sale will include 2 keys, owner’s manuals, the original spare tire, a car cover, an additional set of 16” Fuchs wheels, and comprehensive service records dating back to 1987.