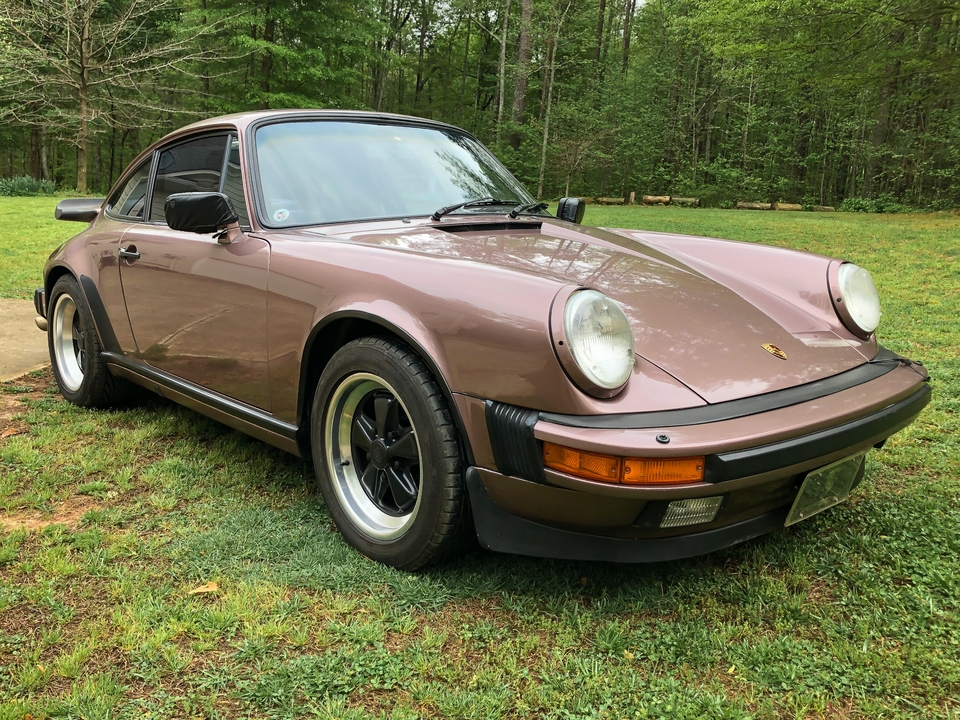 It is our pleasure to offer this 1987 Porsche 911 Carrera finished in the rare and highly sought-after combination of Cassis Red Metallic over a Burgundy interior.  Marking the first year of the desirable G50 5-speed manual gearbox, this 1987 example was purchased by the current owner in 2006 at 77k miles and was subsequently treated to a preemptive top-end engine rebuild.  The car remains with its owner in Georgia who has added only 25k miles since.  Showcasing classic air-cooled styling as well as some tasteful upgrades and modifications, this Carrera is now being offered with approximately 103k miles showing on the odometer, accompanied by original books, tools, and service records dating back to the original purchase. 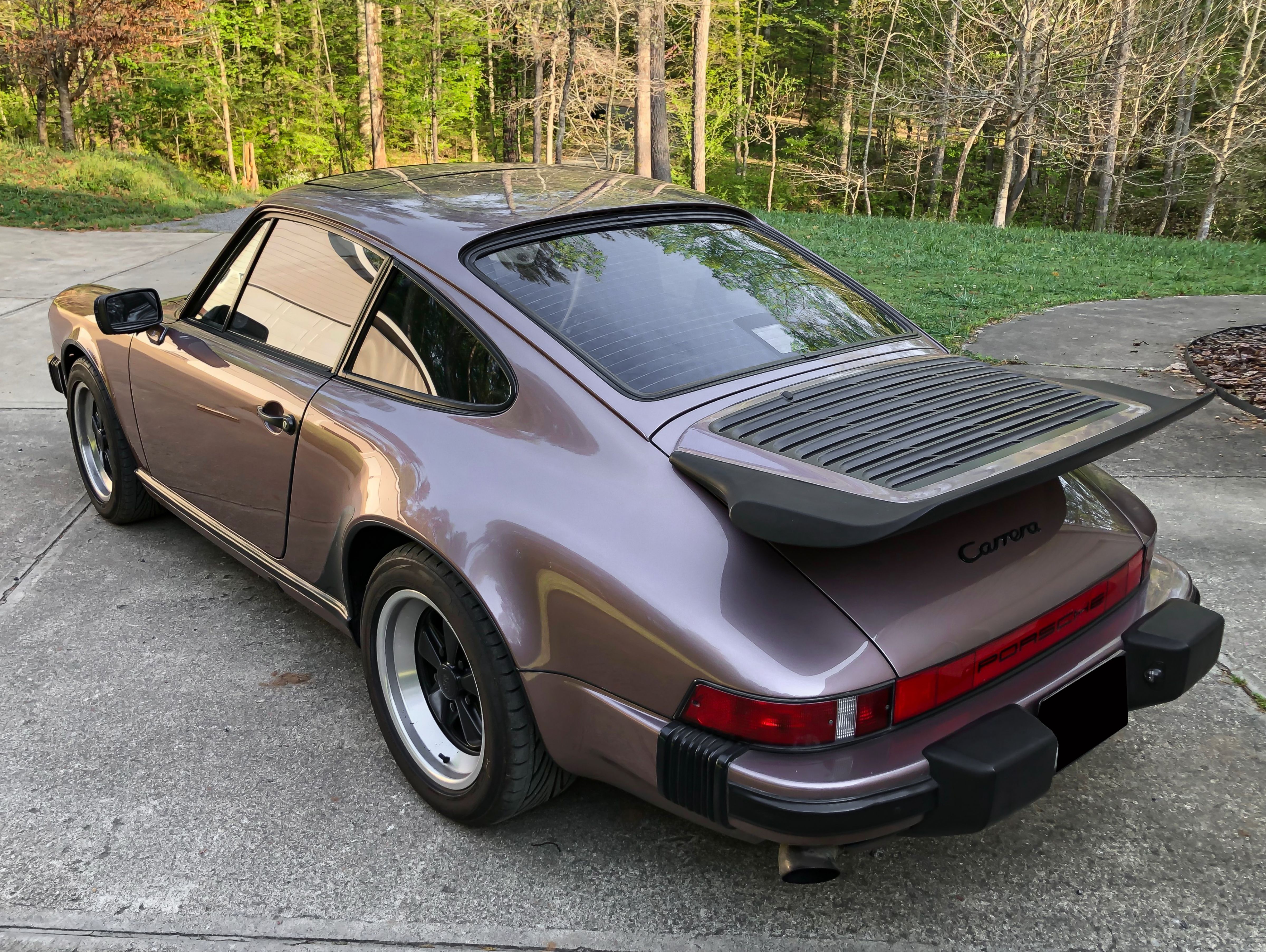 This Carrera is finished in the rarely seen shade of Cassis Red Metallic.  The paint is described by the seller to be in very good original condition overall, aside from some light road-going wear and small imperfections as depicted in the photo gallery. CARFAX shows minor rear-end damage to have occurred in 2007, which the seller reports to have been limited to the rear bumperettes. The body panels are also noted to be free of any rust issues.  This example features front and rear spoilers, black stone guards, and upgraded 7” x 8” genuine Fuchs wheels which were installed under the current ownership.  The Toyo tires are said to have been mounted in 2014 with approximately 4k miles driven since. 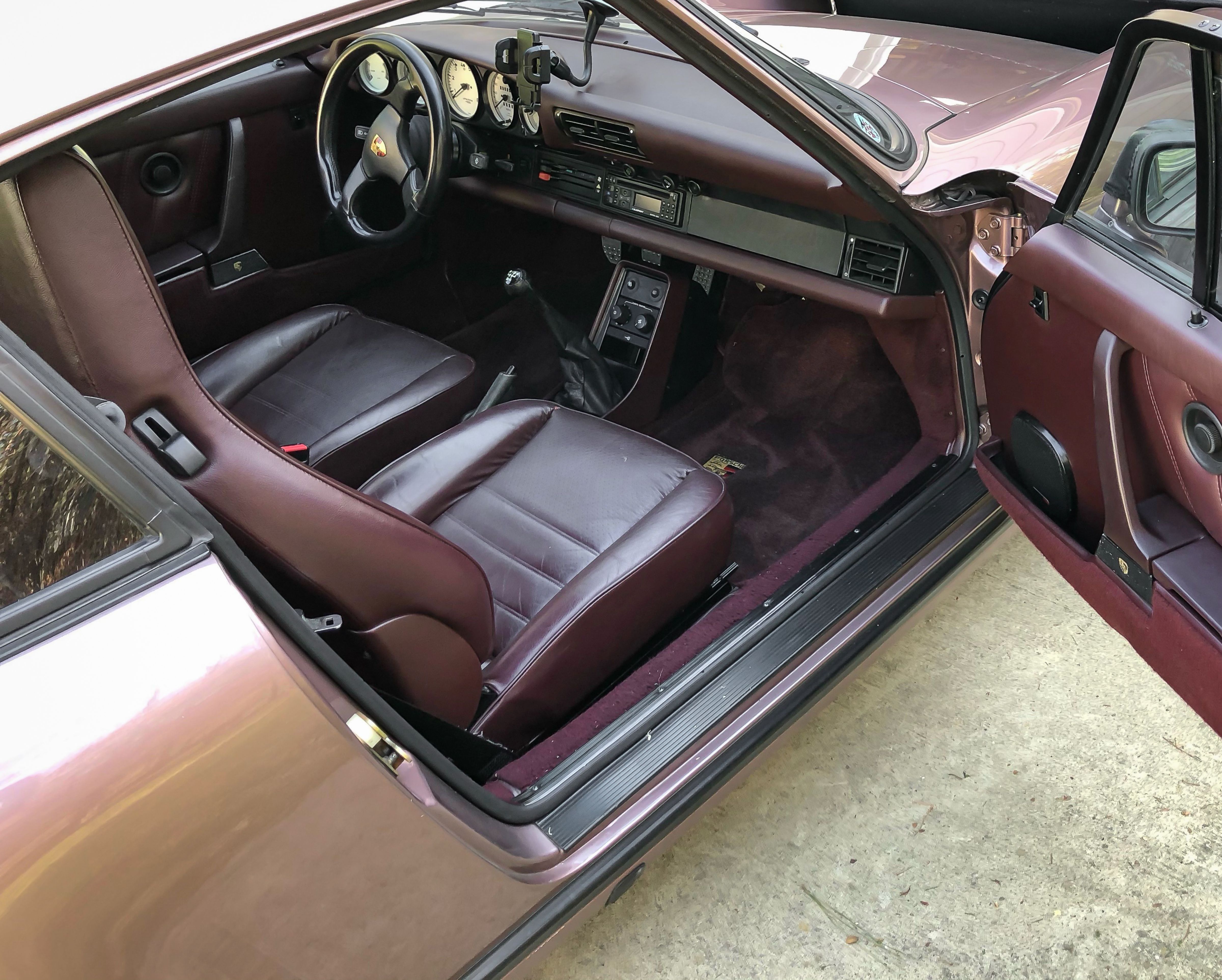 The eye-catching finish is beautifully complemented by a Burgundy interior.  Factory features include a Blaupunkt radio, high-intensity windshield washers, headlight washers, a central locking system, automatic heating control, cruise control, an alarm system, and a sunroof.  Modifications include a 930S-style steering wheel, Porsche-crested Lloyds floormats, and white instrument dials from North Hollywood Speedometer.  Under the current ownership, the air conditioning system has been refurbished with a new blower motor, condenser unit, and R134a conversion.  The A/C lines are reported to leak slightly and are recommended for replacement. The sunroof, driver's seat adjustment, power windows, central locking doors, and window wipers are all said to be working properly. 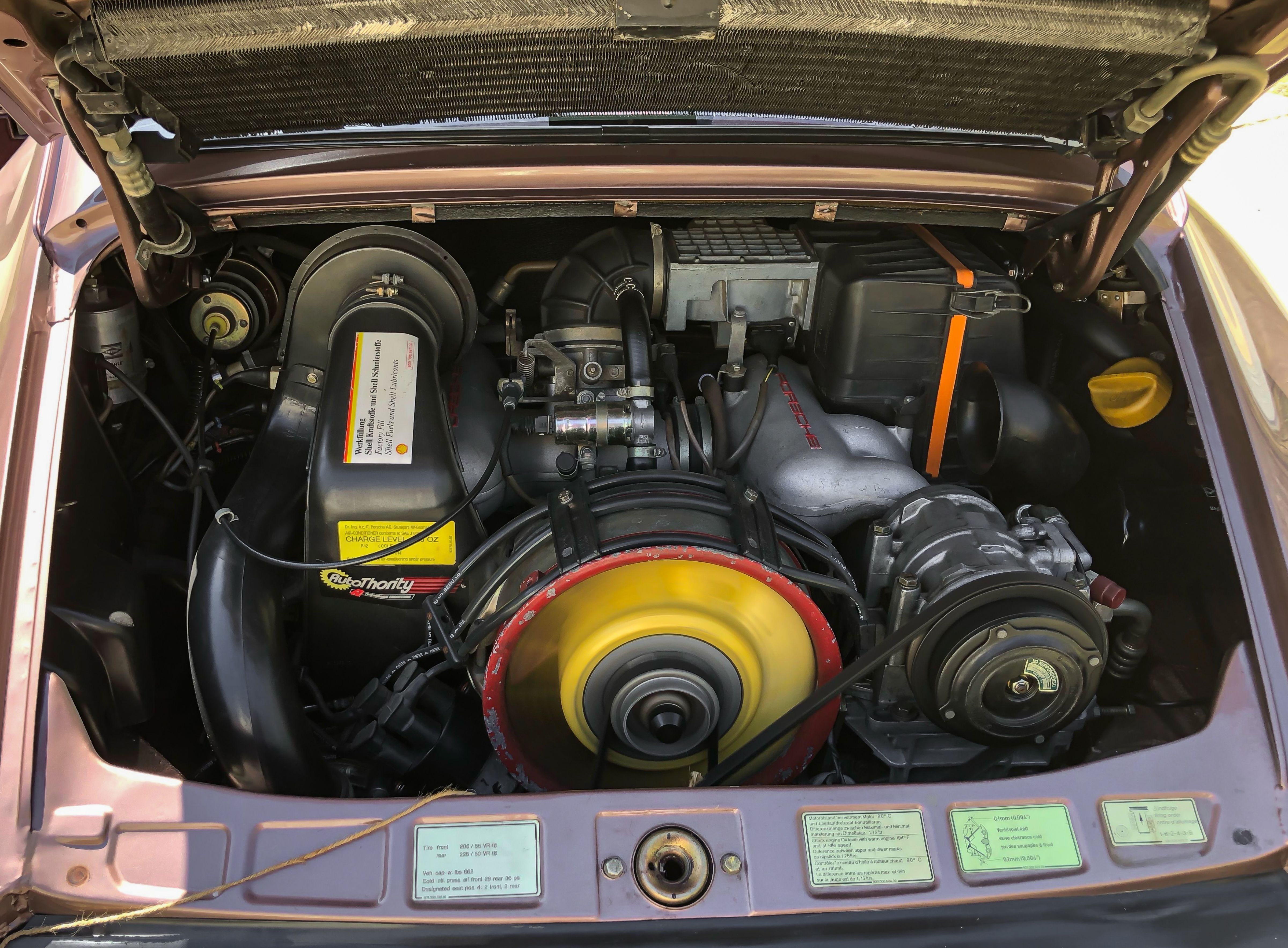 This Carrera is equipped with a 3.2L flat-six engine paired with a reportedly numbers-matching G50 5-speed manual gearbox.  In its stock configuration, this engine is capable of putting out 217 HP to the rear wheels.  Upgrades installed under previous ownership include Turbo tie rods, a bump-steer kit, Koni shock absorbers, a front strut tower brace, a Steve Wong chip, and a B&B exhaust system with headers.  Upon the seller’s purchase in 2006, a top-end engine rebuild was carried out and the car has been driven approximately 25k miles since.  More recently at 100k miles, the distributor cap and rotor, spark plugs, and ignition wires were replaced.  The seller reports the car to have only ever required routine maintenance under their ownership and states that service records will be included dating back to the original purchase. 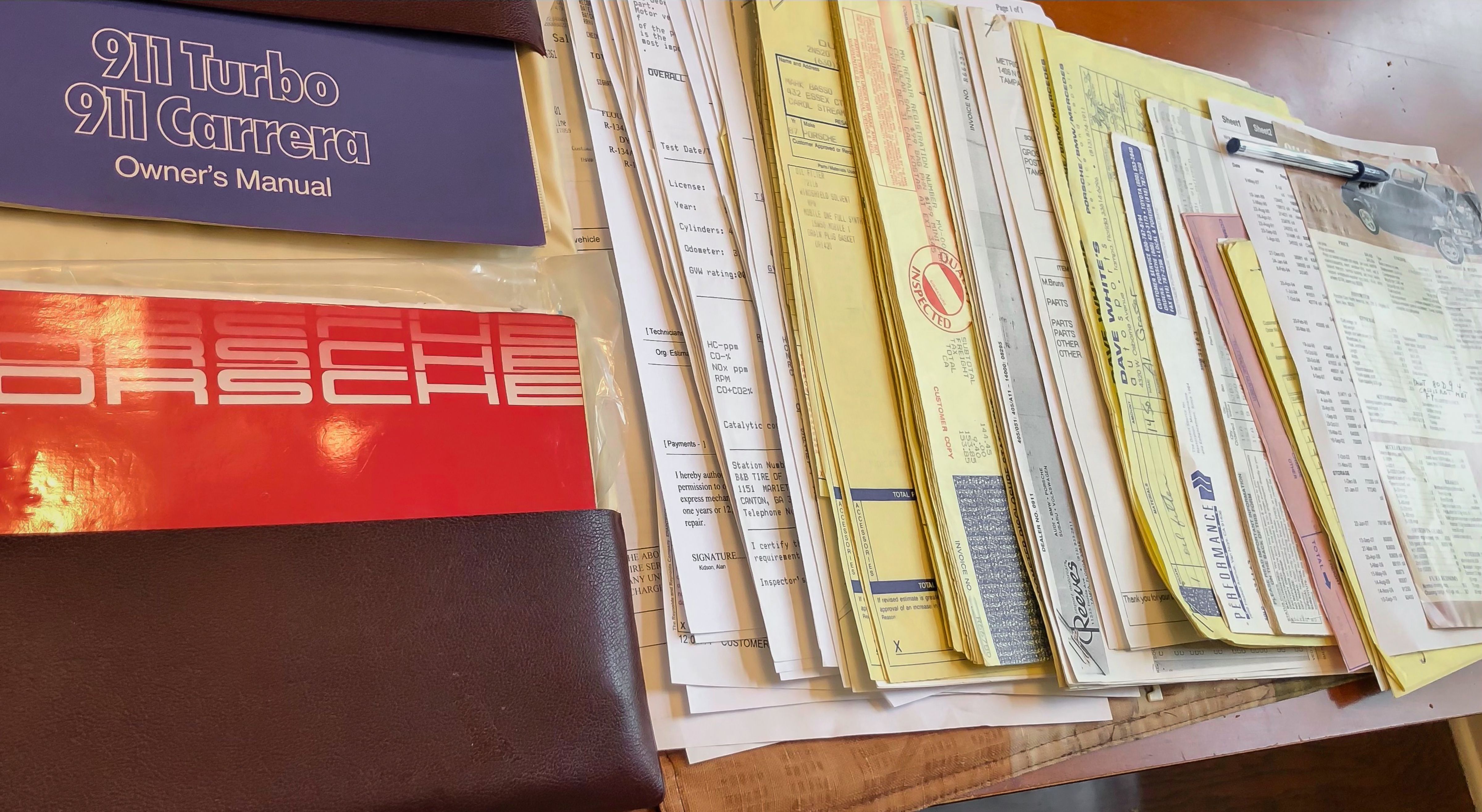 This sale will include a collection of owner’s manuals, a spare tire, original toolkit, air compressor, maintenance records, and a clean title.  With its impeccable color combination and desirable G50 gearbox, this Carrera would make a fine addition to any air-cooled enthusiast’s garage.