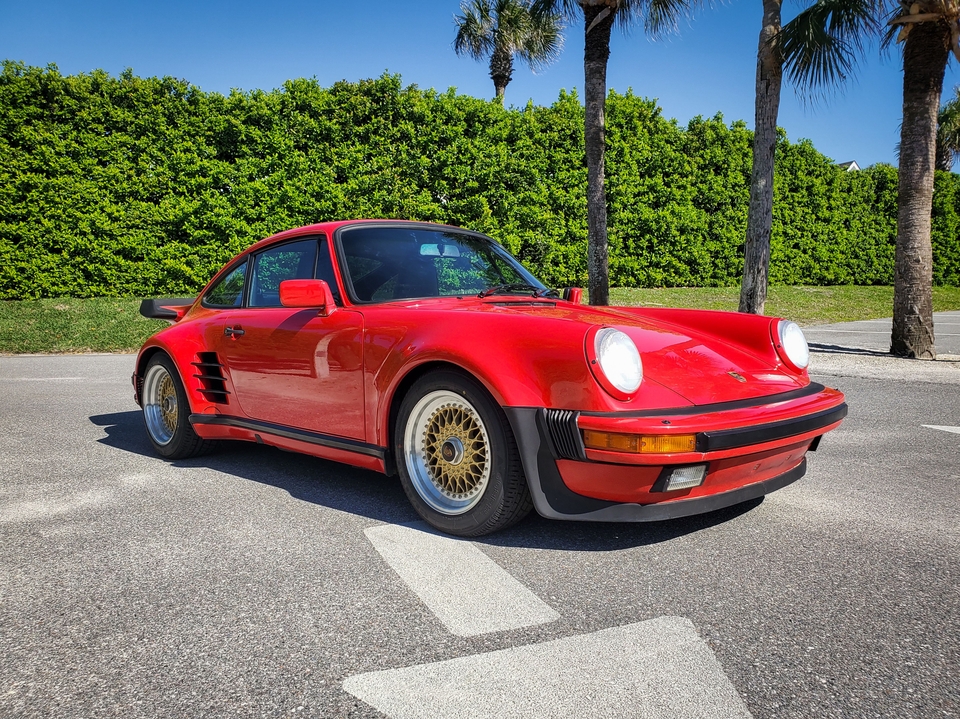 Now available for auction is this low-mileage 1987 Porsche 911 Turbo finished in Guards Red over a black leather interior.  Purchased by its second and current owner in 1988, this Turbo had already been treated to custom modifications including 930SE-style rear fenders, a revised rear bumper, a DP/Kremer-style rear spoiler, genuine BBS wheels, and more.  Under the current ownership between 2003-2005, a top-end engine rebuild was carried out along with the installation of upgraded titanium valves, a twin-plug ignition system, and a larger turbocharger resulting in a claimed output of approximately 580 HP.  With a recent major service carried out within the last month at a reported cost of over $10k, this remarkable 911 Turbo is now being offered for auction by its longtime owner out of Florida while showing just over 16k miles on the odometer. 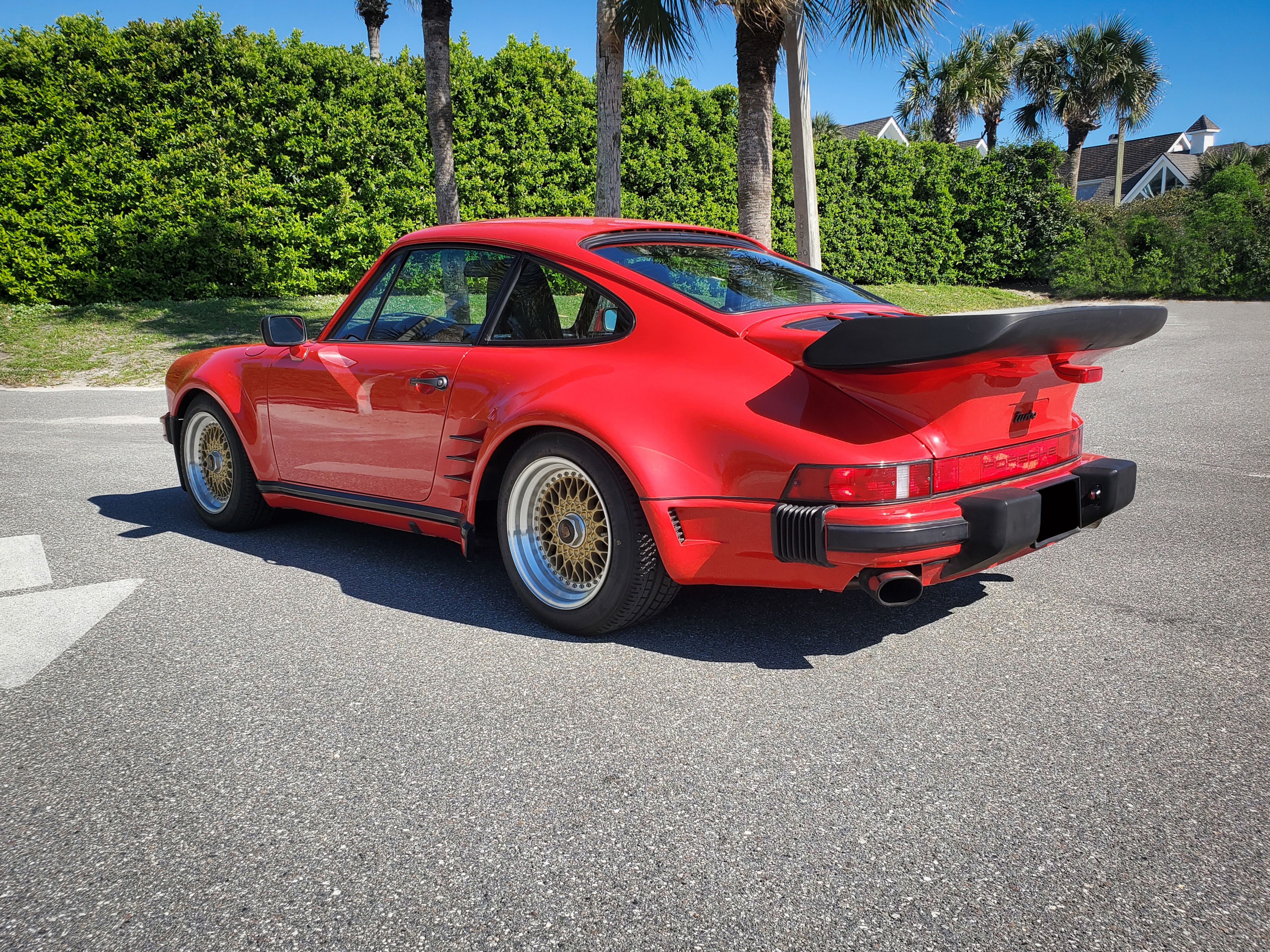 Having been garage-kept over the past 33 years, the Guards Red finish is said to be in very good overall condition.  A professional paint correction was performed in 2015 and detailed images are provided in the photo gallery along with a clean CARFAX.  Under the original ownership during the car’s first year on the road, this 930 was equipped with vented 930SE-style rear fenders, a DP/Kremer style spoiler, a revised rear bumper, and 3-piece 16" BBS wheels which have all been retained to this day. 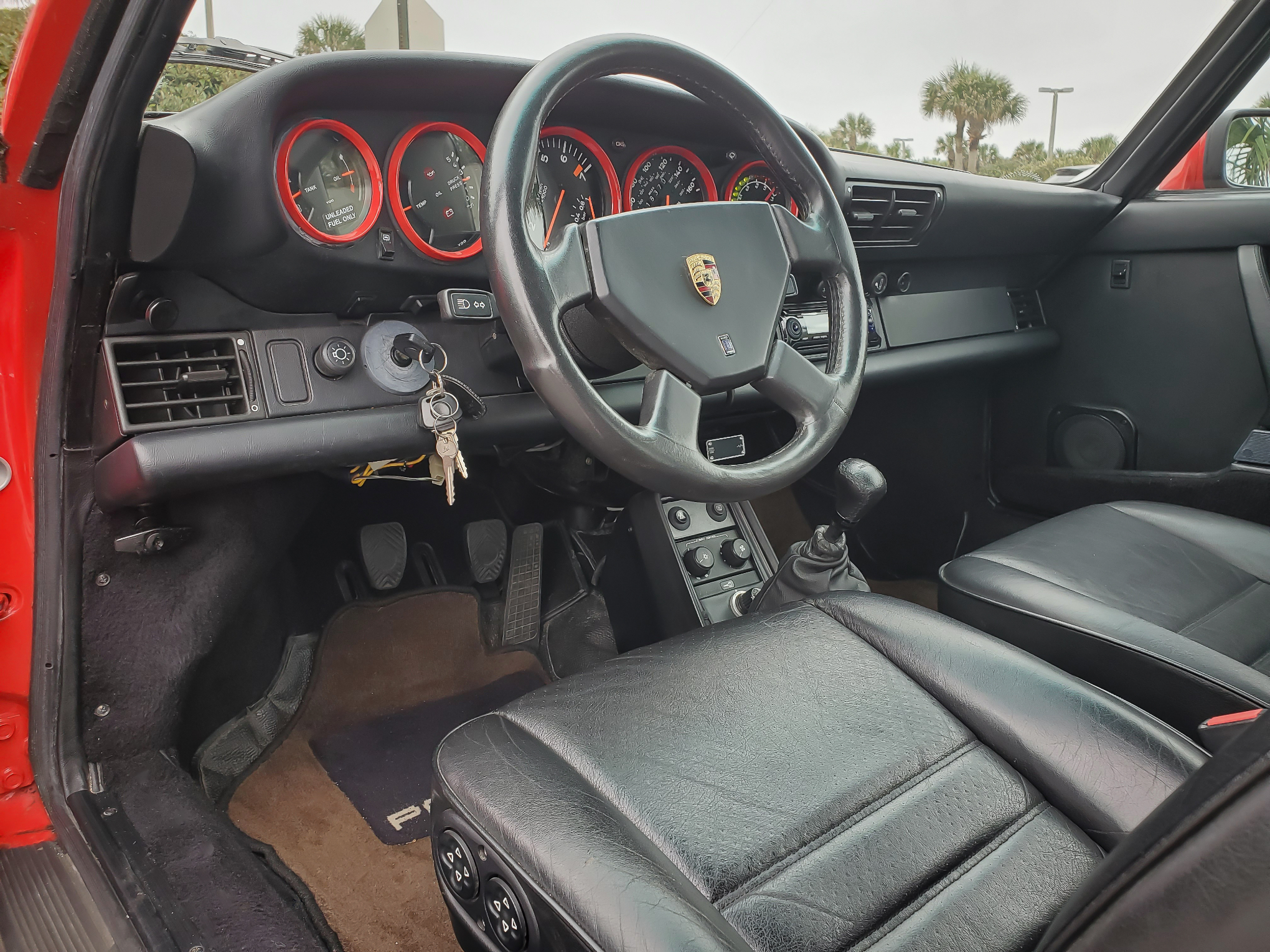 Inside, you will find a black leather interior modified with a MOMO shift knob, a 4-spoke Nardi steering wheel, and an Andial boost gauge in place of the clock. An updated Blaupunkt radio has also been installed along with additional upgraded speakers, a cabin-mounted computer Electromotive Tec-3 standalone engine management, and tilted gauges with red-painted bezels. The A/C compressor is said to have been replaced within the last 2 months and the cabin is reported to be in great shape. 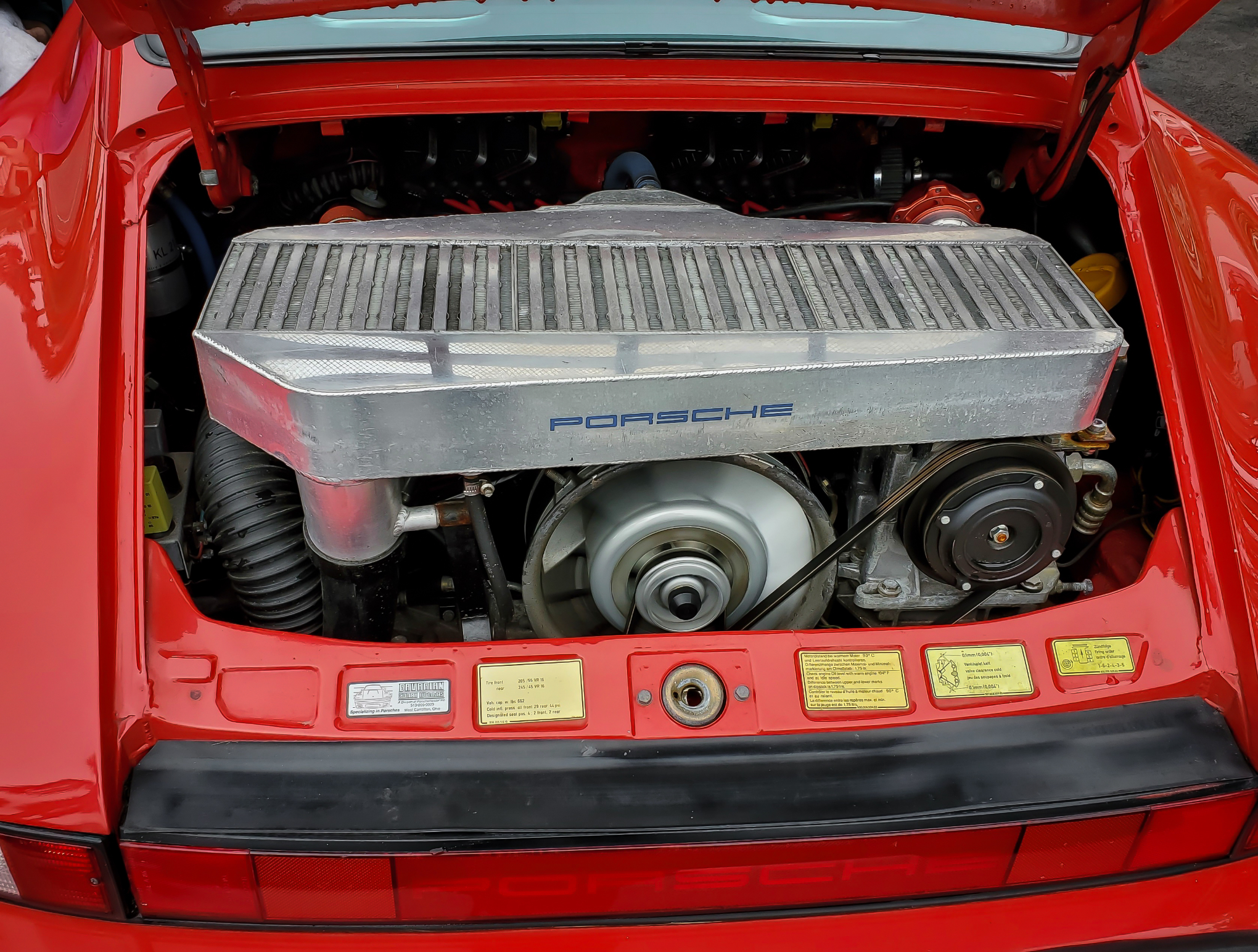 The 3.3 L turbocharged engine is paired with a 4-speed manual gearbox and limited-slip differential that drive the rear wheels.  It has been upgraded with a custom intercooler, TiAl blowoff valve, and B+B headers and muffler. Between 2003-2005, the owner had commissioned a top-end engine rebuild which also included the installation of a twin-plug ignition system, larger titanium valves, Electromotive electronic fuel injection, and a larger turbocharger.  The result of these upgrades is a claimed output of approximately 580 HP.  Within the last two months, a $10k service was carried out to bring the car up to excellent mechanical order which included new fluids, filters, spark plugs, wires, gas tank cleaning, and more. 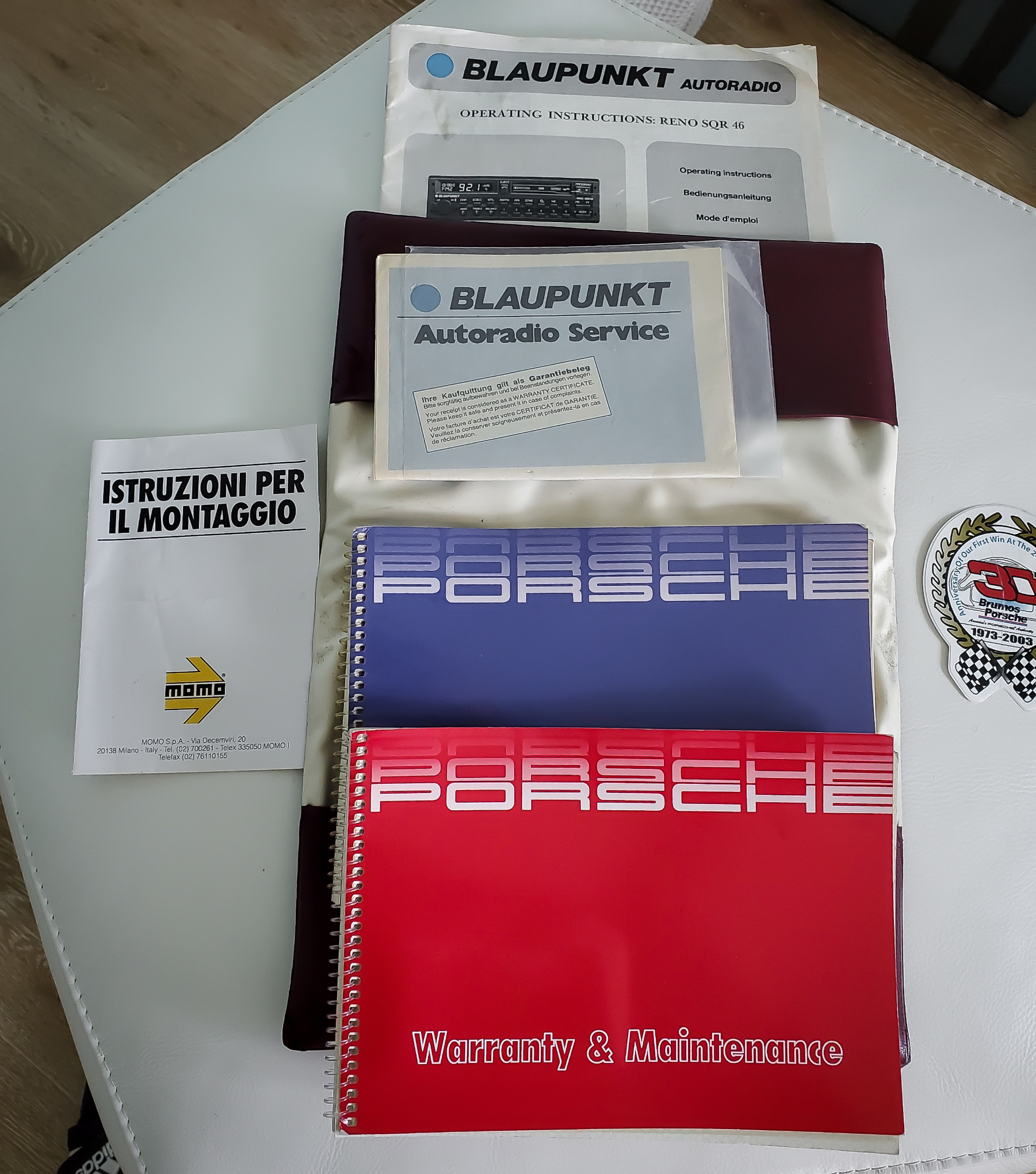 This sale will include the original owner's books, tools, and a clean title.  This is a fantastic opportunity to own a low-mileage Porsche 930 with authentic period modifications, do not miss out